When dealing with rats, a concern of some over the use of poison bait blocks is the risk of secondary poisoning by pets and other if they find and then eat a rat that died from the poison.

Does anyone have actual experience where this has happened? A confirmed case where a dog, cat, chicken or other has actually been harmed from this? If so, please describe in detail how it happened.

BTW, if you have concern that it COULD happen, I won't argue with you there. I don't question your concerns. What I'm looking for is proof that it DOES happen.

I havent experienced this but did some research on this when i had a bad rat problem a year ago. And what I learnt was that the second generation poisons such as brodifacoum can be at 50-100 or more times the lethal dose in the rat by the time it diess, because one feed contains a lethal dose but it takes a week or so to kill so the rat consumes it over and over and it builds up in their system.
Generation one such as coumatetralyl and warfarin dont build up like this as the rat has to eat a number of doses before it consumes enough to kill.

I also noticed that most of the bait sold here, is gen 2 and the advertising was all implying that gen one wouldnt work, that the rats would either be immune or it wouldnt kill enough.

However, thanks to a neighbour emptying all his food scraps into a compost at the fence right beside my place, I had a MASSIVE rat problem as in seeing groups of them runni all over the placeas soon as it was dusk, so many you would almost trip over them if you went outside. Almost like a rat horror movie!
Id tried snap traps, rubber band traps, bucket traps, closing/concreting off all access removal of any food (on my side of the fence anyway), and shooting them, but there were simply too many and their numbers grew faster than I could trap or shoot the,. So I finally accepted I had to use bait. I used a gen one bait and my rat problem was fixed within a couple of weeks and has not returned.

So while i cant comment from personal experience on secondary poisoning, I read that it is definately very possible with gen 2 poisons, and unlikely with gen one. So use gen one if its a concen. Or if you must use gen two. Put it out for one night and remove the next day and suppliment with gen one.

Years ago I worked part time in a vet clinic, and saw a couple of poisoning cases, not sure if primary or secondary poisoning, but its not a nice way to die..I could go into more graphic detail as one cat was opened up when I was present so I saw what it does to their insides....Hence why I had waited till I had no other option before using bait myself..

Out of curiosity what is your reason for posting this topic?

This is the chemical in 99% rodent bait sold where I live, and apparently the worst for causing secondary poisoning...

What I find strange, is, at least where I live, there is all this rqt bait for sale, most far more toxic than needed to get rid of the rats, and none of the places thqt sell it offer vitamin K. You can get it from a health store but i had to ring around.
I wonder why places that sell it dont also sell a vitamin K treatment. I know from when I worked at the vet clinic that time is of the essence if a pet consumes poison, so surely if people had vit K on hand, whether its primary or secondary consumption, they could treat their pet as soon as they suspected, rther than delaying till they get to a vet, or because of the cost delaying till their pet has symptoms (prob too late then)
I wonder...why dont the rat bait companies sell the bait with a vit K antidote so any pet owner who suspects poisoning can give that straight away.
Last edited: Dec 7, 2018

Well no, because I am worried and don't use it... of course I can hear mice in the house since the cat passed away
but this article has some info http://npic.orst.edu/factsheets/rodenticides.html 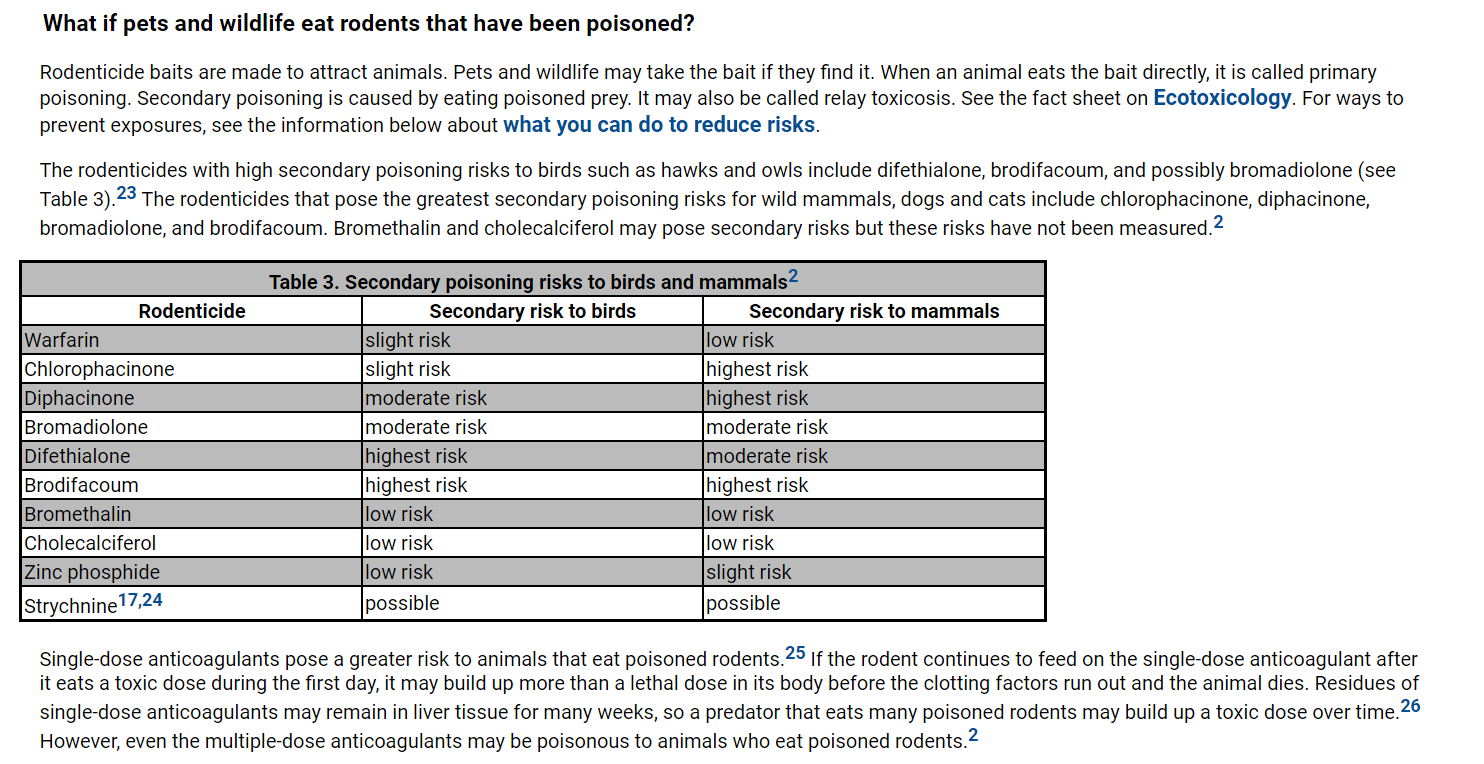 and the maker of tomcat says call poison control https://www.tomcatbrand.com/en-us/library/identifying-mice-rats/faq-rats-mice

Call any wildlife center that treats raptors and ask them. Secondary rodenticide poisoning is one of the bigger killers. it's a real thing.

I've used eaton, ramik, tomcat, just one bite etc.
I've personally saw my dogs chewing on and playing with dead rats numerous times and never had one die or become sick.
I don't know if they've ever actually eaten one and doesn't seem like they do or want to so that might be the reason they've been fine.

I had a rat infestation in one of my coops. I used this in a Tomcat bait station and eventually no more rats, I renovated the coop and took care of the problem. 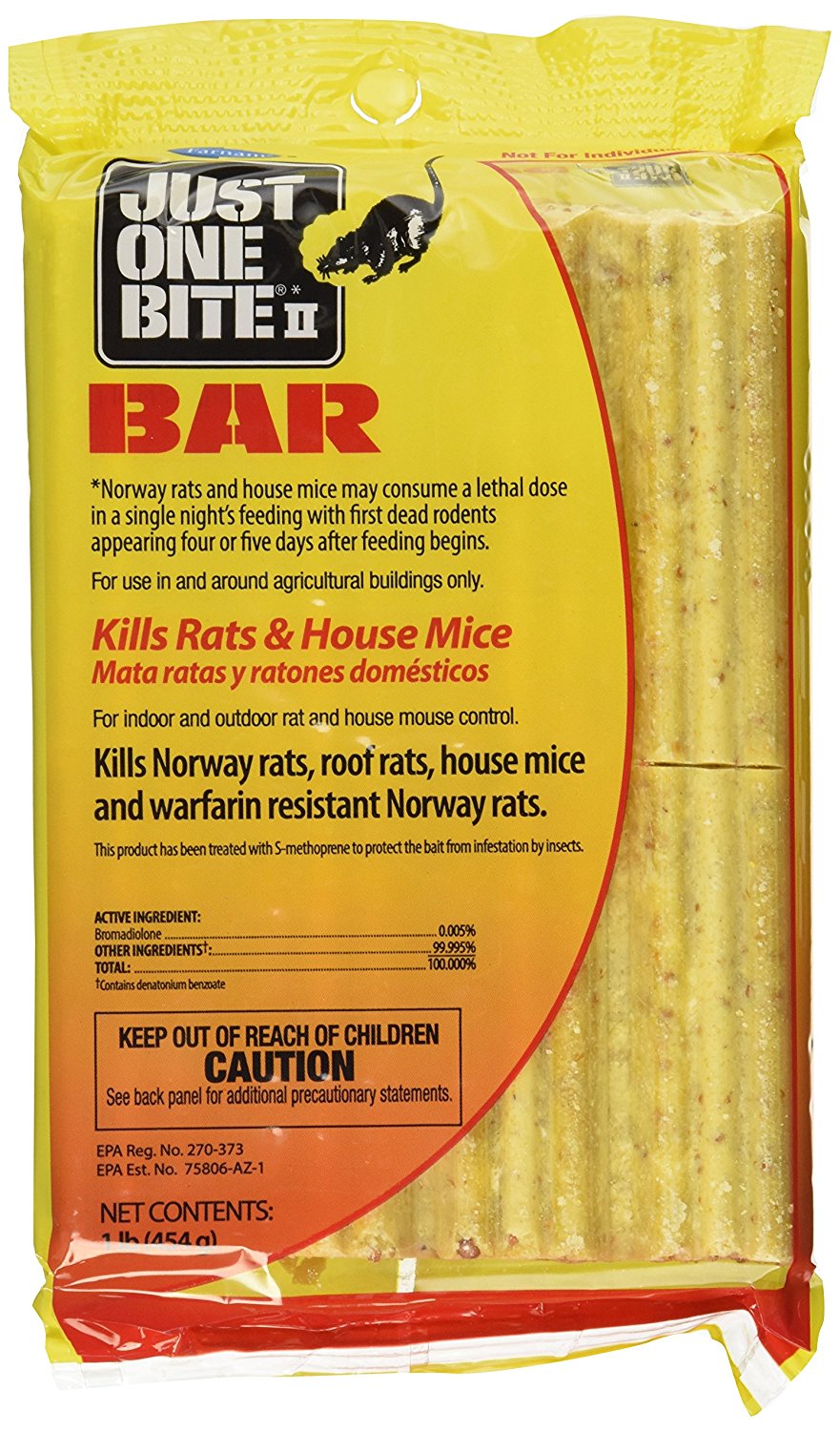 I believe my cat may have been sick from eating half a baby rat after I put out poisoning. Full recovery though. He never half ate a rat before either, he usually eats an entire rat. This one he brought half the rat to me before he hid for a day and a half (what cats do when they get sick). Poisons are not the best method for getting rid of rats but sometimes its the only one that works.

Loving chicken killed by a racoon
2