I'm creating this thread as a journal for a breeding project I've been planning for some time. I would like to take my small junglefowl hybrids that I've been raising for the last year and a half and increase their size and attitude substantially. They've already proven themselves to be great survivors in the predator-dense Florida woods. But they're very small and their practical use for meat and eggs is limited. Not totally non-existant, but not ideal. I'd like to have a larger version that's three times the size and has some more anti-predator fire. A bird that can respond to a predator in other ways besides simply being agile and avoiding being caught. To some degree, this bird already exists in the American gamefowl (albeit not as large as I'm imagining). But I want to utilize my junglefowl which have proven their hardiness. I've been compiling genetic materials over the past year and refining my junglefowl. Here's where' I'm starting:

1. My junglefowl hybrids. Their info is located in this thread:
https://www.backyardchickens.com/th...ngle-fowl-in-the-american-deep-south.1309995/

Here is my chosen bullstag to sire my F1s: 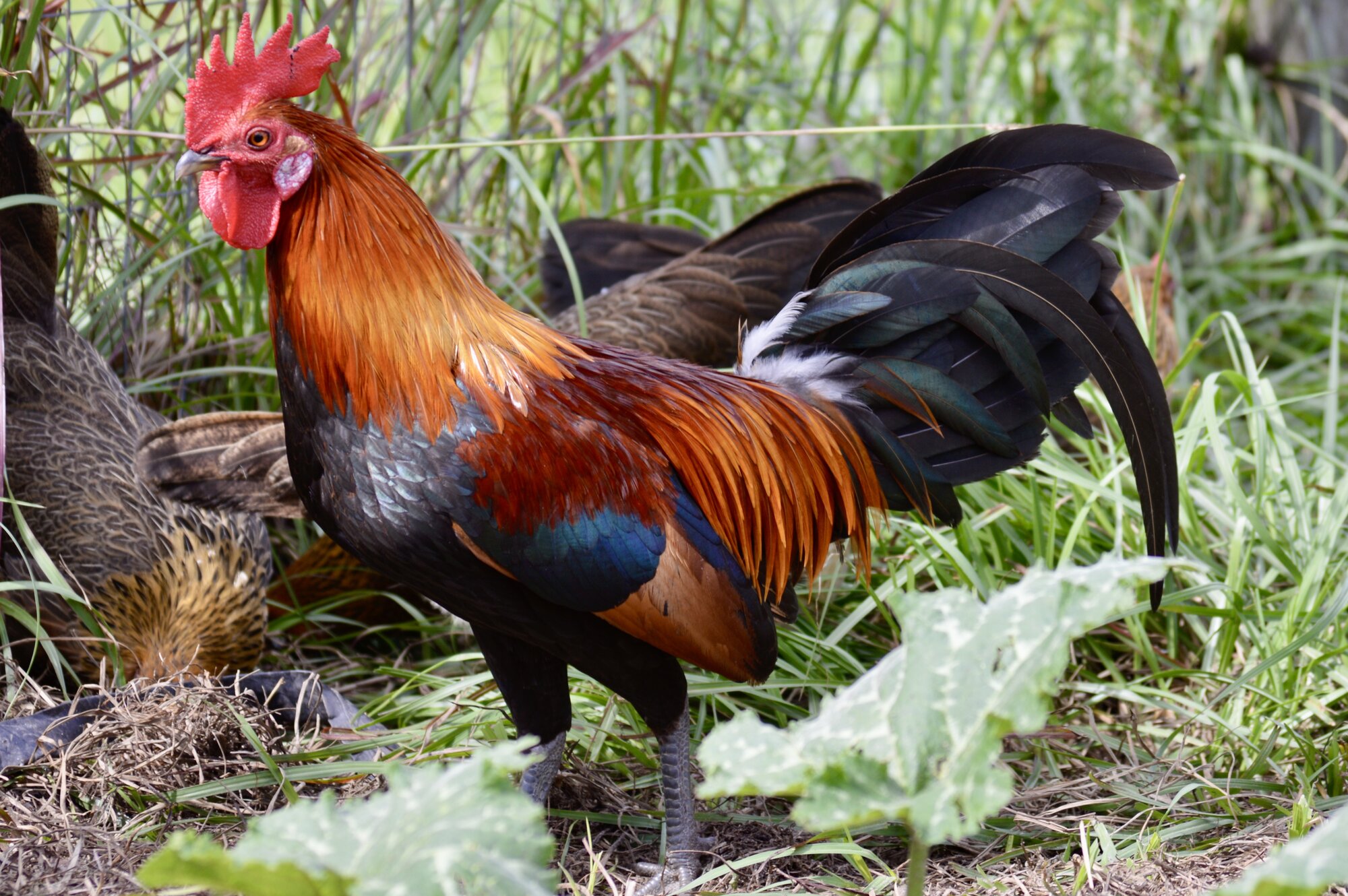 I have many junglefowl hybrid stags, but this one is my favorite that has survived two major rounds of culling. He has an athletic build and good feathering and so far I like his attitude. Human aggression was a problem in my first generation birds that I've seemed to have purged from the next generation. Of course only further generations will tell for sure. I call this bullstag "Number 1" because of a picture in which I labeled him "1" of several stags.

2. The Liege. I obtained 3 quality Liege pullets just recently. Originally I was going to avoid using the Liege in my project, but I've been so impressed with them I think they'll suit my purposes fine for my F1s. I actually wasn't expecting to find Liege on a farm near me, but low and behold I was surprised. Big thanks to hydlemour and Didby57. I don't yet have good pictures of the pullets, but this afternoon I took a quick video of one of the pullets right after a rainstorm in the breeding coop I'm going to keep them with until I get a hatch from them and Number 1.


I want to see how much of the JF traits will pass on to the F1s. So far the JF traits seem to dominate anything I cross them to, including leghorns, Wyandottes, and OEGB. The Wyandotte cross I have running around is the first one I've produced that involved breeding the JF to something other than a straight comb. I presume that I'm going to lose the straight comb on these F1s, but I suppose that also depends on what is floating around in the background of the Liege.

I have aseel on my farm I'm keeping in my back pocket in case I need to breed more fire into them, but I also understand that may introduce a whole slew of other traits I may not want. My brother is going to undertake a project crossing aseel to both Liege and the JF, so we'll compare notes on our F1s to see what we like best. My original plan was to use the aseel for my F1s to the JF, but my choosen strain of aseel isn't showing the size I want. I'm guessing the aseel I have are going to top out around 5lbs at the most. I also have access to some straight Americans if I decide the next gen needs them.

I'm thinking to get the look somewhat close to what I want, its going to take junglefowl x Liege, then Junglefowl x F1. I should get some straight combs on the next gen. It will depend on how much size will be sacrificed on the next gen of crosses. Of course, if I like the F1s right off the bat, I'll formulate a plan to lock the traits in.

I'd love for my final bird to look mostly like my JF hybrids just much bigger. But I also want a functional bird first and foremost so selection for appearance is secondary. A definite must is for my final bird to be able to launch itself high up into a tree to roost. I basically want the final bird to do anything a wild turkey can. I have a few JF stags with abnormally large wings I may have to cross in. I can see a definite difference in vertical take off between the birds with very large wings and those with normal wings. All of them can fly up to roost fine but the big winged birds can shoot straight up into a large pine to the branches of their choosing in the first flight. That's going to take bigger wings on the Liege and also shaving a few pounds off.
Last edited: Oct 20, 2020

If you’re looking for birds that will fight off a hawk reliably and consistently they’re gonna have the attitude problem to where they’ll fight just about anything that looks at them wrong. Not only that but breeding all the non game blood into gamefowl will result in a bird that looks mean but will run from his own shadow.

roosterhavoc said:
If you’re looking for birds that will fight off a hawk reliably and consistently they’re gonna have the attitude problem to where they’ll fight just about anything that looks at them wrong. Not only that but breeding all the non game blood into gamefowl will result in a bird that looks mean but will run from his own shadow.
Click to expand...

Do you consider the Liege a gamefowl?

Florida Bullfrog said:
Do you consider the Liege a gamefowl?
Click to expand...

No not even close. They’re too big to get out of their own way.

roosterhavoc said:
No not even close. They’re too big to get out of their own way.
Click to expand...

Yet they are known to whip hawks, if for no other reason than they have the size to do it with little consequence. That’s all I’m looking for something that can and sometimes will.

Interesting project. I myself have a few plans for my RJF/hybrid hens. 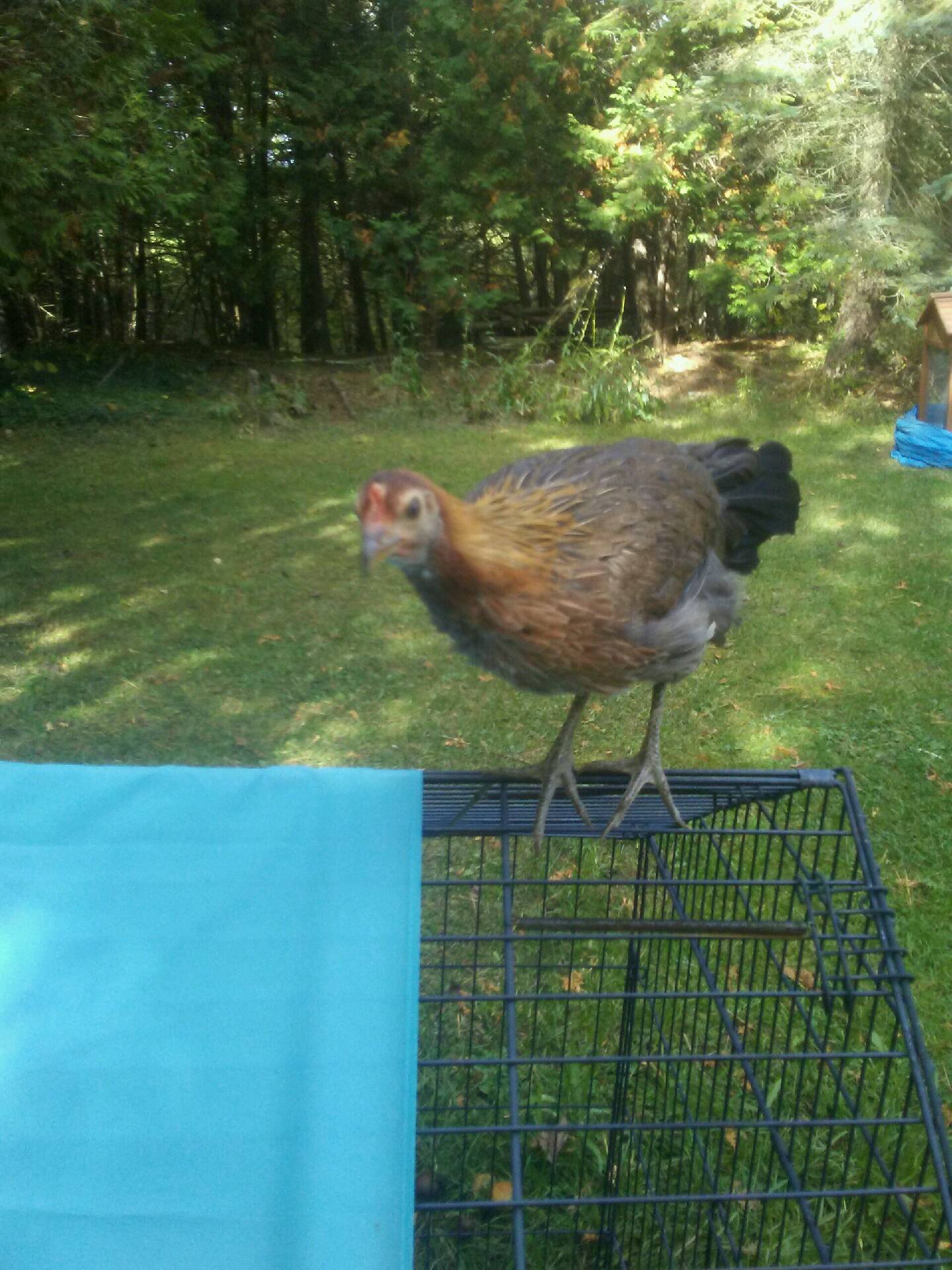 This is one of them.