Checked his feet and this is what I saw. Nothing felt very hot, nor was it fresh, it was dry, and nothing was swollen. Seems like flesh wounds but I'm worried it could be or can turn into bumble...thanks. 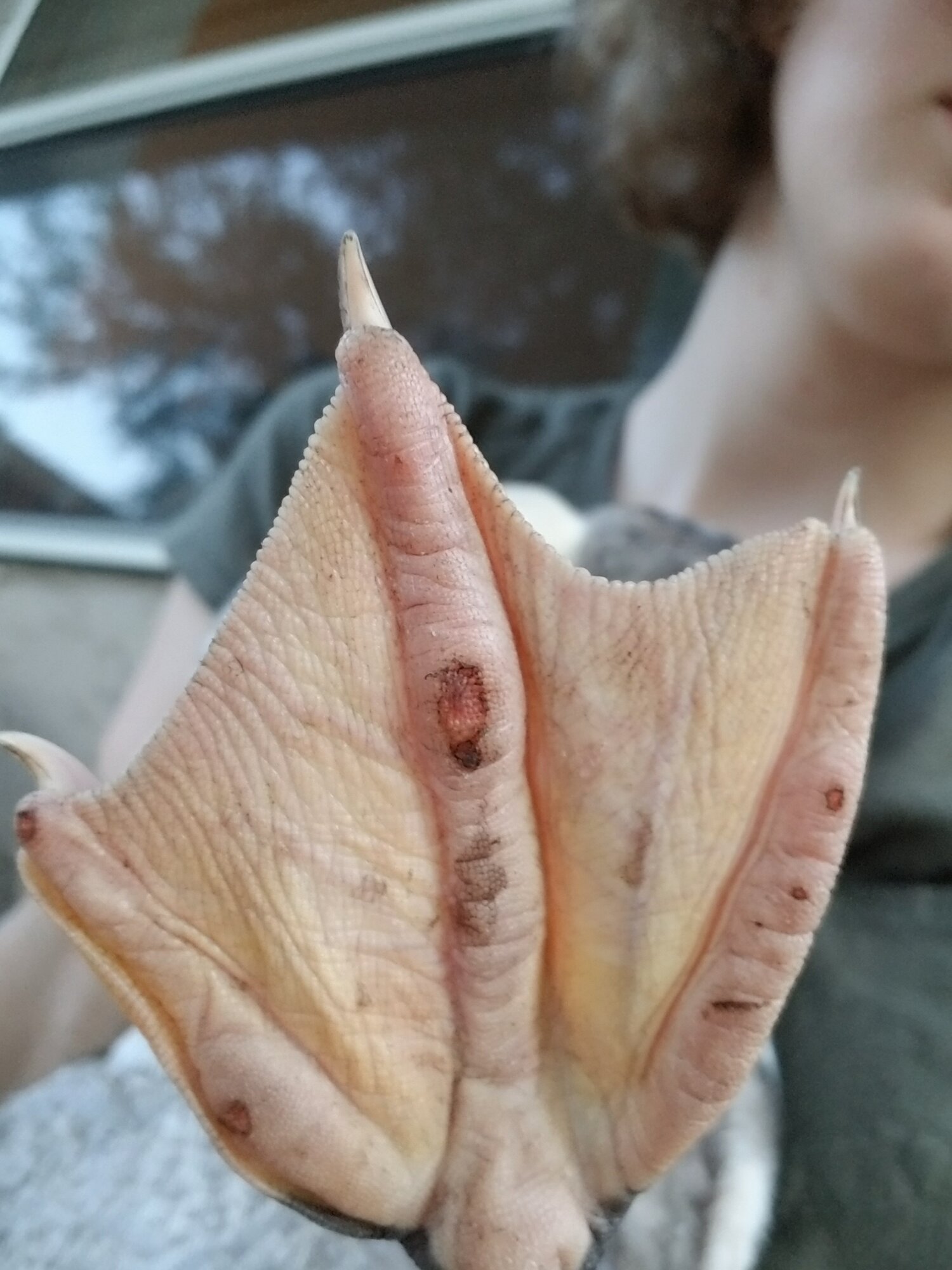 This is his left foot. He also has a scratch on the webbing and a bit of a bump on the middle toe on the middle joint...didnt know if that was anything. The picture of the top is a little blurry. 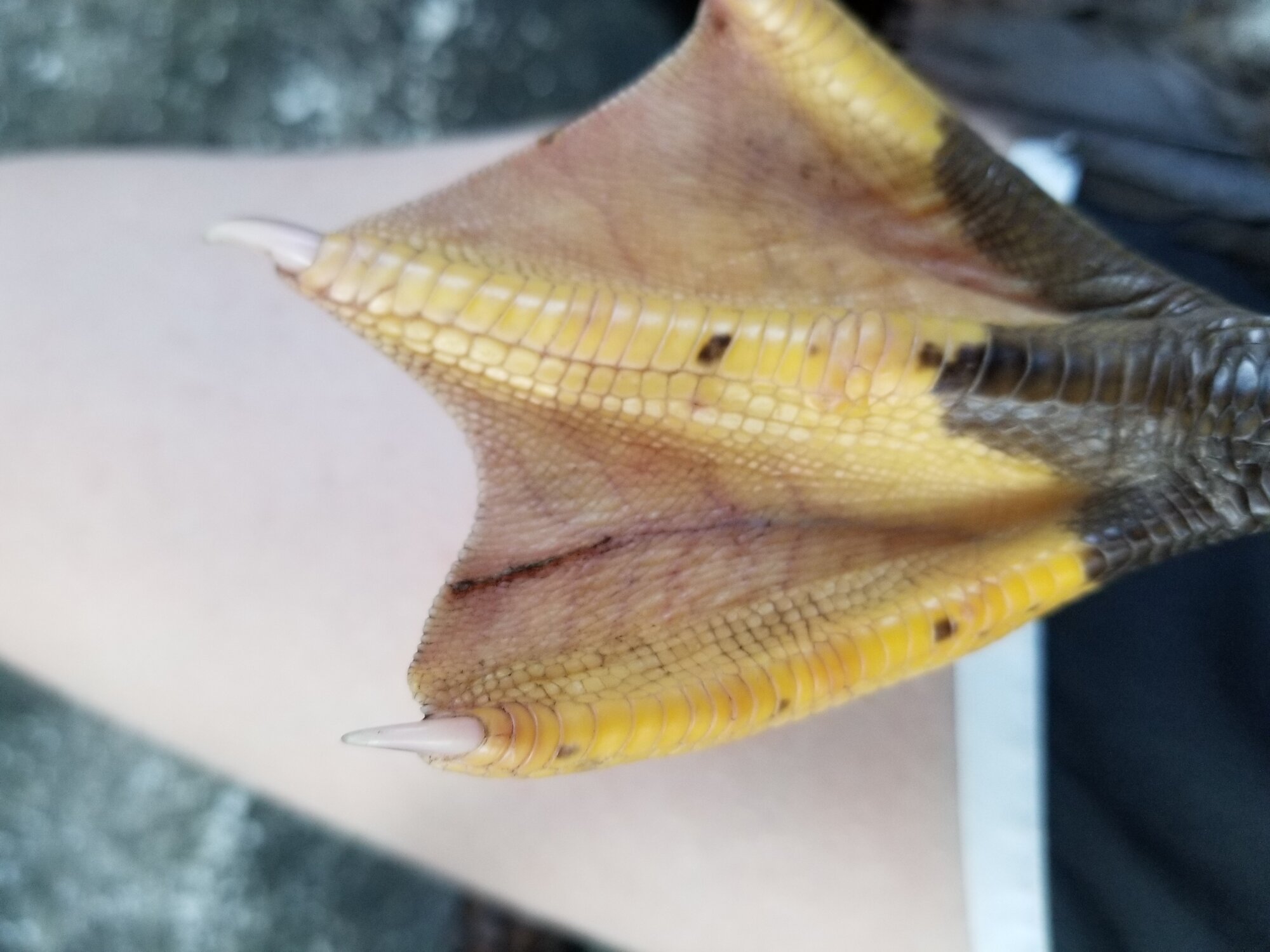 The top of his left foot. 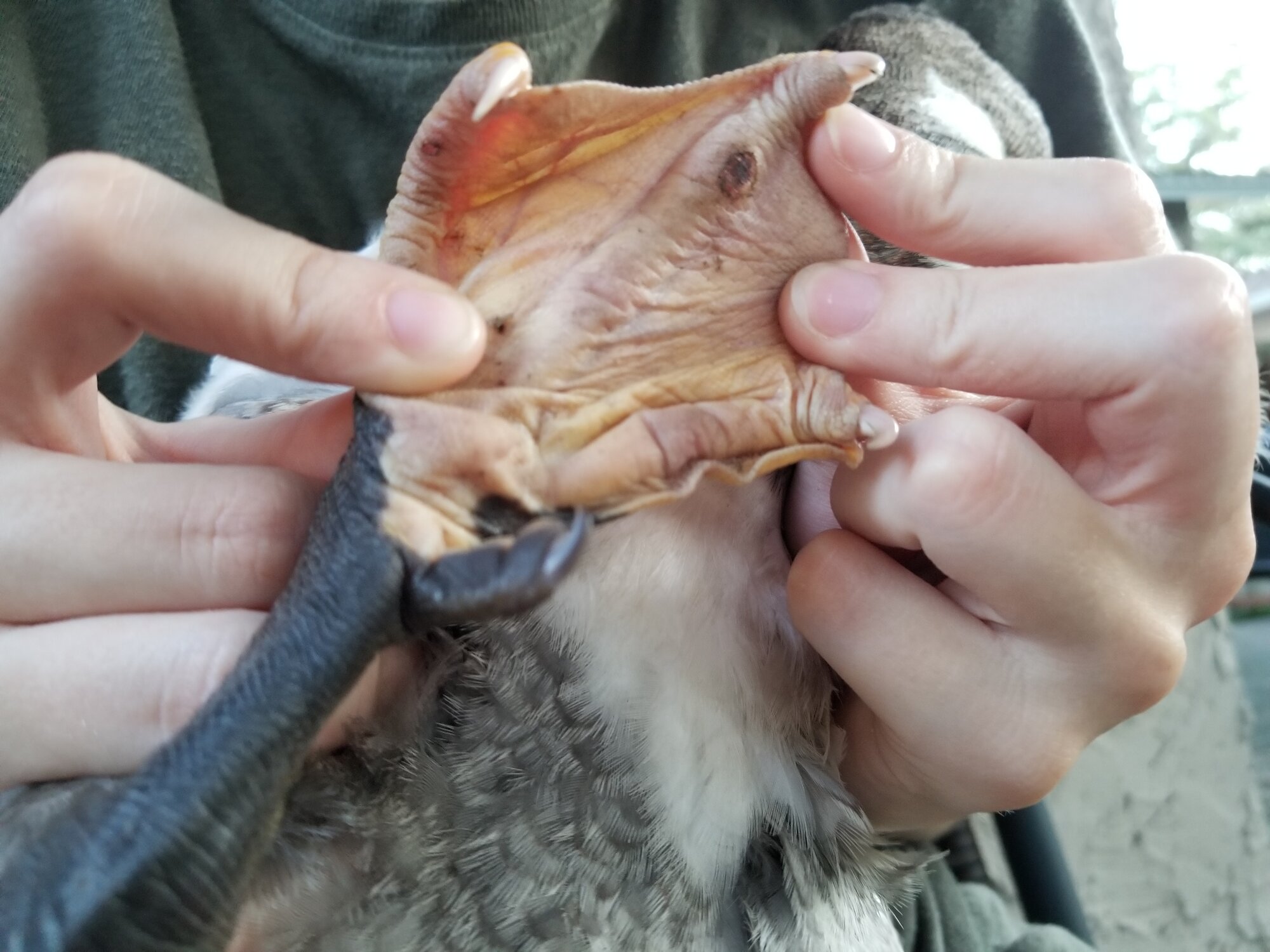 His right foot. Sorry it's a bit bad of a pic but he was being super squirmy.

I just wish my pets would stop getting sick, especially when I just started college.

first one of my ducks was attacked by a raccoon, then attracted a respiratory cough (which is just about better now btw), and then right after that my rabbit got a bad ear infection again, and now this!

My animals sure are keeping me on my toes!

I thought so too, but I wanted to be sure. I've seen cases of bumblefoot on here and it doesn't look fun to treat...

This isn't bumble foot yet but bacteria can enter those cuts and this could turn into bumble foot.

I'd look around and see if you can find anything they may be cutting their feet on.

Okay thank you for letting me know. I've got some vetercyn spray I could try to put on although I don't know if it'll get rubbed off. They do have access to a yard with no water but he may rub it off just walking.

I’d def keep watch on those places. Maybe try some Epsom salt warm water soaks to help heal. Just don’t let him drink the water it’s also a laxative. They can def get bumble if they have open cuts on their feet.

Sorry for not updating you guys! The duck isn't limping anymore, I once put some disinfectant spray on it and rubbed it in, but I'm unsure if that helped. Haven't done epsom salt soaks yet but I want to do that today. I checked his feet yesterday and the wounds are still there, about the same looking, but no worse thankfully.

Oddly enough, my other babies from the same clutch (five babies all together) have various wounds that look the same on their feet, too. I noticed a second limping the other day (now he is not) and so I checked all their feet. The two previously mentioned males have it the worst, the other three only have one or two little scrapes. Their mama doesn't have any on her feet. I haven't been able to catch my other adult ducks, but I haven't see any limping...Don't know what caused this.
My only thought is that there is a neighbor across the open space/creek behind our house that has a chain link fence, so I see them regularly greeting the ducks. I think they like watching the wilds and mine, who visit them. I know sometimes the ducks get into their yard, so it could've been the babies walked across something in it there that could have been sharp gravel/stones or their pool patio if it had a rough surface, but they still go around with mama duck (even though they're old enough to move off on their own

) so it seems weird Aspen, their mother, doesn't have scrapes either.

Whatever it is, I'll try treating them with epsom salts today. Just started school last week so I'm struggling to get into that schedule and my rabbit has been sick so that's eaten up a lot of time which is why I haven't gotten to this yet. I feel bad, but at least they have gotten no worse.

Many times it's just a callus on the foot so hopefully infection doesn't start..

Pictures would be good. Since your saying wounds.

VERY swollen foot. Does this look like a broken toe?
2