Hello,
I am looking to get some opinions on one of my Pekins. Cash has a neurologic condition that makes him a little unsteady on his feet, and he used to tip into his butt up until about a month ago. During that time, I noticed that the tail feathers on his little rear were breaking and bleeding, to which I associated with the tipping over.
Well now, he rarely tips over, but the feathers continue to break, and are bleeding and missing.
He is one of 6; two female pekins, a female KC and the other two are KC boys. I've occassionally witnessed the male KCs ruffling their beaks into his and the other pekins butts, and it looks like they're trying to eat the feathers.

I'm wondering, do I have too many males, and the KCs are doing some type of dominance move on Cash? His poor bare butt! Should I rehome one of the boys? I have a local duck farm that is willing to take one of them. 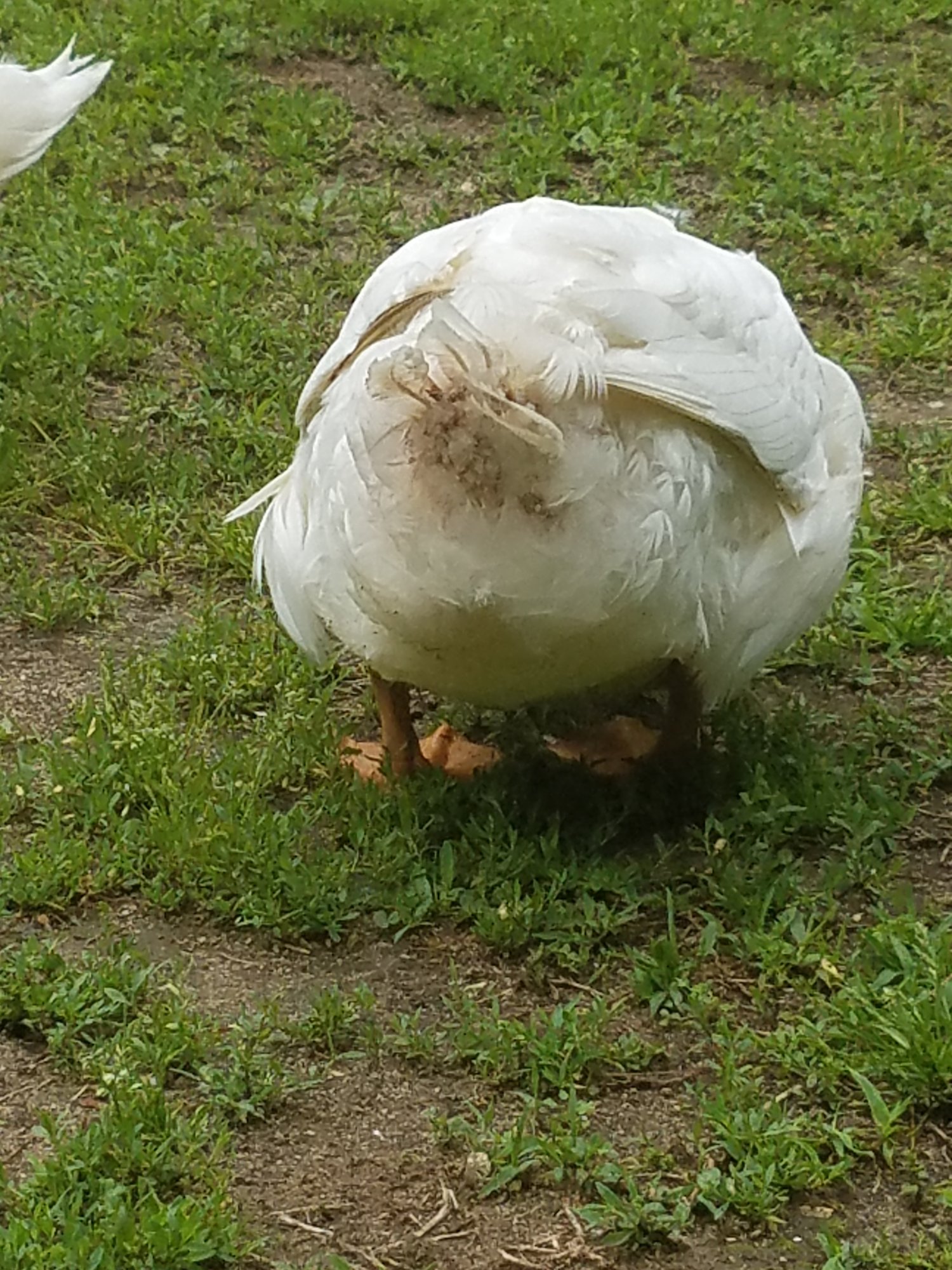 Yes...I would rehome one.....
You could feed some dry high protein cat food twice a week to up his protein till his feathers grow in....
You must log in or register to reply here.
Share:
Reddit Pinterest Tumblr WhatsApp Email Link