Duck egg pipped wrong end--now out but with a bulge?? [PIC]

I had a duckling that pipped at the wrong end. Everyone else is out and it's the last one ... Everyone started hatching Tuesday.
The poor thing made an external pip but only the shell and not the membrane.

I struggled and debated after a while that it would soon suffocate. It was the first one to rock on Saturday and was so lively then..
I helped it a bit and it's now out of its shell (It was very eager to come out.. =/ but not enough energy).

However, now there's a huge bulge between its legs and in the middle of the bulge there's like things oozing out of it. I probably did something wrong and I feel horrible and feel that it's my responsibility to help it in any way that I can..

In the beginning it opened its eyes but now it's in the incubator and chirping a bit from time to time... but it's still laying down and not moving much.


It's my first time and read these forums so many times and searching through all the old articles.. but I can't find much about this bulge. 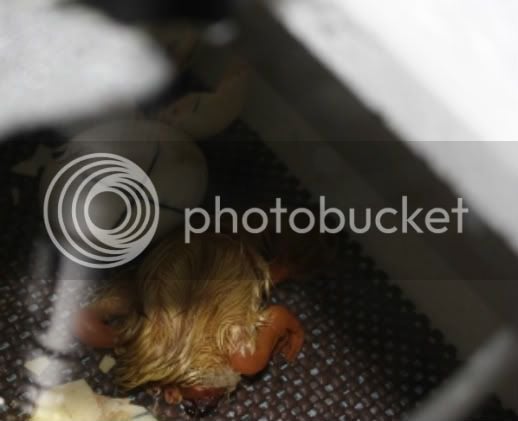 R
Help my duck egg is stuck but there is blood