I have a little chick who was born 4 days later than everyone else, with a significant protrusion out of his belly hole. He couldn't stand for a the first day and was kept in the incubator and I tried to prop him up every few hours. He was eventually able to stand and come in the brooder with everyone else. I have been giving him sugar water and he seemed to be improving, but did not want to eat. I tried wet food, egg yolk and normal food out of my hand but nothing. He would just stand next to the feeder and scream oftentimes. He was able to poop three times, first time it looked like just slime, second time it was green and white and third time just white with yellow fluid. This morning I found him crumpled in the corner covered in poo and cold (he was under the ecoglow). He can't hold his head up or open his eyes and I tried to give him some sugar water on his beak but it came out his nose. He is back in the incubator now because that's the only place I have to keep him warm and isolated (no humidity running, but the natural humidity is at 50%). What can I do for him?

Can you post a pic?
More experienced members may know.
T

this is what his belly looked a few days ago. it's just a little scab now. 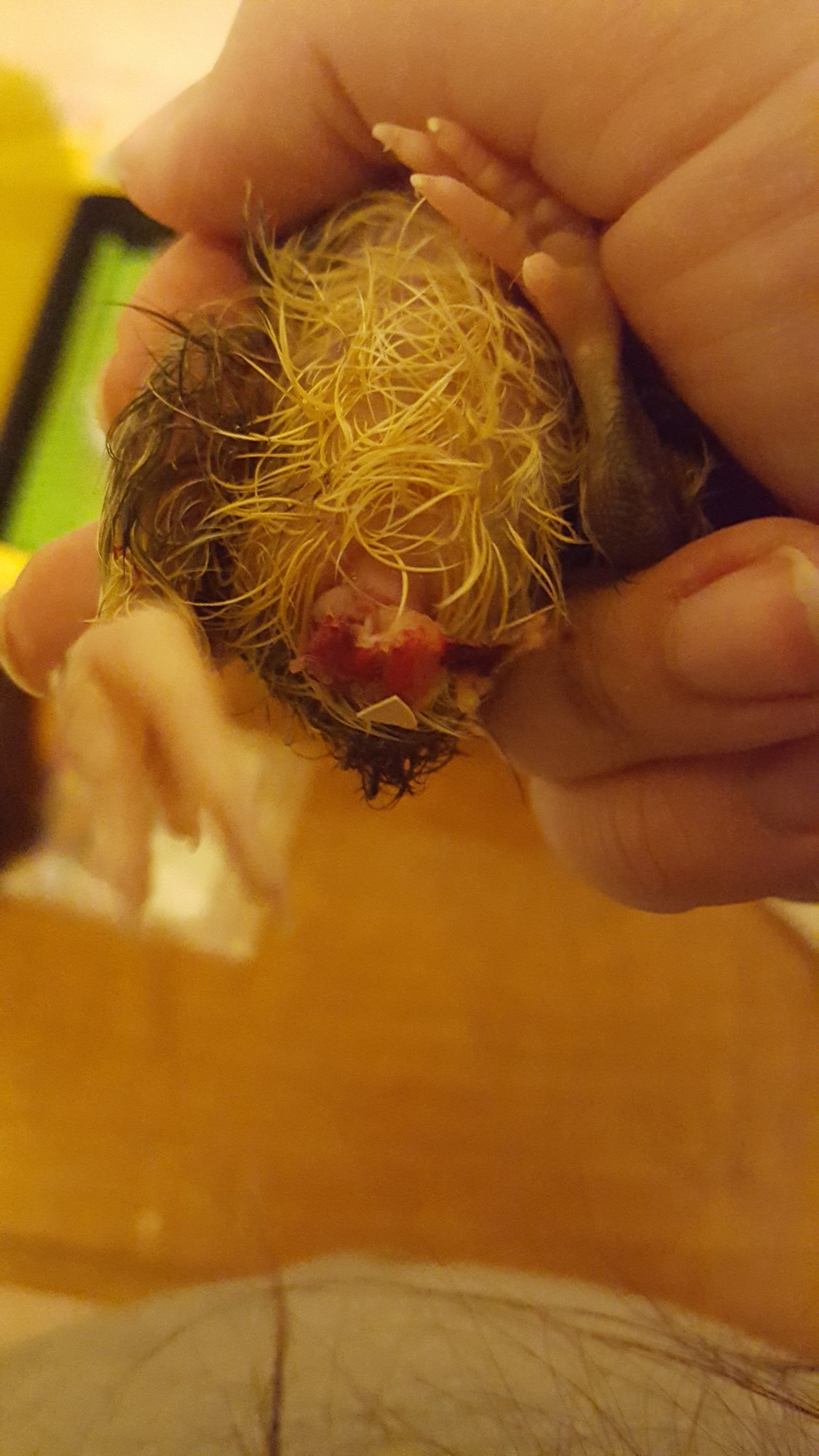