So, we now have electric in the coop! Coop is completely behind the outbuilding at at very back of property, so we cannot see it from the house. And it is totally dark out there. We can get pretty cold some winters, sometimes for quite prolonged times.

We can turn on outdoor lights from inside the barn, but the interior coop light is on an automatic timer. We have outdoor lights by the people door of the coop which will illuminate the people run entrance too. We also put them on the other side of the coop. One switch turns both sets of outdoor lights on, but only from inside the barn. One lower outlet for a water heater (GFCI), one high outlet for a heat lamp if needed, and one outlet on other side of coop in case we want to add electric fencing, as this is closest to the exterior chain link fence surrounding the run. Anyway, it is done! Now I need to buy a water heating element. In the second pic of the outdoor light, there will be metal roofing over this deck area, still working on the structure. 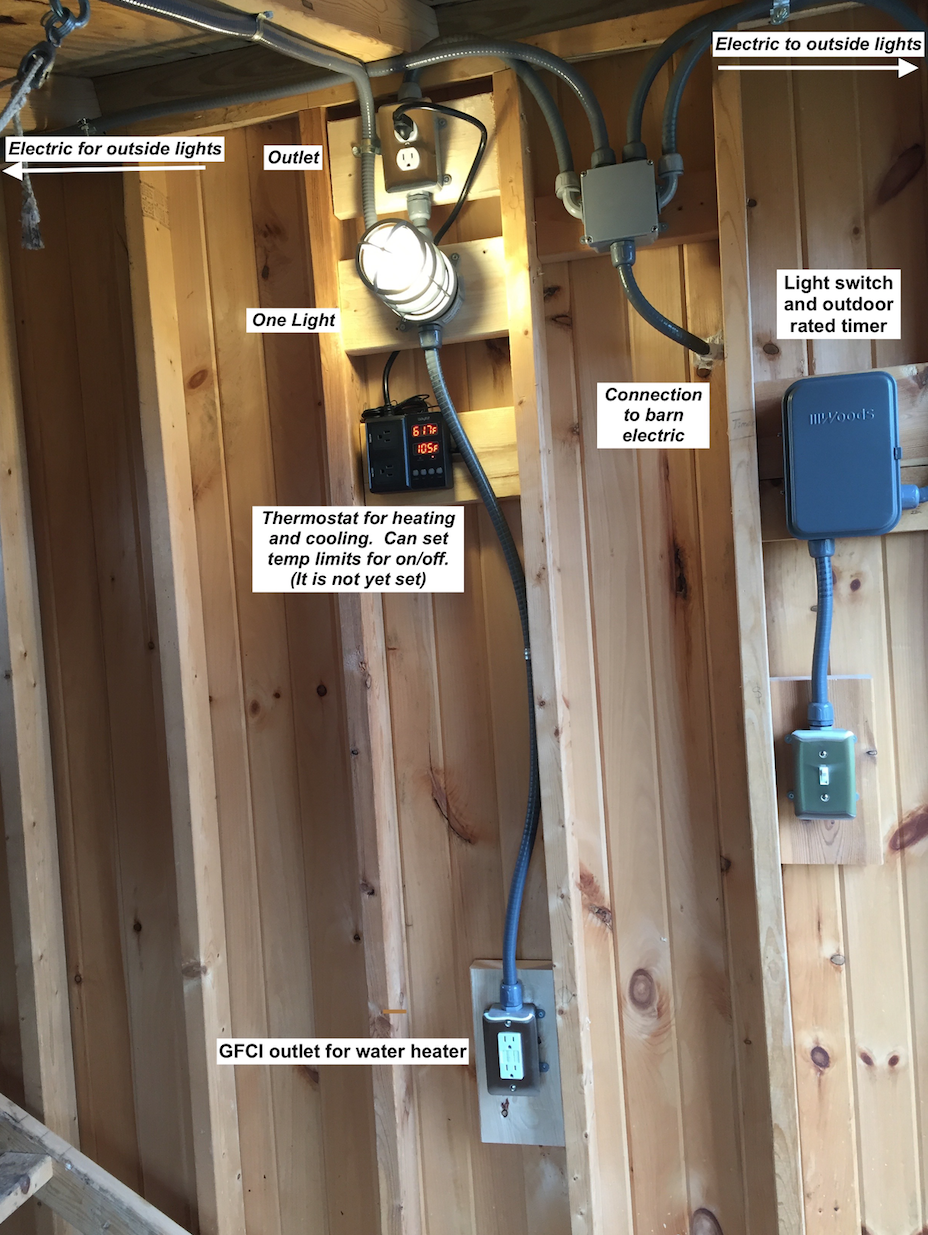 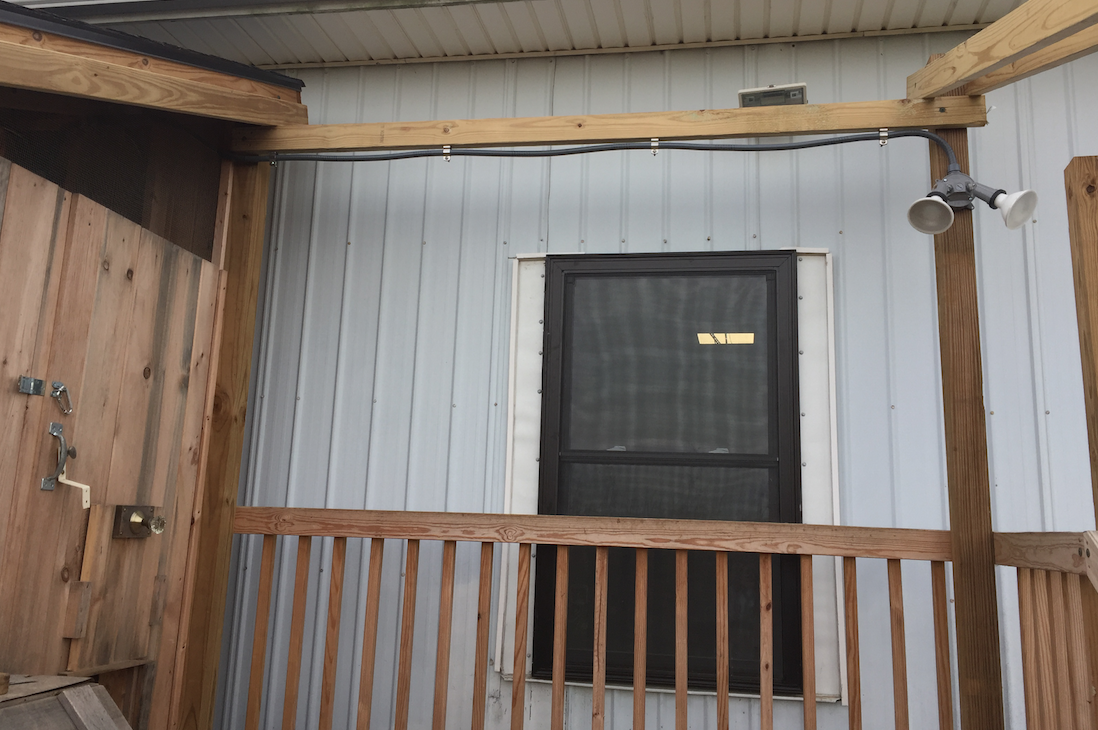 you have lucky birds!

Thanks! We had to redo the barn electric (chewed wires) which wasn’t caught during inspection, so this was added on to that project. Otherwise, they might not be so lucky.

How does that thermostat work?
Plug something in and it turns the outlets on and off depending on temps set?
Does it control both outlets the same or separately?

aart said:
How does that thermostat work?
Plug something in and it turns the outlets on and off depending on temps set?
Does it control both outlets the same or separately?
Click to expand...

Thermostat has a "heating" plug and a "cooling" plug. Plug in heat lamp to heating plug. Plug in ventilation fan for cooling plug - that is if you are dealing with chicken coop or similar. But can use one or the other - don't need to use both. Temperature setting is along the lines of "SV" (set value) and "Hd" (heating differential), so their example was as follows: "You want a heating device to turn on at 95F and turned off at 100F, then SV = 100 and Hd = 5". The range is far greater than I need, but does go down to -58F (and up to 230F). The max load is 15A, so will handle heating lamp fine. Also has a fuse reset button when there is a short or an overload, so this is an additional safety feature. The temp probe is fairly long, so this can be placed conveniently to the outlet, and the probe can be situated a fair distance away (didn't measure it).

I chose this one because other reviewers had success using it similarly (chicken coop), but have to say the majority of reviewers of these kinds of items - and there are many, use them for home beer brewing (most reviews), home mushroom growing, or simply to plug in their stand alone space heaters or window a/c units for greater/more consistent human comfort.

So having electric by the coop is great! Tonight, after getting back late from trick-or-treat, I was able to turn on the outdoor lights and check on chickens and lock them up. First, I was able to see the lone 7 week old chick in the run...a chase followed (during which I did not injure myself since I could see things), then once I gave up, it found it's way to the coop on its own (of course!). Inside the coop, the timer worked, light was off, but another 7 week old chick was missing! So, I turned on the light and found that chick in the nesting box and then placed it on a roost. I was able to collect all feeders for the night, and more easily lock up the coop!

My spouse has found it helpful too. Outside last night getting rid of the old burn pile left by the previous owners, which has been an ongoing project due to its size. Spouse turned on the outdoor coop lights and was able to see things to more easily work quickly.

Getting electricity for barn!

Upgrading a solid run to a large coop?