So I have two goslings that I got from someone who claimed they were all embdens, they also said they had some buffs hatching later in the season. They're starting to get their feathers, and one is all white with white down, while the other has white down on the belly, buff colored down on top, and the first few feathers are buff colored. I was wondering if this is just like a phase, and they'll grow out of their miscolored feathers, or do I have a buff? I'll get pictures soon, thanks!

embdens are generally all white.
saying that, young geese can have the odd dark feather.
i have only ever seen the dark feathers on female geese and it has only ever been one or two feathers rather than a lot of them.
they have always been in the larger wing and tail feathers and have looked black.
they disappear after their first moulting at around a year old and don't return.
moulting time is rather fun, the land looks like someone has ripped open a feather pillow and thrown the contents everywhere. we spend ages going round collecting them up, yet i have never found any of the black ones once they fall out.

I have two Embdens. Yes... it's just a phase. They are just feathering out at different paces.

Pretty sure that one getting the buff feathers is a buff...she's cute.

Actually I think I do have a buff. Here's pictures from yesterday. 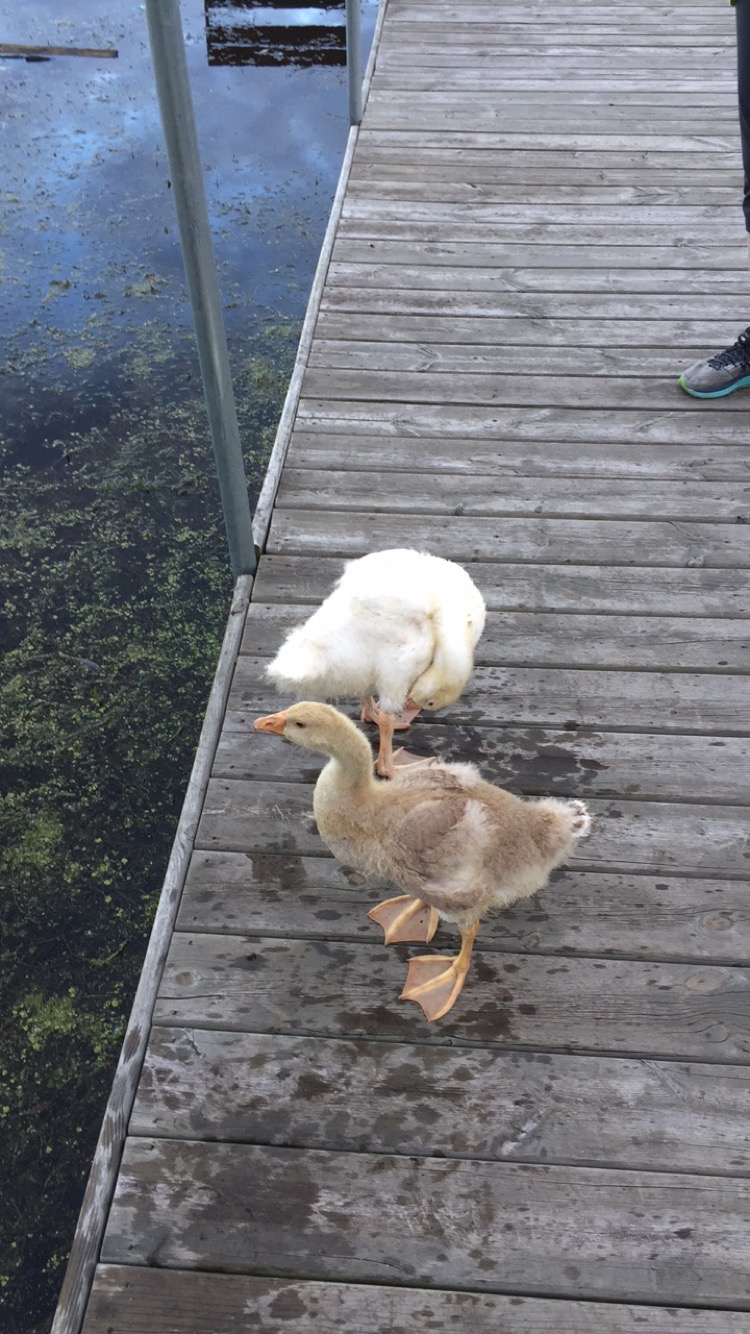 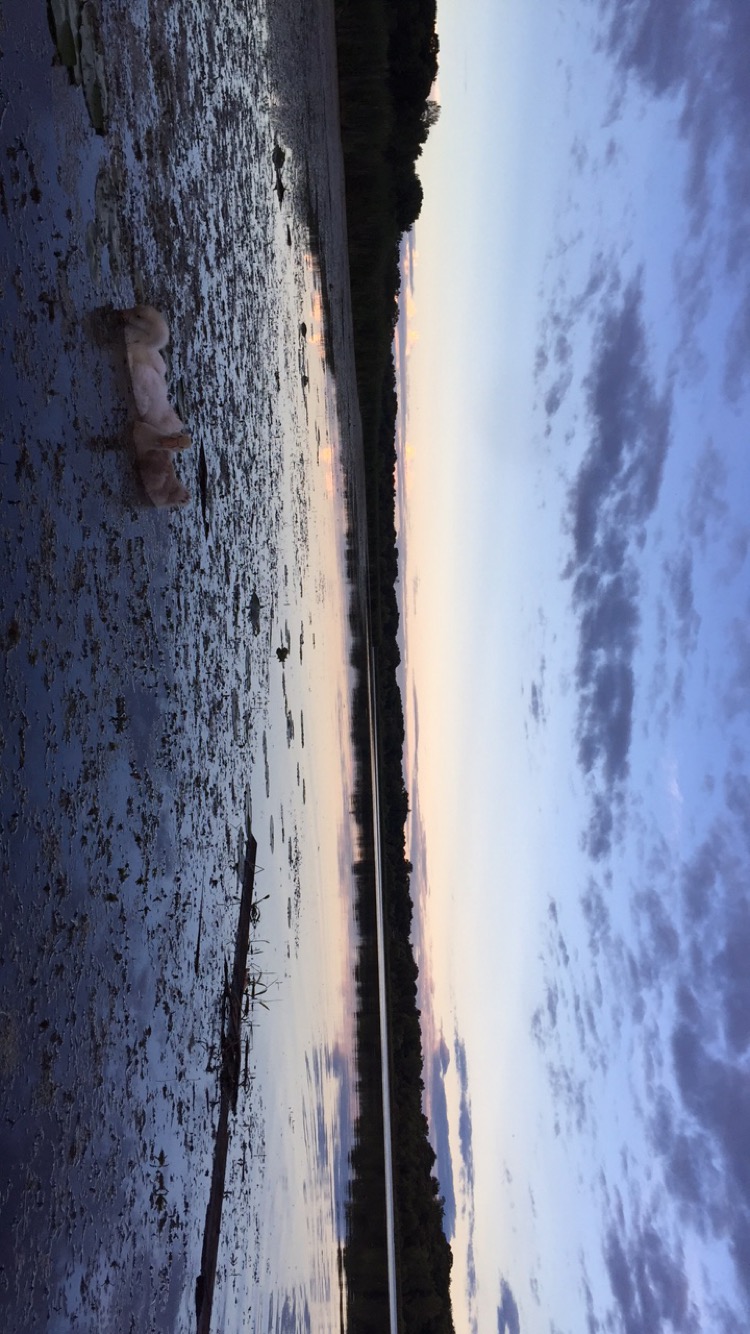 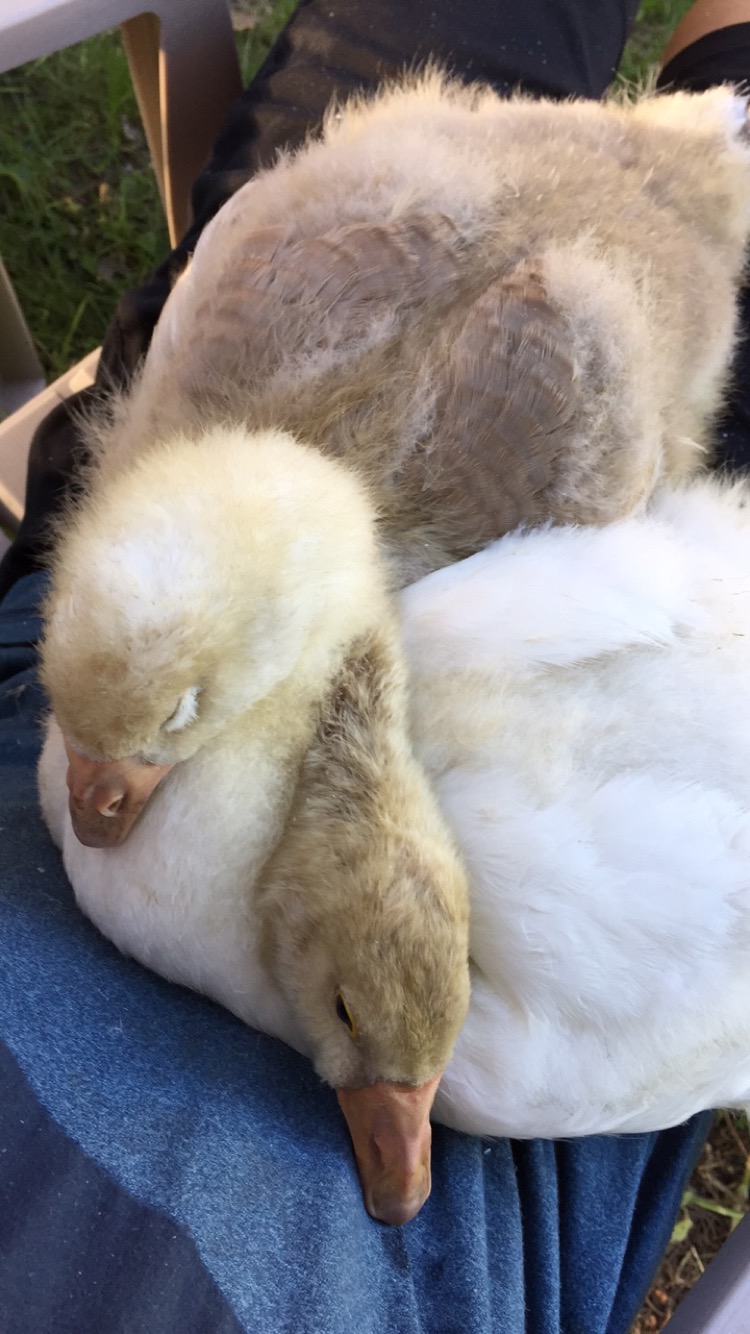 This is Mona my baby embden 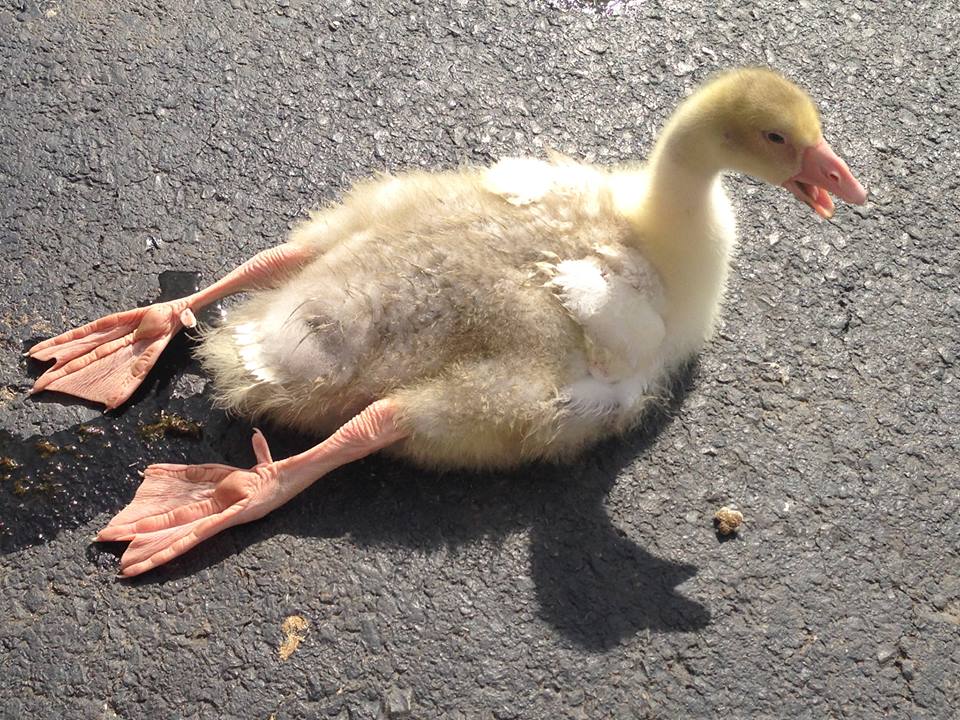 Wow... you might just be right about the buff!

mickeymushroom said:
This is Mona my baby embden View attachment 1048390

Extremely precious picture of those two sleeping together.

That is undoubtedly a buff. My little buff dewlap is getting her feathers and progressing just the same. 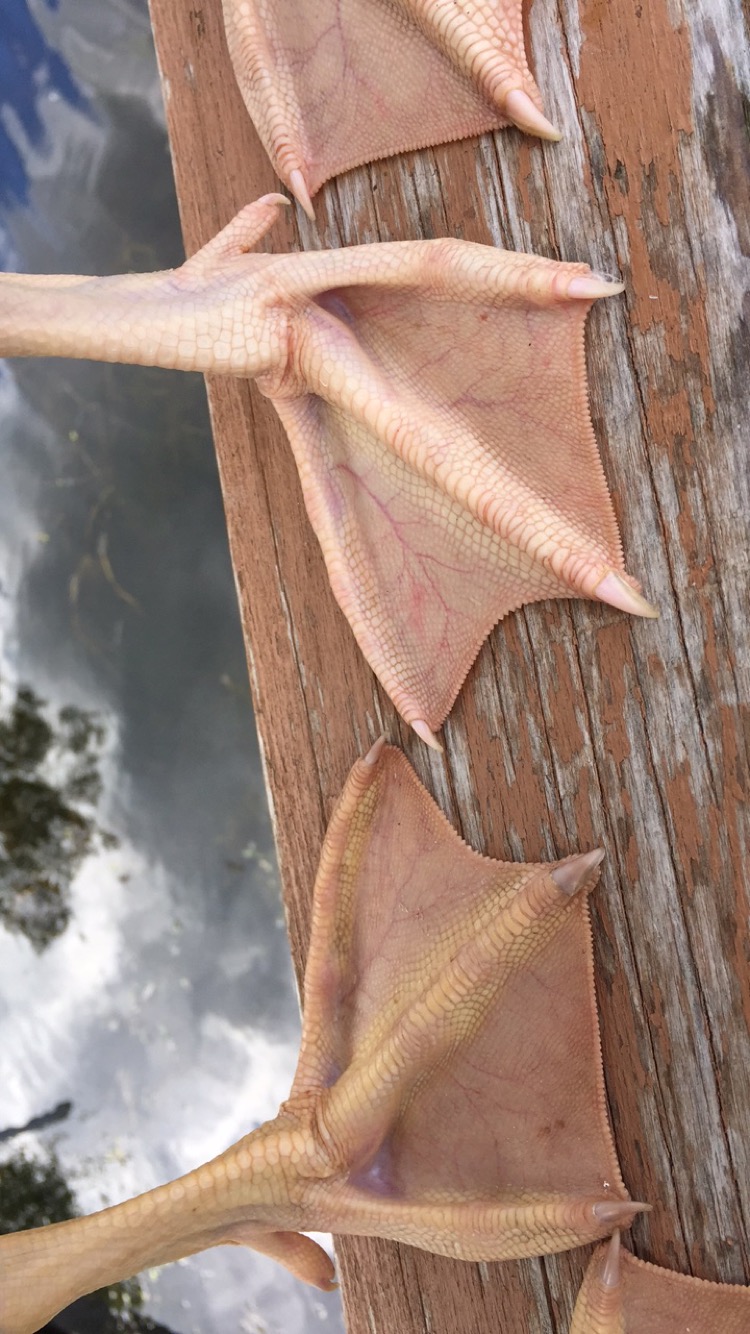 their feet are getting enormous