Tonight I noticed one of my silkie chicks is oddly shaped, smaller than the others, and chirps way more than the others. It's hard to explain, but I'll try. All three silkies are the exact same age, three weeks old. It's the blue one I'm worried about. She is eating well, drinking, and pooping.

She's oddly shaped though. The only way I can describe it is that she seems to have no neck and only appears to be half a chick. That doesn't make sense, I know, but that's what it looks like. Compared to her brooder-mates, she's missing everything after her legs.

Failure to thrive then maybe? When I got them, they were the exact same size.

Lastly, the chirping. This just started really bad tonight. Do you think she's in pain?

Could she be cold? I just saw another post with the same issue in the last 24 hours or so... Chick seemed squat and short. Trying to find it.

Does she have a heat source? Wee thing looks cold to me, too.

She does have heat. That's not their brooder that they are in. That's just a tub I had them in to try and get a video. They are kept in a warm brooder where the warmest spot is 90 degrees and they can get into a spot that's cooler if they want. I like the setup because it seems like some like it warmer longer than others. This way, they can adjust as they wish.

I'm also noticing her butt is bald. How odd is that? I put a security camera on them last night and didn't catch any pecking at her. 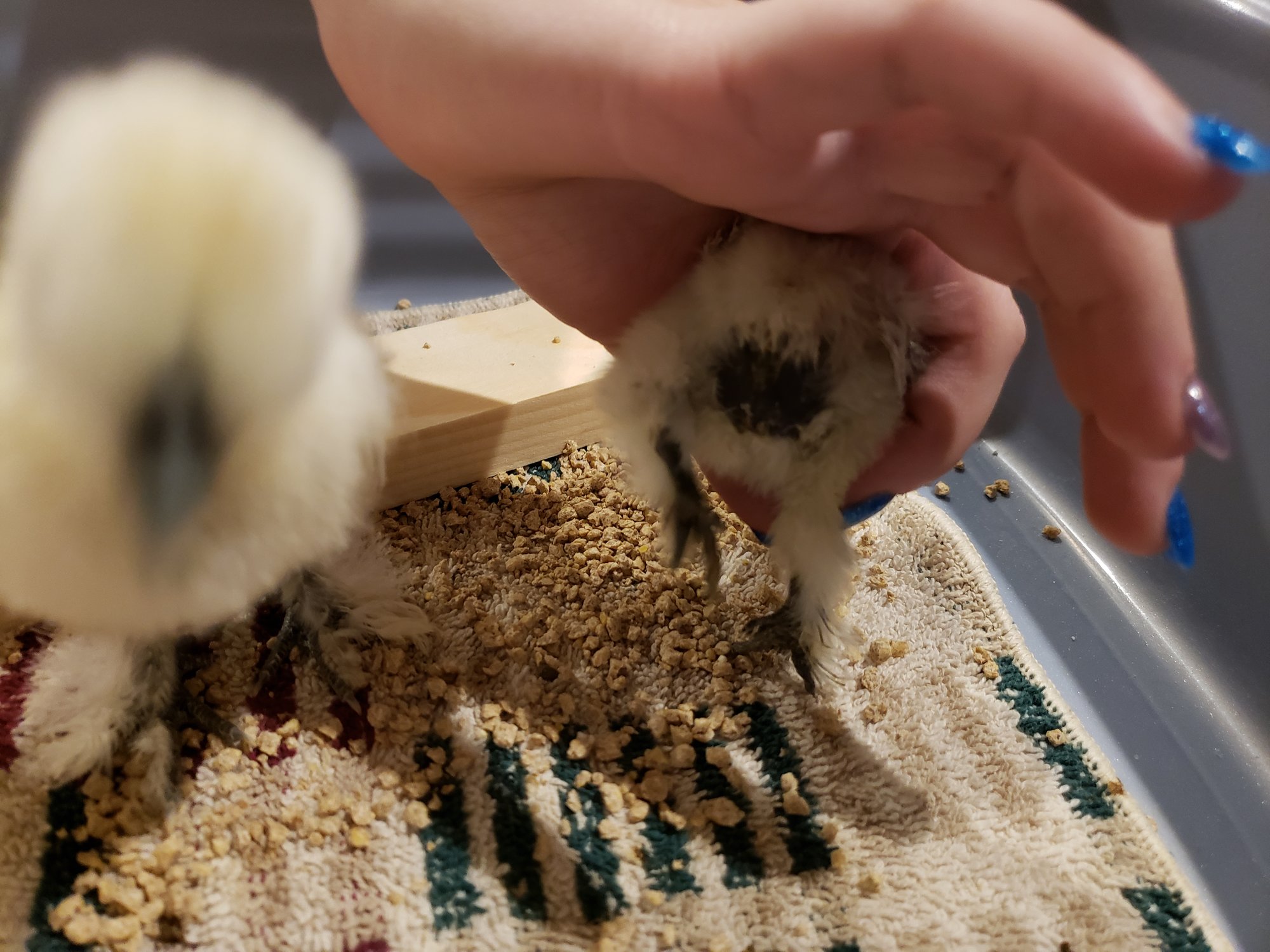 Looks to me like she might have pasty butt. Is that poop on her butt and can you soften it and remove it? Also, I’m wondering if she is a bantam silkie.
I’d love to help but I’ve only had chickens for 3 weeks so I’m just speculating.

It's not pasty butt. That's skin. She is a bantam silkie. If I had a better flash you could see her little vent moving.

Creteloc said:
It's not pasty butt. That's skin. She is a bantam silkie. If I had a better flash you could see her little vent moving.
Click to expand...

So how is she today? Is she eating, drinking and pooping?
I couldn't find the other post with the other chick that was squat in stature.
Did you figure out why she was chirping so much?

Sorry, I've been out of town. She's still eating, drinking, and pooping. Maybe she'll just be petite? I have no idea why she's so much more chatty than the others. She is still very vocal. Thanks for your concern.

What are the symptoms of failure to thrive?

Very skinny & lethargic chick, I have no idea what’s going on!