Hello! I currently have an incubator full of modern Bantam eggs that HAVE NOT been hatching! The last batch was suppose to hatch Last Friday, and to my glad surprise, one little brown red chick hatched!!! He’s grown, fluffed up, and is starting to get feathers. Hopefully, he’ll get a few modern friends from the 10 eggs suppose to hatch this Saturday! I’ve included some pictures of him! 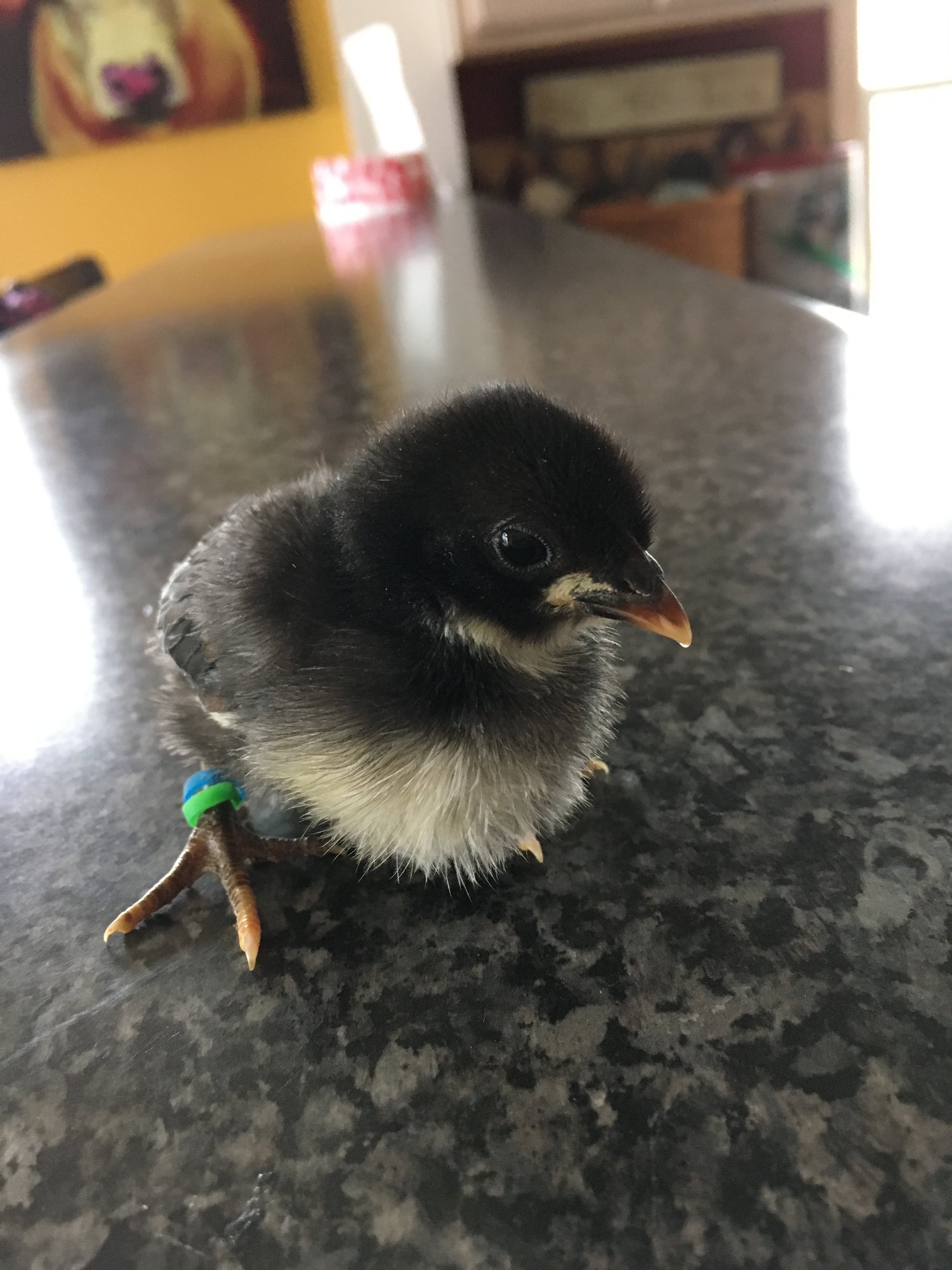 Here he is for a simple picture on a bar that has seen too many chickens and too much chicken poop over the years! 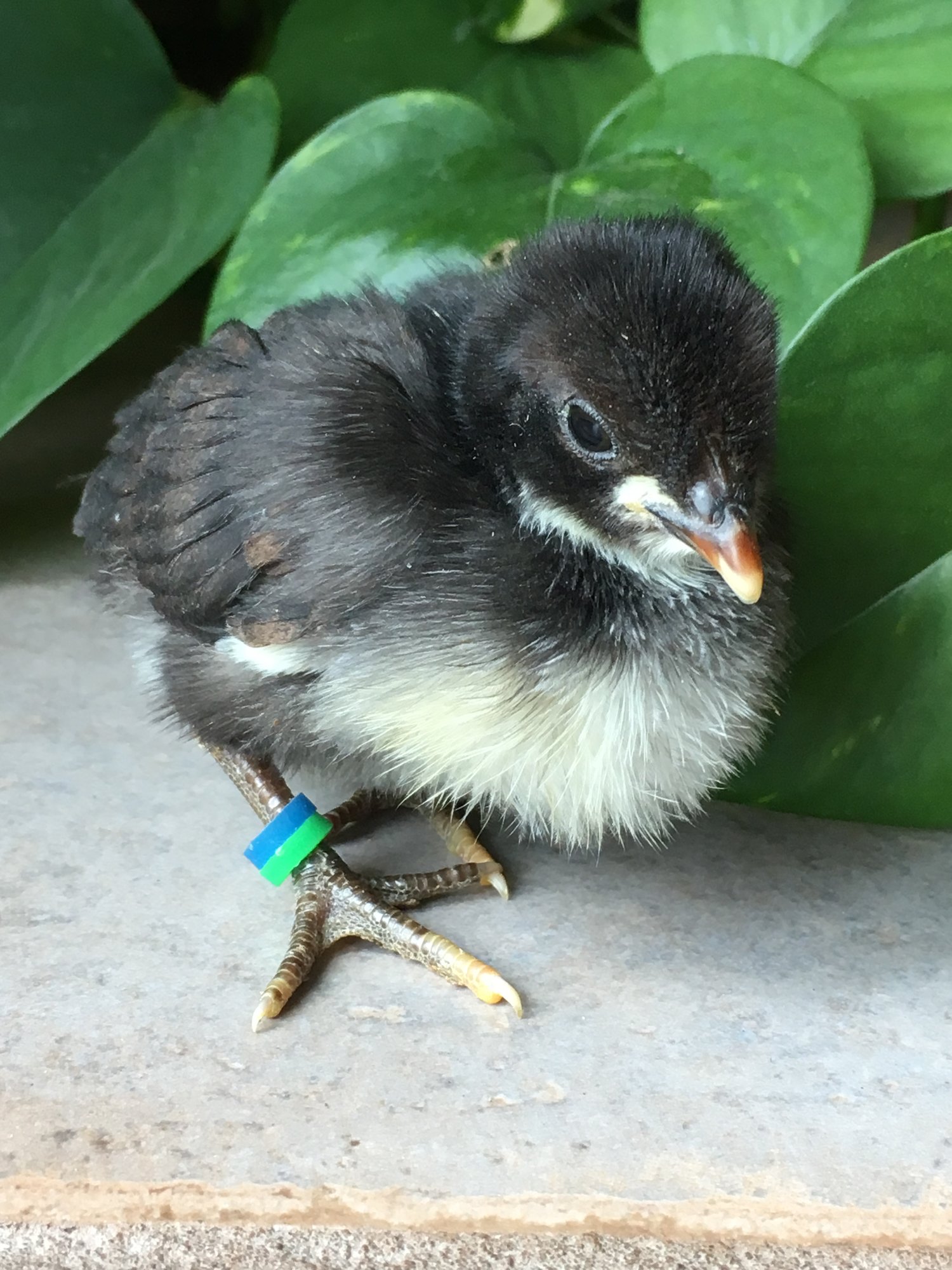 I have a plant with long vines covering the floor by some windows, so it grows like crazy (No clue what type of plant it is, wish I knew!)
But I decided, hey, he (name still tbd!) might like some plant scenery! I took a nice picture or two, then went to pick him up so he could return to the large Rubbermaid tote we keep our chicks in (we have other chicks, just no Moderns yet, so he isn’t lonely!). But the little stinker wasn’t ready to leave. He took of into the tangle of vines an leaves, behind the pot. Well, it’s VERY hard to get behind this GIANT pot in the corner, filled with leaves. I beat around for a few minutes, trying to get him out, and finally, he shot out, making a run for the table, which he didn’t make it to before I cut off his escape and scooped him up.
Last edited: Mar 8, 2018

Baby chick not standing up