Today my father mentioned to me that he'd seen this mourning dove walking around in front of our barn for the past few days. He said it didn't seem to be able to fly. I didn't want one of our cats, or another predator to get it, so I went out to find it. I managed to catch it and I brought it inside. I put it in an old parrot cage that I used for a cockatiel a few years ago. I have some stick perches very low in the cage for it to sit on. I also put in a little hiding place for it (an old hanging tent looking thing my parrots never used). As this was such a sudden event, all I have for it to eat right now is wild bird seed until I can get something more proper for it. I've also put in some grit for it.

I'm pretty sure this is a female dove, judging by coloring. Given it's a wild bird, if it somehow regains its ability to fly soon, I'll be releasing it. I checked her over, and she doesn't seem to have any noticeable injuries at all. Her wings don't appear to be broken, and she has all her feathers. I'm not sure why this bird can't fly. She's very lively and perky looking. Her droppings are normal as well. She hasn't eaten or drank anything yet since I brought her in a few hours ago, but I figure that's normal, given her new surroundings she's not used to.

If this bird isn't able to ever fly again, I'll probably end up keeping her. I used to have some pet pigeons, but that was 10 years ago now at least - and those were outdoor birds. This one I'm keeping inside. I have her in front of a window in my bedroom, so she gets some sunlight and can see outside. I'm gonna try and add a photo of her here in a little bit!

Other than what I've mentioned, any advice on taking care of this little girl?

Here's some photos of her! 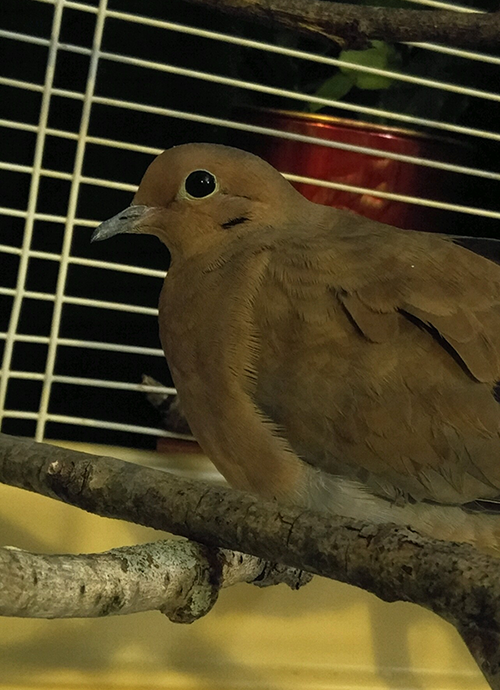 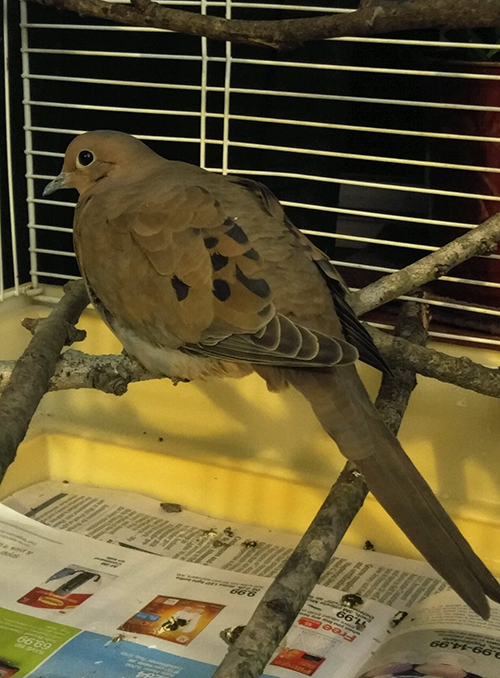 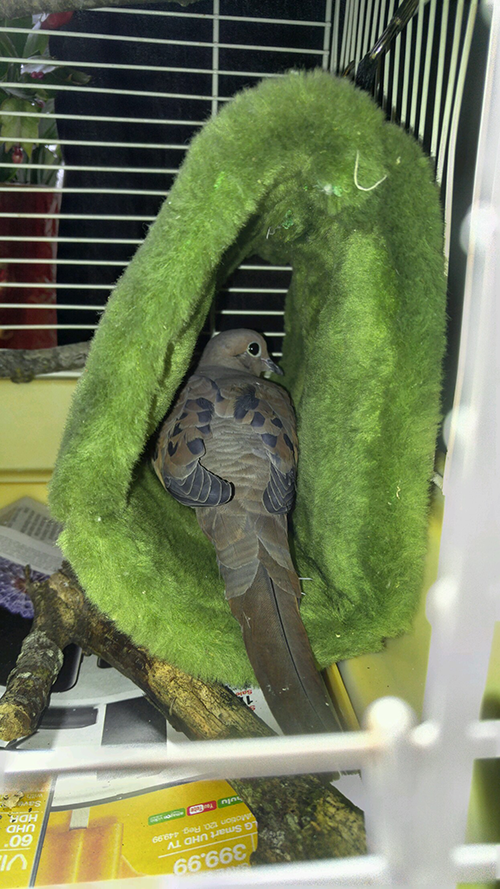 Its a very pretty little girl. I am not sure what could be causing it. Can she extend it? Can she flap at all? If not its likely a full on break and you would likely need a vet. If it doesnt appear hurt i bet its an injury from a telophone wire. @biophiliac?

She can extend and flap her wings just fine, so I don't think that they're broken at all. I didn't think of a telephone wire injury, so that could definitely be a possibility.

Yes telophone wires are awful for birds. I know a guy who races and he had a couple get broken legs/wings on the telophone wires. About the dove, hmm im not sure. Maybe its very badly out of place? Can it hover?

Just be prepared to have people on here give you a hard time with keeping her and not taking her to a rehabilitation center. It’s illegal to keep wild native animals. With that being said, if I were in your shoes, I’d keep her too. Do lots of research on their diets as she will wanna eat what she has in the wild. That’s what she is use too. Her eyes look bright and she doesn’t look dumpy so maybe she’s just getting old and tired, lol.

I think there could be a few reasons it cant fly/ One its not a matter of cant as much as wont. Maybe its a tame bird ? Got loose and now looking for its human home. Or could it be blind ? Maybe stretching it but its possible. Looks healthy to me but could be weak . Check for mites ? What ever happens I wish you luck with her.

I don't know much about mourning doves. Do you think it's very young?

Only thing I see out of the way is its fluffed like its cold.

Here is a thought. Mourning Doves mate for life. Maybe she lost her mate. I don’t know what they do when they lose a mate but she could just be grieving or “lost”.