Found the problem with a single

Well we are encountering our first problems with our single baby. Its starting to get cold at night and he's all by himself. We have in the garage so its not as cold as outside and at 8 weeks he should have most of his feathers. We're still awhile away from merging him into the coop with the others. Well there's only 2 others and they're roosters and we're pretty certain this one is a girl even though I call him he.
So how cold can it get while he is by himself? I'm assuming it would be worse to put him back in the house since eventually he will have to live outside. We're only talking lows in the 50's right now, but its been damp and cold.

Put on a down coat and go out in 50 degree weather. I suspect you will not feel cold at all. That chick should have been pretty well feathered out at 5 weeks so at 8 weeks that weather will not harm it as long as it has a dry place out of a breeze to spend the night.

How cold a single chick that age can stand depends on a few things. Part of it is humidity and ventilation. Also whether or not it is roosting or sleeping nestled in good insulating material on the floor makes a little difference. Your risk is frostbite much more than the chick getting a chill. In the worst case scenario, high humidity and poor ventilation, a chicken can get frostbite around freezing temperatures. In decent conditions, I've had single-combed chickens (the ones most susceptible) sleep in temperatures a little below 0 Fahrenheit without a problem. That 8 week old chick should be able to handle the same temperatures as the older chickens.

He's still in a brooder in the garage. So he still sleeps in a pile on the floor, but seems like he would roost if he had one. The other 2 still sleep in a pile and won't roost at all, they made a nest out of the wood chips they sleep in. I've been giving him outdoor time during the day, but its been raining the past 2 days.
But it sounds like I won't need to worry until its snow-type temps outside. I hope he's long in the coop before then.
My ideal plan is to eat one of the roosters and borrow another female for the winter, but we'll see how it goes. I suppose the baby could still be a rooster and then they could all stay until spring.

At 8 weeks, if you could post pictures we might be able to help on the sex. A head shot is good, but a full body showing legs and general confirmation is also very helpful. At 8 weeks, I'm not sure we will be able to see whether saddle and hackle feathers are sharp or round. Some are a lot harder than others, but at 8 weekls we should get some pretty good guesses.

Ok, here's the baby's pics. I just took them, he turned 8 weeks on Mon. 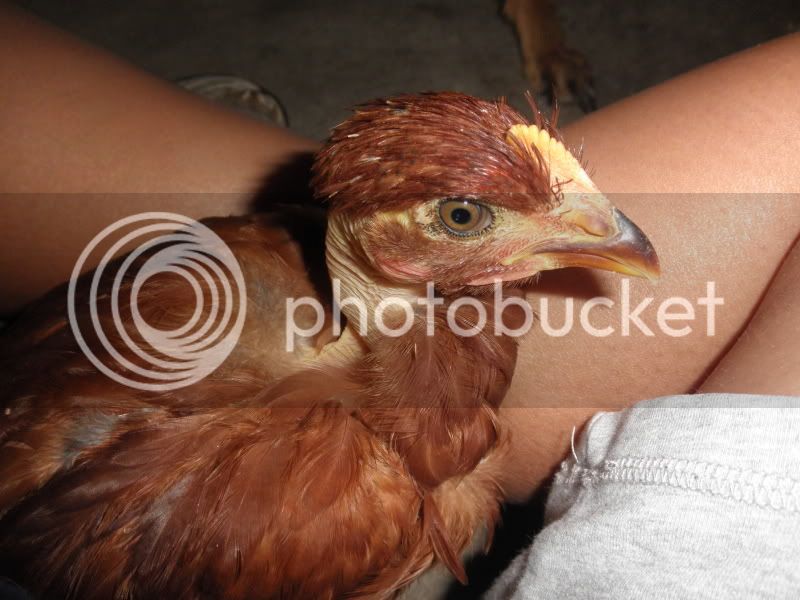 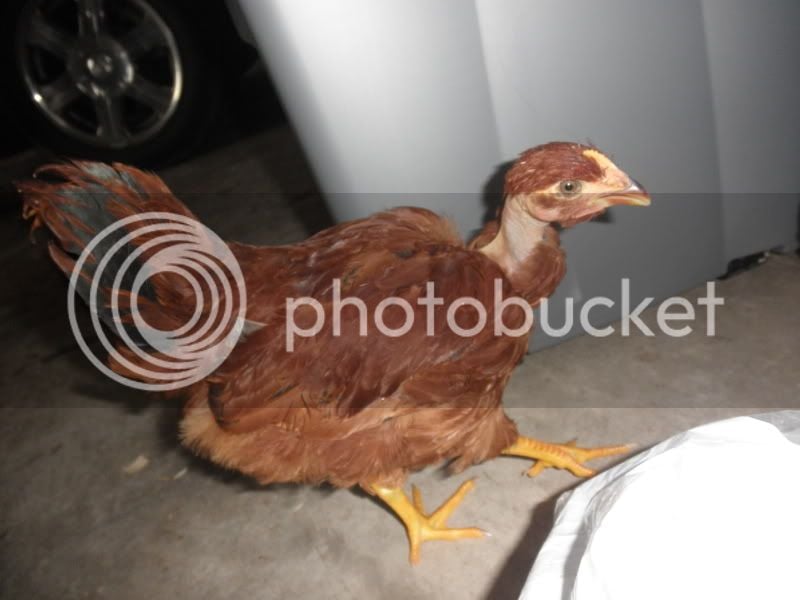 And here's the roosters just for fun. 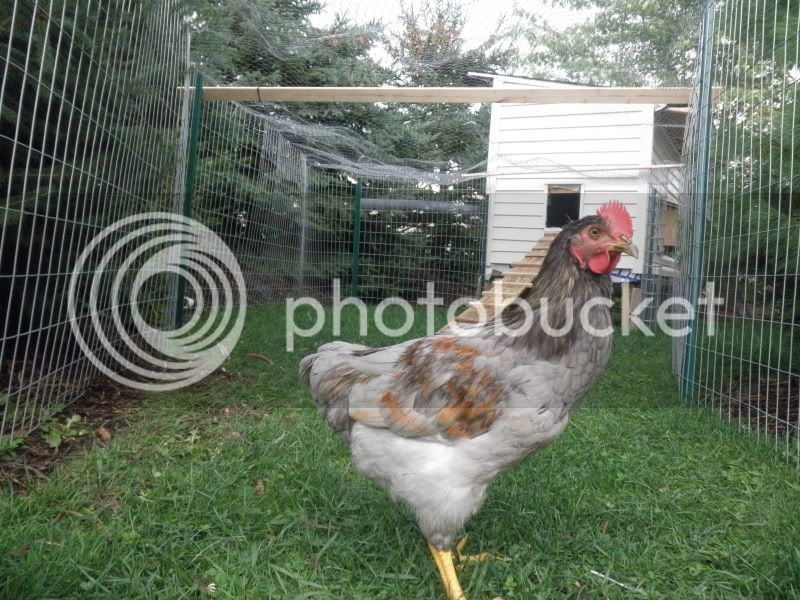 I'm not sure. It looks like a pullet to me based on general body conformation. The legs don't look real heavy, which indicated pullet. The comb and wattles could still go either way at that age. At least the comb is pale and not red. Maybe someone more used to Turkens can be more specific.