Fox attacked my Alpha Guinea on her nest of Eggs

Last night (Monday night)I heard my guineas squawking and I knew it was my guinea that was sitting on her eggs because she was the only one that wouldn't come into the barn with the rest for the night. It had been raining all day. Any way she was really screaming and I knew something was wrong. I went outside and by my flower bed right beside the door we go out of there was the guinea and the fox. The fox was ready to take her and finish her off. She was in a sitting position and her head was laying on the ground. I thought she was dead but I saw her breathing so I picked her up and put her in a box and put her in a dark quite room. She was in shock. The fox tore out many of her feathers and their is a scrape on one side of her face (probably from being dragged on the concrete driveway) and it looks like a tooth mark by her wing. I haven't examined her thoroughly yet, wanted her to rest and see if she made it through the night. She wasn't bleeding but there was a part of her wing that had a bloody area but no blood pouring. What else could I do to help her? She is the Alpha Hen. I will put her in a large dog crate and put her in the barn so she can communicate with the rest. I took all her eggs from the nest so the fox couldn't go back and eat them. I saw him circling back towards her nest. I couldn't get a good shot at him but his days are numbered. I will put some of her eggs in her crate with her so she will not go nuts wanting her eggs. She has only been sitting 3 nights. Will her eggs still be good if they get cold?

Top Rooster said:
No her eggs won't be good if she stops sitting on them you can help her by giving her electrolytes in her water and apple cider vinegar
Click to expand...

Where would I get this apple cider vinegar? At the grocery store? I don't know about apple cider vinegar, how much should I give her in her water? She has really perked up today but has lost alot of her feathers. I have found 6 piles of her feathers starting with at her nest. She must of really put up a fight. I have put her in a large dog crate with shavings and she is resting comfortably. Thank you for your reply

Is she sitting on the eggs you gave her? About three table spoons for a chick waterer, you can get it at the grocery store.

Unfortunately, she totally ignored her eggs. She didn't even go back to her nest, I didn't want her to. I destroyed her eggs. I would think she was sore because all of her feathers that went around her legs is gone (I call it her skirt). You can see all of her legs (poor baby). I believe she lost her alpha status, another hen chased her away from the food. Her mate did recognized her and followed her all day. She preened all her feathers that was left. This is the next day. 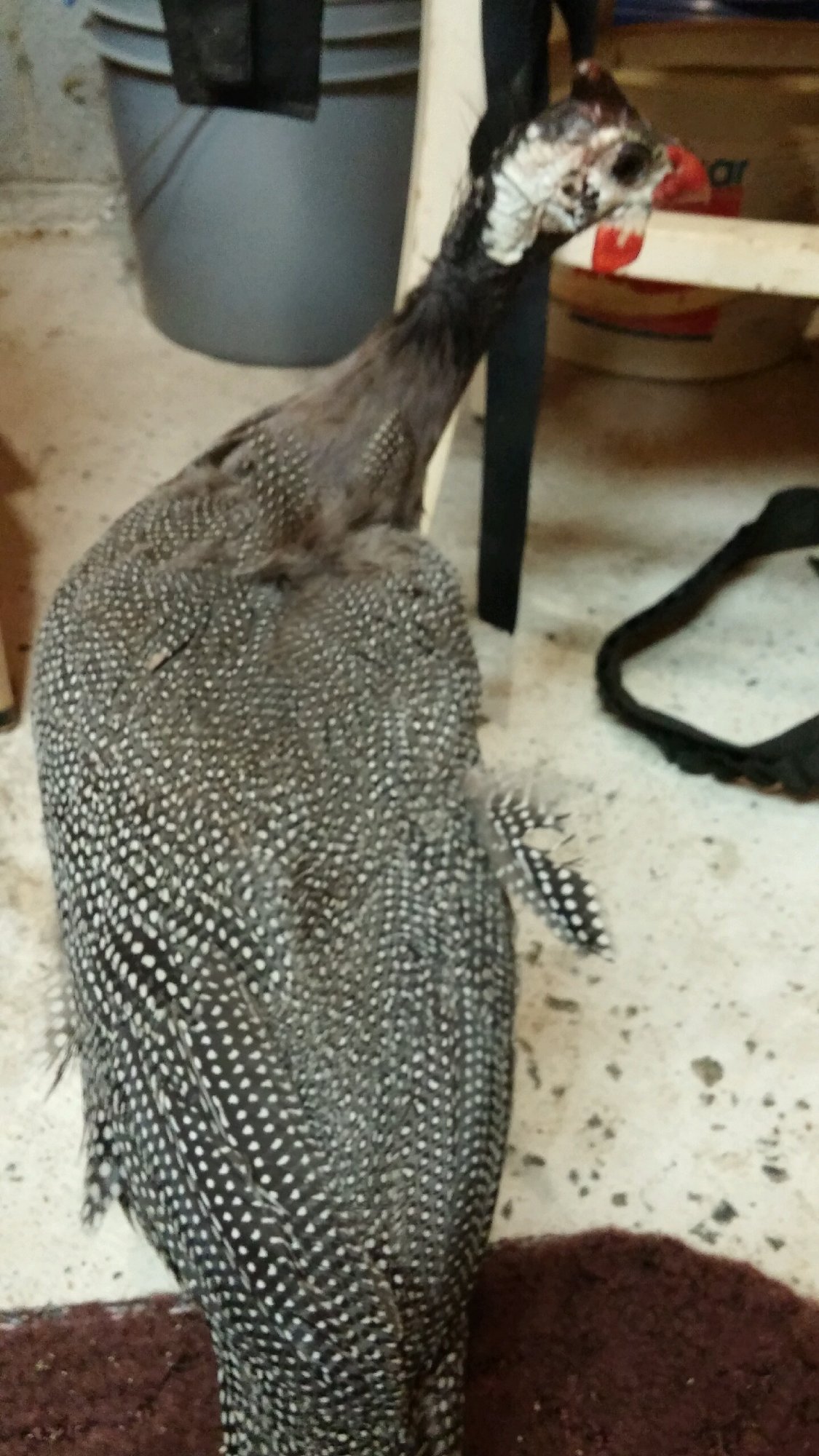 Severely injured chick from fox attack, then pecked by flock
2 3 4