I have a hen that has been ill for three weeks. She has always been a sensitive one, so I am wondering if things are just compounding. It looks like now she has vent gleet.

Here is all of the background.


Buff Orpington Hen
1.5 years old
Attacked by a hawk at 6 months, carried a half acre and dropped. Permanent injury to eye, always been just a little slower since then. (Eye is always a little swollen, but vision seems okay....)
Super Docile, my entire flock is docile.
Free Ranges - eats a 20% starter/grower and free range
Over the last 6 months, I have had 150 chickens here, all in as chicks, NOTHING in as anything but an egg or day old chick, and have had ZERO other illnesses.

Three weeks ago, I had a hen go broody. Two days later I noticed this BO hen in question acting off. A little lethargic and her eyes closed. Immediately brought her inside, I thought there was a chance she tried to get in the broody box and got pecked. Photos here from that time frame. 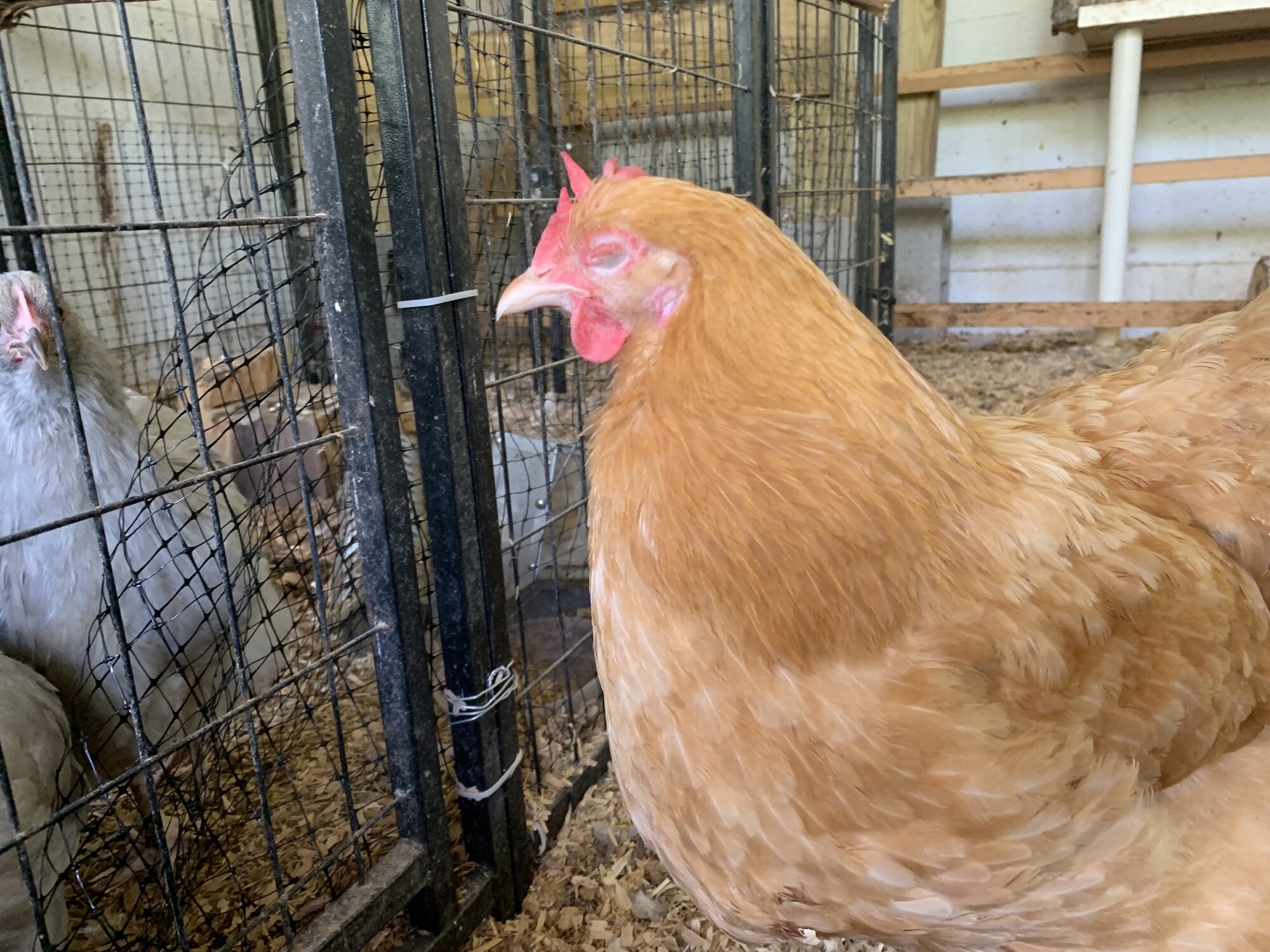 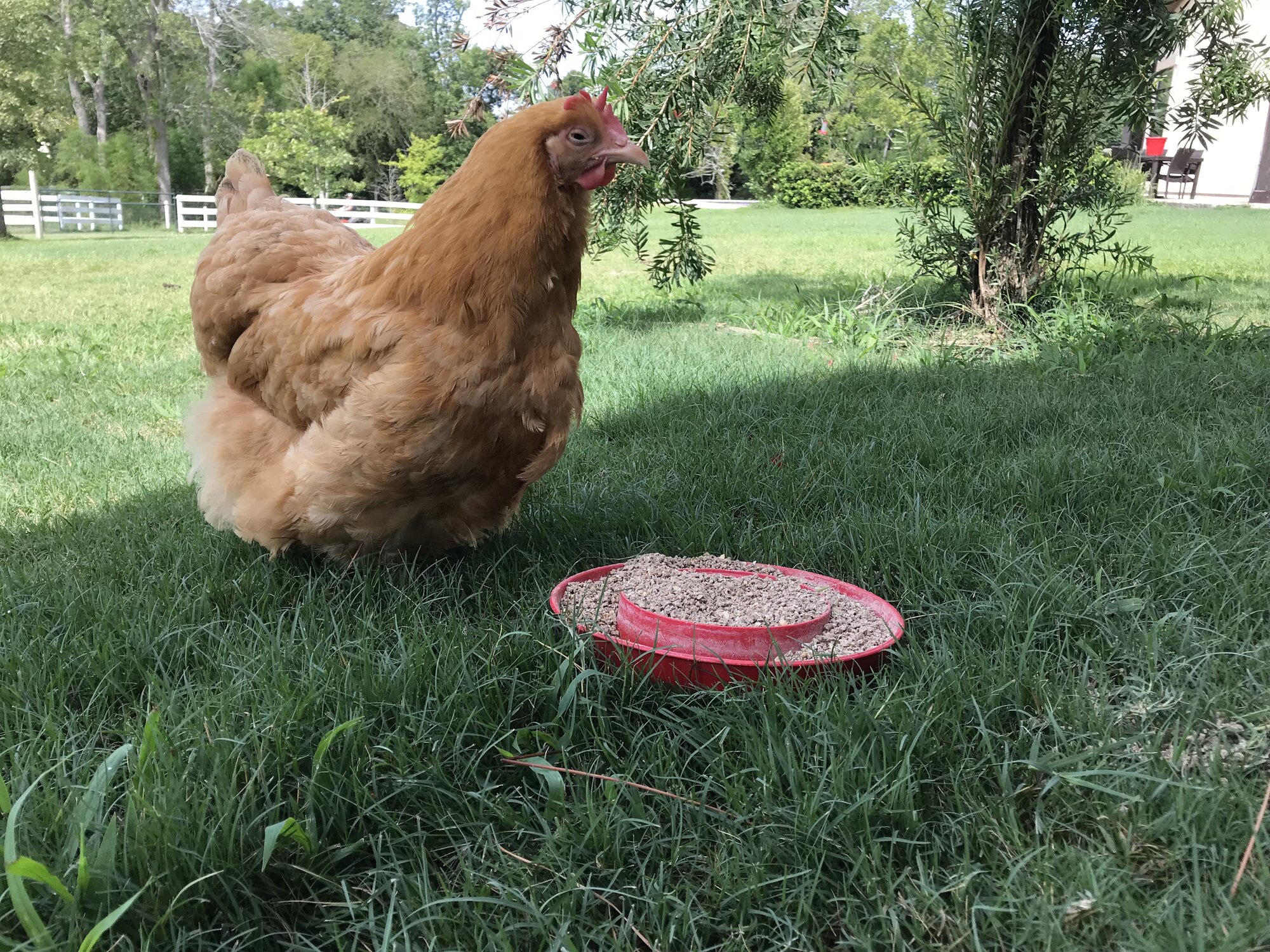 I brought her inside, cool, dark space, and monitored her. Eating, but not much at all. Noticed the bright green small poops that said just that... she isn't eating.

She would scratch outside, peck at some treats. Her bad eye was constantly shut. I picked up some Terramycin and treated her eyes in case something was happening there, and she seemed to be improving. I snipped the feathers around her vent, just a little bit of the poop was getting stuck. After a week inside, I noticed she had started a full on molt. I took her back outside for two days once we were through a heat wave. She moved around with the chickens, but at night, I would find her out crouched somewhere and not coming back to the coop. I Brought her back inside with me.
Photos here from her two weeks ago at that time. 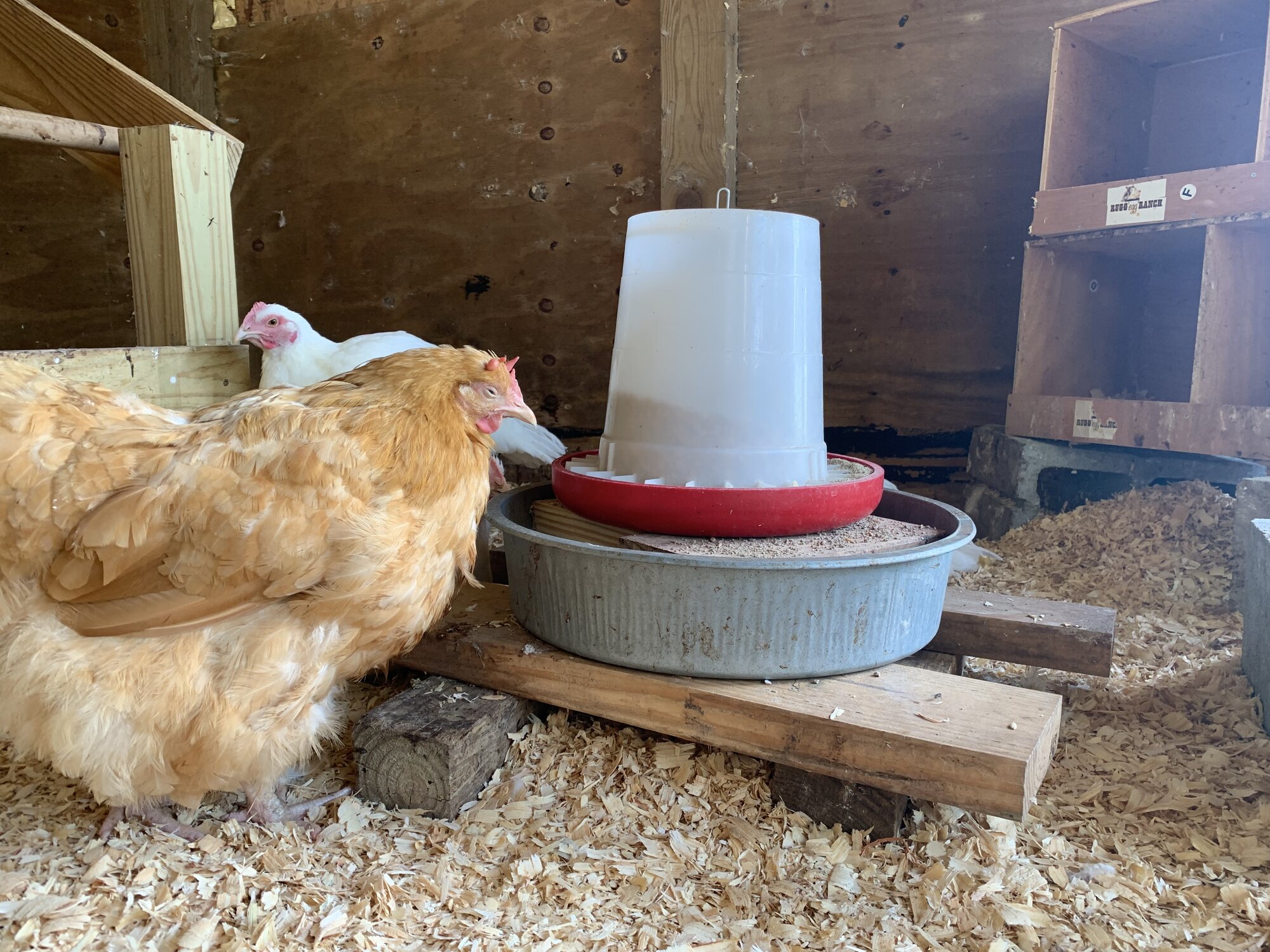 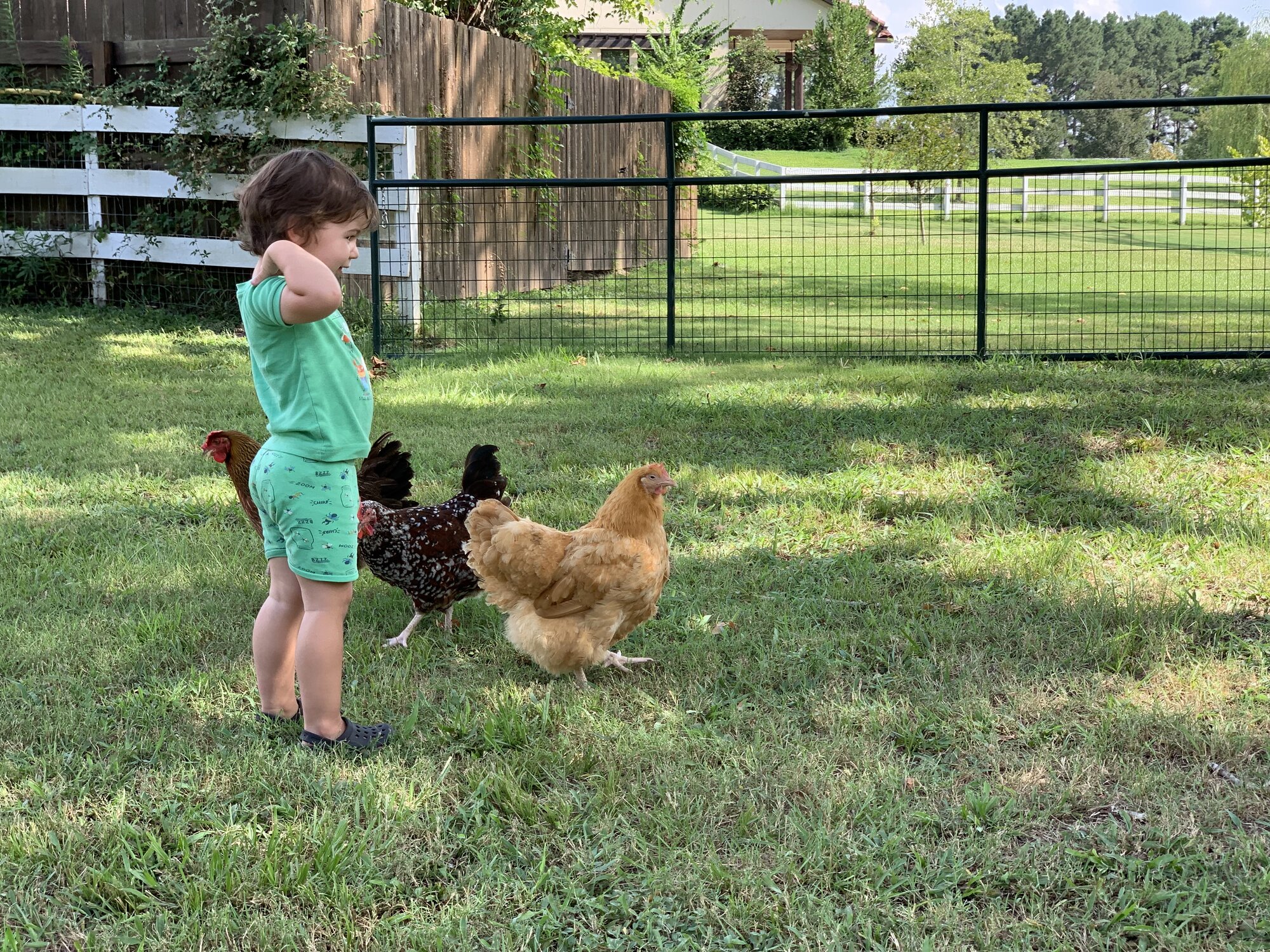 I don't imagine she is eating. I have put many treats in the pen with her, and occasionally I will see her peck at something. Her favorite treats she ignores. She has lost a lot of weight.

Today I went to do an all-over check, and in the two or three days since I last did, she had almost a totally encrusted vent. Yellowish poop. I snipped feathers off, but there's still a lot left. Do I worry about trimming those feathers with new ones coming in? I was worried to get too close to what looks like pin feathers coming in. 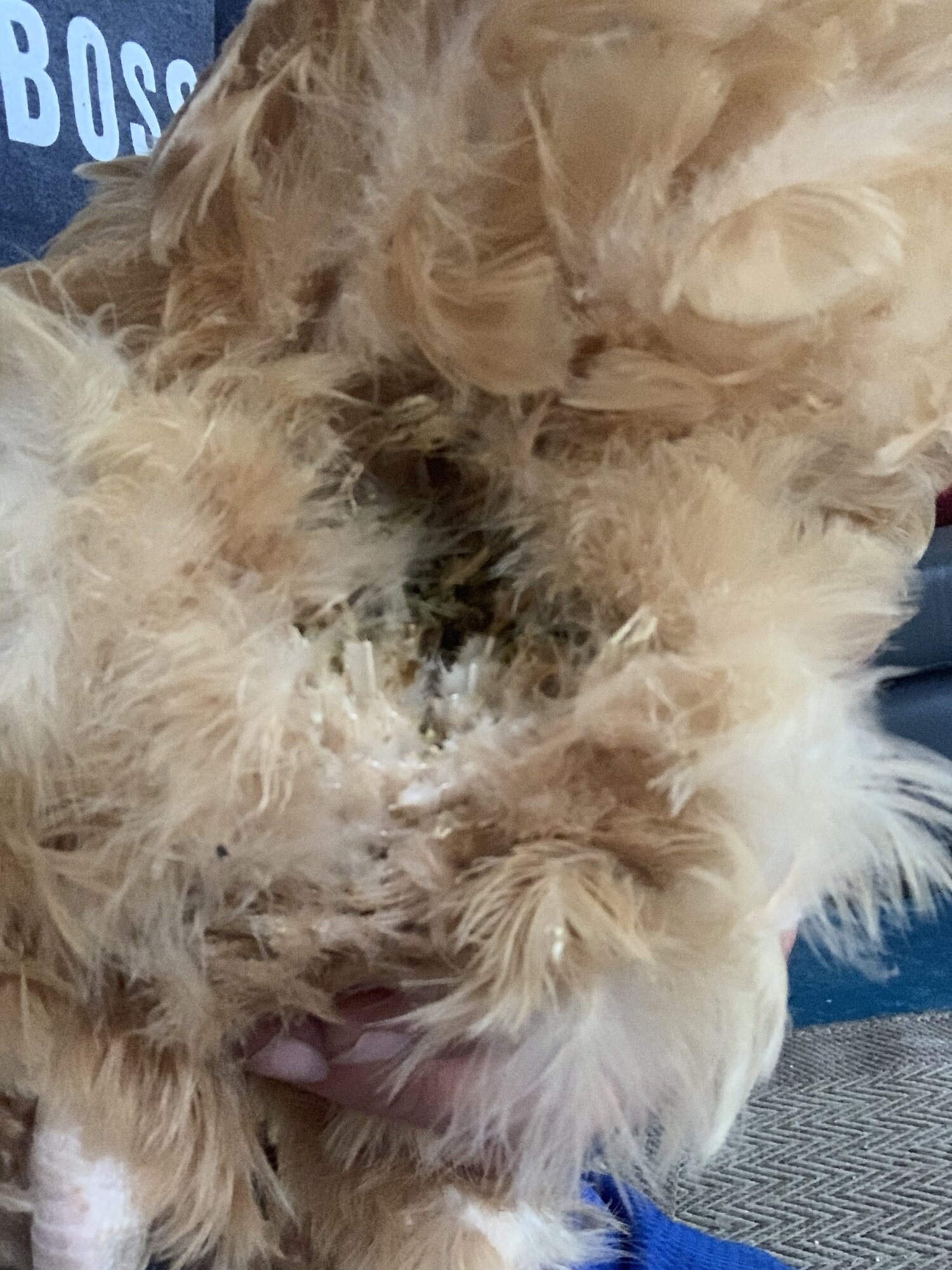 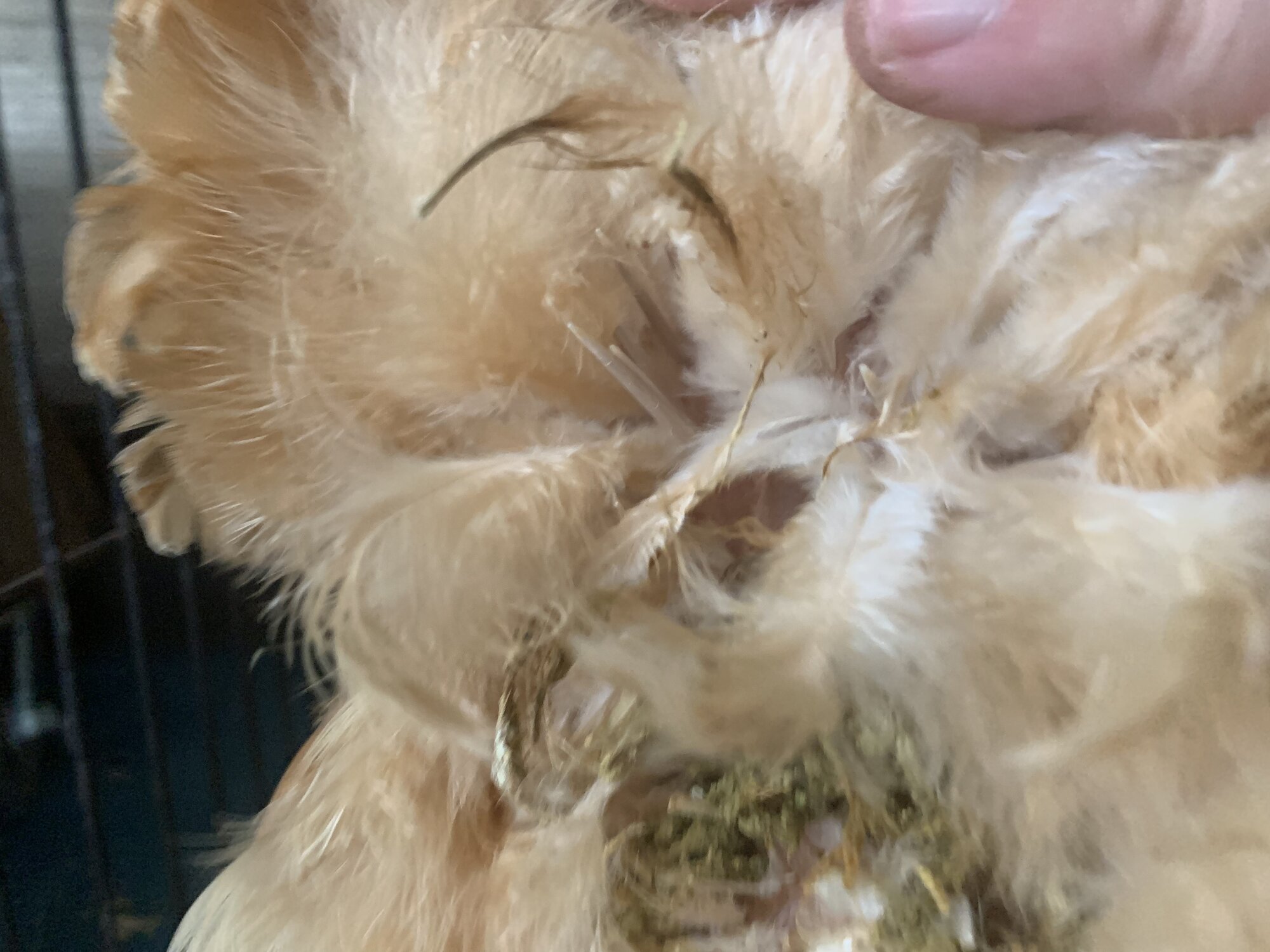 I am going to bathe her later tonight when I finish all the rest of the daily chores. I purchased yogurt today at the store, and am going to try that tonight.

Should I treat her for vent gleet? is this just this runny, liquid poop sticking to her? Is that vent gleet? Ive never dealt with it, and assumed it would look different on her vent. Her vent here is absolutely not inflamed, it just has this poop dried to it. It also doesn't particularly smell yeasty to me, it smells like urine.....

Also, here is her latest poop. It looks worse and worse daily to me now. IS there anything here to even take for a fecal? Is there anything I am missing to be checking on for her? 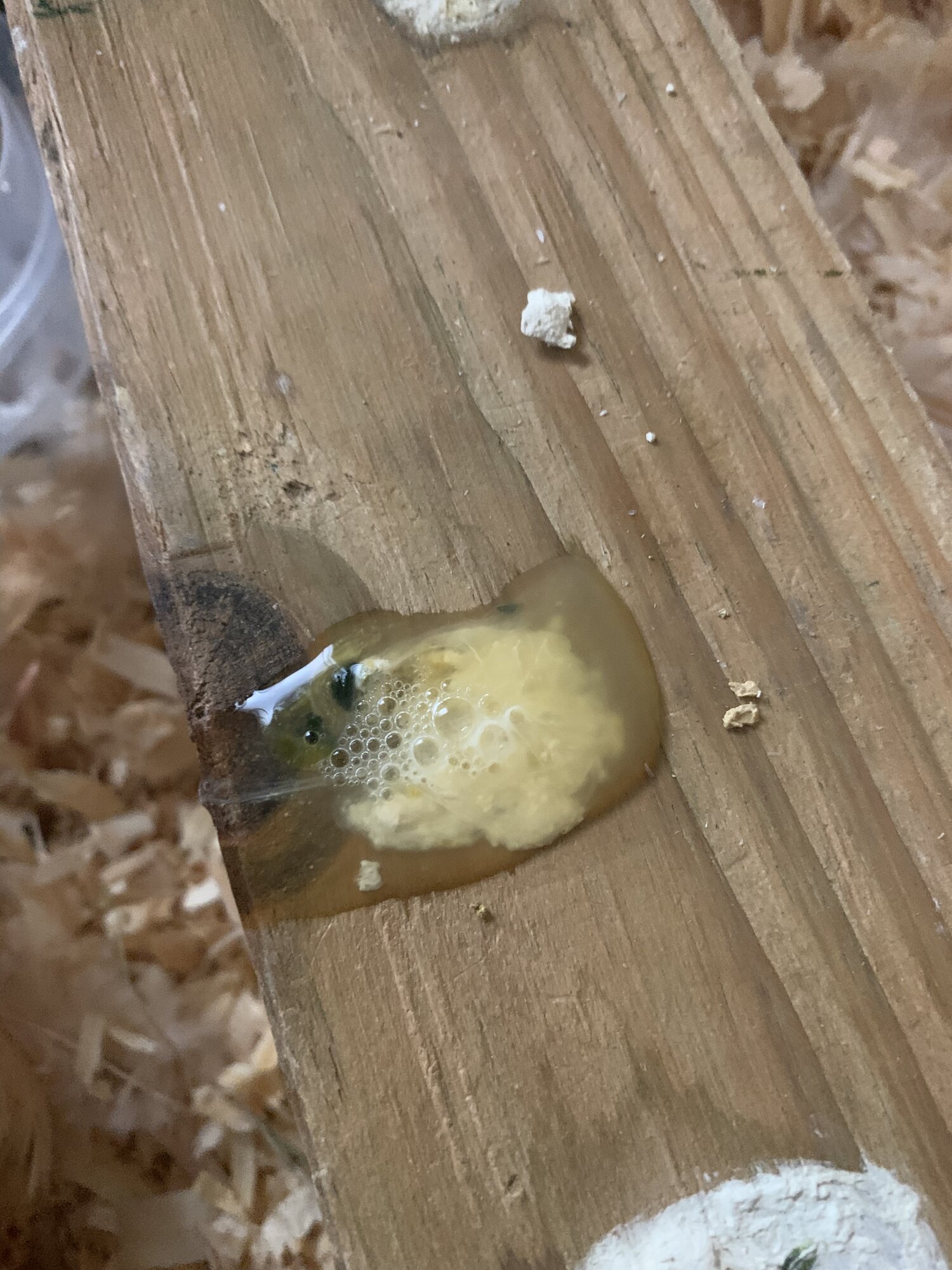 Could this all be related to a sensitive hen and a molt?

have never seen one do this, but with heat and molting and sensative could be a combination.

Can you get a close up picture of her vent?

I'm so sorry she's still not improving. The only thing I can think of that causes dirty butts like that is worms but it seems she's dealing with a lot of issues here.

I hope someone can assist you.

casportpony said:
Can you get a close up picture of her vent?
Click to expand...

Yes will do ASAP.

I also forgot to mention heat wise we have had entire weeks over 100. I use a port a cool AC fan in the coop and she has been in AC, but still exposed to it.

:-/ it’s a little hard by myself. I’ve got to use the forward facing camera and it isn’t so clear. I’ll try again tonight after I bathe her, but that will be super low light so it’ll probably be the morning before I can get a clear photo.

Is there anything particular you’re wanting to see I could look for? 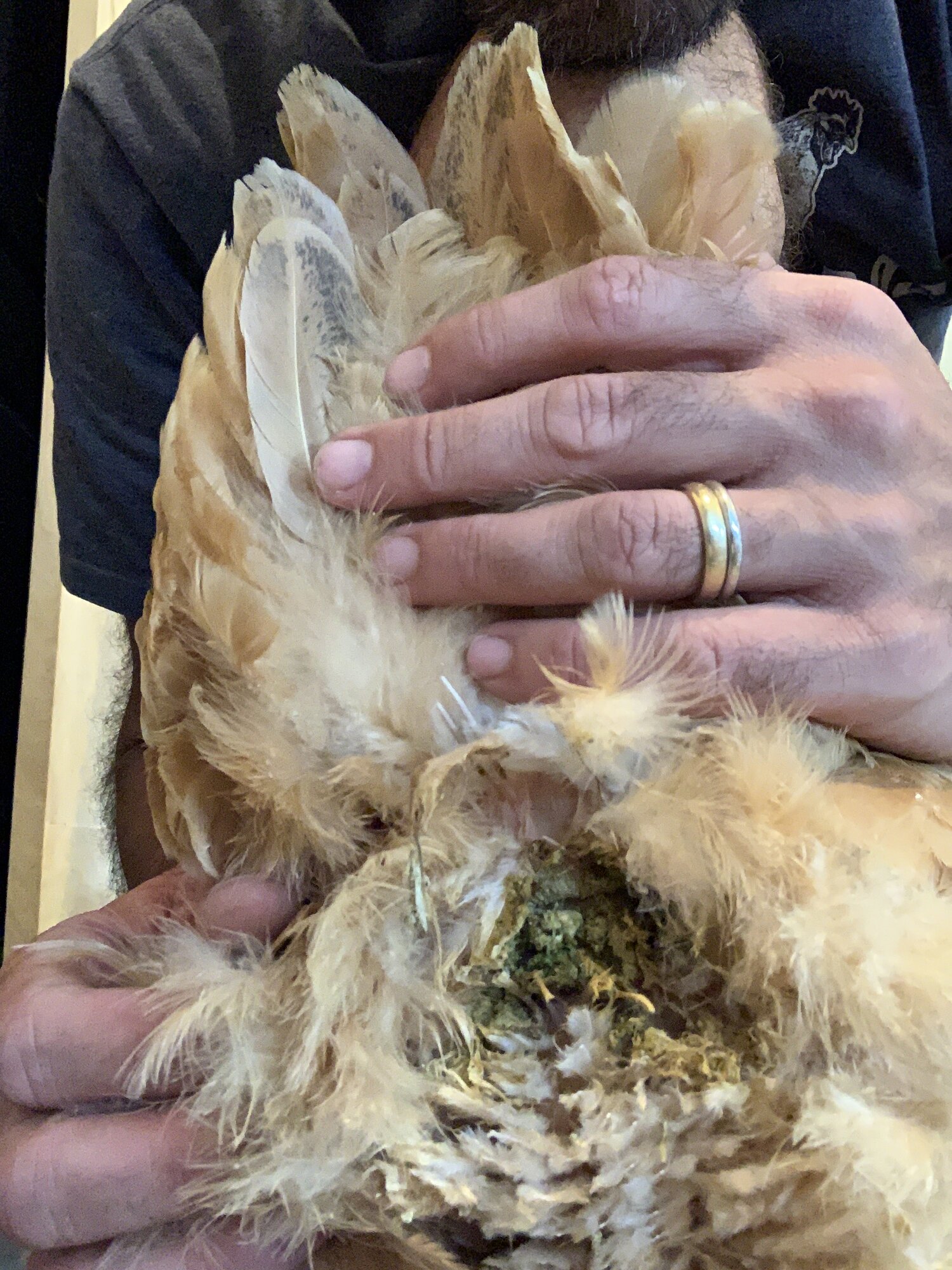 I would like to see how her vent looks and if it has any noticeable infection. Another thing to check is her keel, as in how prominent is it. 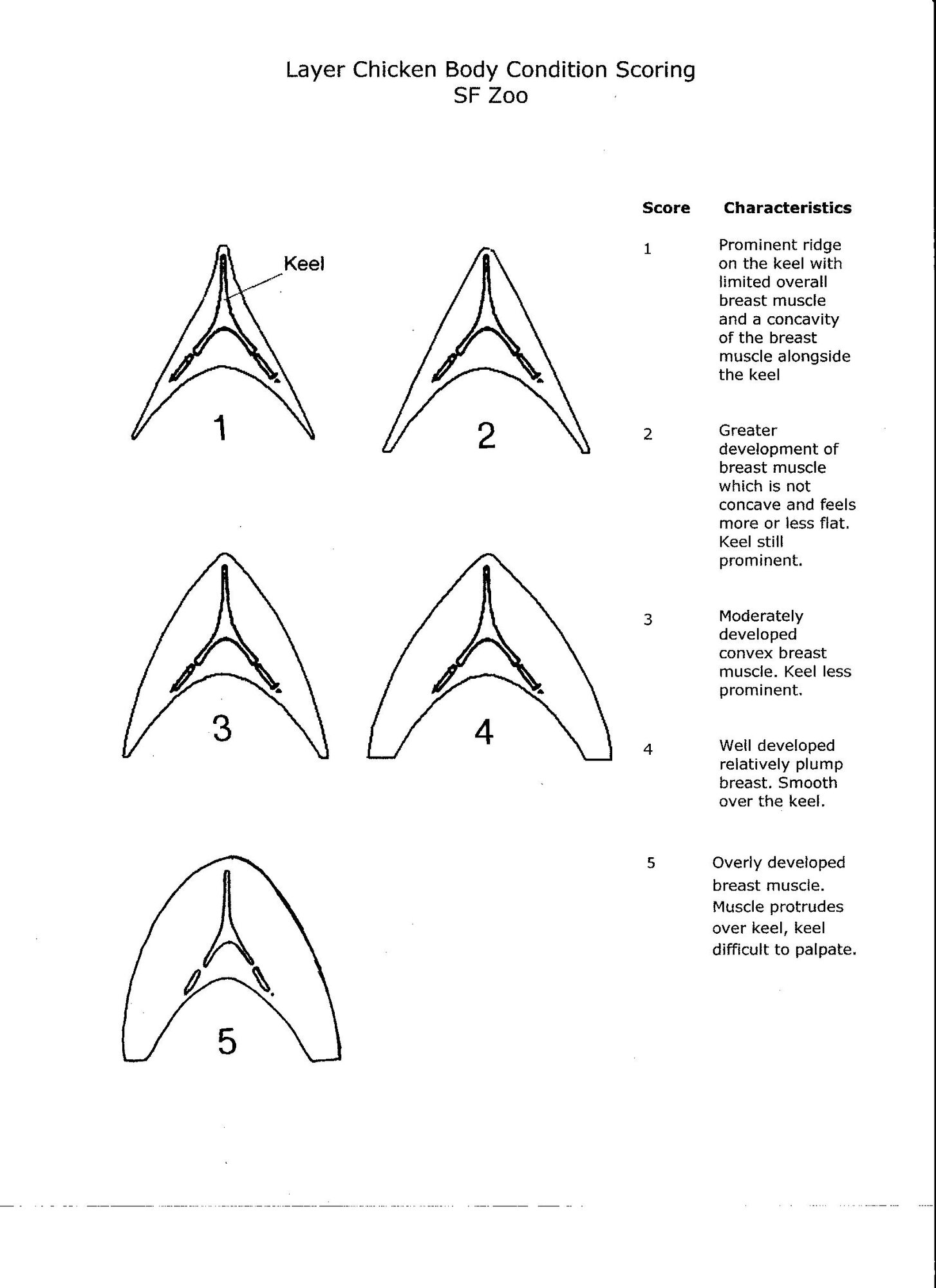 casportpony said:
I would like to see how her vent looks and if it has any noticeable infection. Another thing to check is her keel, as in how prominent is it.
View attachment 1889818
Click to expand...

I see nothing but light pink skin anywhere around her vent. Ill try and setup a light after I bathe her tonight to get a better photo of the area.

A one is pretty thin, but there are some things you can try.

Forgot to say it that be very careful bathing her because once they get this thin a bath can really chill them and send them over the edge.

How should I go about cleaning a poopy chicken