Hello everyone, I'm new to this forum

Hello everyone, my name is Grace, I'm 24 and from Wales, a student nurse and I just signed up today to this forum.

I am a new (ish) owner of two amazing call ducks, Jemima and Myrtle - Jemima is a male but as we had no idea at the time on how to identify males/females we naively named him a woman's name...until we saw the curl of the tail and heard the deeper quacking sound -oops!

Anyway, we kept his name as believe it or not, as they both know their names very well. Myrtle sticks to his side like glue, they love each other.

I had them at 7 weeks old from keepers who had too many ducks and needed to give some away. Being a huge animal lover I couldn't resist. I absolutely LOVE them, they give me hours of joy and love.

They are now both 8 months old and Myrtle started laying end of January, she has laid around 10-11 eggs and has been sitting on them for 6 days so far. Prior to laying she disappeared for a whole morning (making me cry like a child for hours), only we discovered she was finding the ideal spot for a nest. It is thanks to this forum that I have the knowledge I do now on how to look after my ducks so far, but it has been a learning curve...

Jemima flew away the other day and we were very, very lucky to get him back - the RSPCA found him and after many frantic phone calls to them they were fantastic and brought him home. I then learnt to clip their wings, just the one so that they are off balance - phew!

It has been interesting learning about calcium needs/protein needs, experimenting with vegetables etc.

Mytrle's call is amazing - loud but fascinating, it sounds like she is laughing. Jemima follows my dog around everywhere which is entertaining. They have so much character!

So there is the intro to my little duck family. I also am the proud owner of a golden retriever called Candy (13yrs) , two cats - Domino (16yrs), Oliver (7yrs), 10 Rabbits (Gerald, Cotton, Blackberry, Tallulah, Pompeii, Chick, Rocky, Bumblebee, Mickey and Blackie (we ran out of imagination at the time) all 3-4yrs old) and one guinea pig called Frankie (6yrs).

Nice to meet you all and can't wait to learn more!
A

What breeds are your rabbits?

they are Giant Lop and are free roaming! Do you have any?

Welcome to BYC, Grace! Sounds like you're putting together quite a hobby farm. Great to have you here! 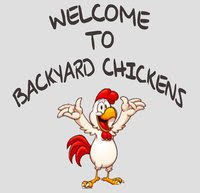 Welcome to BYC! I like that you kept his name. Kinda like a Boy Named Sue haha

It was fun reading about your ducks! Thanks for joining us

Hello, Grace, welcome to BYC - glad that your animals bring you so much joy.