. When he first went into the coop he thought she was dead but then she moved. She was hanging with her head touching the floor. He broke the board to free her without causing any more damage to her.

She now can't seem to really use the leg she was hanging by. It doesn't look broken or dislocated. She can move it but when she tries to walk her toes knuckle under and if she tries to bare weight on it it kind of collapses under her. She doesn't really seem to be in pain. For the past two days I have kept her in a small dog cage in the garage so that she can easily access food and water (her appetite is good). I put her out in a 4'x8' pen for a couple hours tonight and plan on putting her in it again tomorrow during the day. I have her out of the coop because I don't want the other hens picking on her or the rooster jumping on her. Also, I don't think she could jump up the small step into the coop.

Other than what I am doing is there anything else I can do for her?

Here are some pictures of her that I took while she was out in the pen this evening. 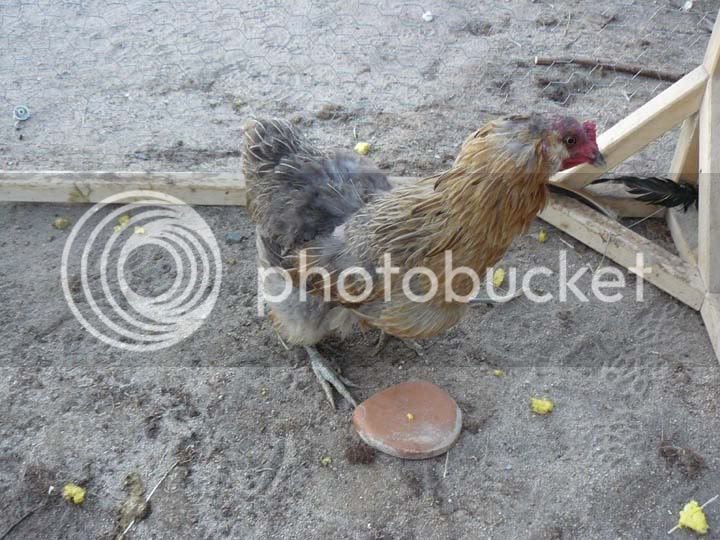 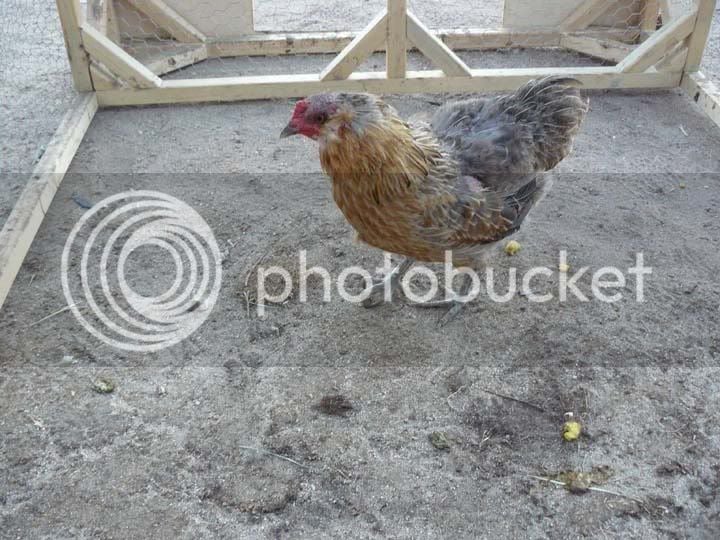 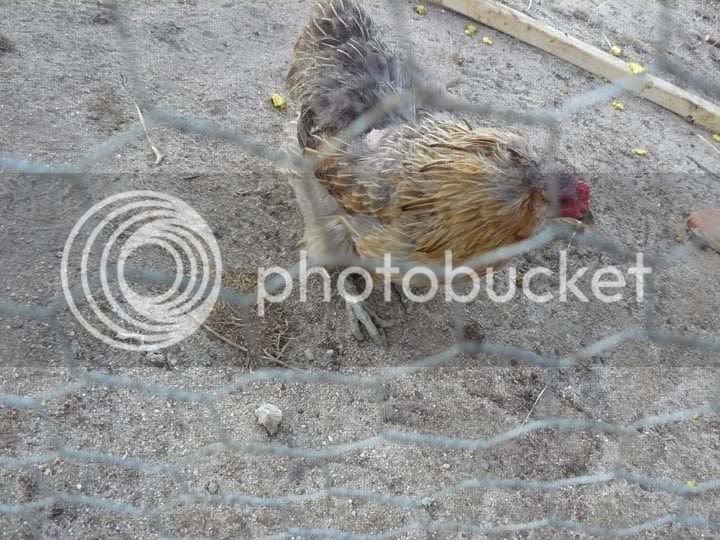 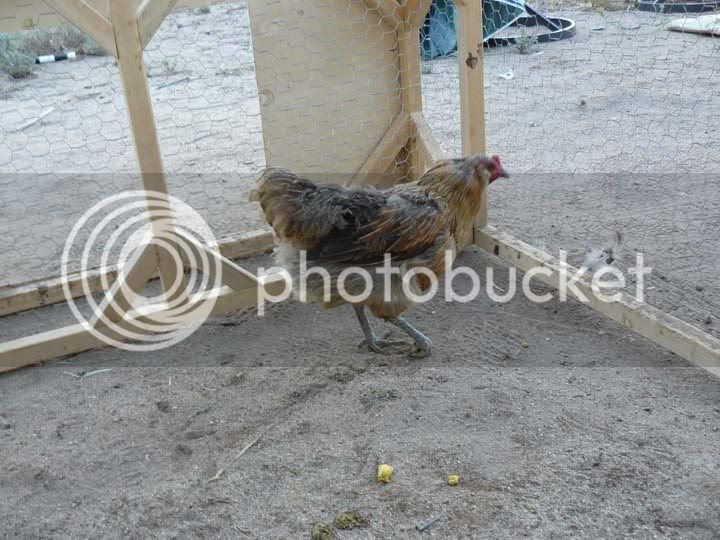 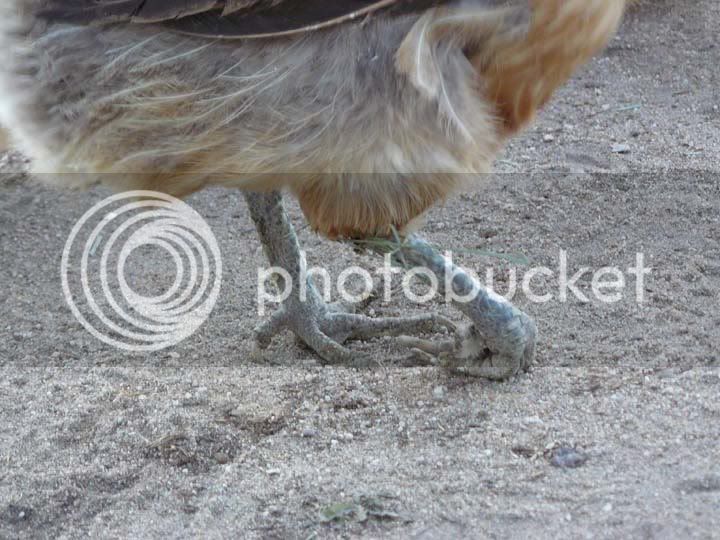 Keeping her off her feet and giving food is probably all you can really do. Probably a really bad sprain that does hurt, but they are great at hiding things like that. Let's hope for a speedy recovery!