Hens in the same nesting box

I'm a bit new to raising chickens, so this may seem like a dumb question

I have one hen that's laying and one that hasn't begun yet. For the past couple of days, neither has left the nesting box, and the non laying hen seems to be "protecting" the other hen. What's happening?

My girls do the same thing. Kinda reminds me of how us woman all go to the bathroom together when in public! I think the other hen is just cheering the laying hen on. Pretty birds!

How old are they? They sound broody. The one looks like a Cochin? Which is definitely a broody breed.

Forgot to say, as long as the watching pullet lets the layer out of the nesting box to eat and stuff, its no biggie!

Ha! Cute picture. I’m new to chickens too so i’ve no idea, but today I saw two of my girls in the same box and when the first one laid her egg the second one stole it right out from under her and sat on it until she was done laying hers. I think it really confused the first chicken because she then continued to sit in the box for a while when normally she would leave.(No, the first chicken is not broody because as soon as she was done with her own laying she was out of there)

oldhenlikesdogs said:
How old are they? They sound broody. The one looks like a Cochin? Which is definitely a broody breed.
Click to expand...

They're both cochins! Not sure the exact age, but they're under a year old

I think they are doing a bad job at co-brooding

Not quite sure what's happening, but I would guess it may have something to do with the new-to-laying thing. Chickens have their quirks especially when they begin to lay.

I have 6 girls, 3 are laying. There is always a group in there together when one is laying and sometimes even the rooster stays with them too.

When my barred rock was laying her first egg, my boy was right there with her the whole time. 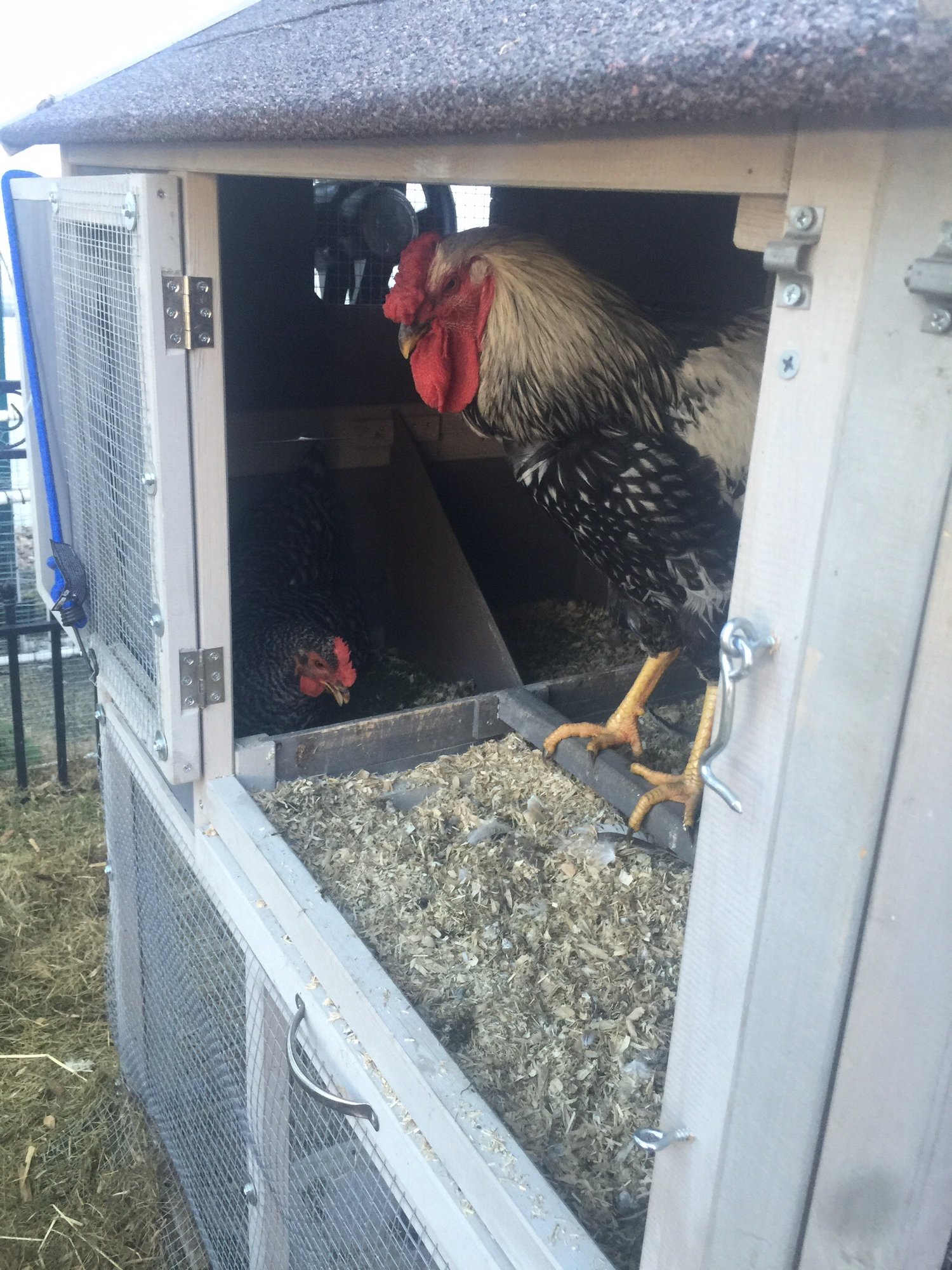 And the three that are laying always lay their eggs in the same nest box. I'm waiting to see where the other three lay their eggs, whenever that may happen.

Do the nesting boxes need a little light?