How do I tell a turkey vulture from a hawk when it is high in the sky?

Okay, okay, I know this sounds a little (okay, a lot) stupid, but I can't tell the difference between a hawk and a turkey vulture if they reasonably far in the sky. Whenever I see a big dark bird flying around outside I quickly put my chickens inside their coop. If I am up close, I can easily see if it is a hawk or turkey vulture. But when they are up in the sky, I have trouble knowing which one it is... I love to sit outside with my chickens running around, but I know hawks are really daring. So I don't wanna take any chances. I have heard though, that if there are two or more, they are probably turkey vultures. I have also heard that turkey vultures are bigger and darker.

Any tips on telling the difference? Any comparison pictures? I had trouble researching this on Google.

maybe this will help you.

This is a turkey vulture:

Quote:
This. A hawk will be oatmeal colored underneath, while a vulture is all black. 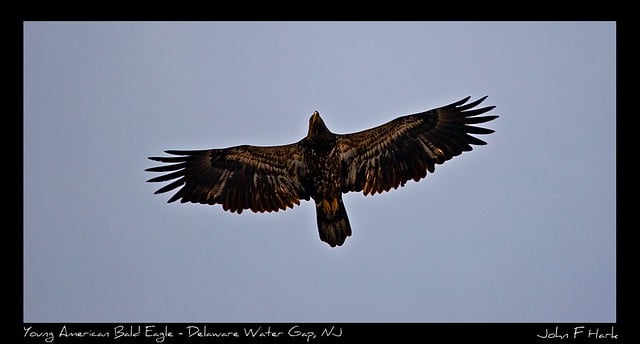 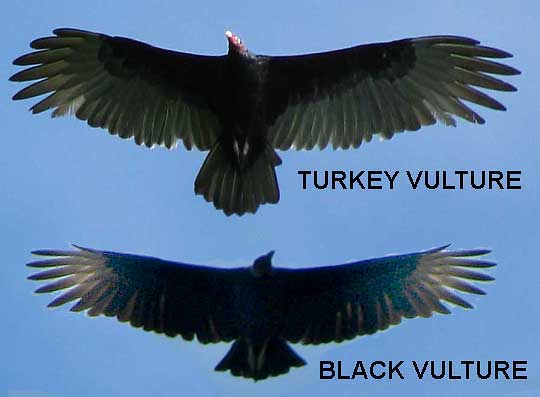 Looking at the mountains in MT

Look at the photos posted above, and notice how the flight feathers of the vultures look transparent (without barring), while the hawks not so much (and if they do, it's usually barred). That is your best clue for bad lighting. Turkey vultures will have all "transparent" flight feathers, while the black vulture only the primaries.

If you are very interested in being able to tell the different raptors apart in flight, there is a great book called Hawks in Flight by Sutton, Dunne & Sibley.

ETA: looking at the cover of that book on Amazon, is a Northern Harrier that is holding its wings in the V-like position. Harriers aren't buteos (like Red-tailed Hawks) so the above doesn't apply. I usually tell people that Harriers are hawks that give you the impression of a gull when flying.

ETA x 2: Yetti, the photo labeled "Sharp Shinned and a Red Shouldered Hawk" is actually a Sharp-shinned Hawk (an accipiter) and an immature Red-tailed Hawk. You can tell by comparing the wings with the photo of the adult below. Red-tailed Hawks almost always have that dark leading edge (patagial mark) and a dark "comma" at the wrist and a dark belly band to some degree.