I think my chicken just had a seizure

I have two roosters and I had 20 hens at one point. I am down to two adult hens and two roosters. I just introduced nine new chicks a week ago. My roosters are a mixed breed black Australorp and a Slikie. The black Australorp has always been at the top of the pecking order. I noticed just two days ago that the silkie rooster has started attacking the other rooster. So today when it got really bad I separated the silkie(the bully) from my hens and rooster. Just as I finished fencing off the silkie in his own pen I saw my black Australorp rooster stick his head out of the coop. I got out of our add on and went to open the door of the coop to let the black rooster out now that the danger is no longer there. Just as I was opening the door. His head started swaying in circles, his feet were clenched and he just started flapping and rolling around for about five seconds. I started freaking out. I closed the door and walked away for a sec stunned. I reopened the door and there he was what I thought was dead. Lifeless. I screamed for my fiance and he just saw him a second prior also sticking his head out of the coop he thought I was lying. I have myself a few minutes sat down and composed myself. I went to go back in to grab him out and his head started moving and next thing I know he is sitting up. I placed water right in front of him(maybe thinking he was to scares of the other rooster to come out and get water.) I did notice since the silkie started pecking at him his breathing and been very labored, the last couple of days. But I figured it was because of the hear or stress from the other rooster. The black Australorp was hatched on this property three years ago when I had a different silkie rooster who wouldn't let me near the eggs. So I guess my black Australorp is a heins 57. Help me!! I need help and guidance. I have had chickens for 6 years now but never experienced this. What I have read is it could be a seizure or it could of been a heart attack. At the moment as I am typing this he is still sitting in the same spot but is alert and is agitated and pecks at any other hen that gets near him(which isn't normal of him). I have some experience raising chickens back to health. A few years ago I lost a hen to a raccoon while I was in the yard maybe 100feer from the coop. My biggest hen at the time tried to help an ended up getting half her head tore off by the raccoon. I was going to end her suffering but did research and nursed her back to health. And she ended up living another year. I don't want to look my buddy my pale. If I have to I will get rid of my silkie rooster if stress is causing it. I just want my baby boy back. HELP!!! 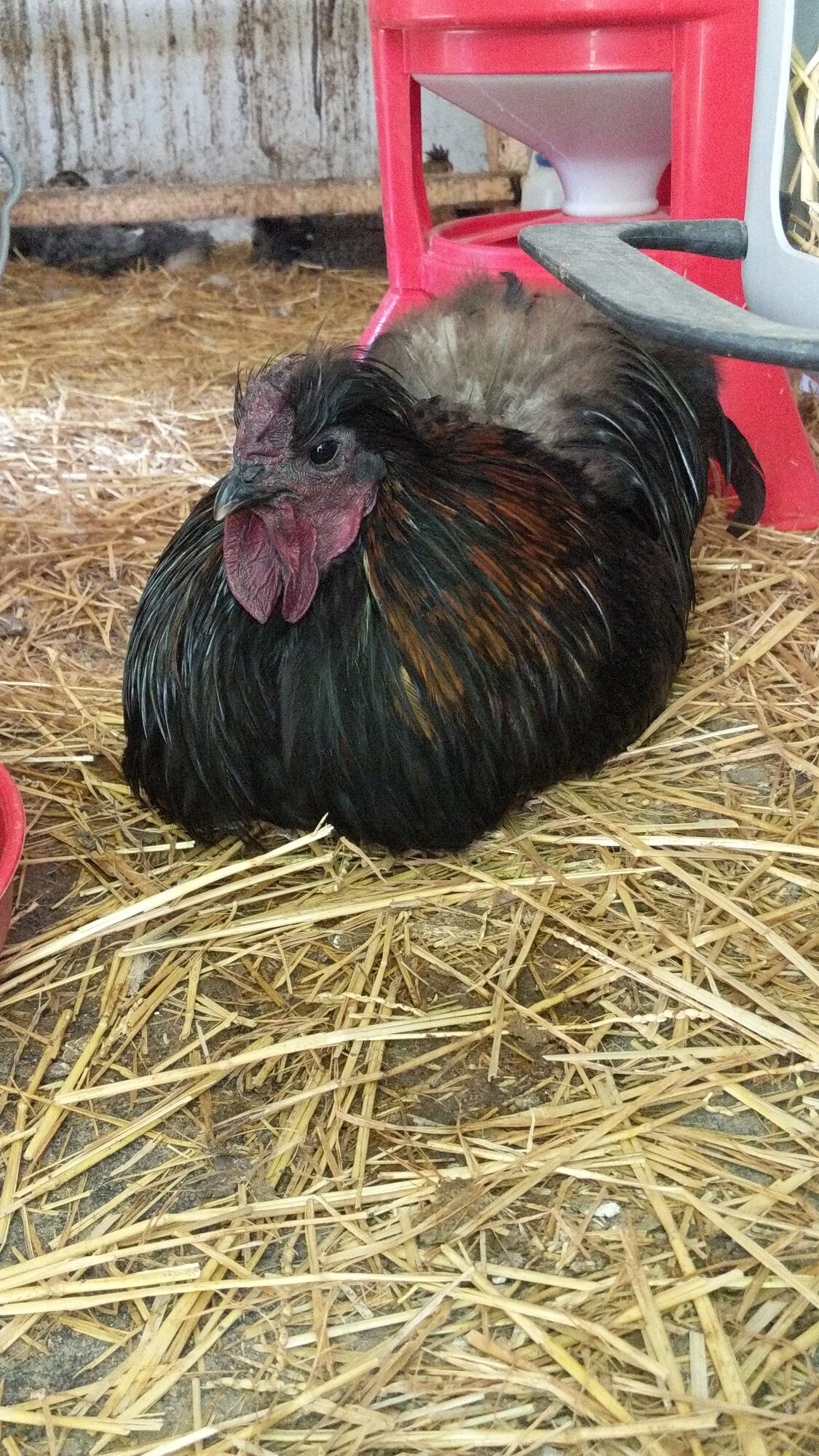 And within 20 mins he came out of the coop on his own and is hanging with the chicks.

Broken jaw at the hinge? Anybody know how to treat it?