Incubating against the odds...

So this evening we started our third incubation, a friend of ours recieved a blue copper maran rooster and his Americauna has been laying fertile green eggs quite consistently. We had eight saved from march 29th until today, and threw in a random brown egg just to fill the incubator. I've uploaded a picture so you can see, these eggs are very small and oblong, so I'm not positive they will do great, and with some of them being over a week old i know their success rate is decreased-but we've tried some tricks such as the pointy side down in an effort to give all these eggs a fighting chance!
We'd love to hear your thoughts and suggestions and we'll keep you posted on the details over the next few weeks! 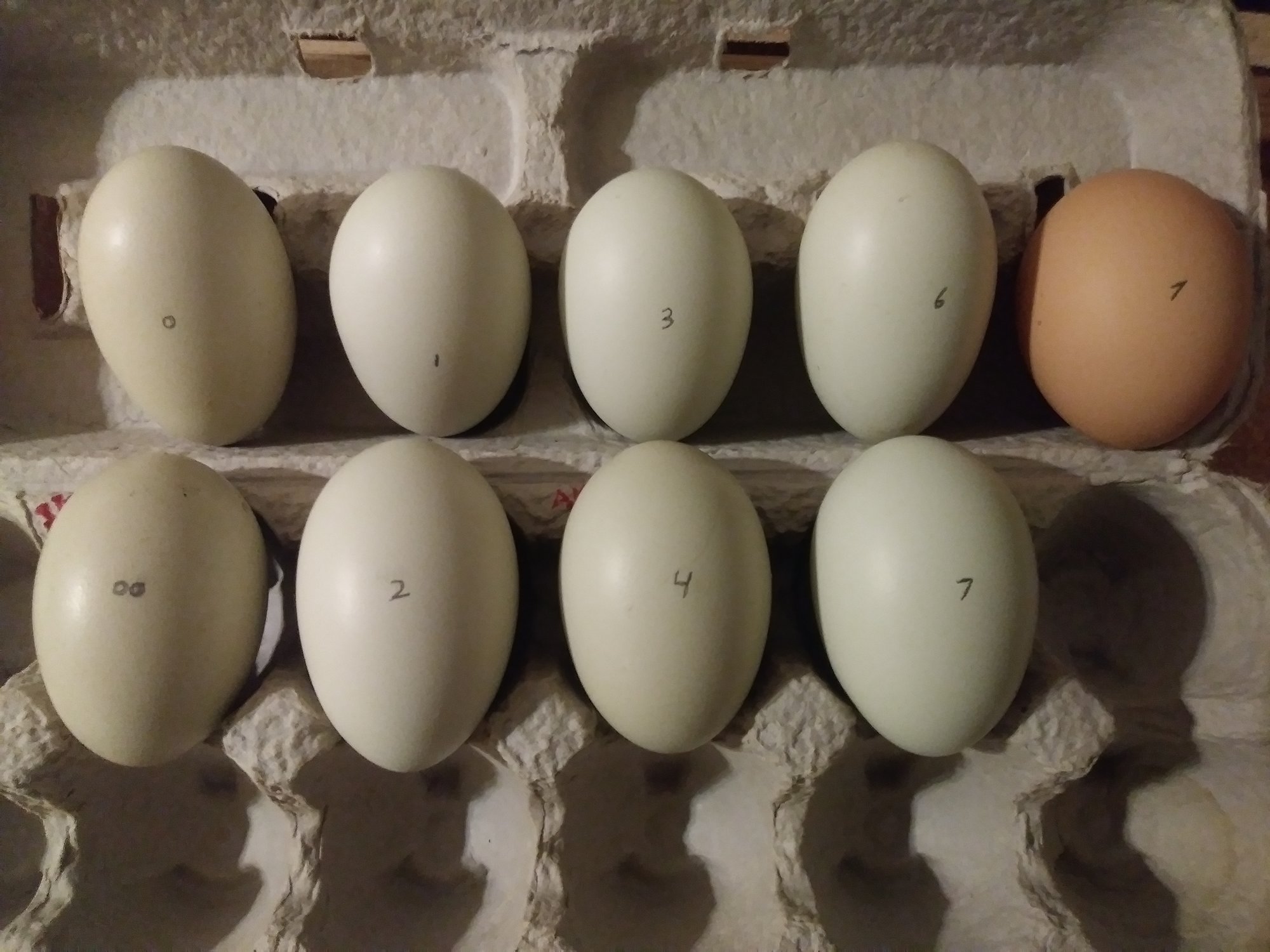 Goodluck with the hatch

Is it possible to have an air sack on the first day? We saw this in ~3 of the 9 we candled, with enlarged embryos in 7. This was the best image I was able to pull but will try to look for more. 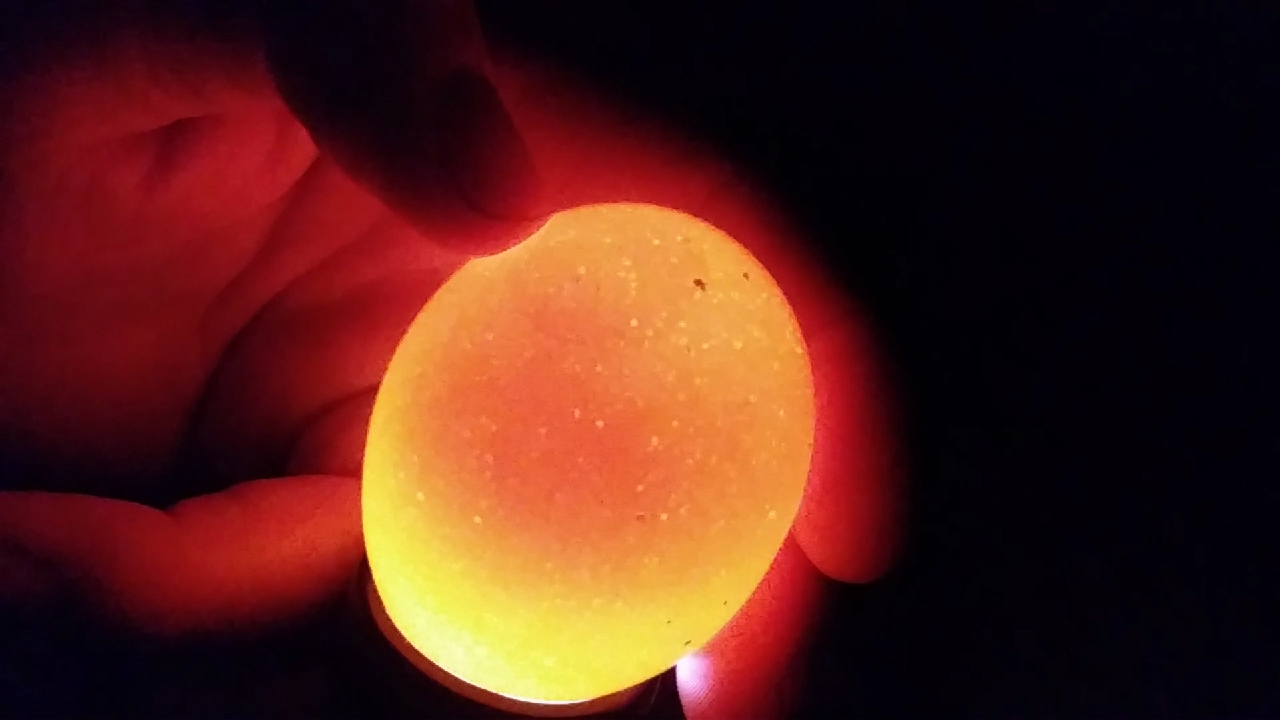 There is a air sack in every egg when it's first laid. It's found at the fat end of the egg. Are you asking if your egg has a air sack?

I had no idea. I thought it developed a few days in. Usually i don't candle until like a week in, but this time i wanted to do a few things different. I wasn't asking about this egg in particular, but just if it was normal/possible so early in the game. The circle that you can barely see in the image is almost as large as a dime in real life, so i was surprised that it could be so large so fast, but if it started at birth then that actually makes a lot of sense. Thanks!

My Muscovy eggs air sacks are around the size of a dime when laid. What are your eggs? Chickens or ducks? If chickens, bantams of standards? I'll look up air cell charts for you. 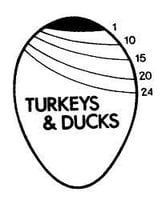 These are standard chickens, though the hen lays a smaller oblong egg than what I'm used to.
Thanks for that chart! I looked up something like "chicken air sack chart" and the ones i saw were all day 4 or day 7...but that one spells it out.