Pharaoh- the original color one would see in the wild, wild-type pattern, dominant 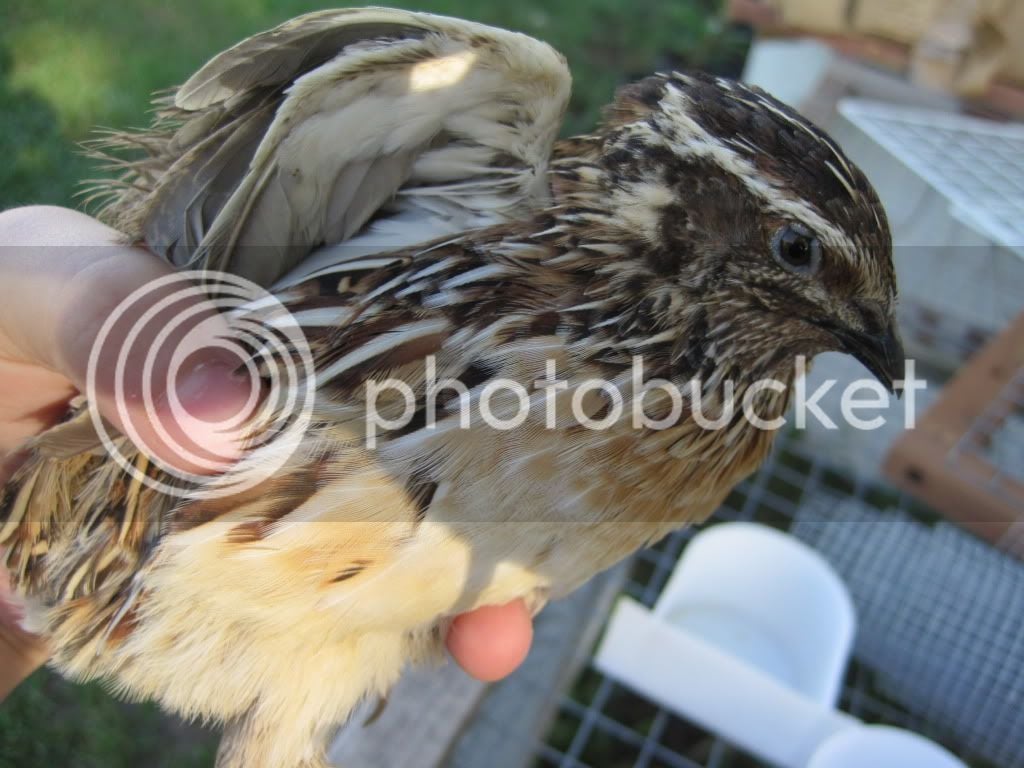 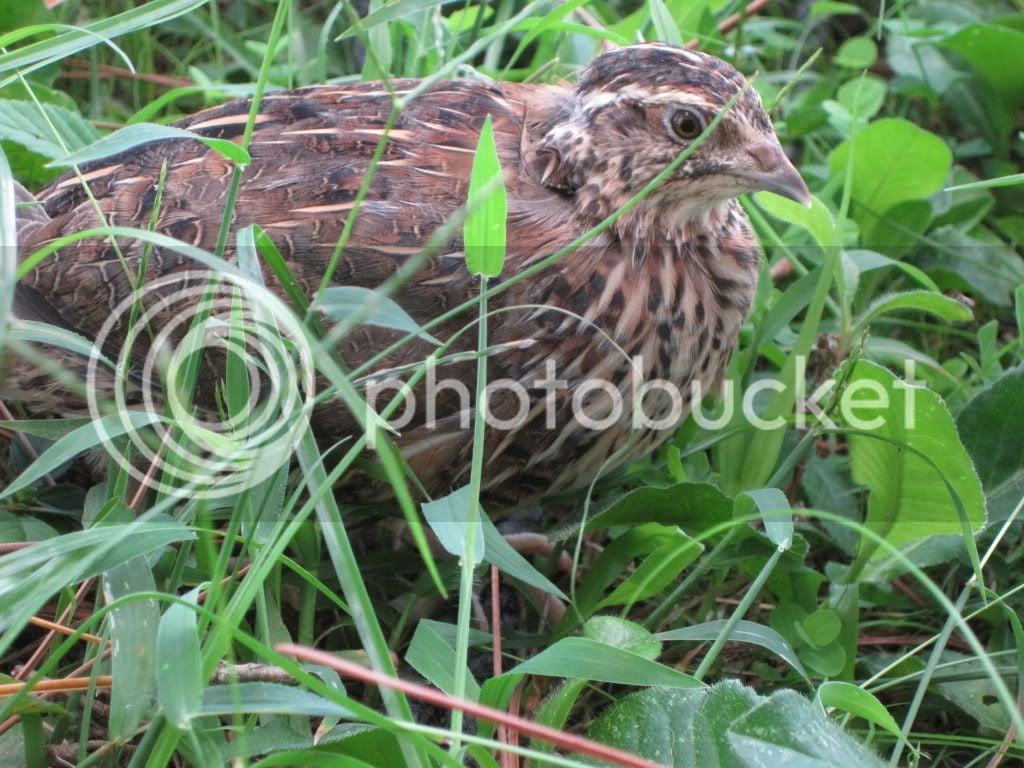 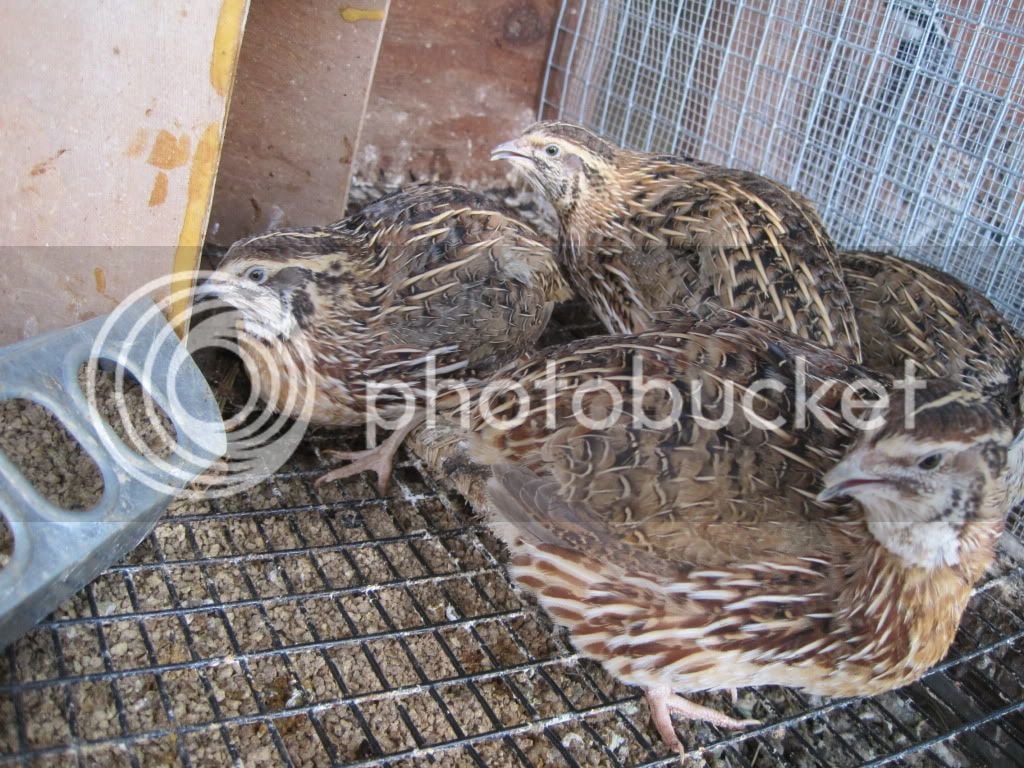 English White- homozygous for recessive white. Most have black or brown spotting (NOTE a gene or dominant white has been reported and that the homozygous birds are of low viability).

In photo on right... 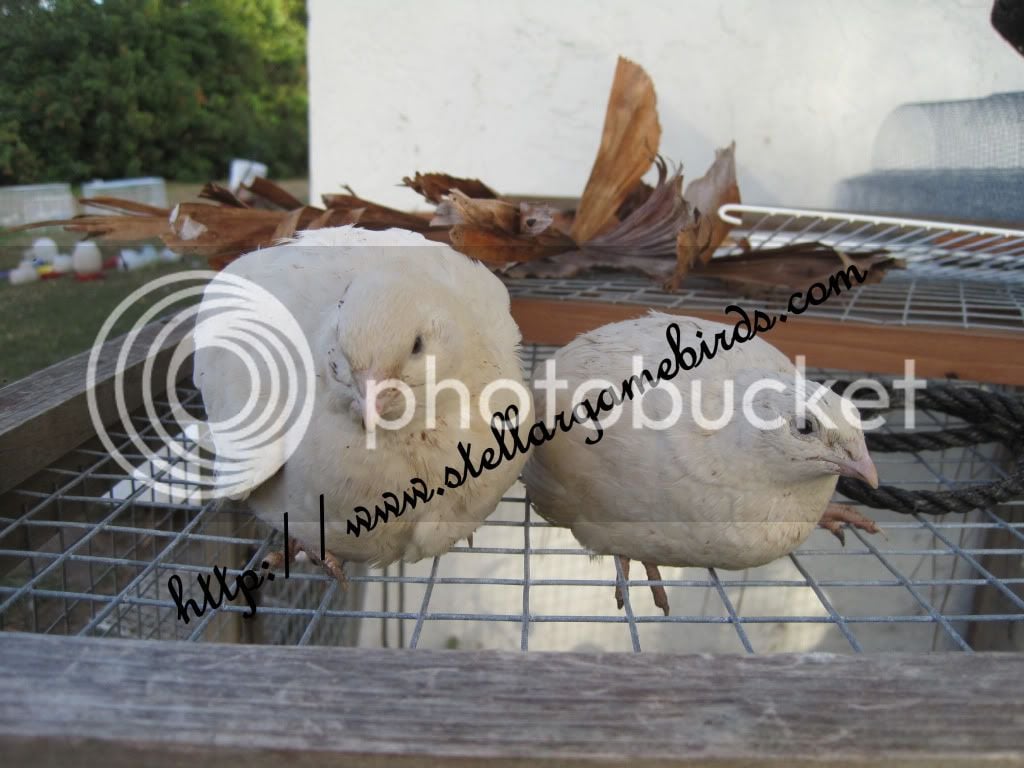 Texas A and M/Jumbo White- selectively bred from English white and Jumbo Pharaohs to produce large birds for the meat industry.

Manchurian Golden- yellow gold with brown stripes. A single dominant gene for yellow changes wild type to Manchurian. The gene is lethal IF homozygous, there are light and dark tints to the Manchurian 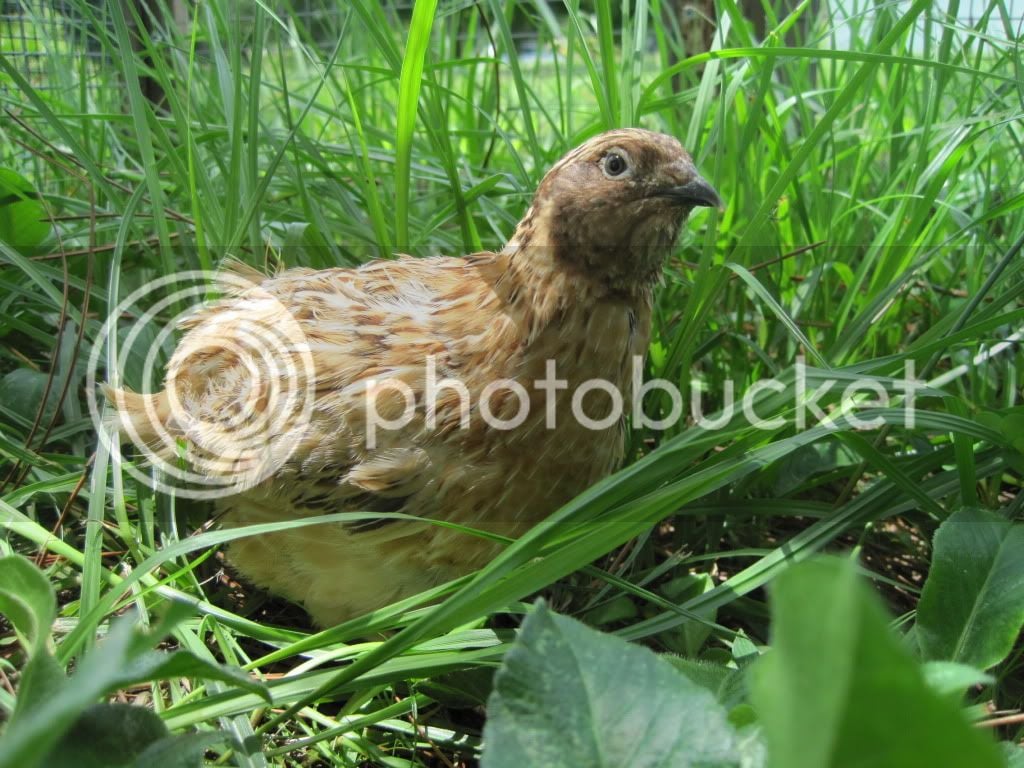 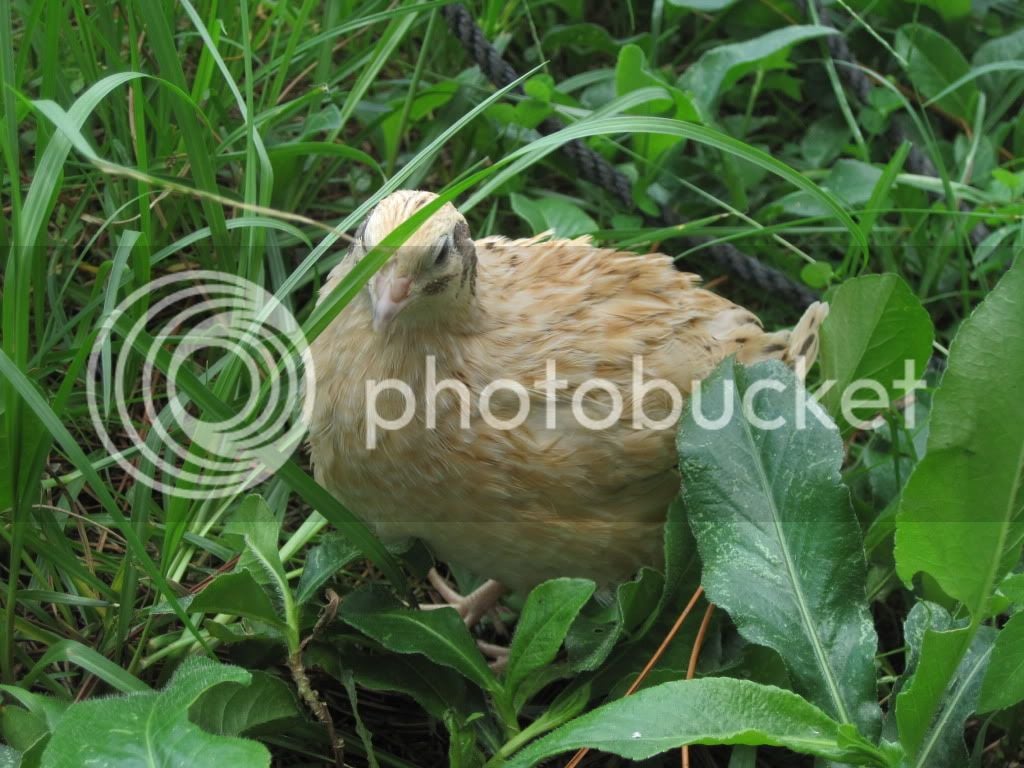 Italian- beige to yellow with striated markings (v-marks in plummage). 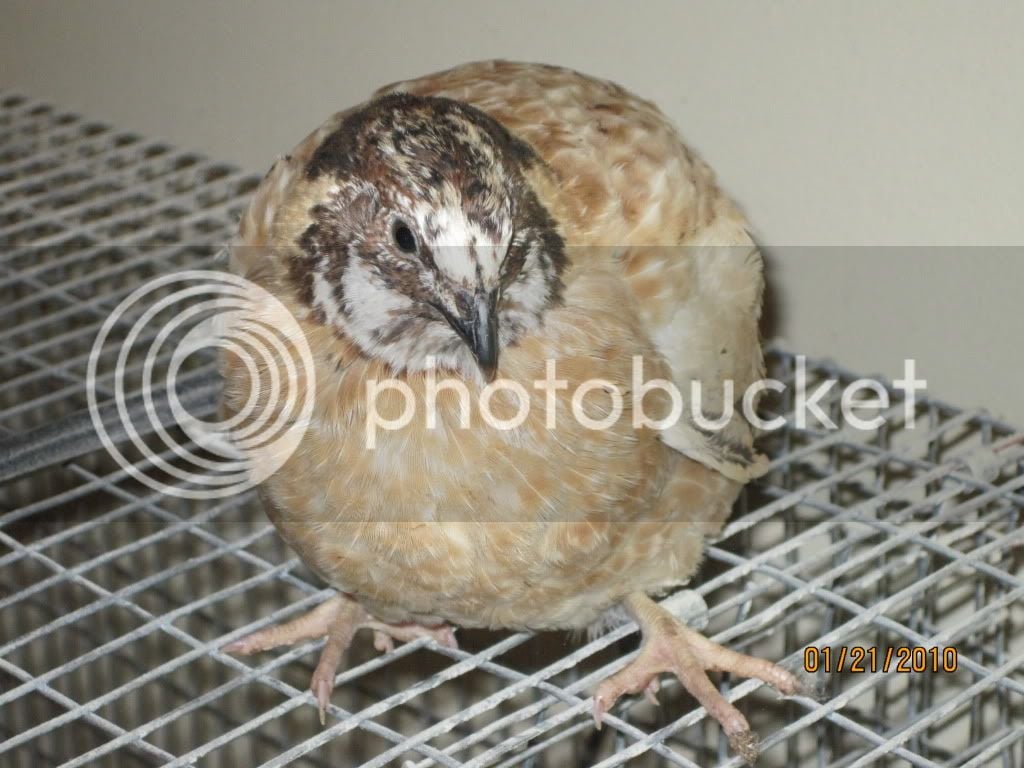 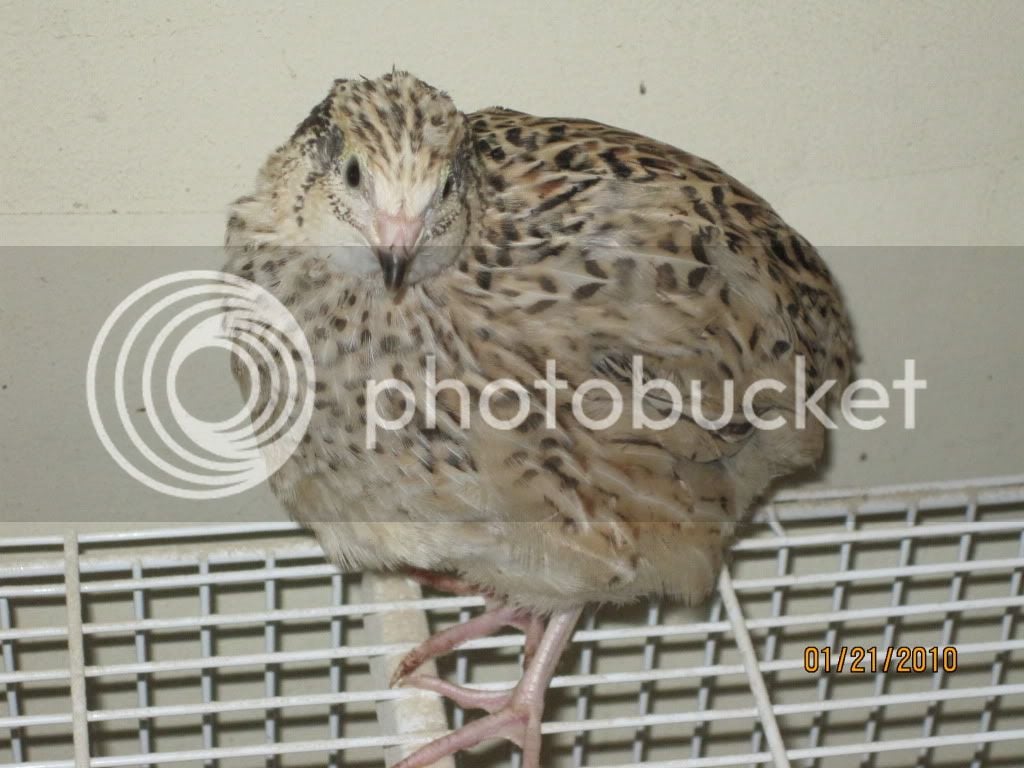 Dark British Range- Also known as Tibetan. It looks like a dark chocolate bird with a white throat. Some have more white on them, some don't have white at all. Incomplete dominant. 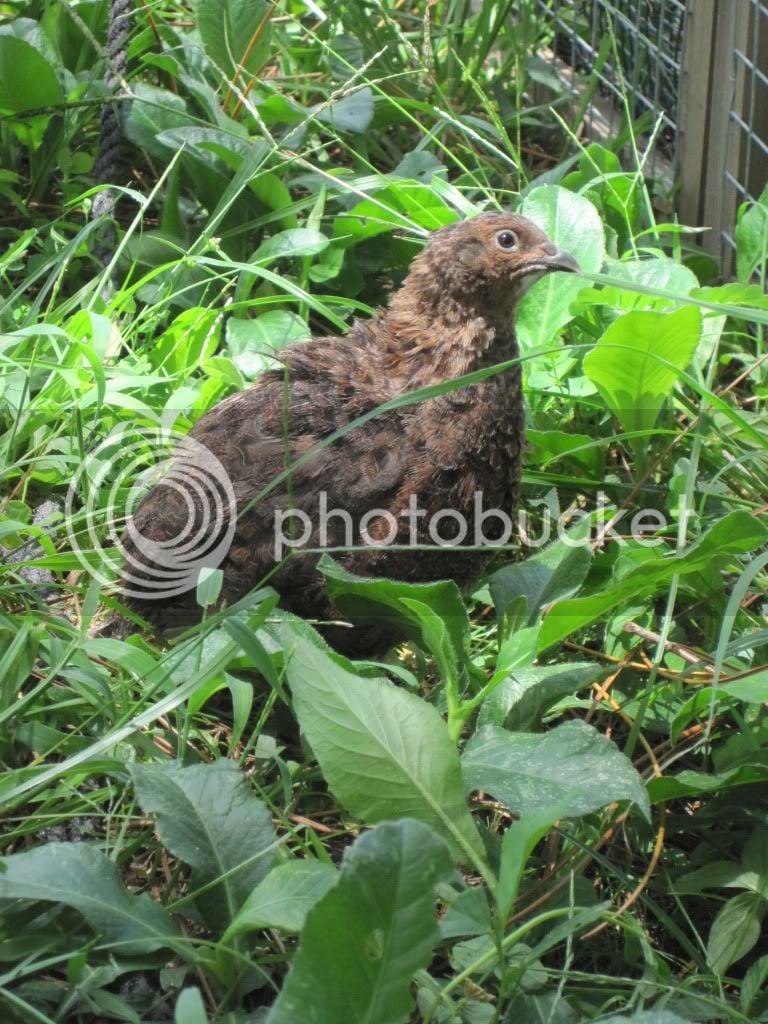 Rosetta- Also known as British Range. A combination of an English white and a Dark British Range. A lighter orange/tan color throughout body. The UK call them American Range. Incomplete dominant 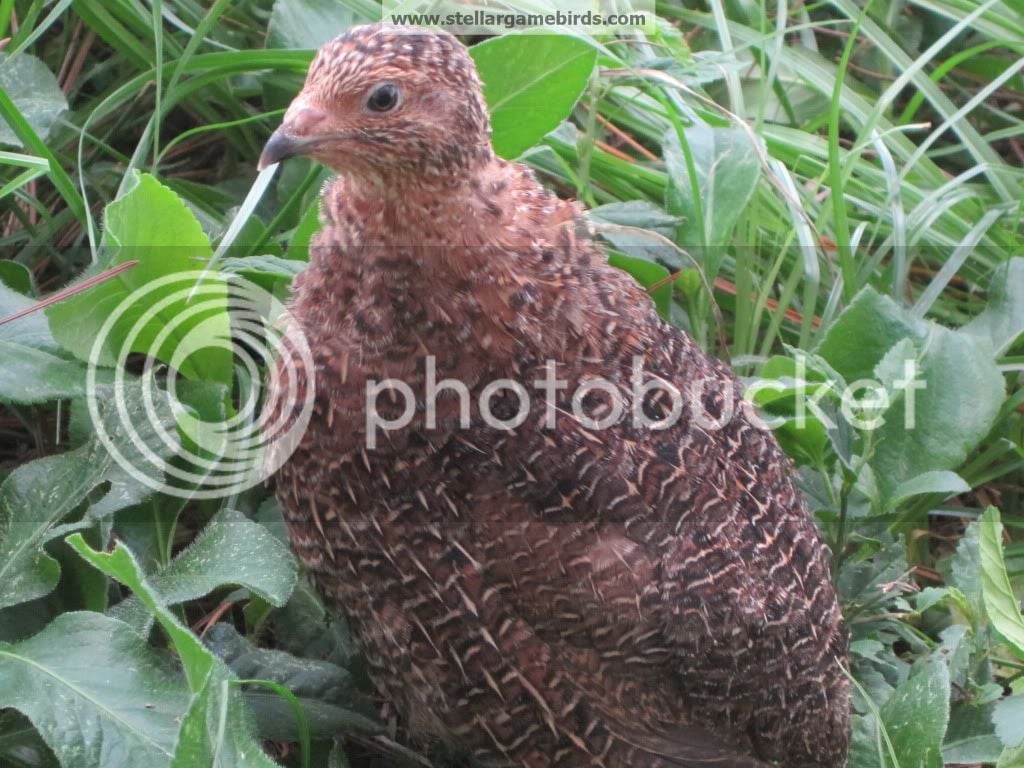 Silver- Not much known yet, incomplete dominant

Tuxedo- two colored pied pattern. This is a result of a combination of the genes for chocolate with genes for recessive white. Recessive 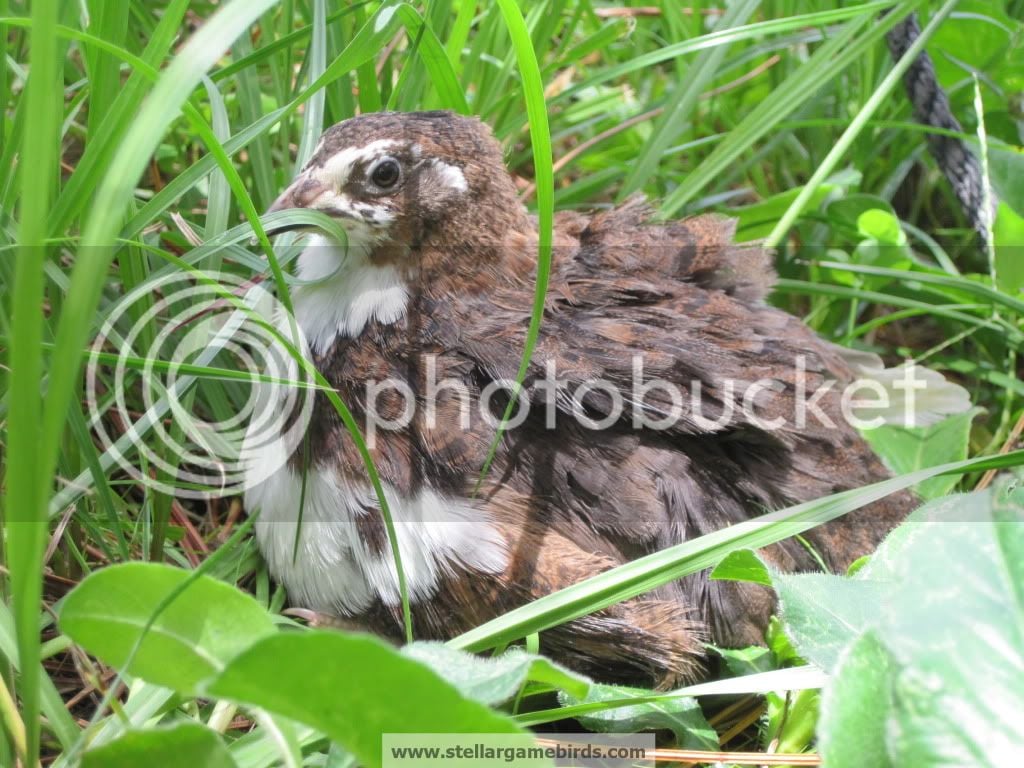 Red Tuxedo- A new two colored pied pattern. Looks like a normal tux but the red replaces the chocolate. A combination of Range and English white. 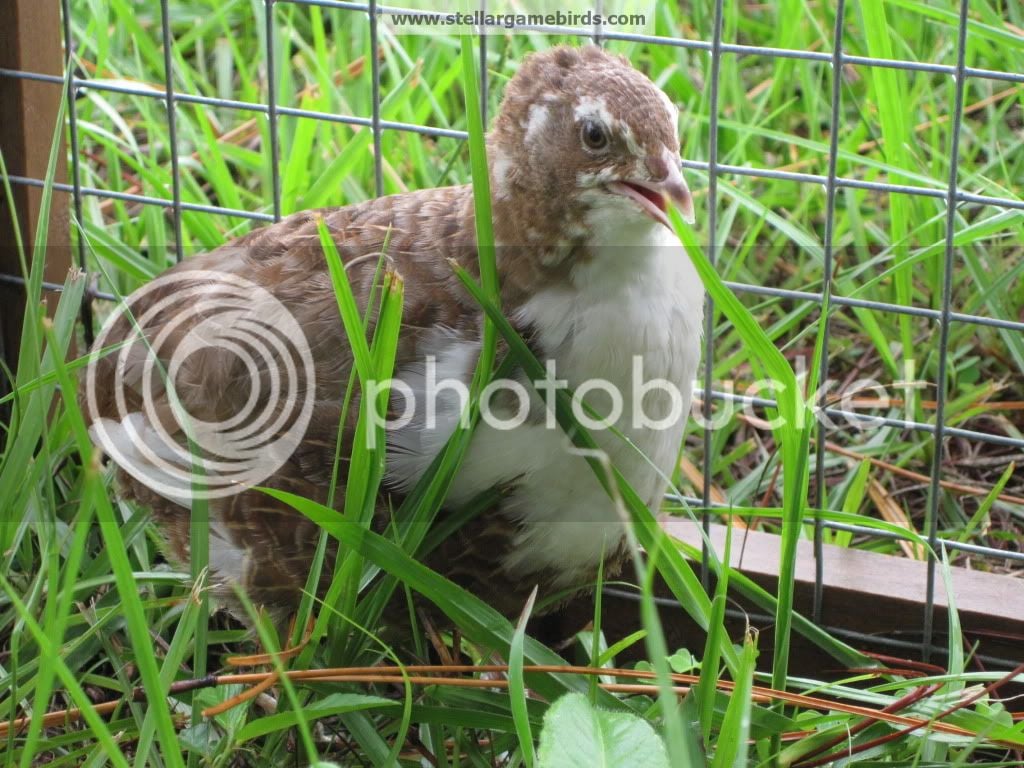 Red Range also known as cinnamon? (The real cinnamon is not here in the US yet, more orangy in color) 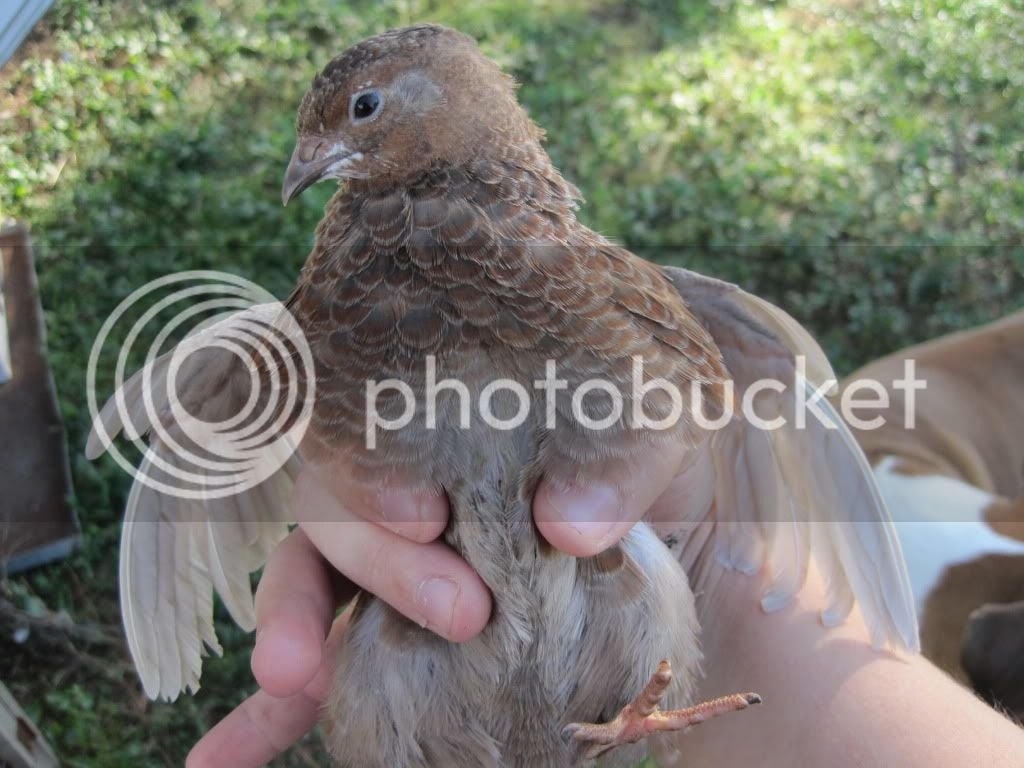 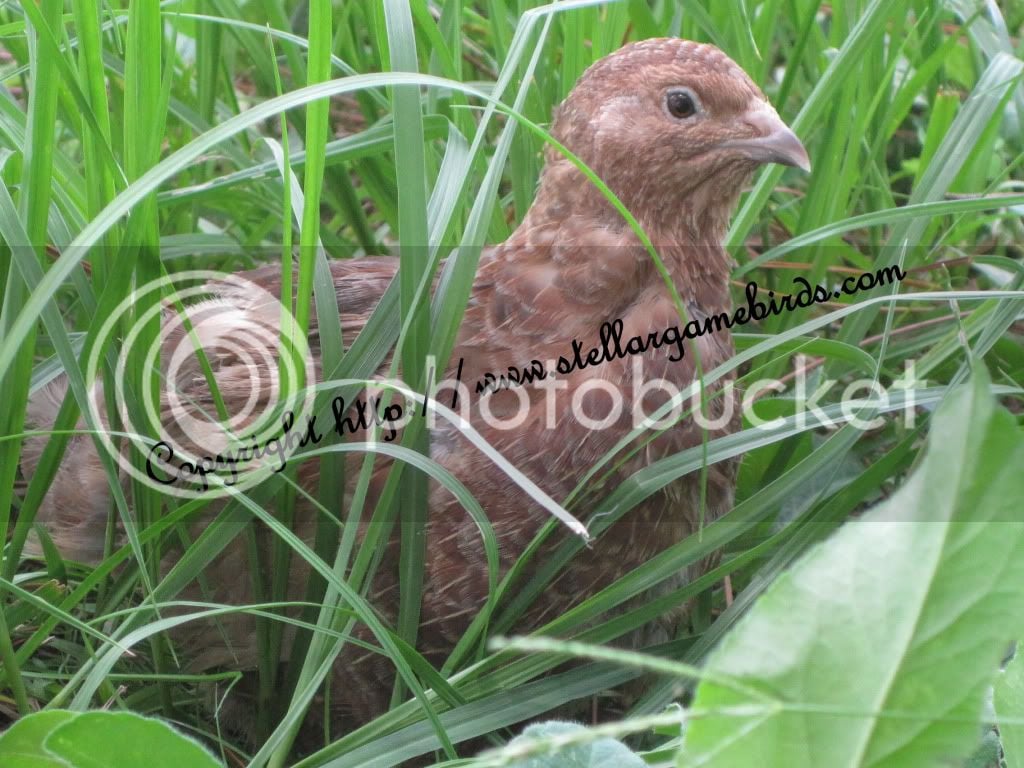 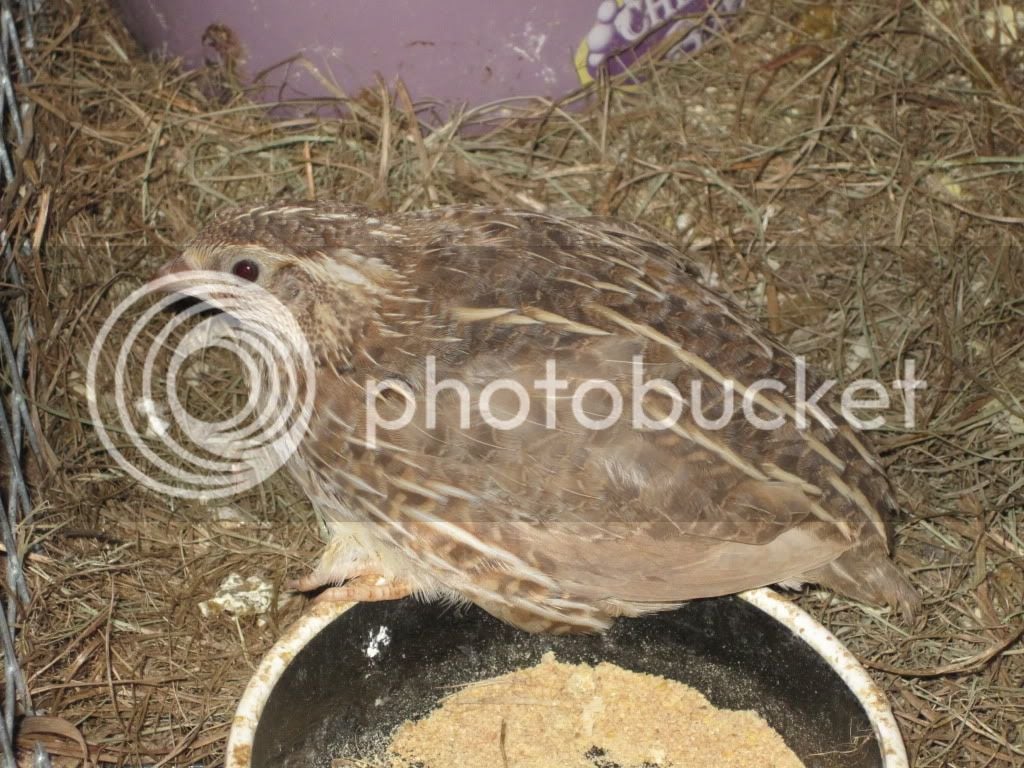 Golden Tuxedo (still in the works) 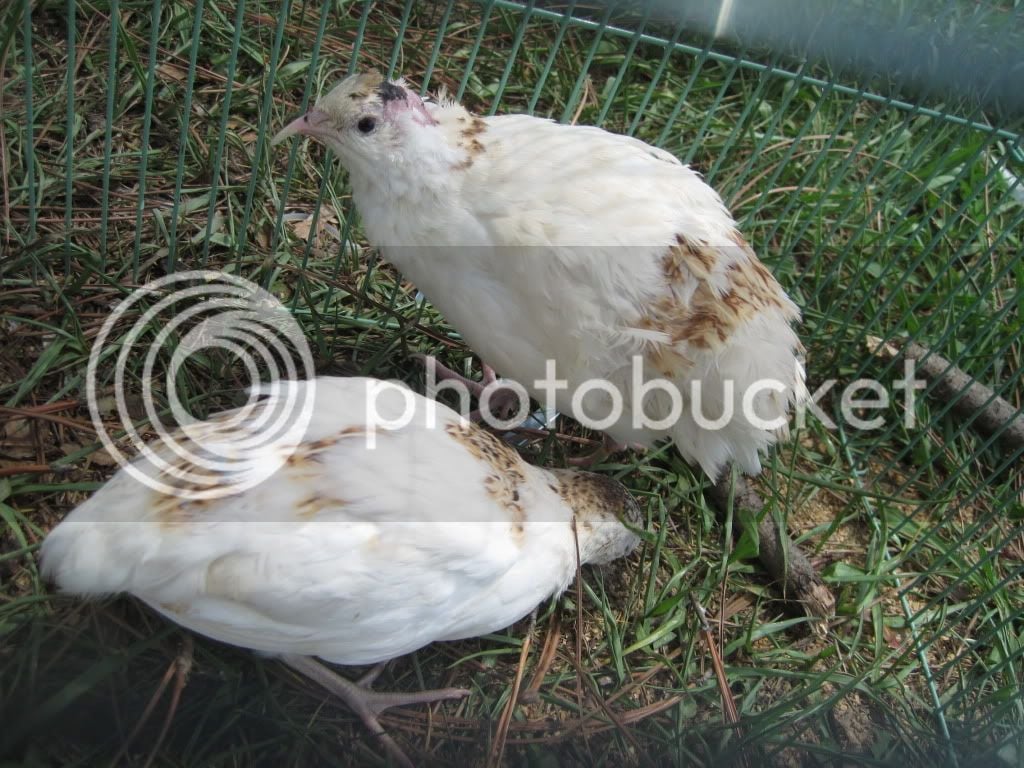 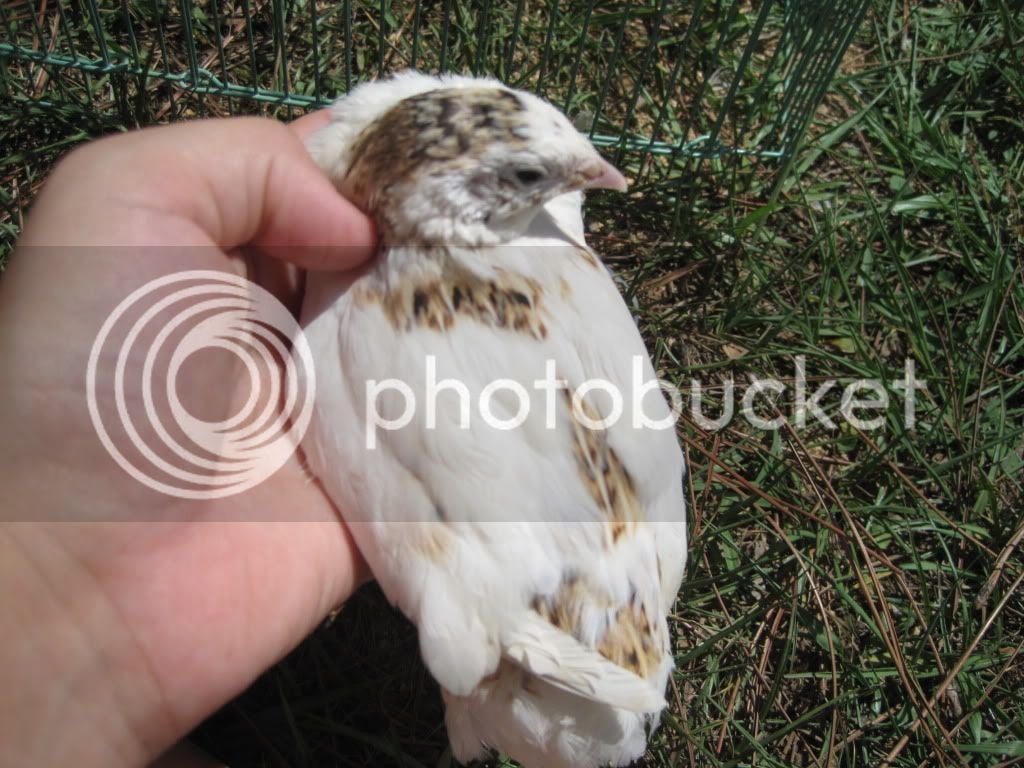 This should be a sticky haha

Thats awesome, but how do you tell the difference between a jumbo brown male or female?

You can tell by the breat coloring, the males breast is orange the females is not orange

Do agree that this should be a sticky

What's the Japanese quail, or is that just another name for the wild/Pharoah type? I was never very sure on that

Thanks for posting this, very helpful indeed

The Coturnix we all know is the Japanese quail, two names that are interchangeable

great stuff! and quoting this from your other sticky to put it all together... https://www.backyardchickens.com/forum/viewtopic.php?id=416724

Thanks TD, That sure helps me!