Okay, long story short. Had 2 babies hatch and the third one seemed stuck. For two days my kids and I would run downstairs every hour to see if he was out. So around the 30th hour after pip I decided to help this little guy out of the shell. I was pulling the membrane off of him where it had stuck to him. He came out of the top but his butt was nested in the shell. I helped him out of that too. Anyway, when he was born there was some tissue still hanging out of his navel. We were very sad and my middle son was crying. I ran up here and read some posts on the topic, I tried to comfort him by telling him the chick could make it, but either way it was a miracle that we had any chicks since this was a homemade incubator. We said a prayer and went back down stairs. Little "Miracle" was up walking around but wobbly. His legs seem weak or something. Anyway, I am happy to announce that he made it through the night is fuzzy and very playful.

He is the one in the corner of the pic. 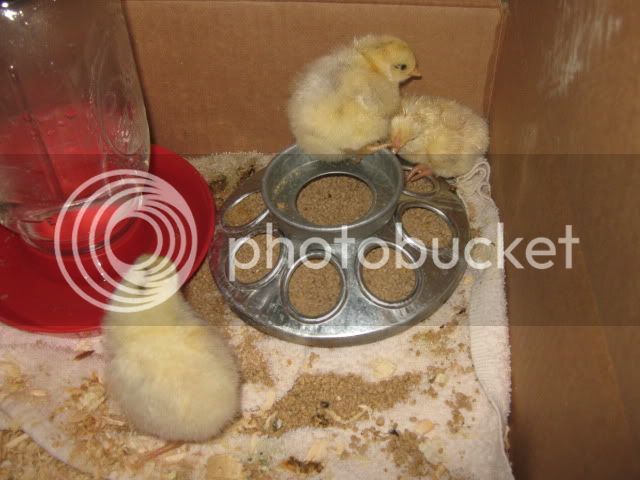 Congrats on your new baby chicks!

Congratulations! Thats happy news! I bet your little boy is just so happy.

R
Can anyone advise asap x
2