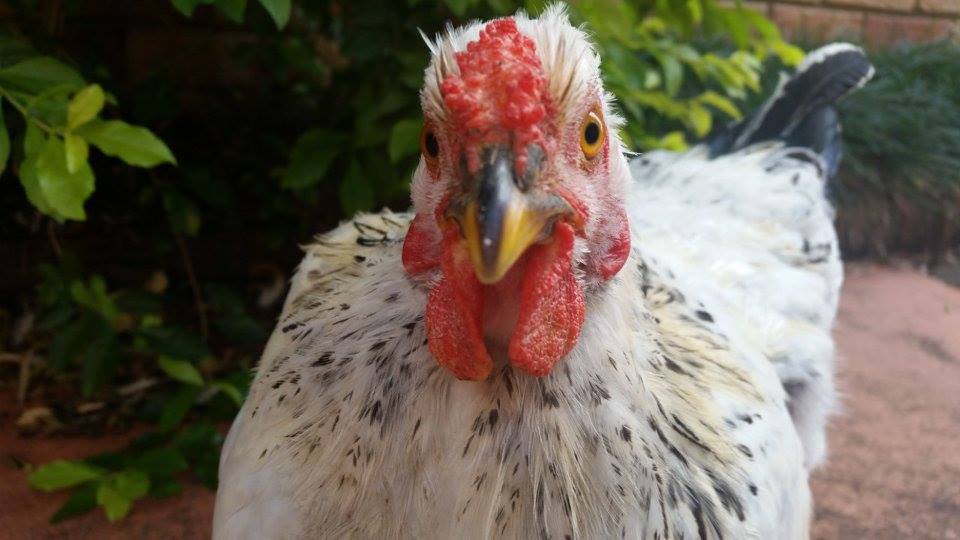 This is my big boy Pepe, my first chicken and I've had him since only a few days old : ) He is still young, he should be around 6 months old now but he's growing big! He's probably the friendliest chicken I have right now, he loves being petted under his wattles and will lay in your arms, and likes to follow you around and see what you're up to. Bonus: Baby picture! 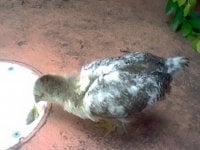 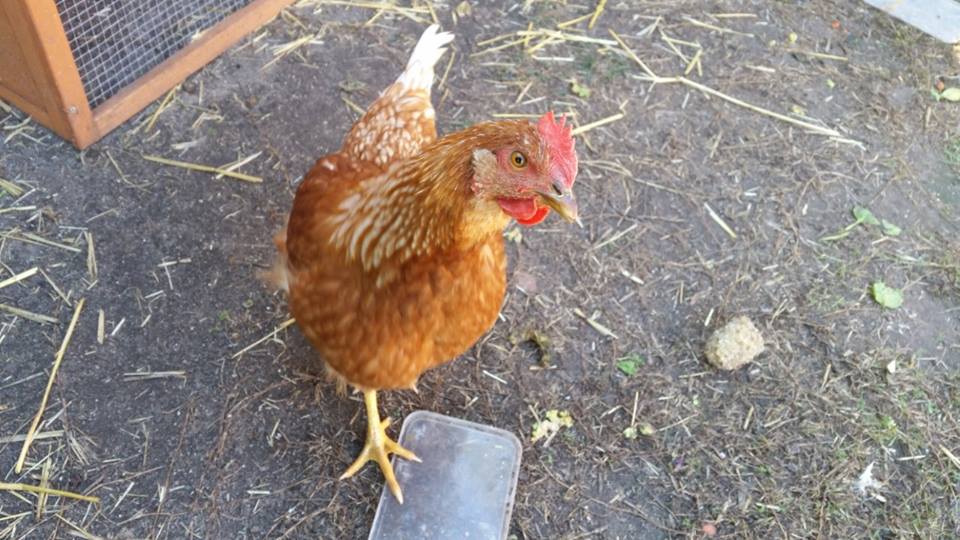 Tilly, my first hen. I got her at 6 months old, I think she's a foghorn leghorn cross red something? When I first got her she was very shy, didn't like being petted or picked up. Over the months she is much more friendly, so friendly that she'll hop up on the outside table and steal my dinner! She has just started laying eggs over a few weeks ago, and I am looking forward to when she'll start hatching them : )

I've also recently picked up three new hens, unfortunately I don't have any pictures of them at the moment but I'll try to get some! I've only had them for a few days so I haven't come up with any good names yet, so if you have any suggestions feel free to comment some below!

The first hen is a bantam, the noisiest and most troublesome out of the three haha. She's white with faint black speckles, she looks similar to Pepe but also has really light brown/cream speckles. Since all three of the hens are much less use to human contact they do not like being picked up or touched, but the bantam is the worst for this, I had to chase her around for like 20 minutes today just to catch the pesky hen ;p

The second is a silkie hen and the smallest (and with the cutest cluck I've ever heard!), and very funny looking! She is black with sort of golden/brown speckles and spots, she looks just like a pinecone lol. I'd say she would be the friendliest out of the new three hens, I love to cuddle her so much because her feathers are so soft.

The last is a white hen with a lot of black speckles/spots, like a wyandotte chicken. I don't know too much about her because she is the shyest of the three, she keeps to herself more so I haven't been able to interact with her much. She is very pretty looking however, and I hope she hatches pretty babies!

Well that's it, I'm trying really hard to tame my new hens, been holding them and talking to them a lot over the days and I think their beginning to settle in. I have a big backyard and the three hens prefer to stay at the back, while Pepe and Tilly like to hang out at the front with me and my mum

Hopefully they will get confident enough to come around to. I don't really have anything else to say, so have some funny pictures! 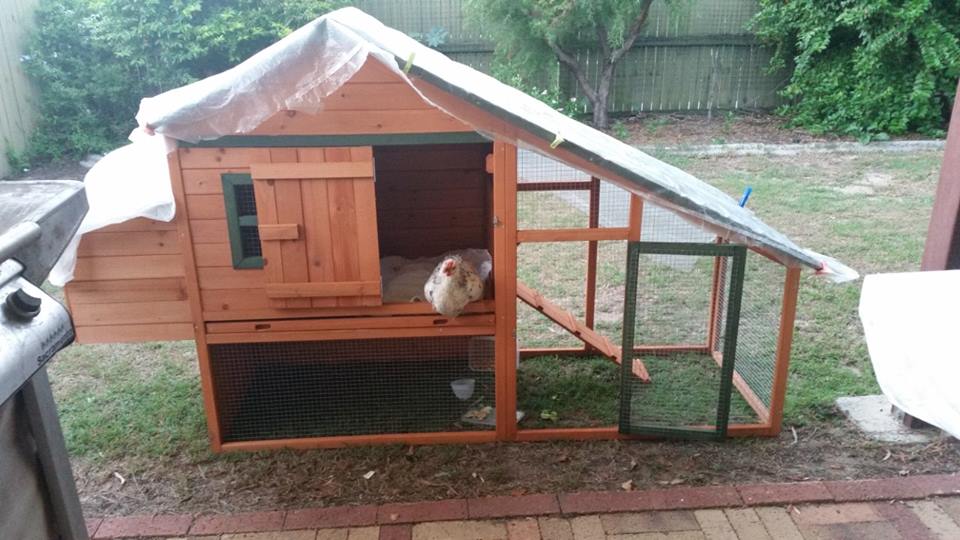 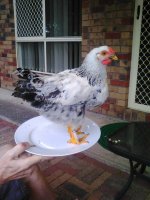 Beautiful! I love them!

Great pics! Love the description too. Thank you for sharing.

Very sweet. Love the photo of your hen on a plate. tee hee....

thewatsonfarm said:
Very sweet. Love the photo of your hen on a plate. tee hee....

that's actually Pepe as a young chicken : o he looks like a hen in that picture cause his wattles hadn't grown out yet haha

Me and my best chicken buddy.