Hi, I have 3 adult hens and 3 young hens not laying yet. The young ones are about 22 weeks give or take a week or two. I've had them 12 weeks. I was away for a week and when I returned one of the young ones was coughing, sounds almost like a small dog barking. Tonight when I was putting them to bed I noticed tgat her comb is gone.
Any ideas what could be going on?
Thanks

Is where here comb was bloody or anything, do you know if she gets stuck in wire or fence or something like that, maybe try posting pictures of the comb. If her comb is bloody/an open wound spray veteracyn or saline on it and separate her from the flock, so they don’t try to peck at it.

Are there any obvious wounds? Is the area sacbbed or bloody?

I would make sure you don't have rats chewing on your girls while they sleep.

What about a cockeral or rooster? Was the comb possibly just torn off?

How long have the pullets and hens been together?

The cough certainly indicates the possibility of a respiratory disease. It probably needs to be treated with Tylan. I'd isolate that hen during treatment.

You neglect to mention any bloody wounds on the head where the comb is missing, or perhaps you have a comb-less breed and never noticed the naked head until now. Some EEs have pea combs so small, they are barely noticeable.

I had a Wyandotte hen several years ago that had a very prominent comb and the others were ripping it off her head. One of the times, it was barely attached when I found her. Her head was covered in blood. I would put it back each time, and it would quickly reattach. But I eventually did a partial dubbing so the comb wasn't nearly so large and it made it more difficult for the others to grab it and yank it off.
L

Thanks for the responses. I didn't notice any blood or scabbing. She walks with her shoulders hunched. She did have a small single comb that was light pink, now nothing. The small feathers around the comb are standing up straight. I will try to post a picture tomorrow.
L

Ok upon closer look in the daylight her comb is not missing. Its just hard to see in the upright feathers 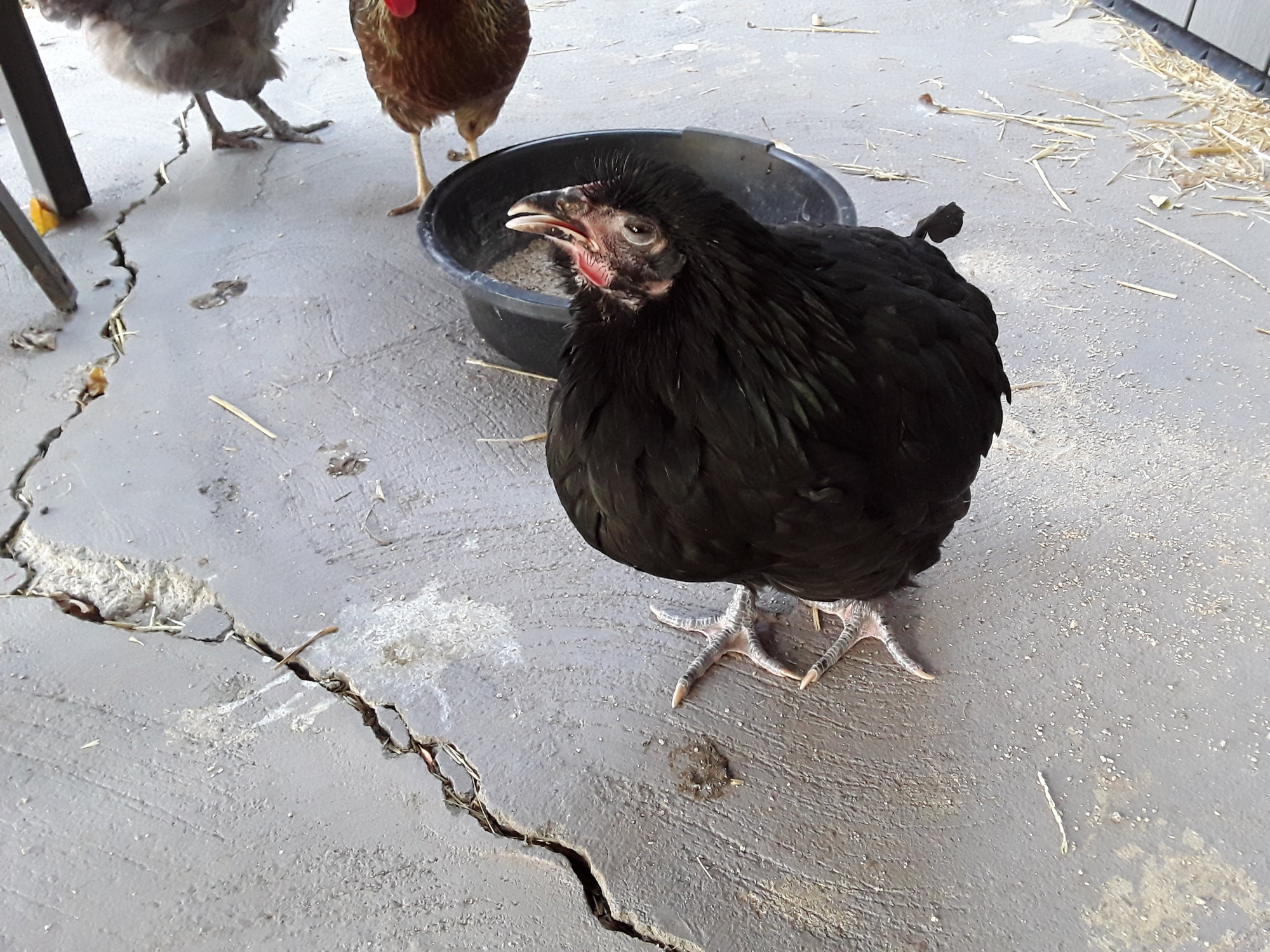 Glad her comb is there, she definitely looks sick though.

I can't diagnose that, but definitely some sort of respiratory disease- she is having trouble breathing. Please isolate her as soon as possible and keep an eye on her for now.

lindar3 said:
Ok upon closer look in the daylight her comb is not missing. Its just hard to see in the upright feathers View attachment 1571957

She is definitely not feeling well. She probably has a respiratory disease. Mycoplasma, Infectious Bronchitis, ILT and Infectious Coryza are all common diseases that chickens can have.
Since she has been with the other birds, they are already exposed to what she has and they are all carriers regardless if they ever act sick or not. http://edis.ifas.ufl.edu/ps044
Keeping a closed flock is a good idea since you have an illness. To find out exactly what she has, you can ask your vet or state lab to perform some testing.

Depending on what she has, an antibiotic like injectable Tylan50 may help with secondary infection. You can find this at tractor supply. Dosage is .30ml per pound of weight given orally 2 times a day for 5 days.
M

POoP PiCtuRes! We need the poop pictures please. Pleassseeeeeeeee. If it has some worms or at least blood, diarrhea, etc. things, welp, you got a sick chicken!