My first attempted at a tractor/run

Hello! I joined BYC almost a month ago, but haven't posted much since my intro thread. Monday, I procured some lovely ladies from lilchick and now I am a chicken mom for real!

I wanted to get some feedback on my run/tractor because I'm beginning to mentally modify my original plan, as often happens when theory meets reality!

First off, I've got three regular-sized hens of laying varieties. My run is 8' x 4' x 2' and I'm temporarily using a small recycled rabbit hutch for a nesting area. The permanent coop is still under construction. I live on two city lots in the city limits. Chickens are legal in town, but I don't know of anyone else that keeps them, so I'm trying to make sure I do things in such a way that does not disturb my neighbors. Unfortunately, my house is built on the far back of the lots, so all of my yard is front yard, where God and everybody can see everything I've got going on. 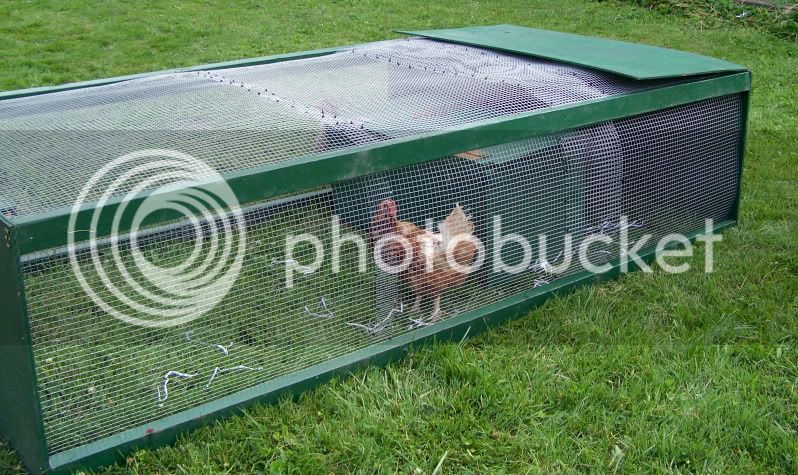 I have the 2' x 4' board for shade. It is now attached with brackets so it is secure, but removable. 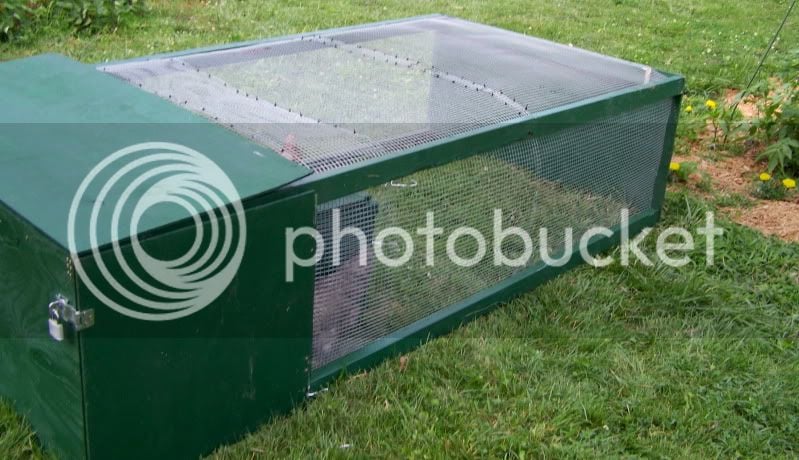 I had to trim about an inch or so off the bottom of the door because it was catching on the ground. I also finished securing the hardware cloth with wire ties after this pic. Had to make a late night run to Walmart. 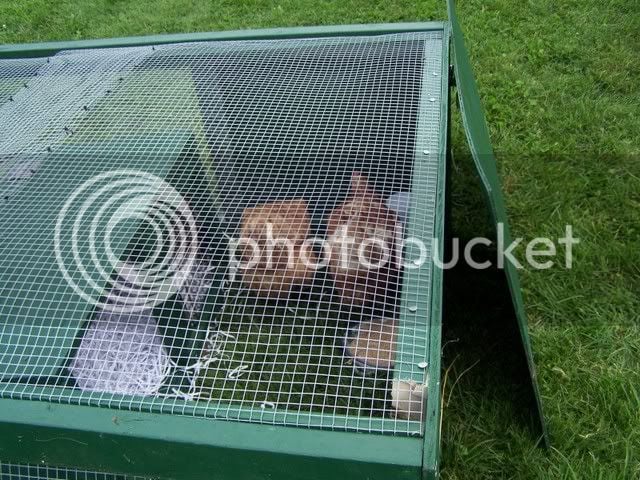 I have attached a feeder to the inside wall by the door. 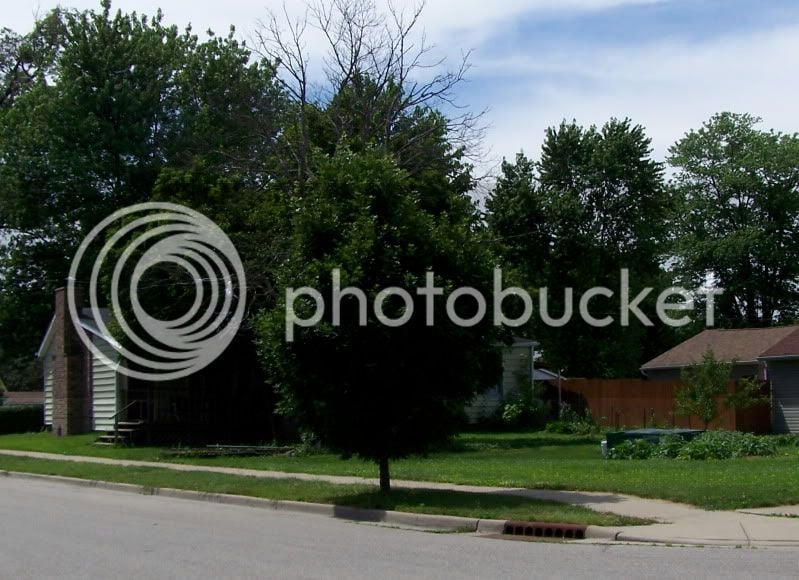 This is how it looks from the corner. Trying to keep it low-profile.

The next thing I'm adding is more boards for shade and a super large dog dish full of sand for a dust bath. Those will go in either this weekend or next week.

Originally, I'd been planning on attaching the run to the coop. Now that I see how much poop is involved in this operation

I've decided I like the idea of having something I can move around the yard. Right now, I'm thinking of attaching a couple of those plastic boxes cat litter comes in to the sides for nesting boxes and installing some kind of attached waterer. I am also going to add at least one access door on the top. And some kind of handle to pull it around with.

I think it will work to let them out to free range a bit in the evening (under my watchful eye), then shut them in the coop for the night.
Last edited: Jun 9, 2010

For privacy I would plant bushes and flowers around the sidewalk. Low stuff right next to the sidewalk, then medium flowers then blueberry bushes (which would be about 5' from the sidewalk). Lots of edible stuff you could plant for the chickens and yourself!

I like your tractor, looks great!! Nice job!! I would suggest putting the wire mesh under the cage too as the lock is fairly pointless if all someone has to do is tip the tractor over to get your chickens.
Last edited: Jun 9, 2010

If I put wire on the bottom will they still be able to forage the ground beneath? It's fairly heavy -- I used 1 x 2s for the frame, but a large, determined dog might be able to tip it, or at least shimmy under it. I've been double checking to make sure there aren't any low spots under the frame for something to nose under.

You said their coop is under construction, so I'm assuming there will be additional covered area for them. Looks good from what I can see and I would second the suggestion for wire on the bottom. You could use 2x4 welded wire.

Ah! I like the 2x4 welded wire idea. Sounds perfect.

The coop is a 2.3' x 5.75' dog house that needs moved to that part of the yard. I need to add a door, finish painting it, install roosting bars, and nesting boxes and it ought to be ready to go. I was thinking of keeping it separate from the run because it's not portable -- very heavy and sturdy, so they would only be in there at night. How much coverage should I make for the top of the run? half of it or more?

The run is a little over 10 sq ft/chicken, but it looks smallish to me.