My first hatch....so much different than chickens. 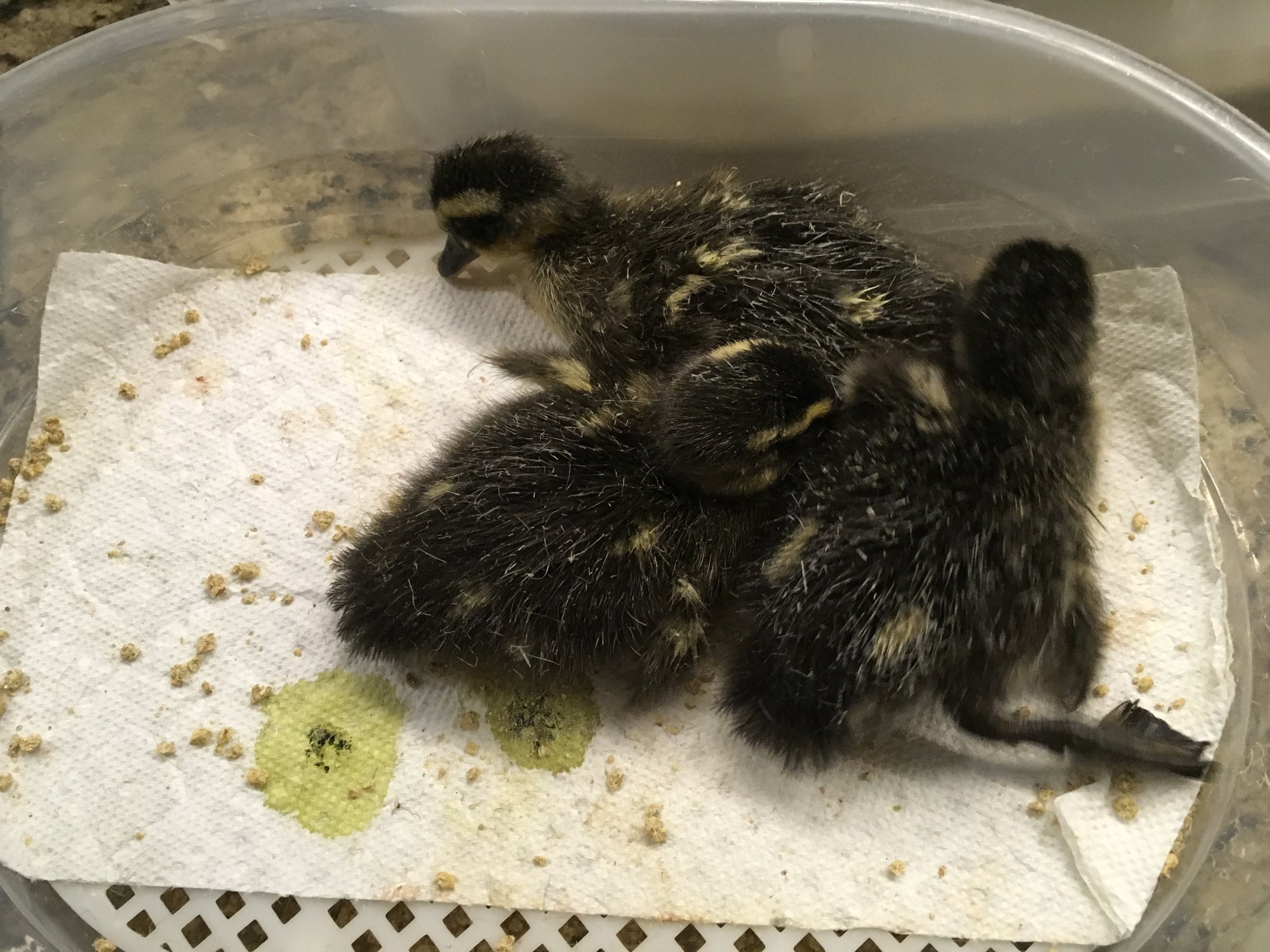 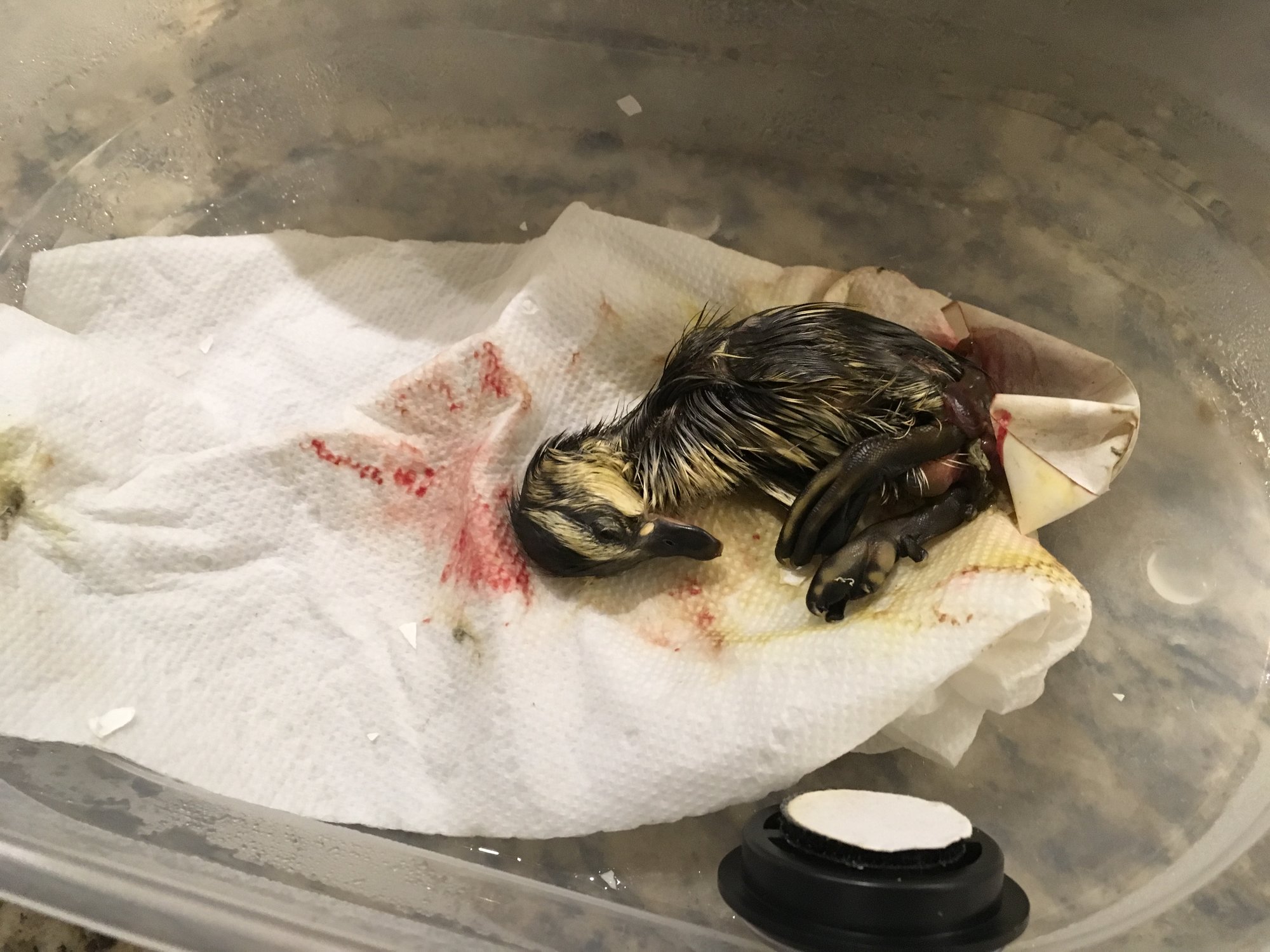 I put six eggs in to hatch a while back. I wasn’t planning on hatching out duck eggs, but when I had that odd looking egg...not duck not chicken, I put five eggs in with it. Can’t have it hatch alone, it needs a buddy! It was unfertilized...lol

Anyway. The eggs were past due to hatch. No pipping nothin. I was sad, I though they had all died in their eggs.

On day 29 I started hatching them. The first was actually dead in the egg. But to my shock and disbelief, the other five were alive. The second I hatched nearly completely. The membrane was like rubber. I have no idea how in the world it would have made it out. He still had a lot of yoke attached, so I left half the shell on, covered it with a warm damp paper towel, put it back In the incubator. Though he couldn’t hold his head up initially, and did a lot of flopping, a day later is doing well.

The next day two had pipped. I checked my calendar, and it was correct, these guys were just late hatching. That was yesterday.

Today they hadn’t got any further, so I hatched one (I had opened the top, and gently held it but the egg and it slowly slid out) and the other almost completely hatched itself, after I had unzipped it. Those three are all doing well.

The very last one pipped on a blood vessel. The egg was very dark in spots, I was worried it was bleeding to death. Weak, it would never hatch. So I unhatched half, and it seems to be doing ok. It’s still curled up, and half the egg is still on it. He now has a warm damp paper towel on him in the incubator.

Cute! What breed or do you not know?

Are they wild Mallards? very cute but don't put wet paper towels over them it can actually cause them to chill even in the bator. I have read this from seasoned hatchers.

Congrats on the hatch hope they all make it.
T

They are Rouens. I have the Mama and Daddy as well.

The last one is out, but still twitching. Does this only happen when they are Helped?

Also, they all had this fine almost powdery looking fiber substance on them. Is it waste?

So everyone’s moving around normal now

I was really worried about the last twitchy one, but I noticed all the ones I hatched took a little while to become more normal. They are all now eating, drinking and walking normally.

They sure are precious

Is that egg incubator their heat source? Looks like your dog is awfully interested sure hope he/she can't actually get to those little ones.

Cute ducks! So happy they are eating and drinking! Good luck with them!

PS. I deleted my post form above stating you need to give them sugar water...I forgot to add that it is never really needed unless suggested by a hatchery, and only one time. So sorry for the confusion. I would go with electrolyte instead...that gives them other things as well...better then sugar! Thanks @Miss Lydia for pointing this out to me!
T

I gave them sugar water as they were hatching.

Although Bonnie loves loves her babies, I still don’t let her have unsupervised time with them. The trough is covered in screen.

And yes, the incubator is their source. I have a heat lamp, but thought I’d try this. I’m always afraid of the heat lamp falling in and killing everyone while starting a fire.

They don’t spend all their time under it, so I guess it’s working ok.

B
Yellow sticky substance oozing out of pipped egg
2