My flock and other animals!

So I haven’t really introduced my very small flock and other pets so here goes! Also this is in memory of my beloved cat, Mbappe. RIP Mbappe!

This is my RIR, Penny. 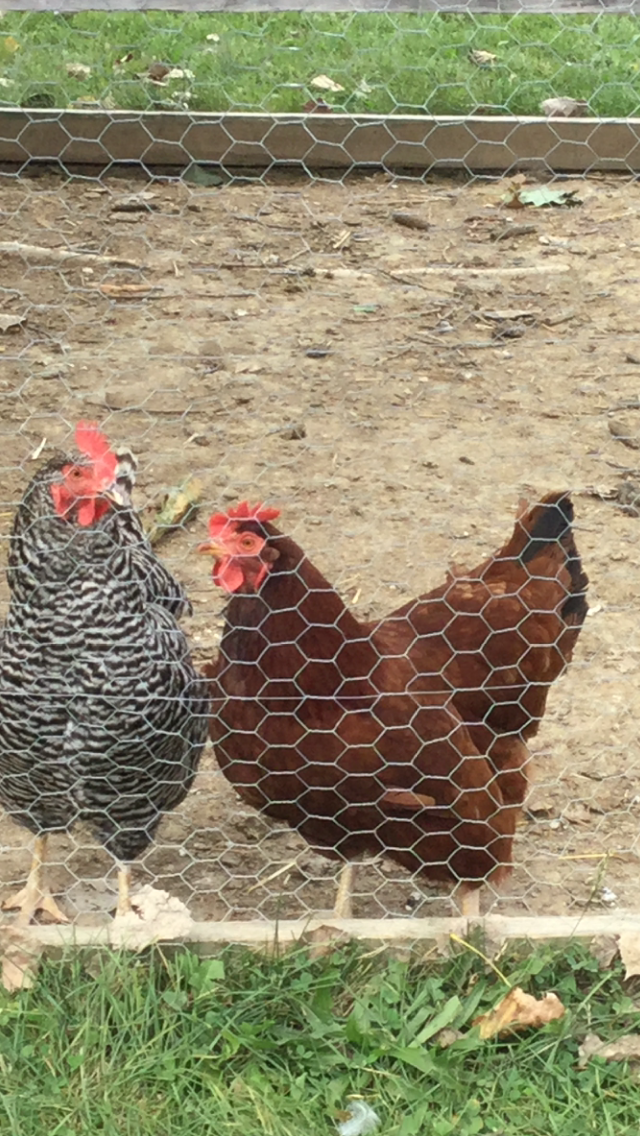 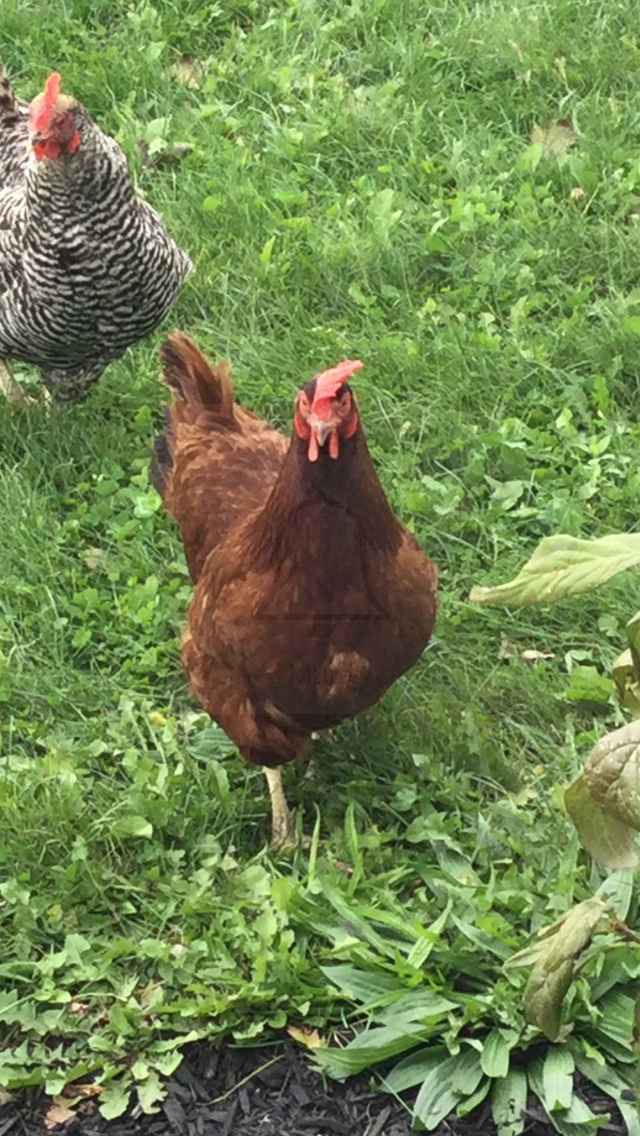 One word sums her up, Devil. She’s a little jerk!!! We handled her like you are supposed to and she’s still very mean. She is the reason we only have 2 chickens. I can’t pick her up that often anymore. Sometimes she’ll let me but most of the time she goes and attacks you! Maybe she’s a cranky old lady since she’s 4 1/2 years old. She still lays and she is nice to our other hen but not even around the ducks she tries to like murder someone!

This is our Plymouth barred rock hen, Sherman. 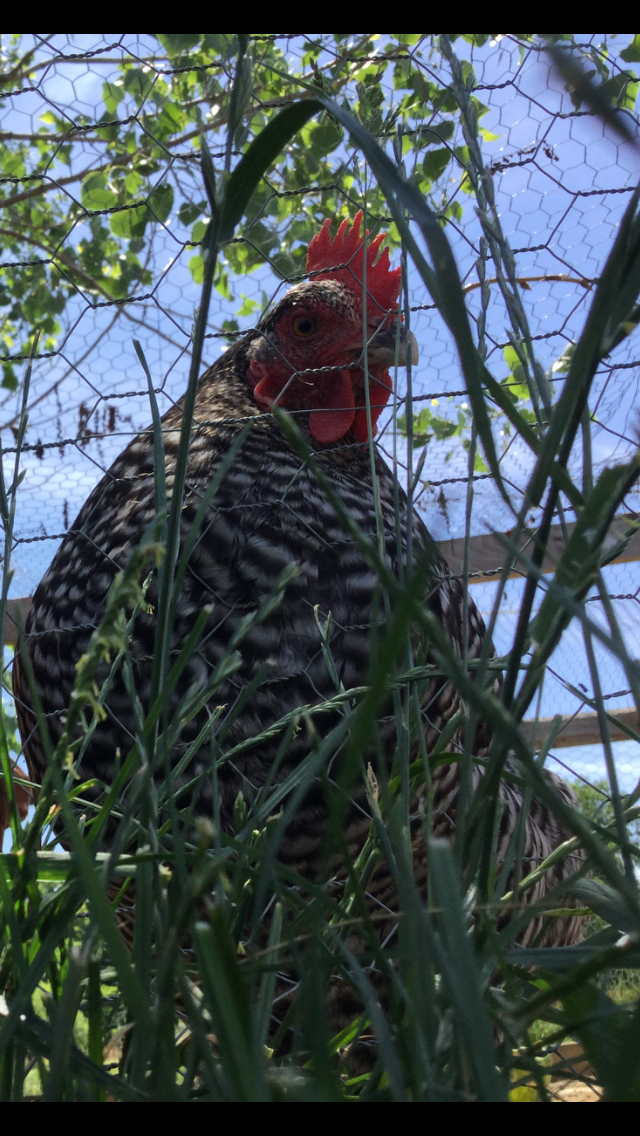 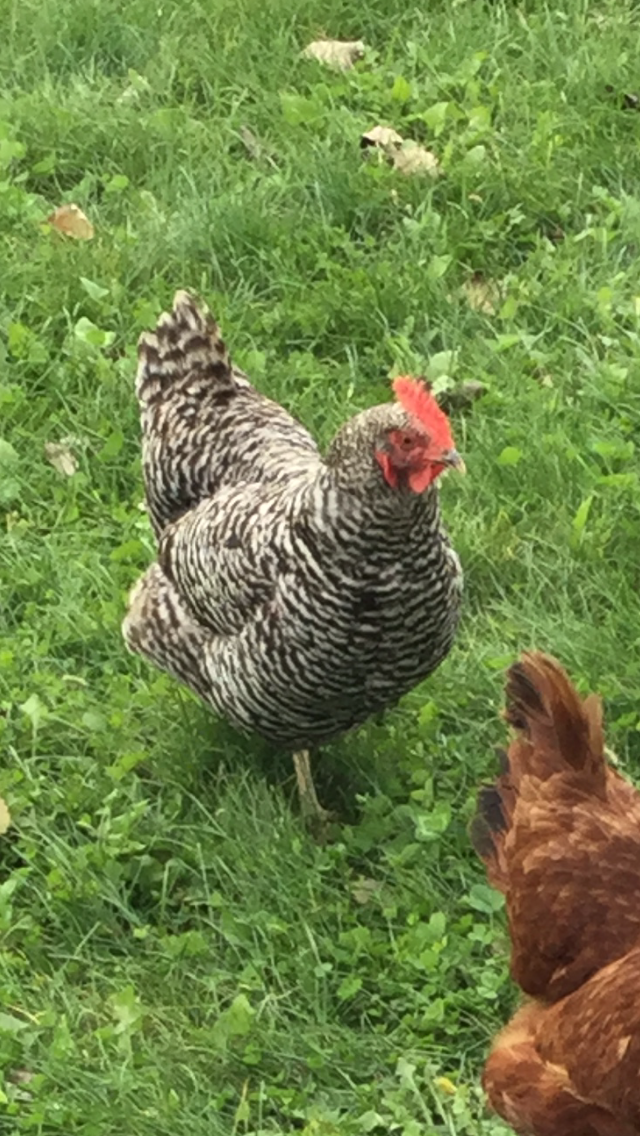 She is a sweetie! She’s practically the opposite of Penny yet they get along spectacularly! (If you have watched mr. Peabody and Sherman you’ll realize what theme we were going for! We had a hen named mrs Peabody about 2 years ago) Sherman has a swollen foot from about 3 years ago when my 2 year old cousin accidentally shut the door on her poor foot. My cousin didn’t mean to but she is now permanently wobbly. She limps to this day. It doesn’t seem to bother her which is a blessing since the vet said we would probably have to euthanize her because they thought she would lose her leg.
Sherman still lays eggs and is a bit aggressive to the ducks but other then that she is a sweetie pie!


This is my inseparable duo pecky sauerbrunn and Carli Lloyd (named after my 2 fav USA women’s soccer players. The real sauerbrunn is actually Becky but since they were ducks we named him pecky!) 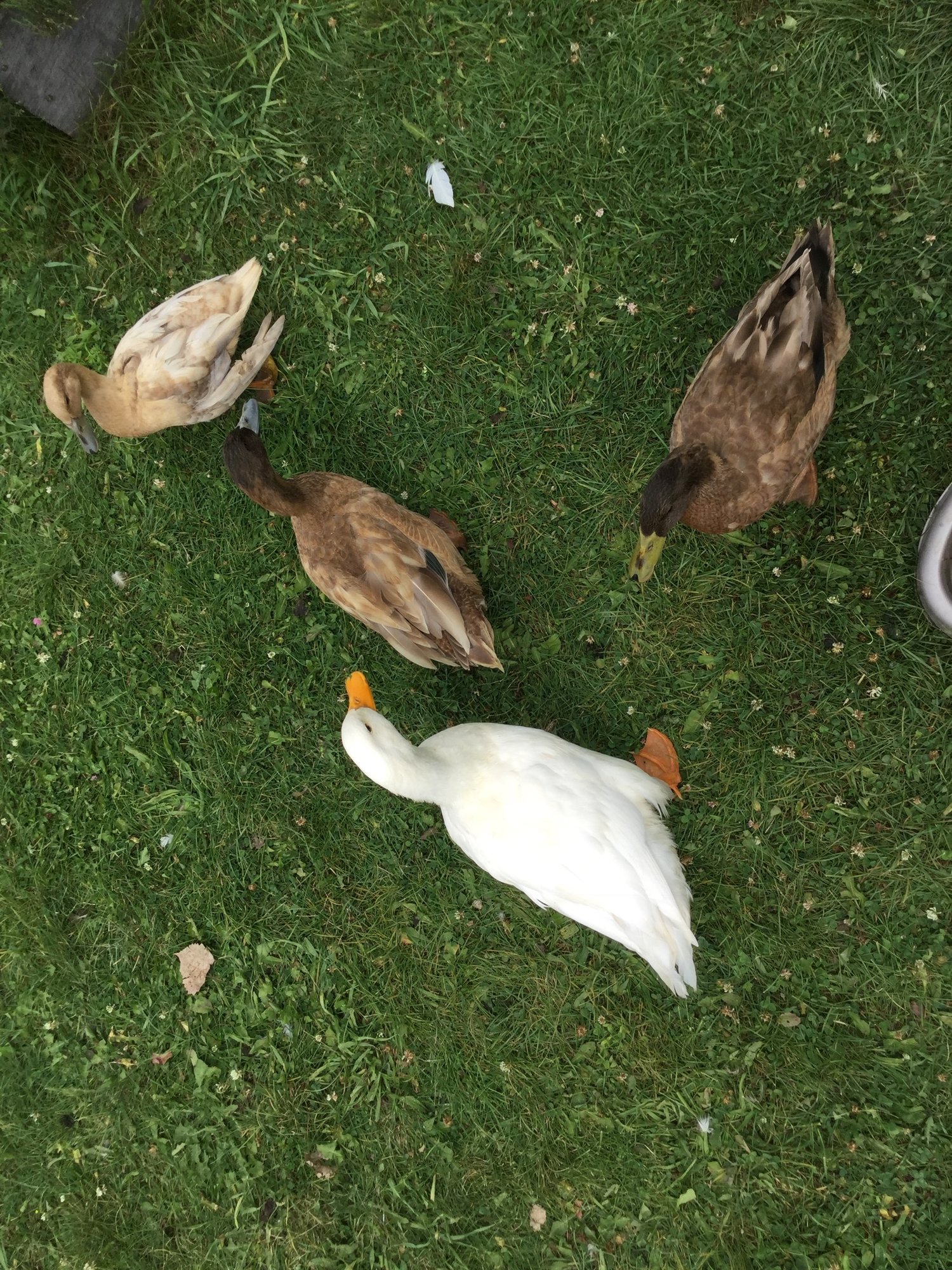 this is them and some buddies when they were little rip Messi the pekin and Alex the minuscule gray outcast! 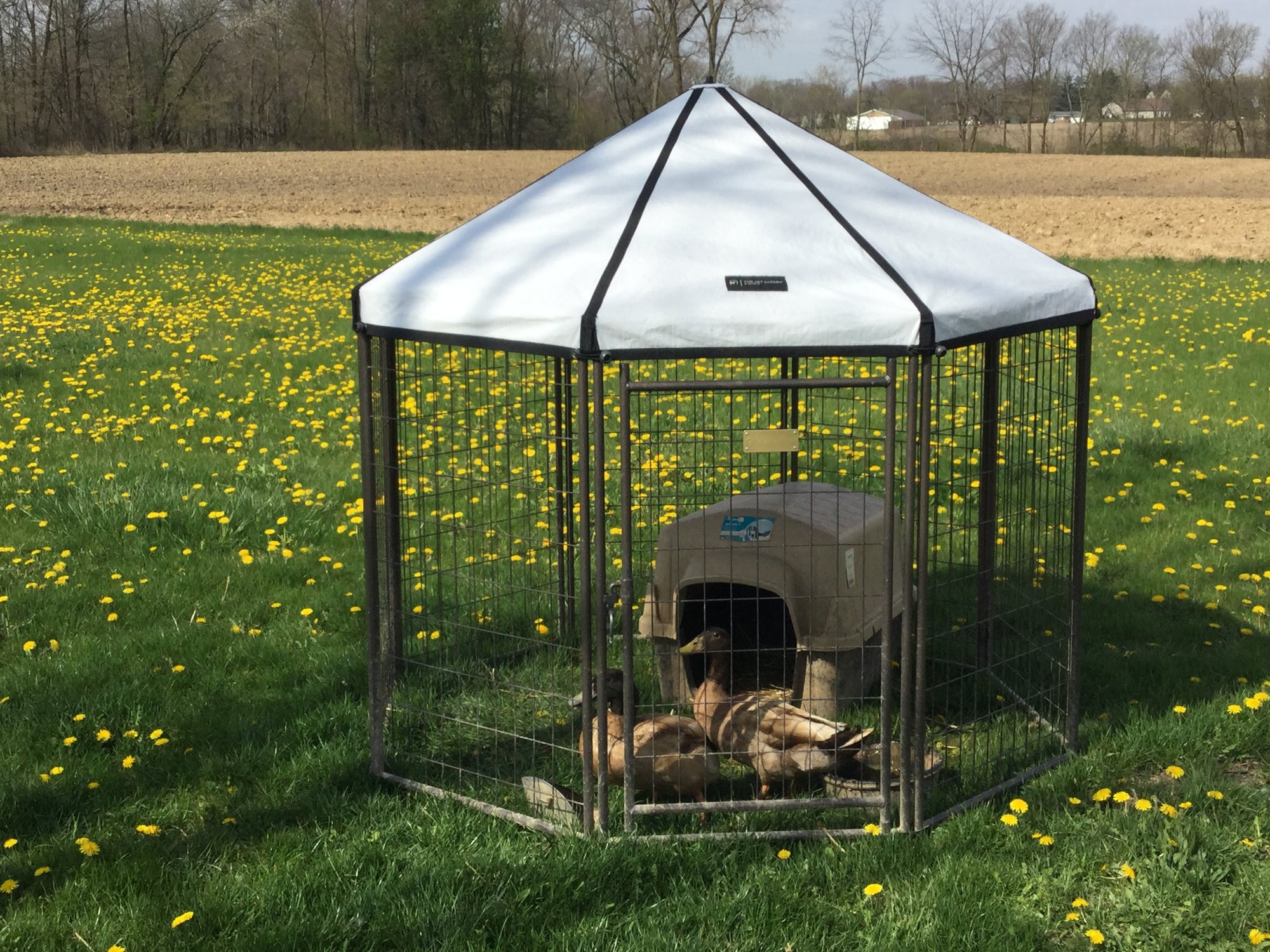 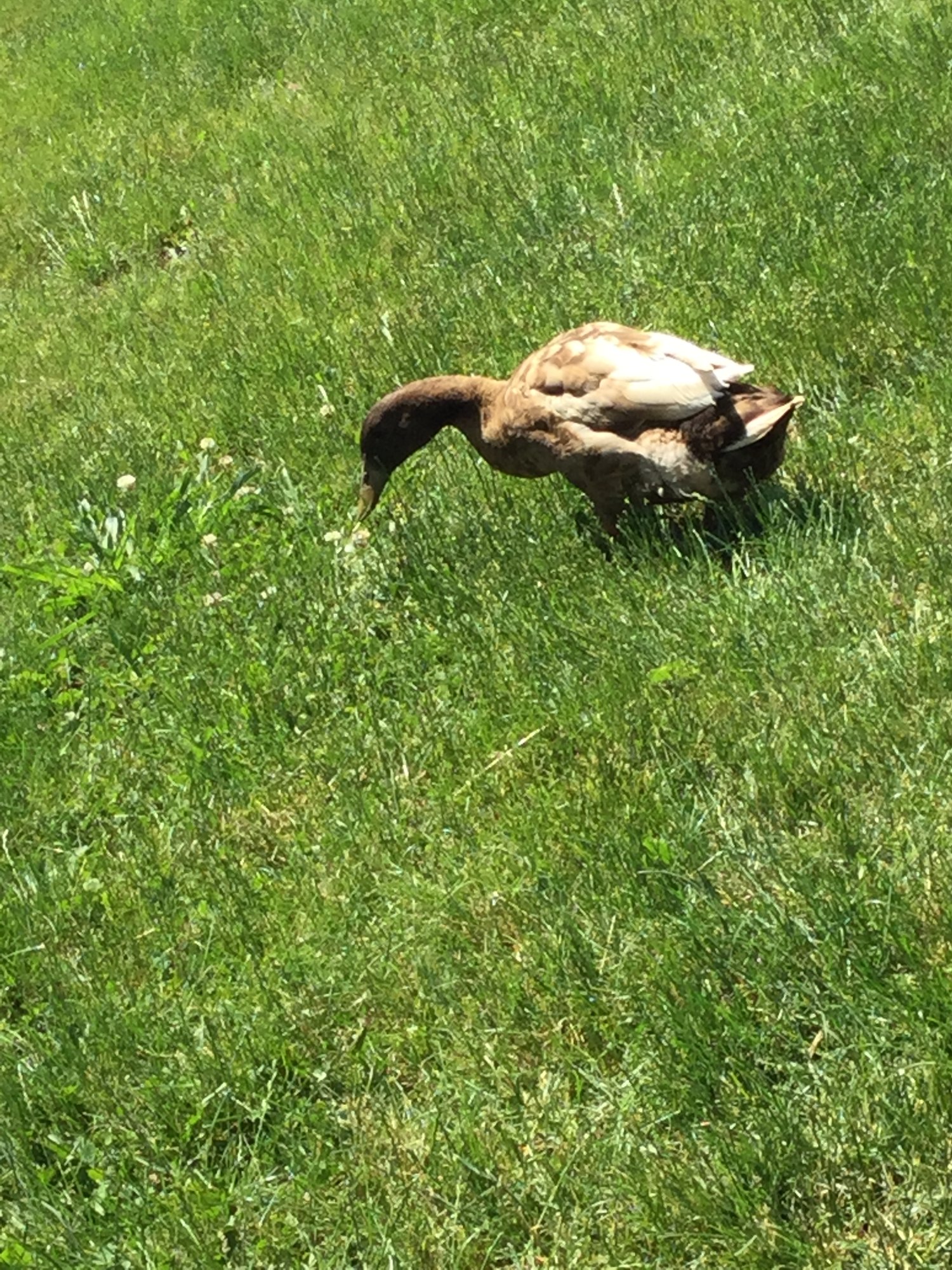 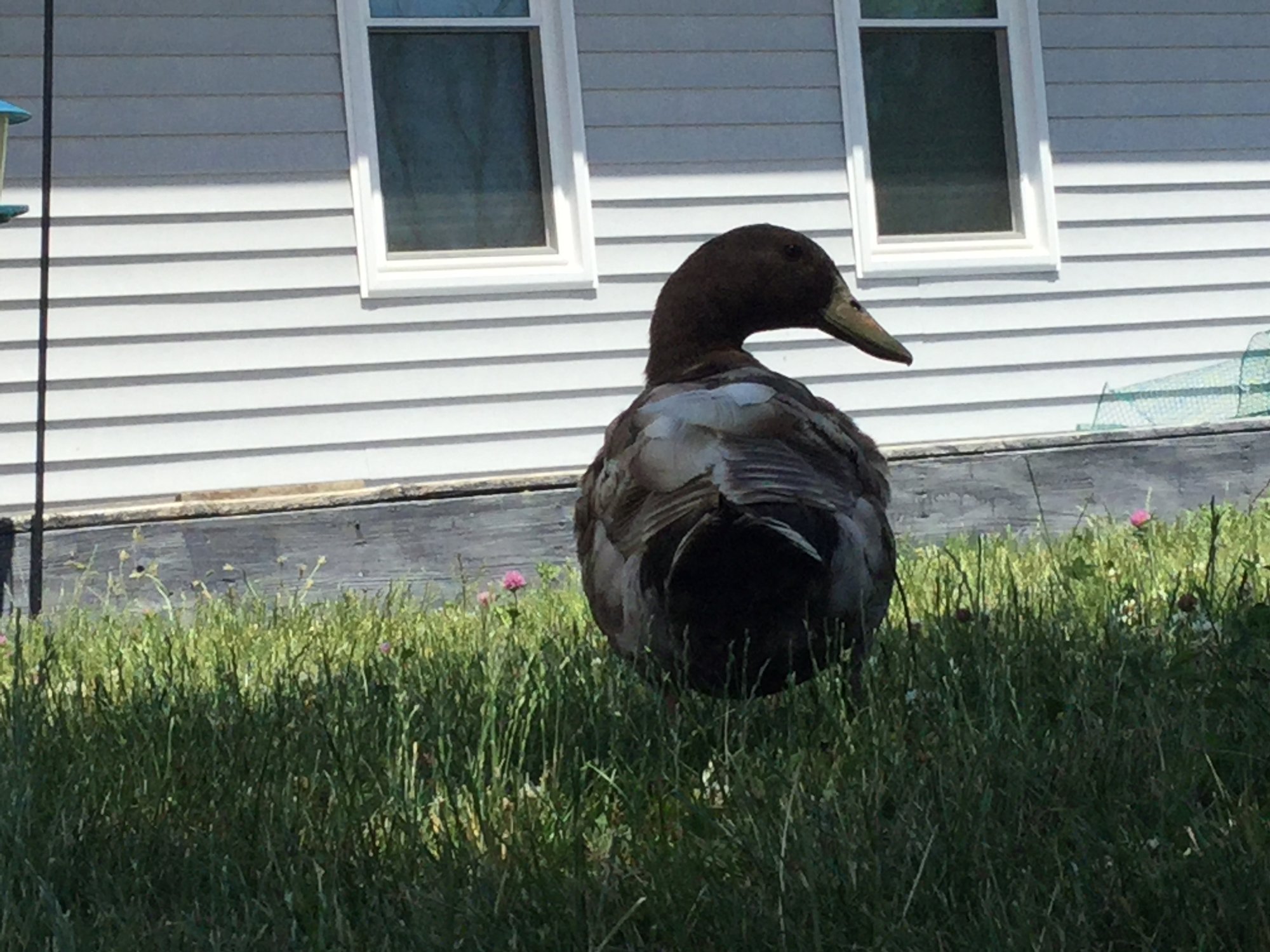 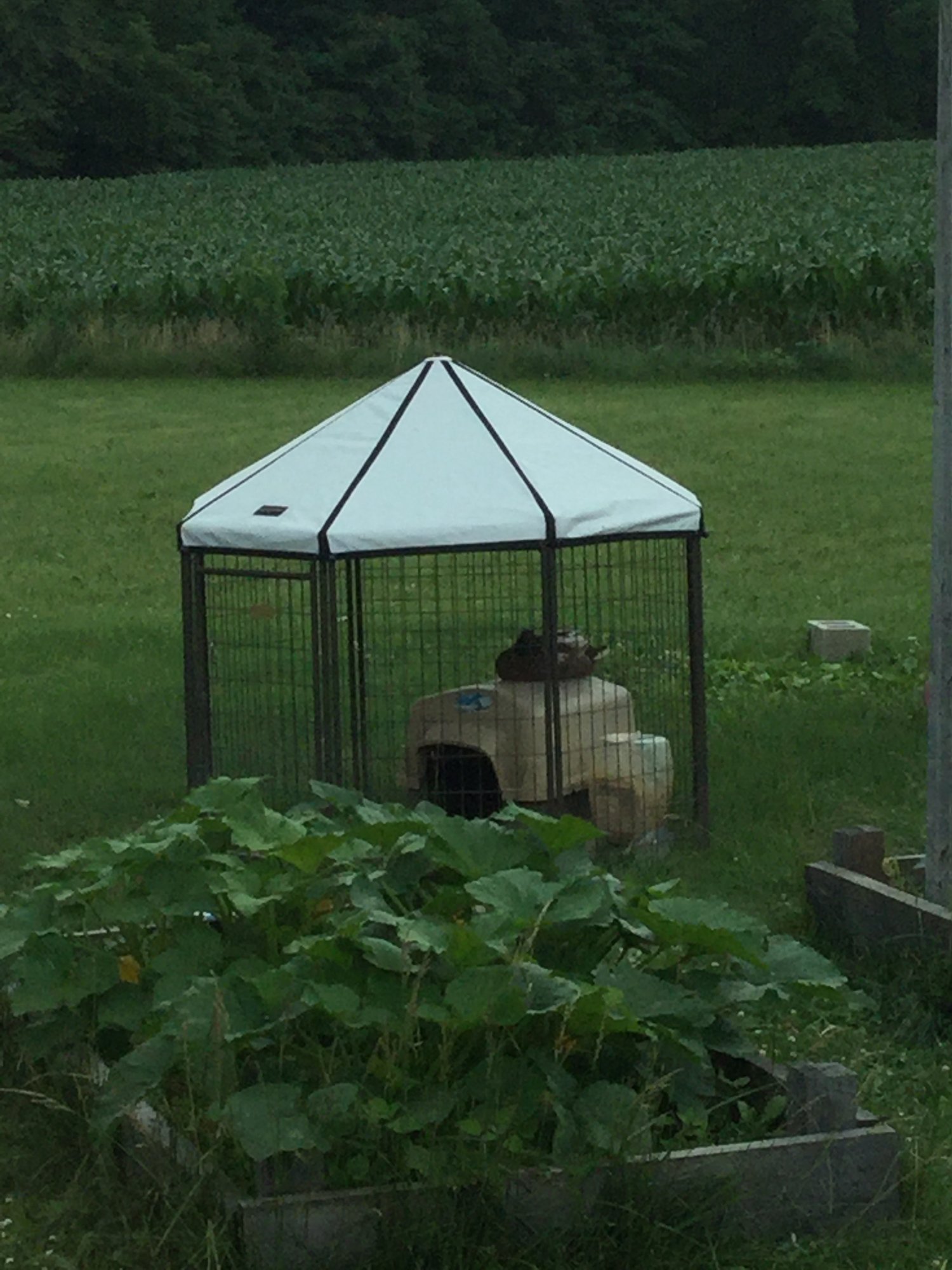 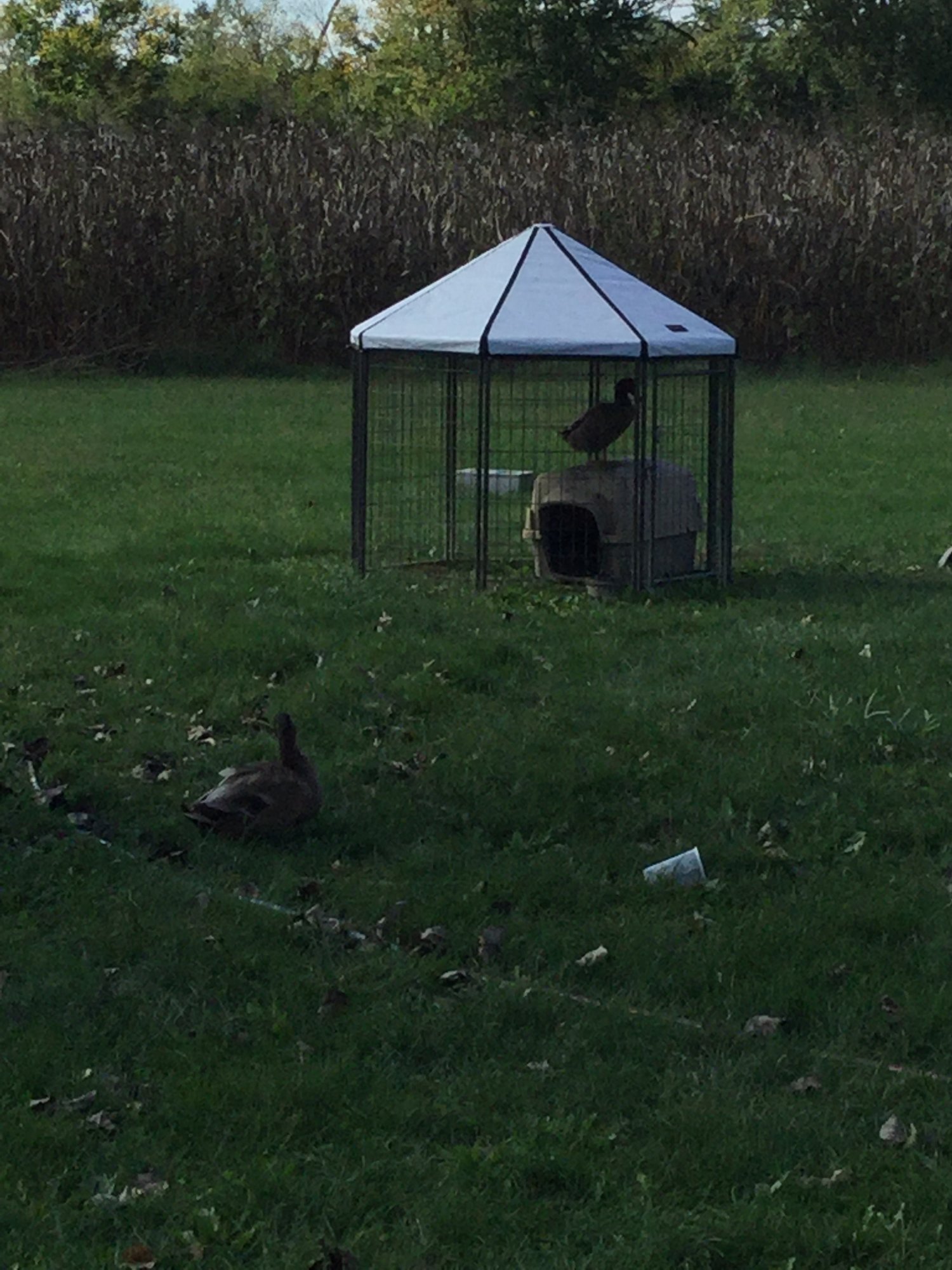 all the pictures with a duck on top of the doghouse is pecky. He’s sleeps up there. I dunno why but it’s his thing! Starting early spring those jokers would cross my mile long driveway and go to my neighbors 1/2 acre yard to eat bird seed! Apparently my 6 acre yard isn’t good enough for them. And I live on a busy road!

They are 2 drakes that get into occasional fights but other then that they are sweet angels and will protect each other to the end. Carli especially has gone through some hard times. After turning 1 in May he had seen enough experience for a 10 year old duck. They both (mostly Carli tho) has gottened attacked by a hawk 4 times and 2 times from a coon! It’s the hard knock life for them!


This is my ginger feline, Neymar (named after my all time fav soccer player) 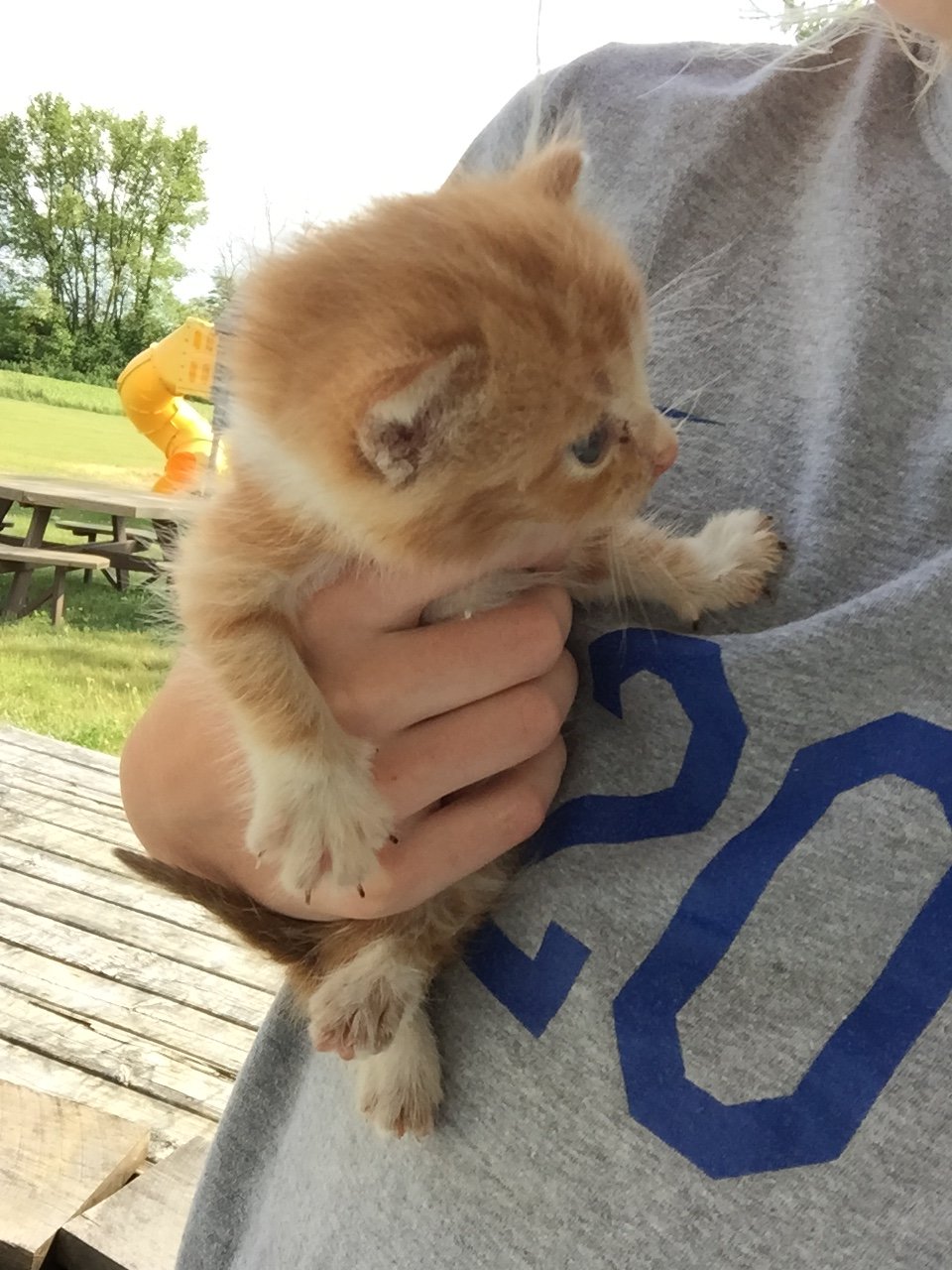 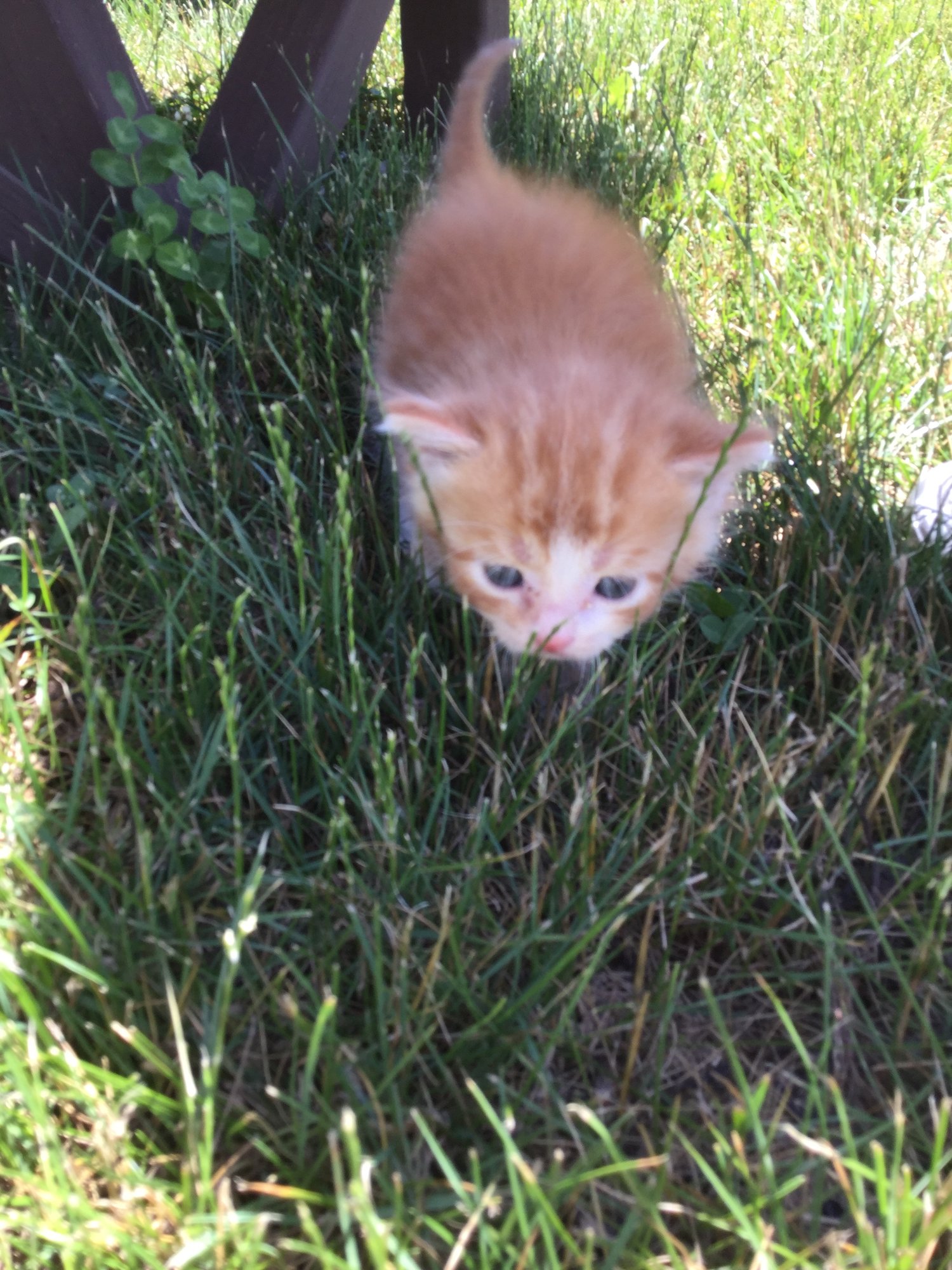 these first 2 pics is when she was little and I found her. In June of this year, I heard something in our barn and I thought it was possibly a coon. I didn’t want to get bitten so I sent my uncle to find out. (I’m so kind letting my uncle get bit but not myself lol) and he said, “oh it’s just a little bitty kitten!” We “adopted” her and she is mostly a outdoor cat (due to allergies) but I sneak her in sometimes!! She’s not a kitten anymore 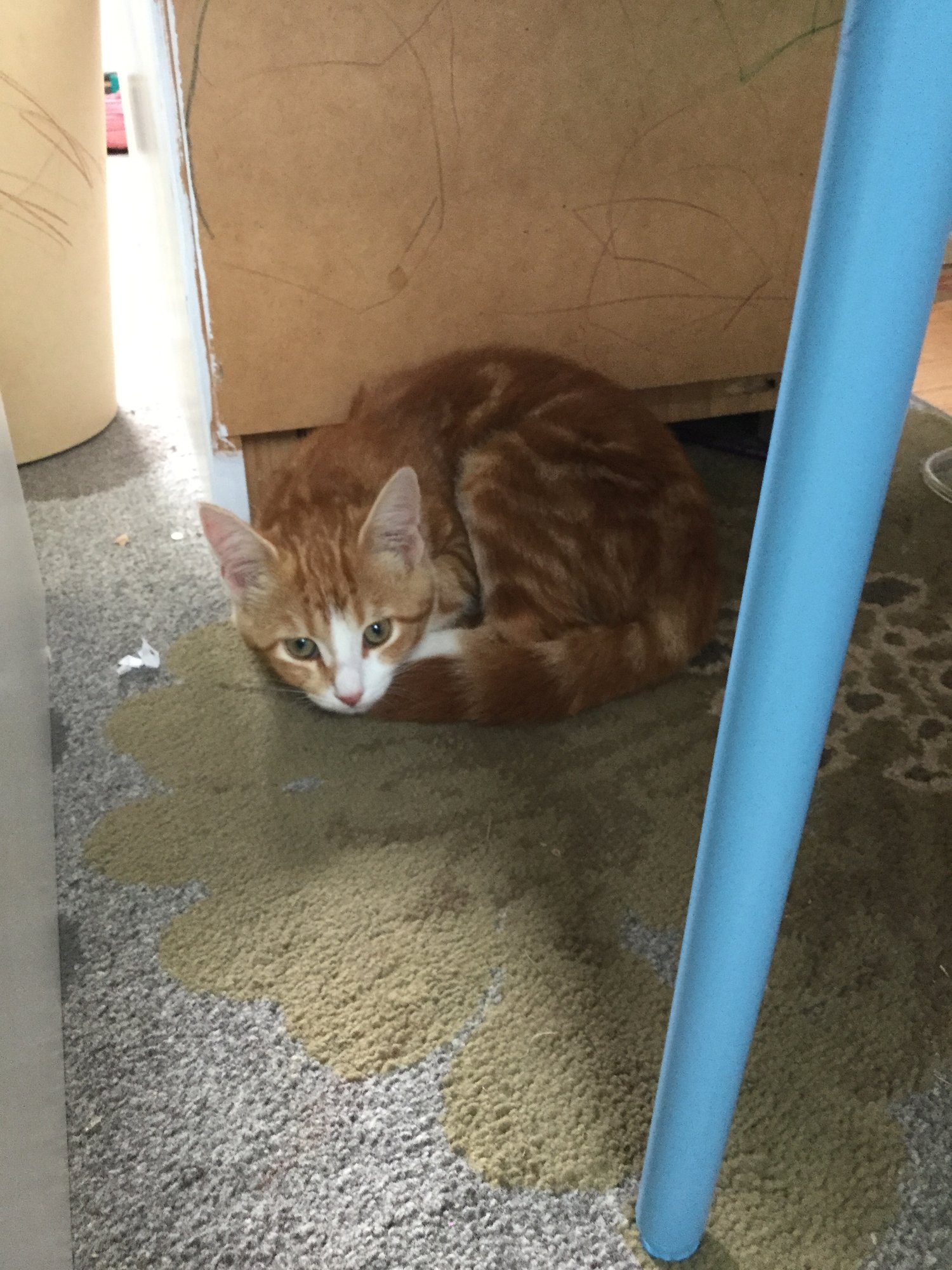 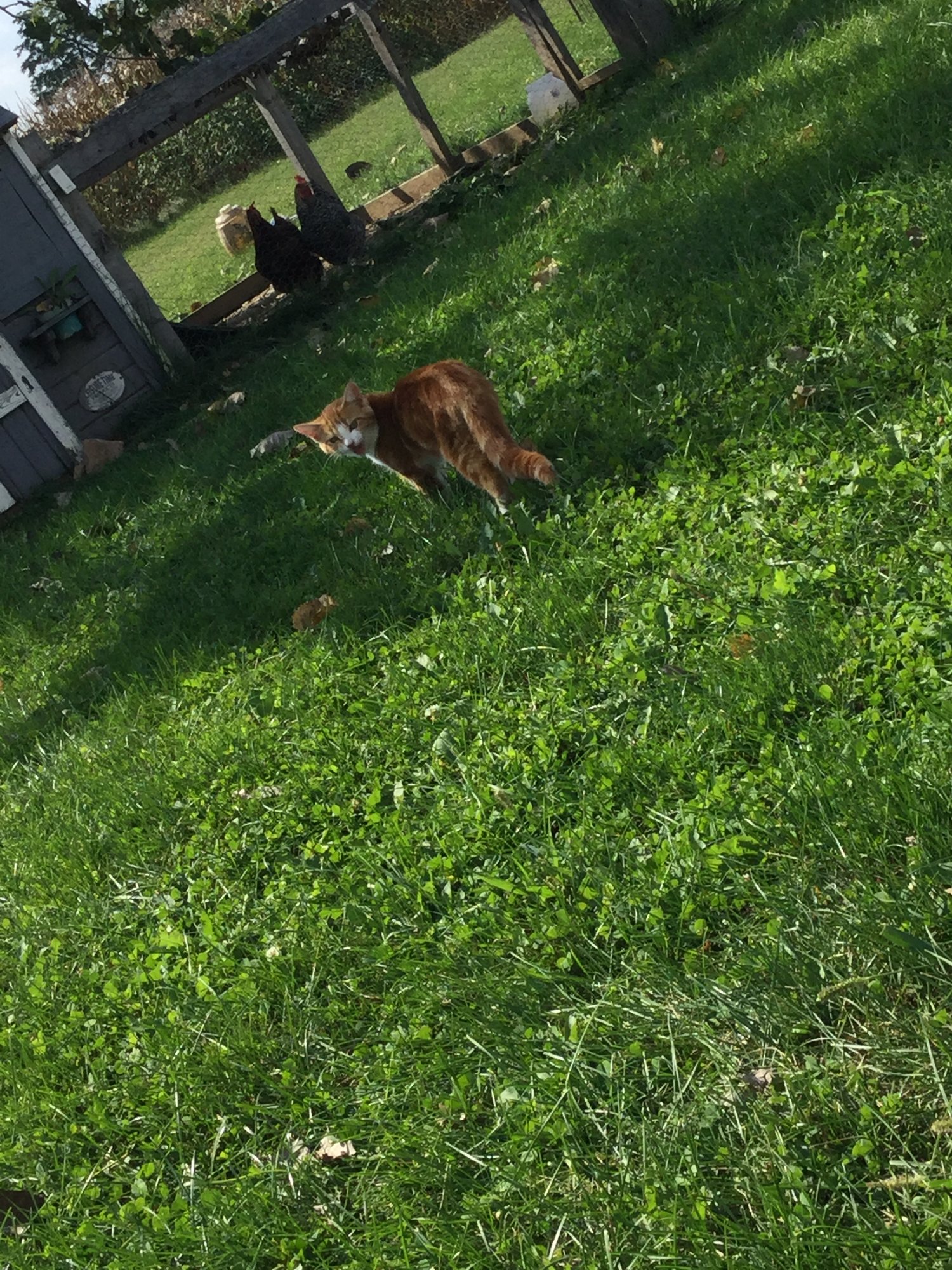 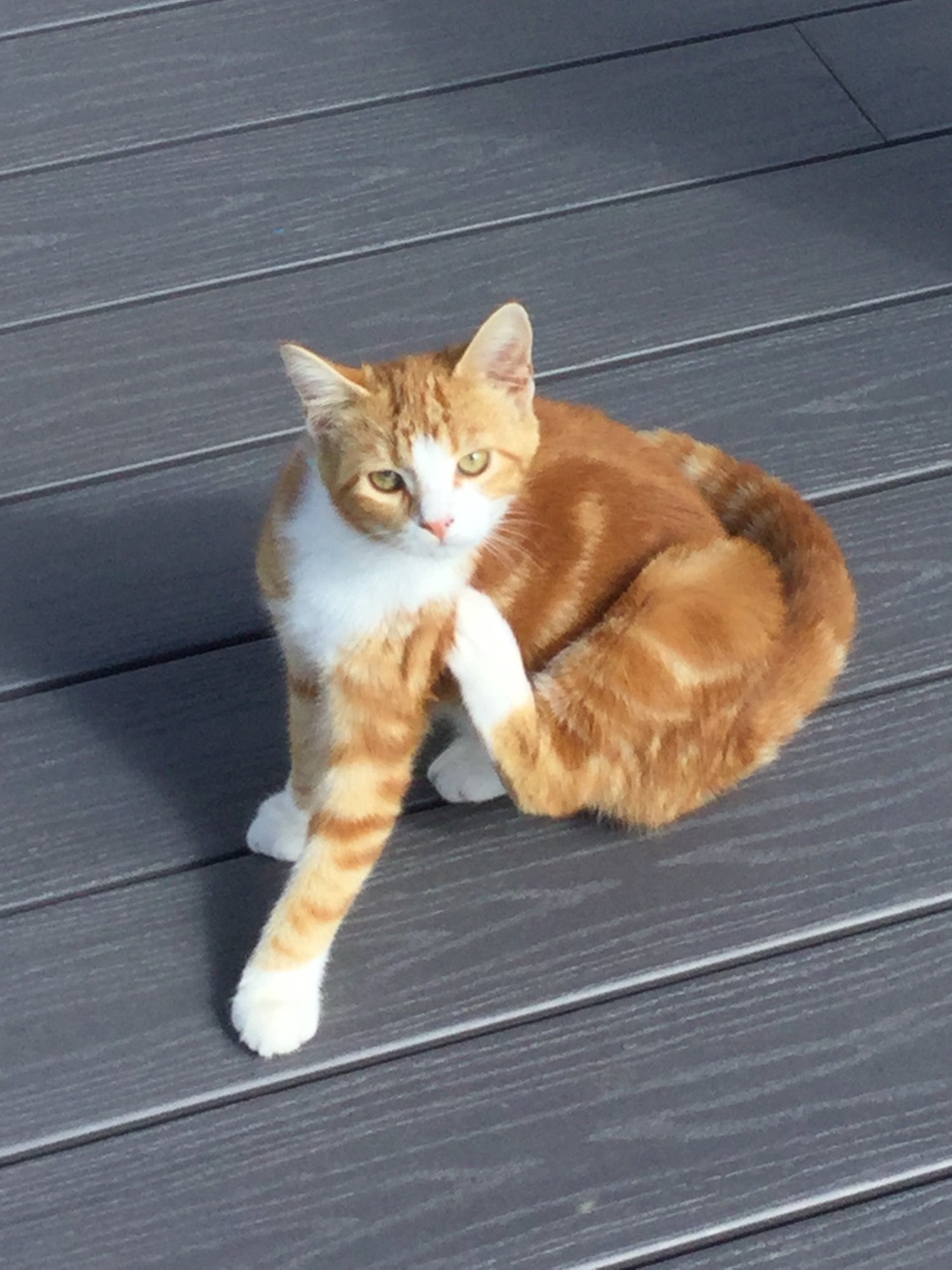 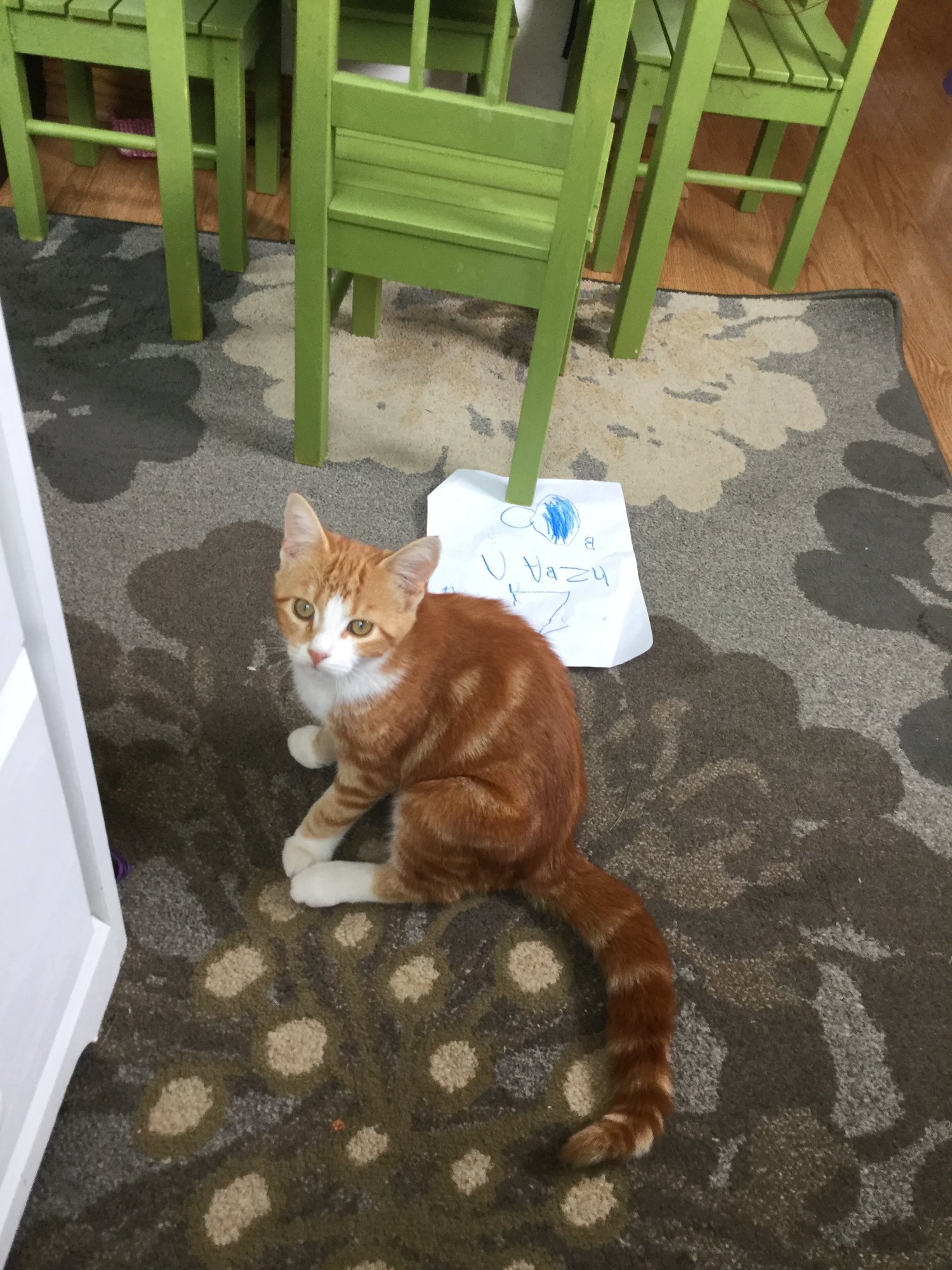 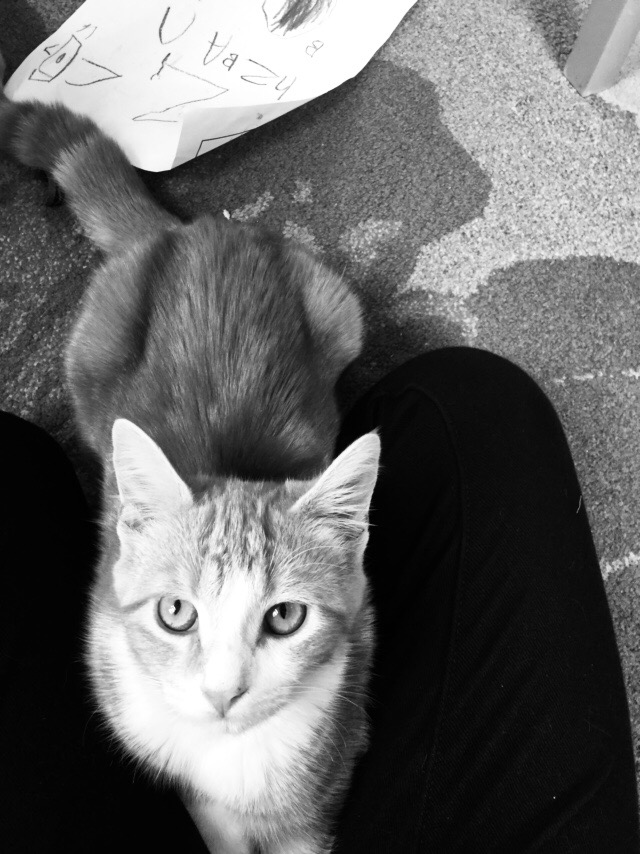 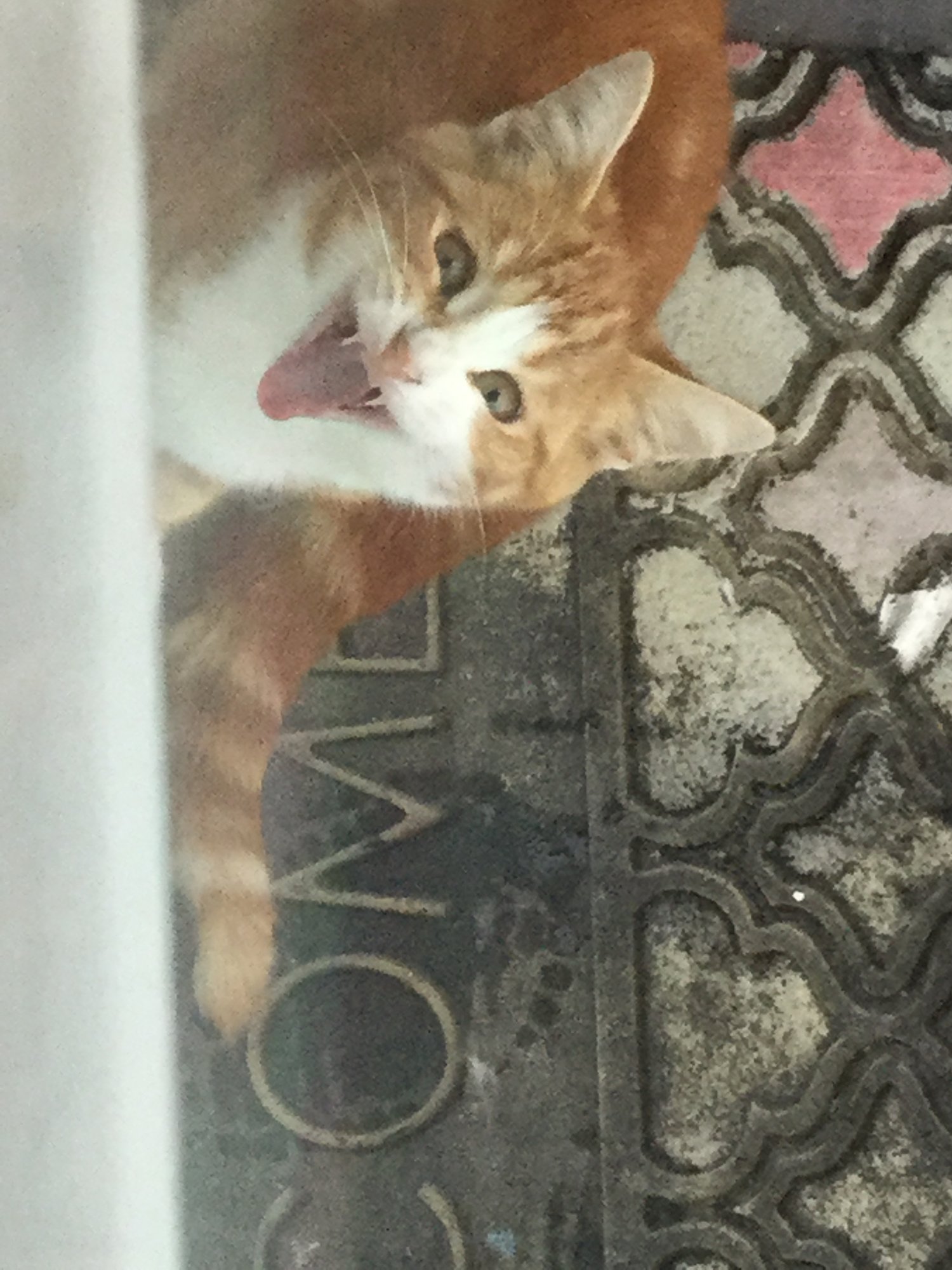 Last but certainly not least is my red eared turtle, Tortuga (turtle in Spanish) 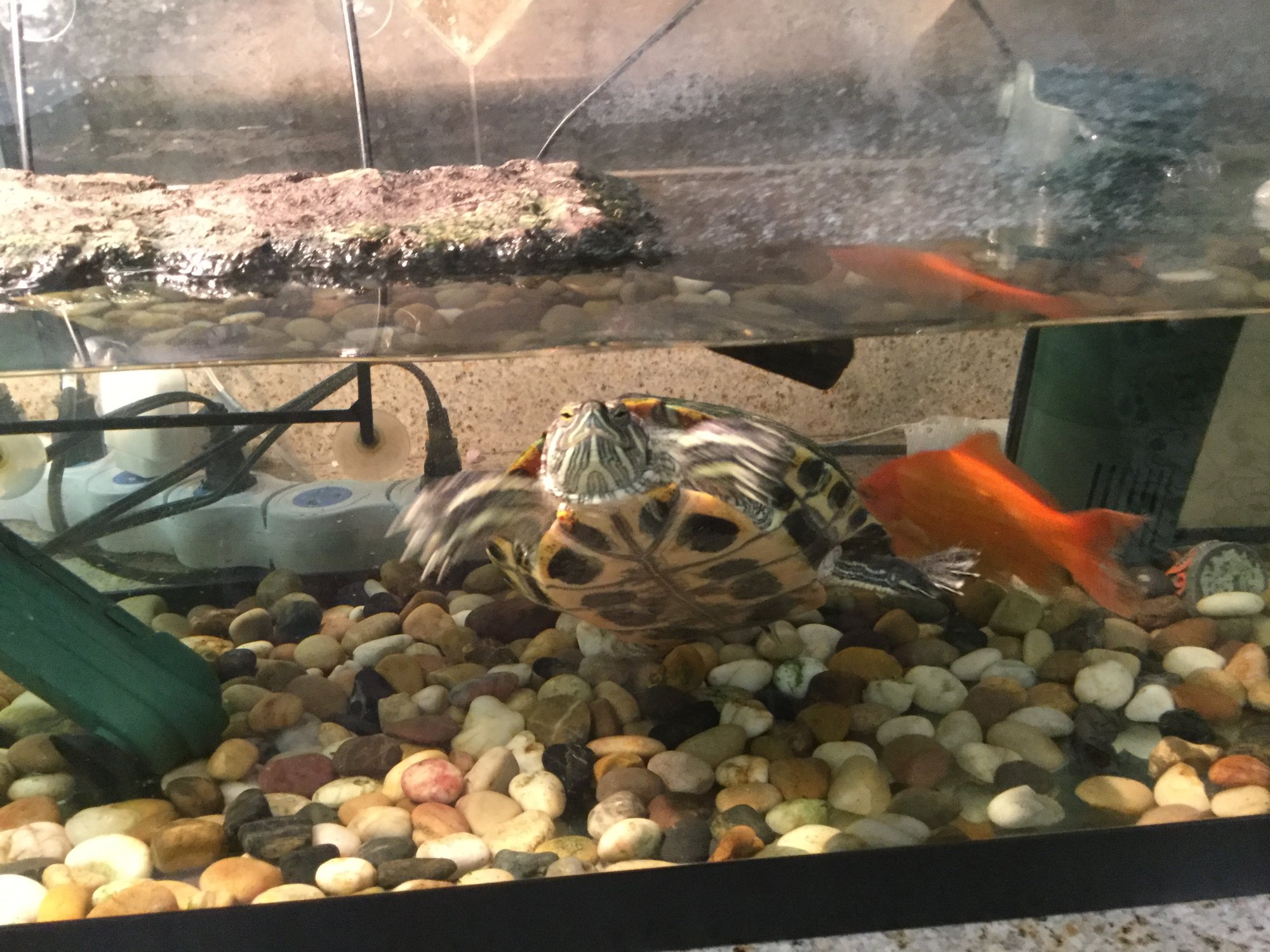 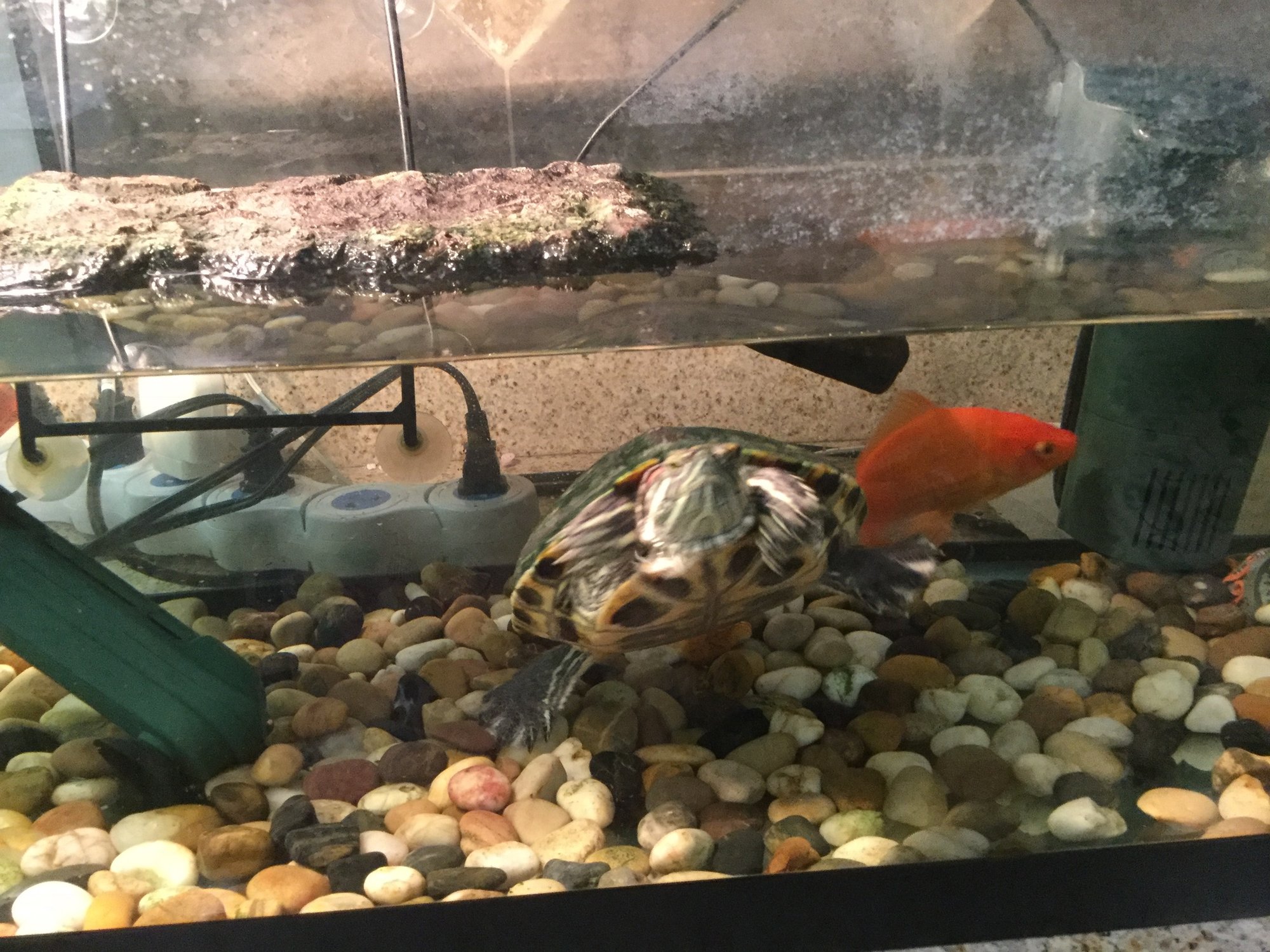 she had a friend who lived with her for 4 years and then about 3 months ago, she ate him!

This friend was a goldfish called Fred!! Tortuga befriended what we got for her as food then once he was gigantic and fat she devoured him! Yuck!!!

Thanks to all who read this! I want goats too but I’m very busy all the time and want to expand my flock of chickens and ducks but at the moment the chooks won’t let me!!

I dedicate this thread to my beautiful and loving cat who passed away 1 month ago. I love you Mbappe! 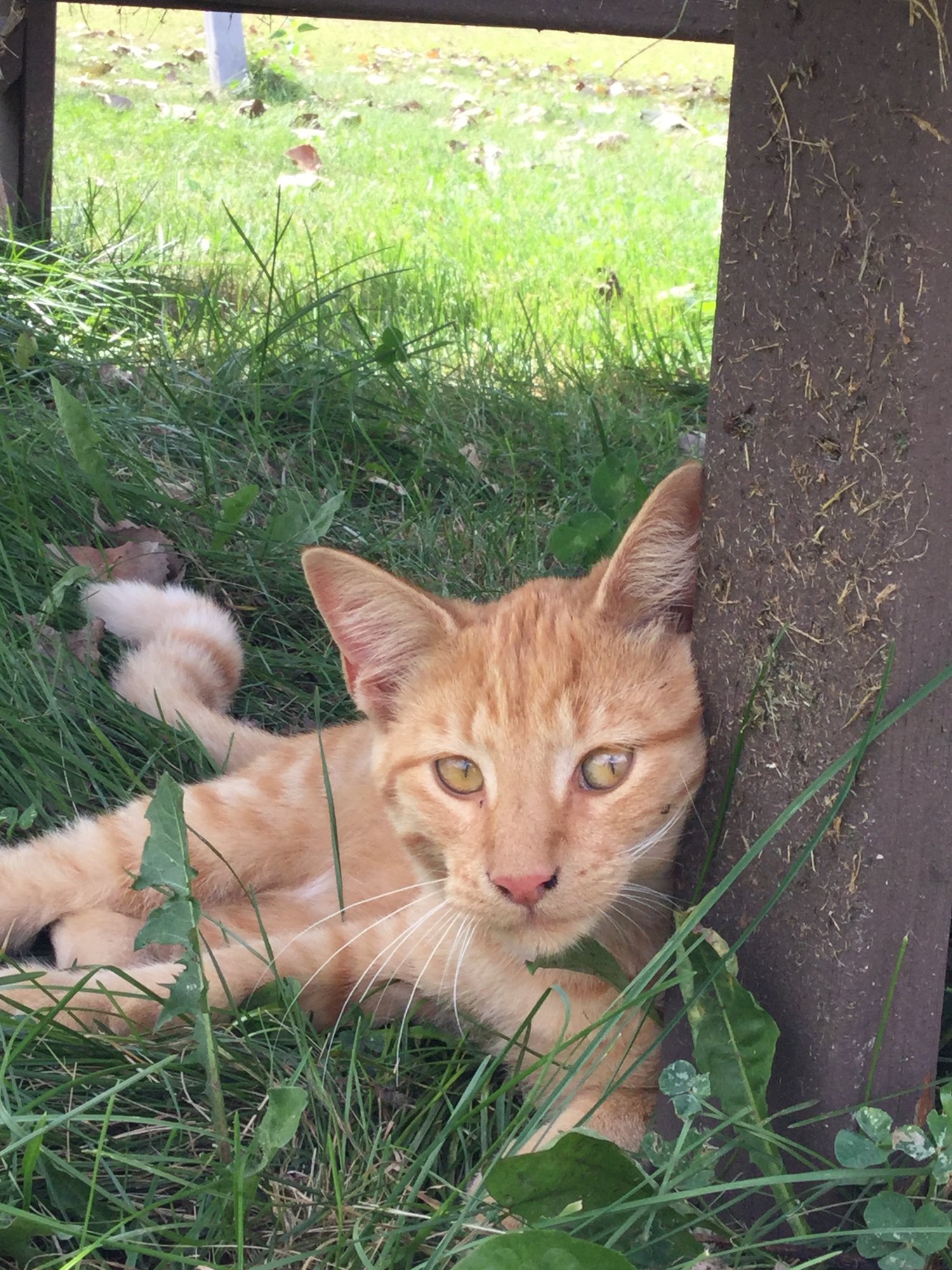 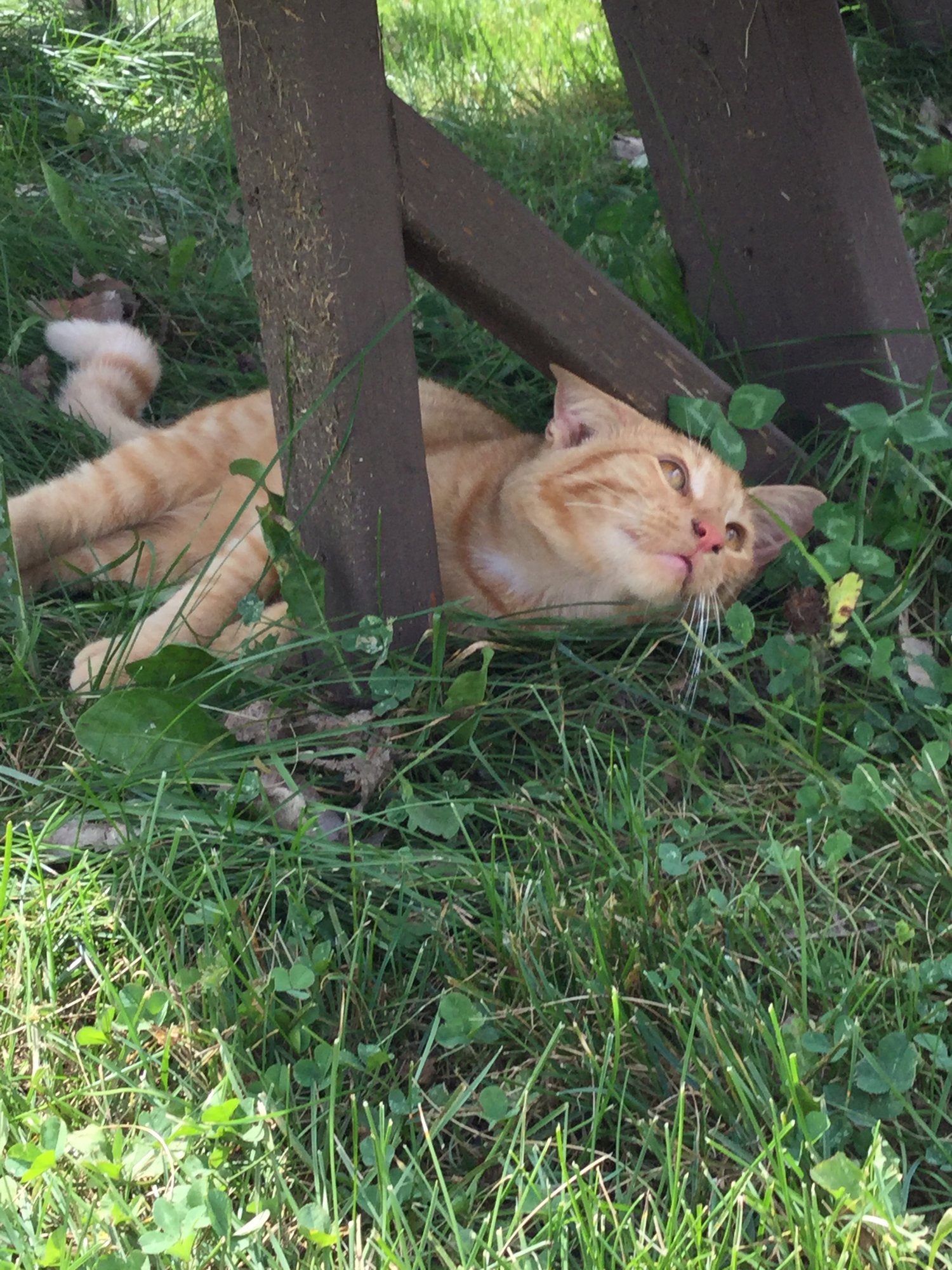 So sorry for the loss of your sweet cat

... I also like your ducks and chickens!! My RIR Ruby is sweet and is the leader of the flock but not at all a bully...
I hope you get to get more chickens soon!

Nice to have you here! if your ducks have been attacked that many times than you need to make a safer place for them.... I am so sorry about your kitty.

ButtonquailGirl14 said:
Nice to have you here! if your ducks have been attacked that many times than you need to make a safer place for them.... I am so sorry about your kitty.
Click to expand...

We just got them a new pen but thanks for looking after them!

ButtonquailGirl14 said:
Nice to have you here! if your ducks have been attacked that many times than you need to make a safer place for them.... I am so sorry about your kitty.
Click to expand...

Ducksandchickens said:
We just got them a new pen but thanks for looking after them!

I have to watch them when they are out but I think my neighbors dog scared away the hawk after it chased it down the driveway and tried eating it lol. So I don’t see the hawk that much anymore and my uncle has trapped 4 coons in yhe summer to try to get rid of some of them and haven’t seen any since last may

Ducksandchickens said:
We just got them a new pen but thanks for looking after them!