My new hatcher, a step by step

So after I created a horrible situation for myself many weeks ago by setting eggs of different types and at different times I realized that I would need a hatcher because I wasn't going to risk the still developing eggs while the hatching ones hatched. So at first I used a cardboard box and a 40 watt light. The box had dirt and gay in the bottom so it held humidity well and held temps but the temps were just a bit to high. We tried changing to a 25 watt but then it was too low. So my dh and I sat down and decided to make a new one.

First we went to Walmart and walked around for a while before settling on a 40 quart clear tote and sand. 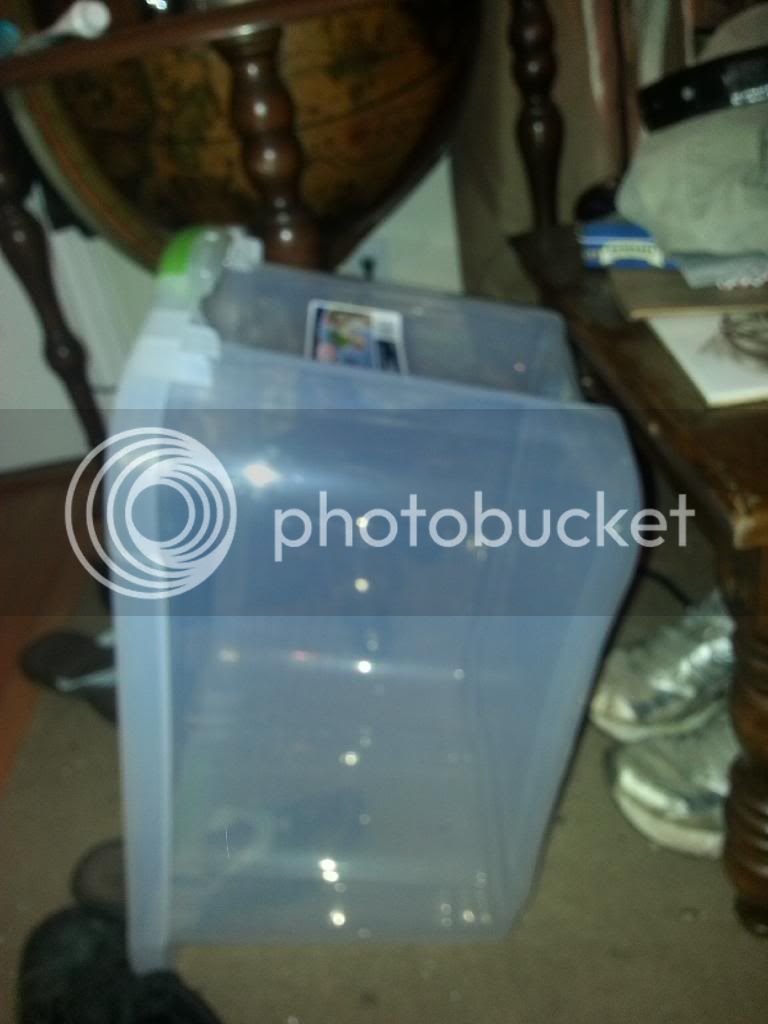 We got it all home and dh marked out the lid for what he was going to remove so we could see from the top. 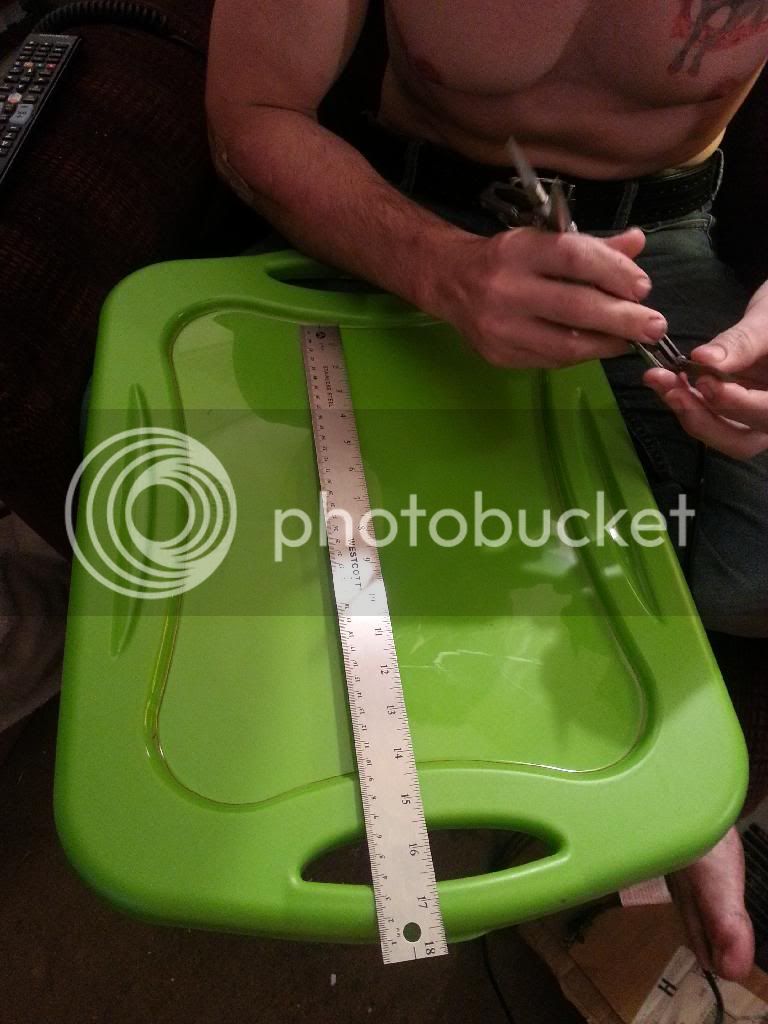 He then made a hole in the middle, took the light cord apart, threaded it in, and the rewired it. 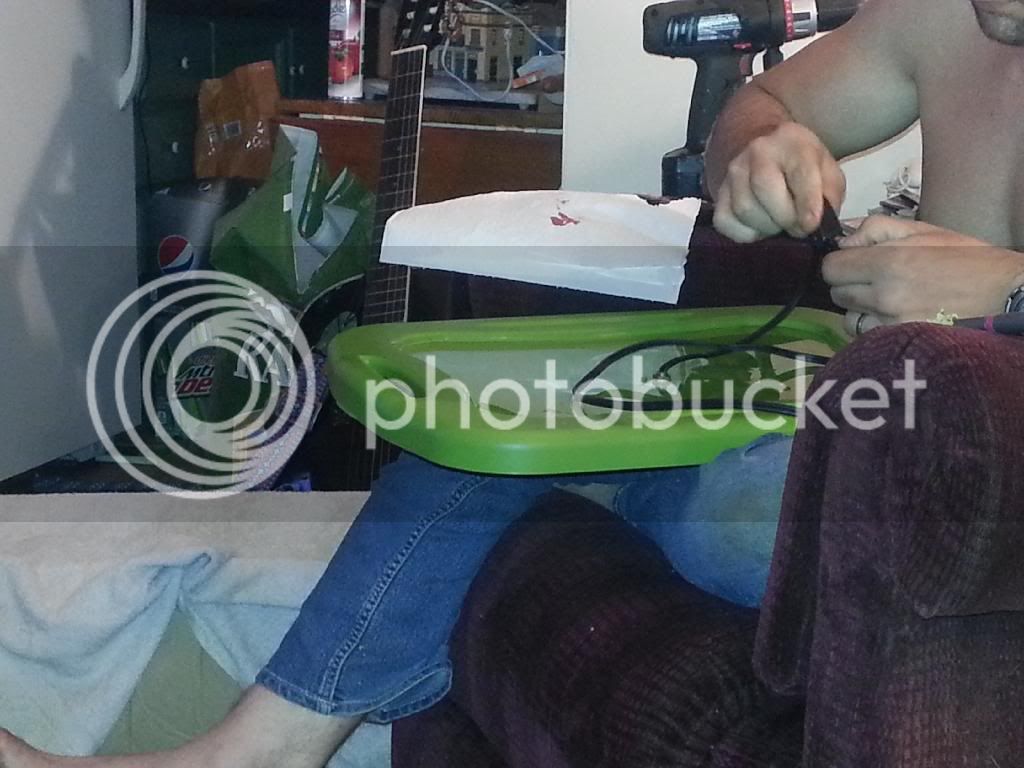 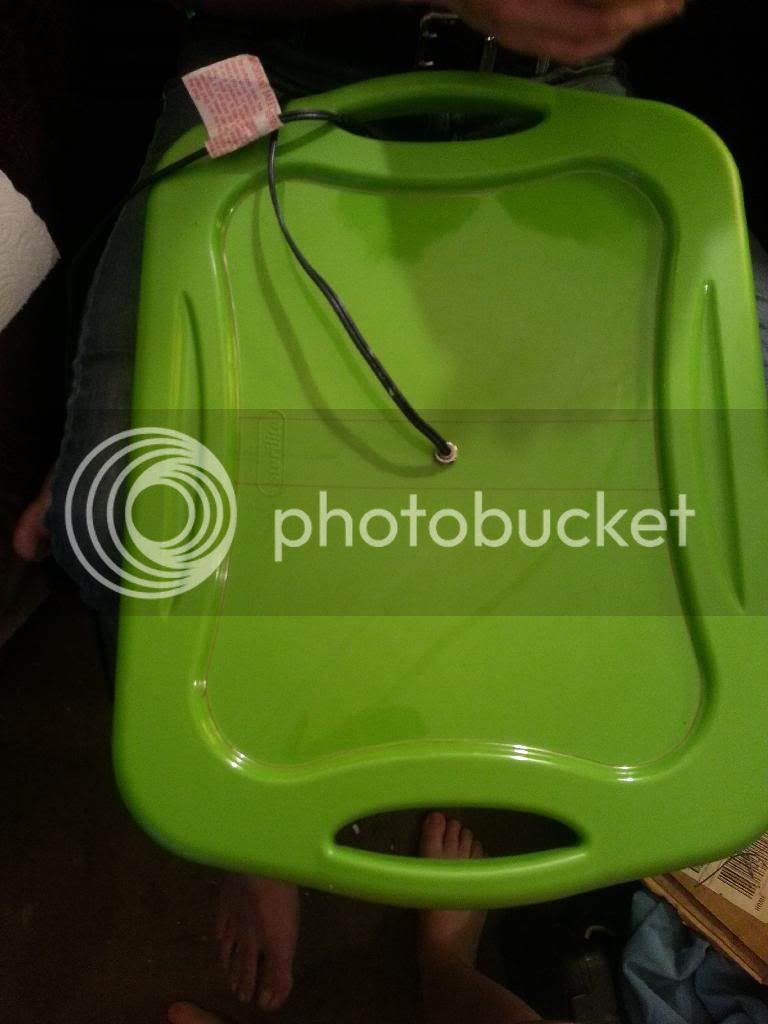 Then began the hardest part which was just simply removing the rest of the lid for the windows. 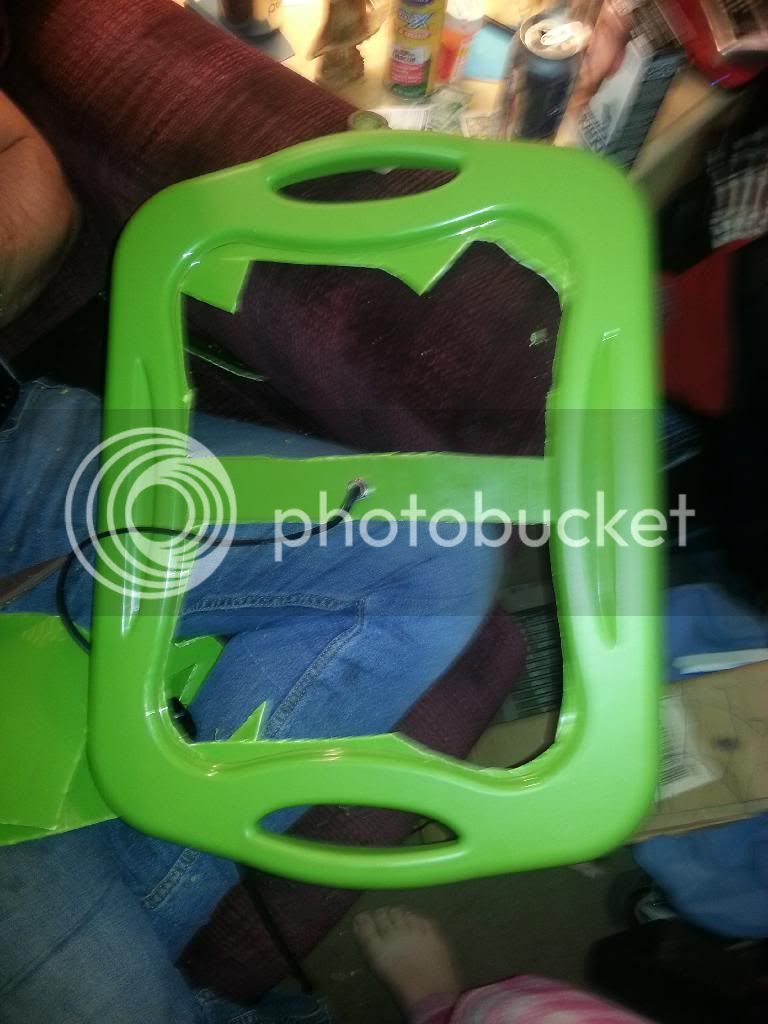 Then came air holes on the sides. They are 7/16. There are 3 on the long sides and 2 on the short sides. 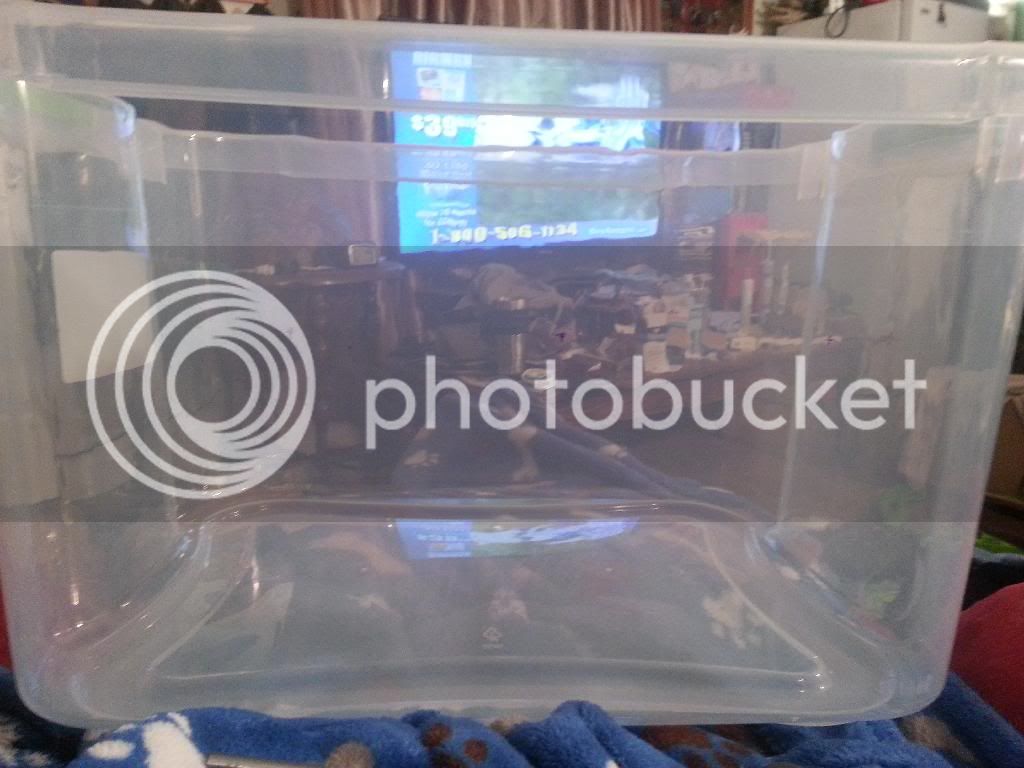 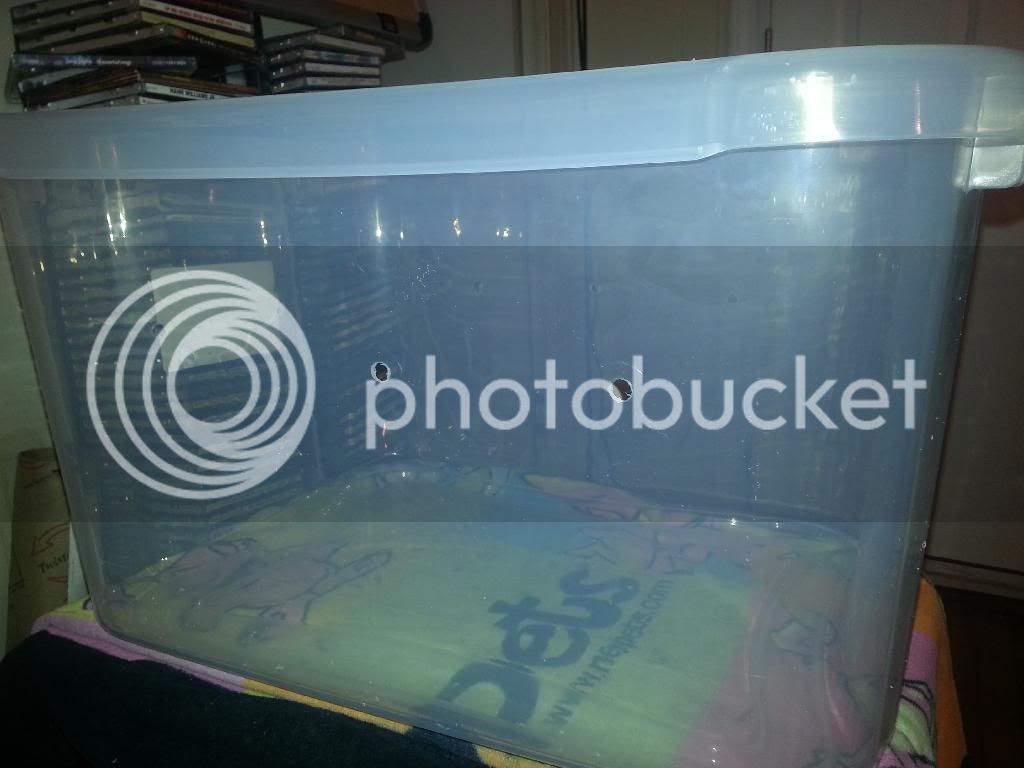 I then added the sand. 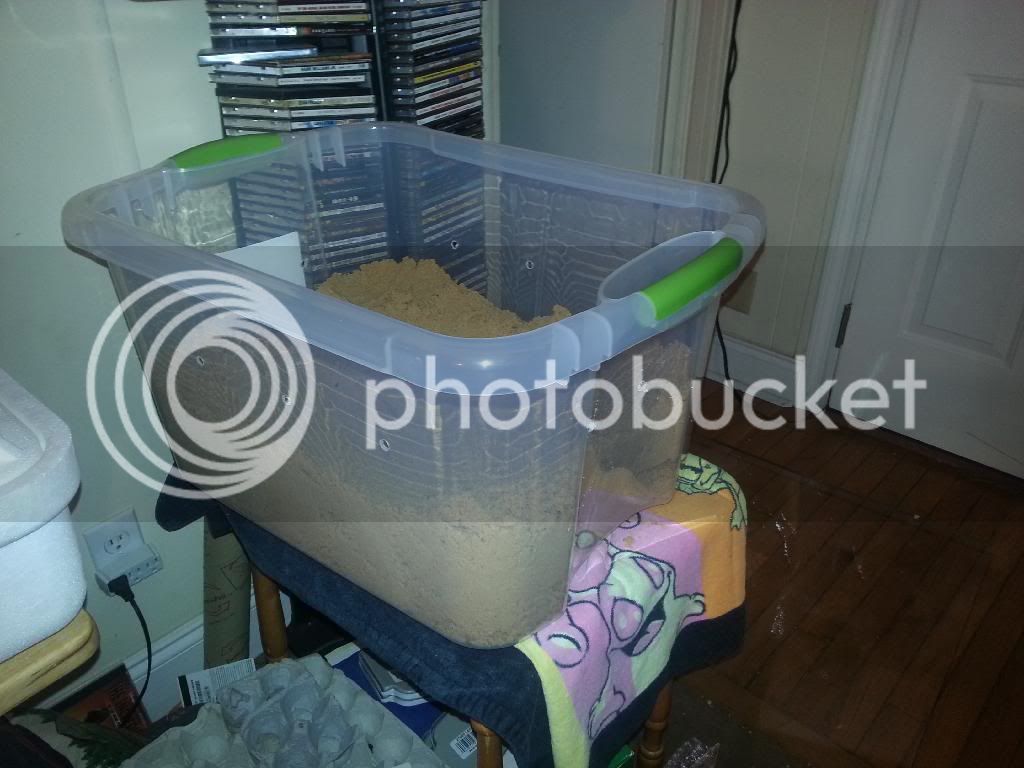 Then the thermometers, lid, and plexiglass over the top until we find something else to cover the holes with. 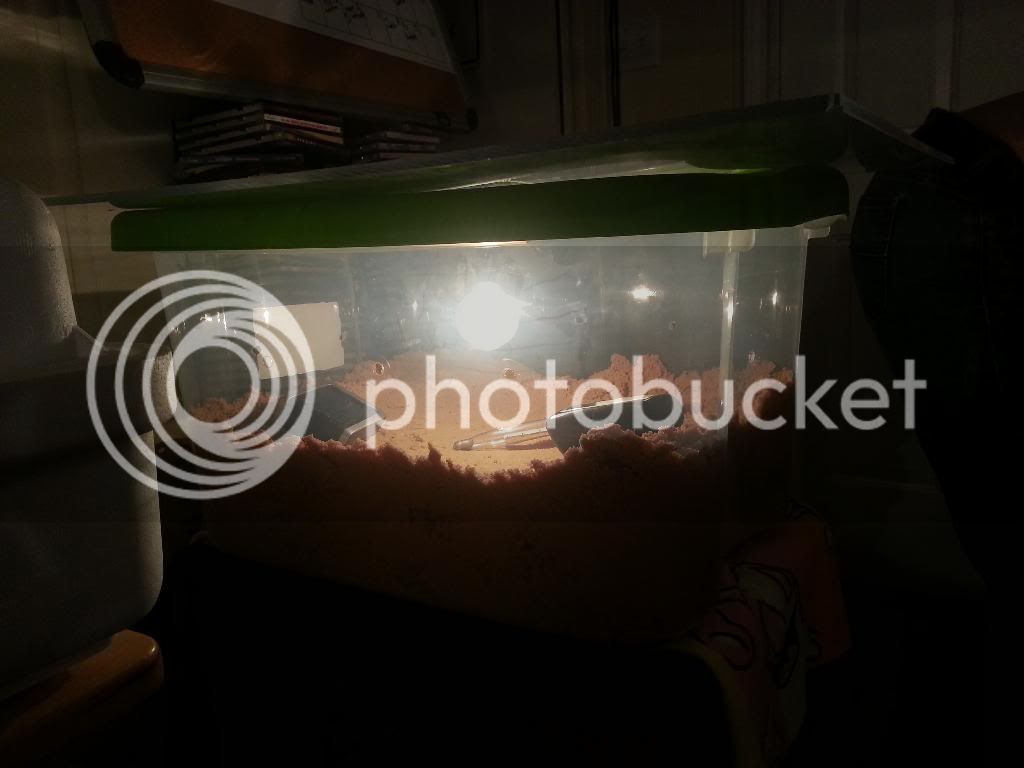 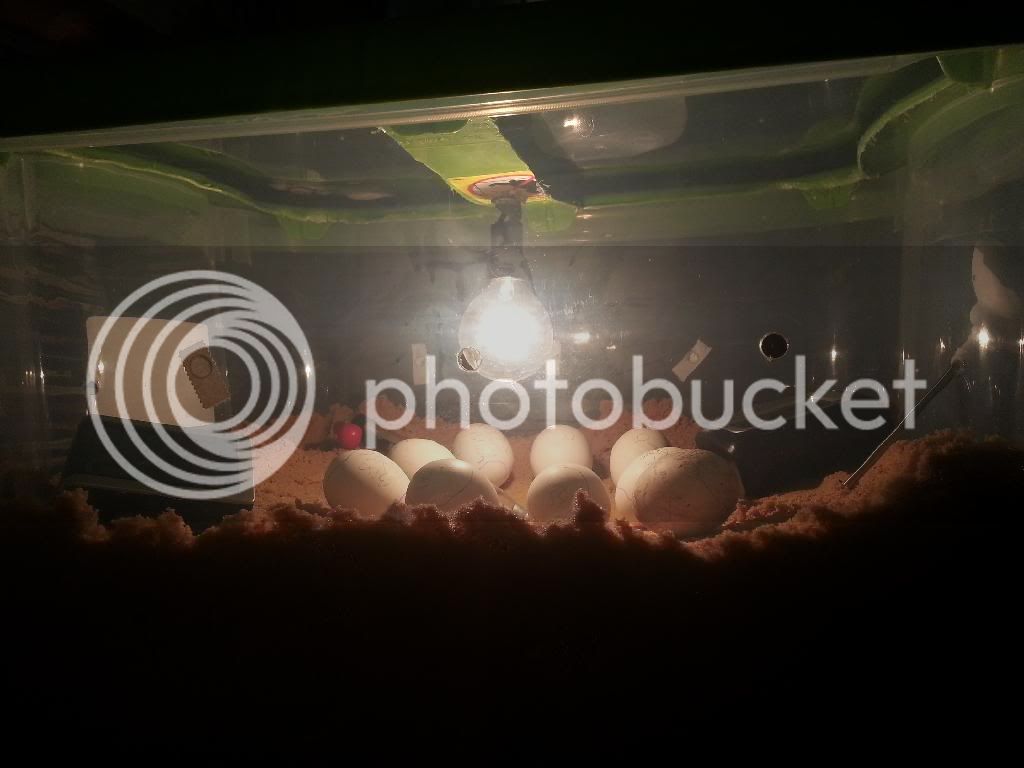 The temps are currently holding around 98*-101* with the humidity hanging out around 74%-84%. I am going to add some rice to try to get that number down. Please note I didn't add any water rather the sand had been outside so it was damp when I got it.
Last edited: Apr 18, 2014

Well I added the rice but it's not really helping and the humidity is still to high for the chicken eggs that are in there now... I tried to dry the top of the sand of but it didn't really help. Any ideas?

Well after spreading the rice around and leaving it for a while I saw the temps has gone up so I opened the plexiglass some and wallah the humidity is down to around 60% and the temps are between 98* and 100*.

It was all planned, but we are an incubator short. Ahhh

How is this as a homemade incubator ?
2

Bobby's chicks! We did it!!

Can my quail breath in the homemade incubator?