My pullet is crowing

Hello everyone, this is my first post here, so bear with me if my newbie-ness is on full display. I should start by saying that I've been breeding chickens for five years (Araucanas and Orpingtons, plus a few Leghorns), and am currently in my fourth year of showing my birds. I'm good at sexing my Araucanas by the time they're 6 weeks old, and by the time they're 12 weeks old, gender is no longer in question. Long story short, I discovered this morning that one of my Araucana pullets is crowing. She's around 6 months old, and she's already been to one show; I have her brother who's the exact same age in the same color (blue-based lavender), and he has clearly been a boy for months now. I'm pretty sure she's been crowing for at least a few weeks already and I hadn't yet pegged her as the culprit -- but I caught her in the act today. I have heard her a few times already doing the clucking noise that roosters use to call hens to food -- I thought that was odd since I've only otherwise heard that noise from hens with chicks -- but I chalked that up to her close friendship with the pullet that she's currently housed with. Neither she nor her pen-mate, who's the same age, has started laying yet, but I've got my fingers crossed that the crowing isn't indicative of a lack of interest in egg-laying!

For what it's worth, she's been housed in a large crate for the last six weeks or so with a pullet with which she was raised, as they both get special treatment for show birds. There's one rooster in a crate next to them (they can hear him but not see him), and there's no other roosters close by, though they can hear a bunch further away. Her crow is unmistakably a crow, and sounds like a cockerel who's about 2 months into finding his voice -- past the strangled-duck noise, but not quite the smooth melodious crow of an older rooster.

I wanted to share this because everything I've read so far (admittedly, not much yet) has suggested that, while crowing hens are rare, it's usually old hens that crow. I can now testify that young ones can too!
M

Your she is a he, methinks, or maybe just into some kind of New Age gender-fluid thing. You might want to monitor his/her websurfing.

I'm having issues with laptops at the moment, which is the only way I can upload pictures, but if I can get that sorted and figure out how to post pictures here, I'll share some both of her and of her same-colour, same-age brother. She's a lovely pullet, in a rare color, and is one of the best I bred this year -- hence her being pulled from the paddock to get prepped for showing!

Sure we all curious to what she looks like----you got a pic to share?
N

I'll try to share pictures in the next couple of days!
N

I just realized I already had one picture of her handy -- I realize this isn't a great one for evaluating her type, but it's all I have right now. At least you can see part of her! 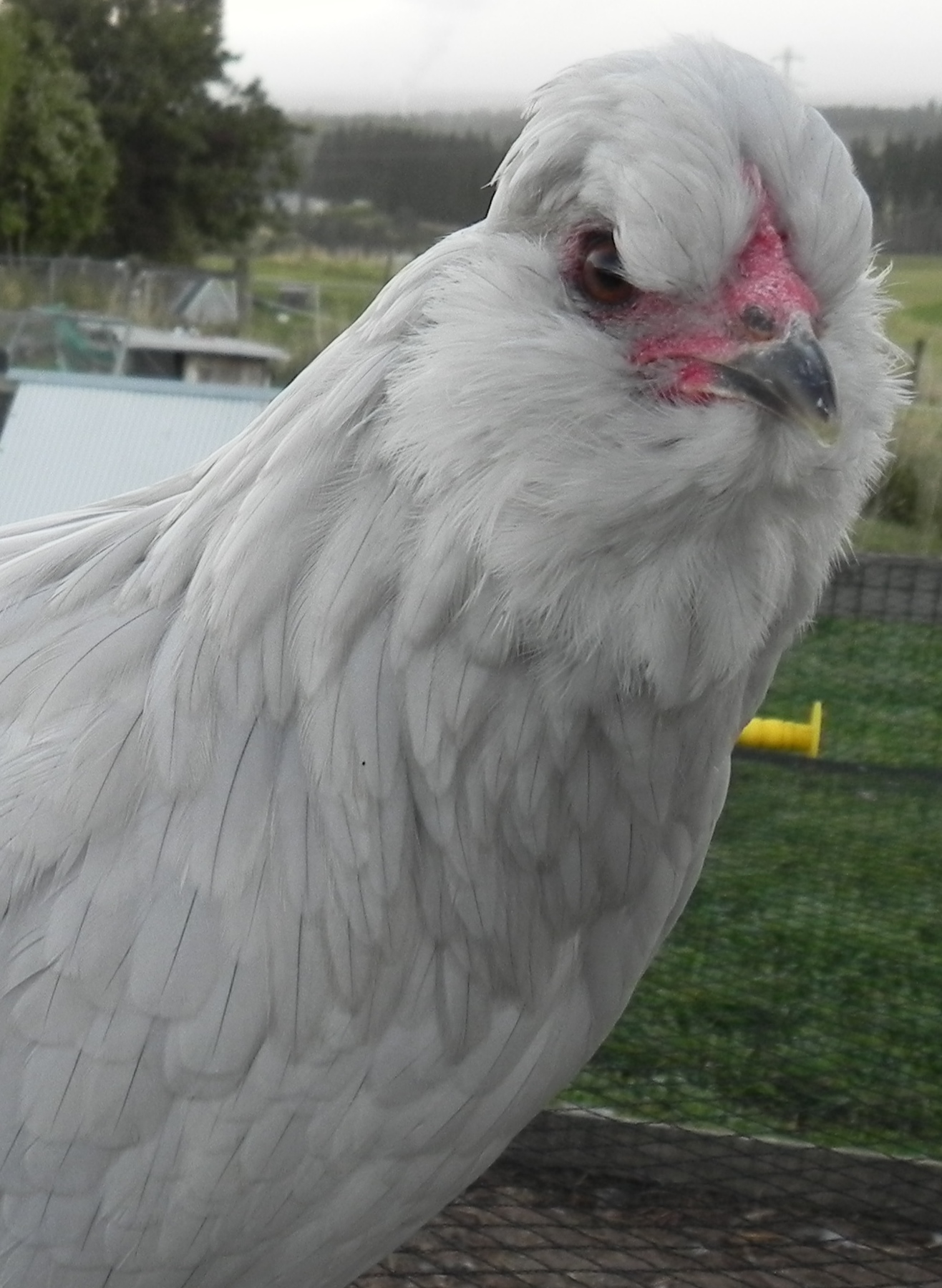 My daughter has a Serama pullet that started crowing before she started laying. She has since gotten over both the crowing and the not laying, so she's definitely a 'she'. She also isn't the only crowing hen we've had; I'm beginning to think they aren't all that rare (or else we've got a particularly butch line of Seramas).
N

MrDeMaistre said:
Your she is a he, methinks, or maybe just into some kind of New Age gender-fluid thing. You might want to monitor his/her websurfing.
Click to expand...

She may be exploring gender fluidity -- who knew chickens were into such thing? -- but I assure you, she is a she. It does strike me that in the world of chickens, males masquerading as females might increase their life expectancy, but the reverse is rarely true. Methinks Bluebell might need to rethink her strategy.
N

As promised, here are pictures. The first two are my crowing pullet Bluebell. The third picture, just for comparison, is her full brother, who is the exact same age, the same colour (blue-based lavender) and clearly a cockerel. I don't have the patience to get a picture of her in the act of crowing -- she doesn't do it as much as a cockerel does. But you can see she is clearly a female! 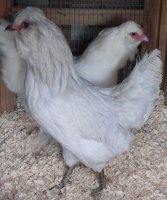 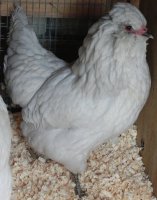 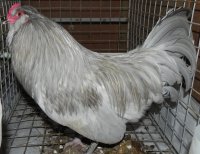 Hen crowing - does it get louder and more like rooster crows?

C
Why has my 4 month old Rooster not crowed yet