New to Chickens - A Flock of Roosters!

Hello!! I'm Angela and Covid gave me chickens. I wanted them originally for egg supply, not eating but when I saw they were sold out I became determined, calling the local hatcheries and Tractor Supply daily. They came in, I ran to get them.

We have 17! Since I got what I could we had to go straight run so I figured it was a gamble and I could give roosters away or eat them? OMG...

My daughter named them all:
Australorp - Chocolate Chalky, Angel Bally, Luca Skye
Easter Eggers - Squirrel, Chipmunk, Cinnamon, Sugar Pearl, Pepper (the only easter hen looks like)
Silkies (all white) - Llama, Herman, Henrietta, Georgie
Buffington - Chicken
Two twins I have no idea what they are - Penne and Buttercup - Penne has now been renamed to Squeaky since he revealed himself as a rooster, sounds just like a dog toy
Bantums - Rocker, Luna Lulu Liu

Chipmunk in the foreground, Cinnamon on the rock 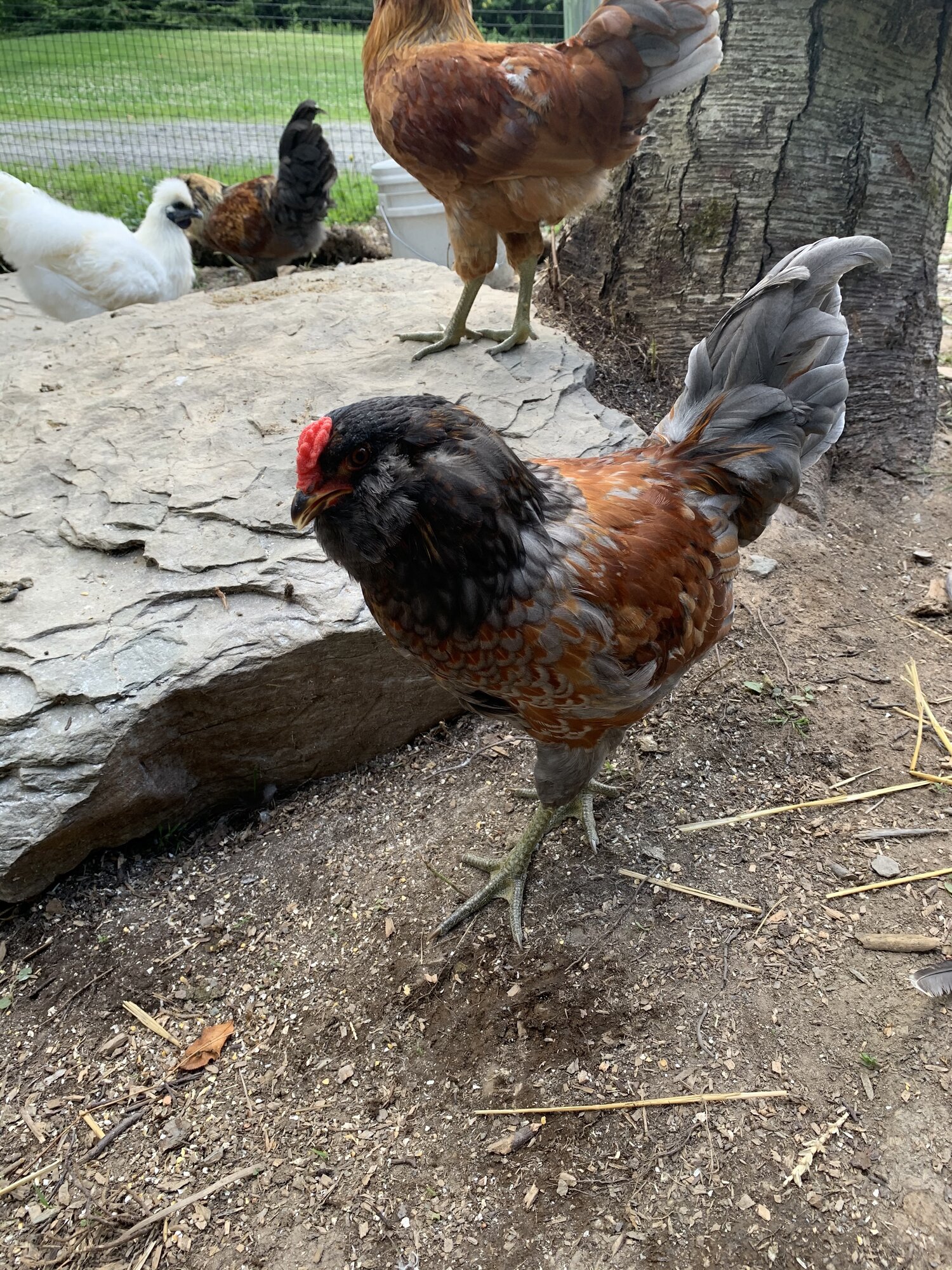 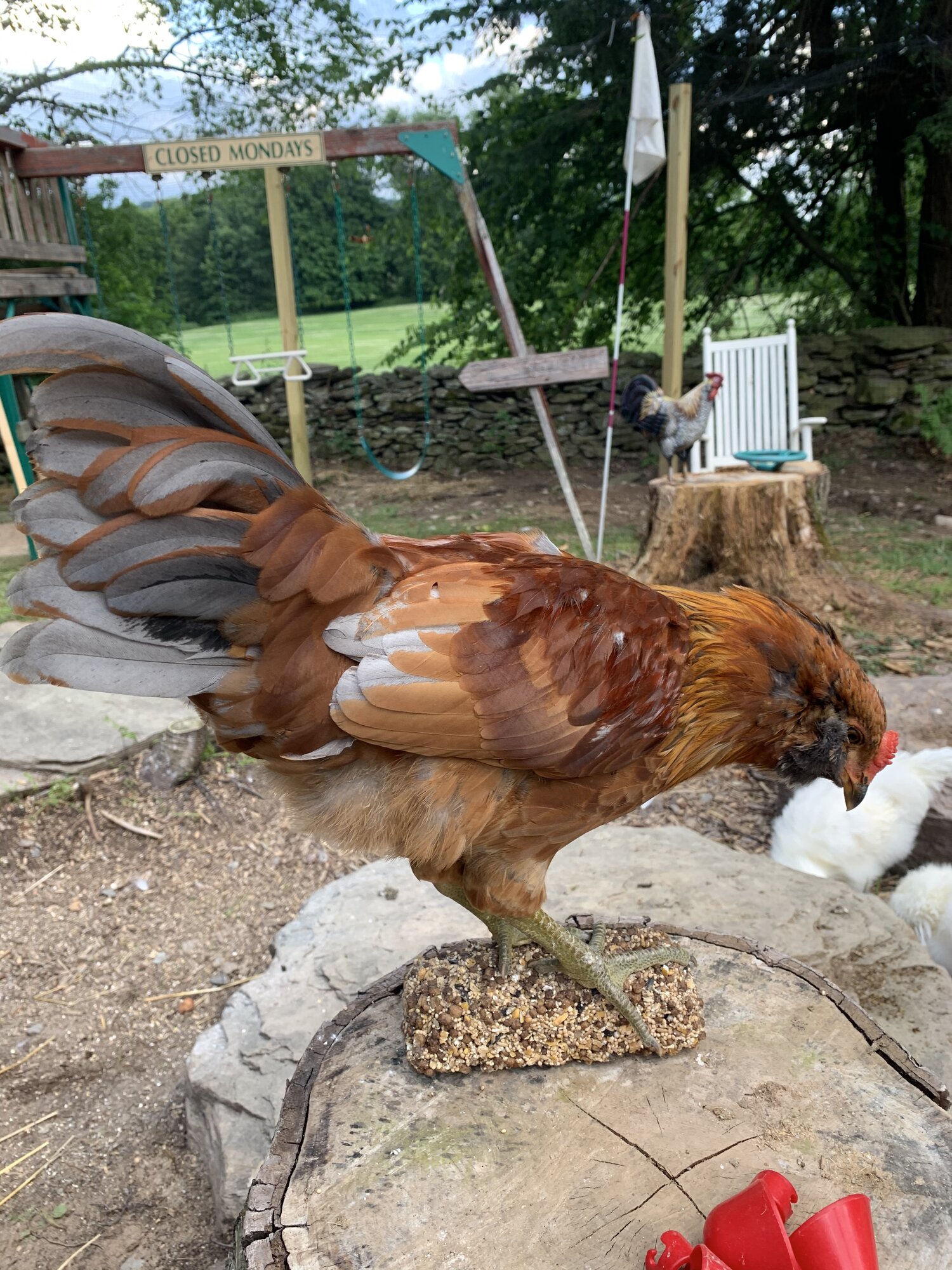 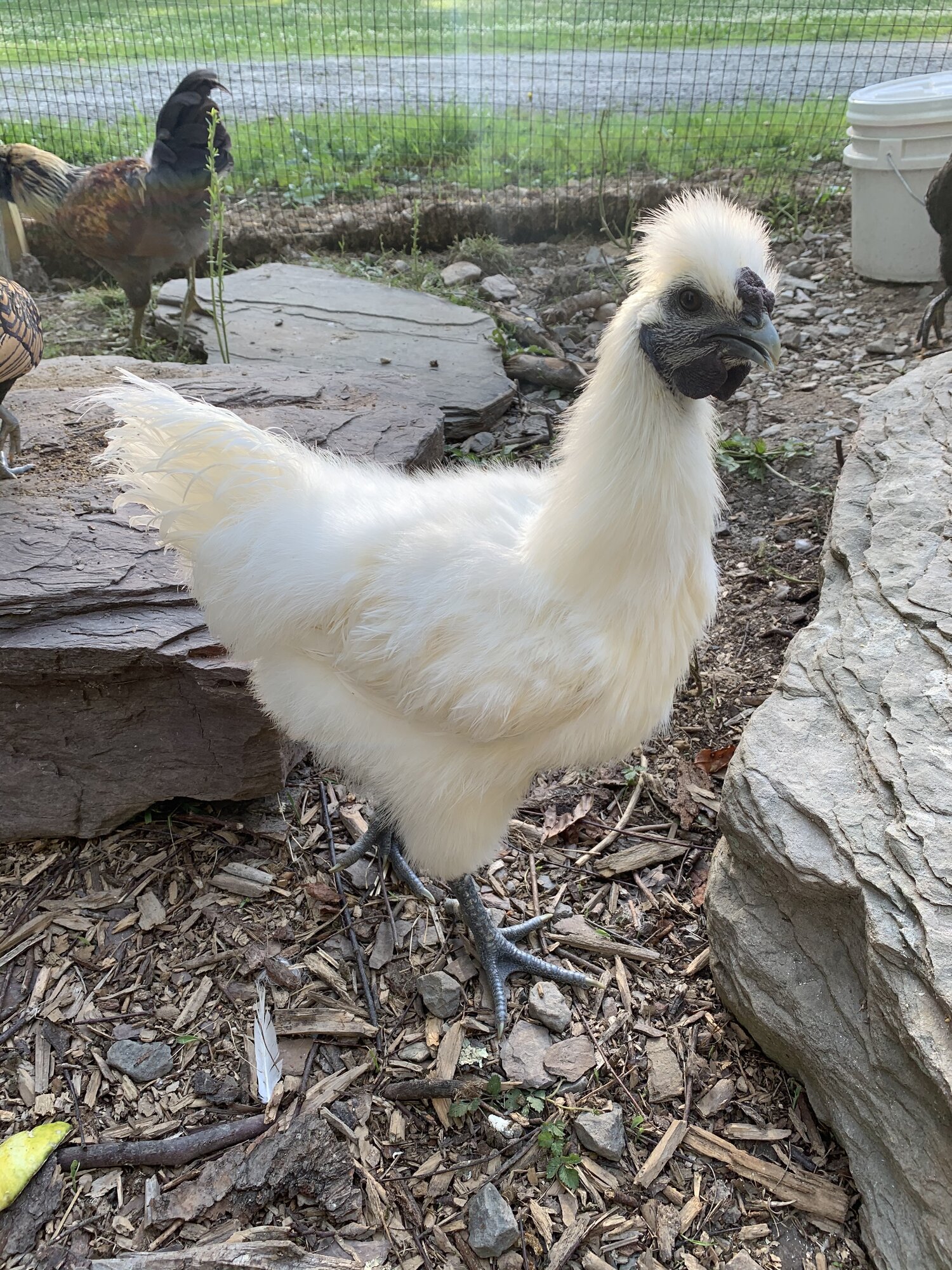 I took the leap BEFORE we had a chicken coop. I had a bucket in the basement that slowly expanded to a whole farm and bye bye basement. I had the brilliant idea to turn my neighbor's kid playhouse into a coop that my daughter and I could manage. But it rained every single day and when I kept asking way too many construction questions grandpa huffed and said he'd just build me one, what kind of style did I want?

This was brilliant because it kept our folks occupied during covid. Grandpa painted. Grandpa built. Daddy working on the fence posts with me while my daugther and I cared for the baby chicks in the basement - daddy says we can never do that again!

So I went from a makeshift-wanna-be country playhouse to a Ralph Lauren coop with solar power that has the first playhouse in the chicken yard as the chicken's playhouse! I'm going to start a whole page for this awesome coop that grandpa built. The COVID COOP! 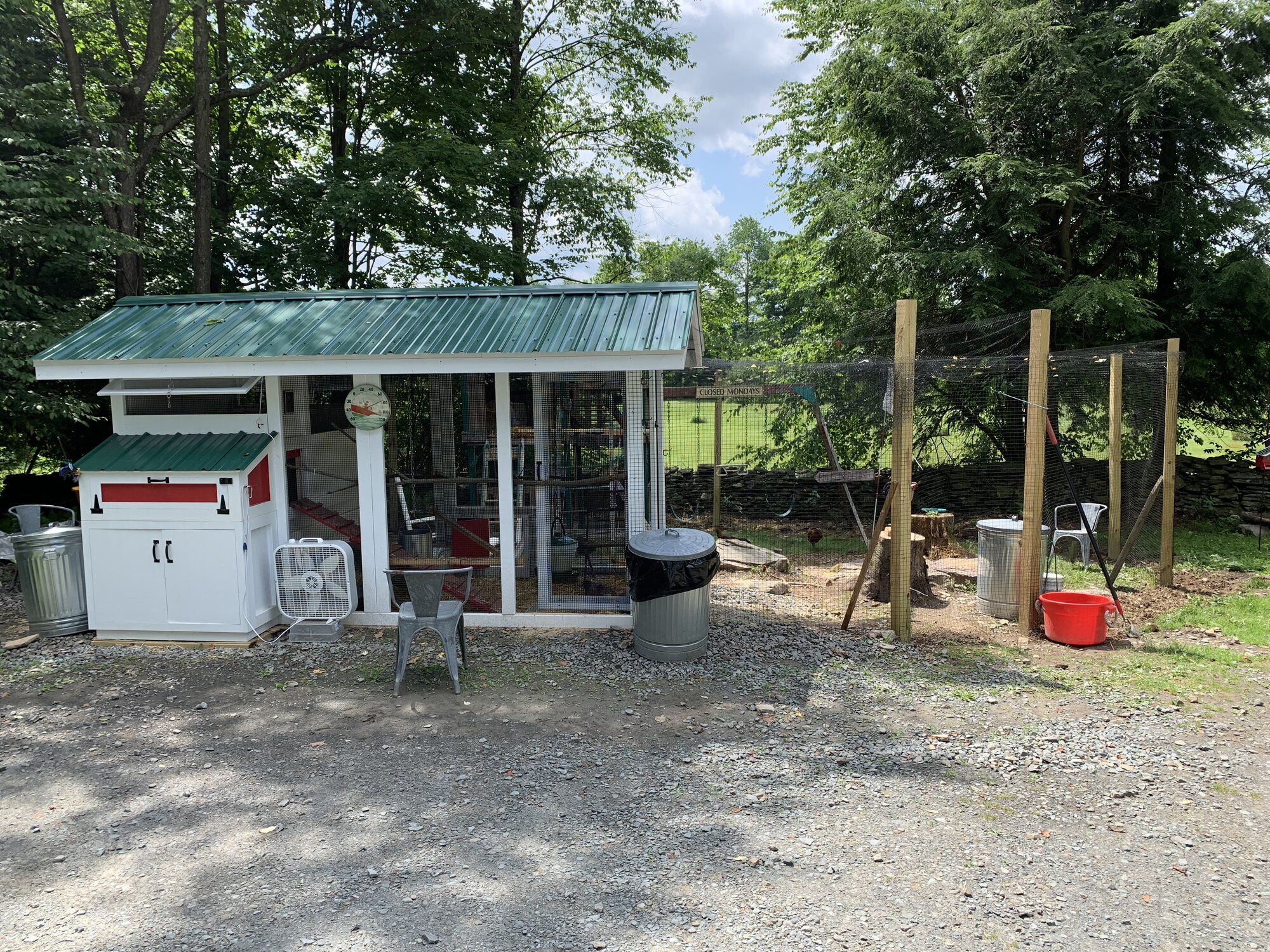 Then SURPRISE! Roosters started revealing themselves. So far we have 6 roosters out of 17 and I suspect 3 more..


I LOVE these birds (although HAVE to rehome some roosters, omg help me) They have become my surprise therapy chickens.

I am a filmmaker and public speaker ( https://angelashelton.com ) Yes, I'm THAT Angela if you've seen my documentary, Searching for Angela Shelton.

I've been reading BYC since I began, but my chicken mentor told me to start a profile! So here I am.

AND I just finished reading HOW TO SPEAK CHICKEN so buh-dup!

Next is OMG RE-HOME THESE ROOSTERS!

I haven’t read your link yet, but WELCOME! Welcome to BYC. You already know you’ll love it here.

Unfortunately, I’m going to suspect that the majority of your chicks will be males. I think that’s the law of nature when buying straight run from TSC.

Selling a bunch of cockerels is not an easy task. My advice would be to slaughter some or all but your favorite (if you aren’t completely opposed to that) for your freezer and purchase more “sexed” pullets later. If you are okay with mixed breed chickens, you could hatch some of your own. There’s where the terrible addiction will set in.

Your coop is beautiful and I look forward to seeing your thread on it. You are very lucky to have had your dad and granddad help. Cherish those moments forever.

Hello, Angela, and welcome to BYC!

Good morning, and welcome to BYC.

Addicted for sure and I already want pullets.

I said I wouldn't kill the roosters but I've switched that tune after one went after my favorite hen. Even my daughter said, "I'll kill you if you hurt her!" omg...

Now ah... how do you kill a rooster? OMG I asked that?! Off to find threads. I have some really good ones though, that are cuddly (for now!) That silkie rooster is by far the smartest one but he can't stay. He should go somewhere other than a pot.

I have my favorite rooster - Squirrel - since he was a chick and I KNEW he'd become a problem. I knew it. I have chick videos to prove it! Little ****er. But he's also totally my therapy chicken. Now can I cut his balls off? OMG I just asked that!!

I have one (Chipmunk) in the dog house, quite literally right now. Little asshole.

And so the story will continue. A bunch of cockerels, go ahead, say it and get it out of your system, cock-er-els, will give you nothing but headaches, especially if housed with your females. They will turn into rogue, gang rapists. Trust me...been there!

A male chicken can be caponized (testicles removed), but I don’t recommend that. They’re better cooked in a crock pot.

As far as slaughtering, I found this video and found it to be reassuring.

Oh, and BTW, your story is very interesting.

Welcome to BYC!! Lovely chickens I love the colours

You have beautiful chickens! Thanks for sharing the pictures!

Hello, and Welcome to BackYard Chickens!

So glad you decided to join!

Make yourself at home here.