I also have a questionn of my rooster Mayhem he seems to be attacking me, I am not doing anything of unusaulty I was sitting a hen and we were there a few mintues 5 maybe they all of a sudden he attacked me I chased him around a caught him I held him for a good 15 minutes and he was not able to move ) no meanees here now I pet him as I held him) then I let him get back to the pen. He has did this a numerous of times and I wonder if you have anything I should do. I threw the metal bucket at him ( not to hit him or near hit but enough to scare him) I held him down held him on his back Held him infront of his ladys but nothing works it is to cold to spray water on him so any ideas I have told my husband one more time and he is going to be in the cook pot.

Anyone have any ideas??

Can't answer your question but congrats on the egg 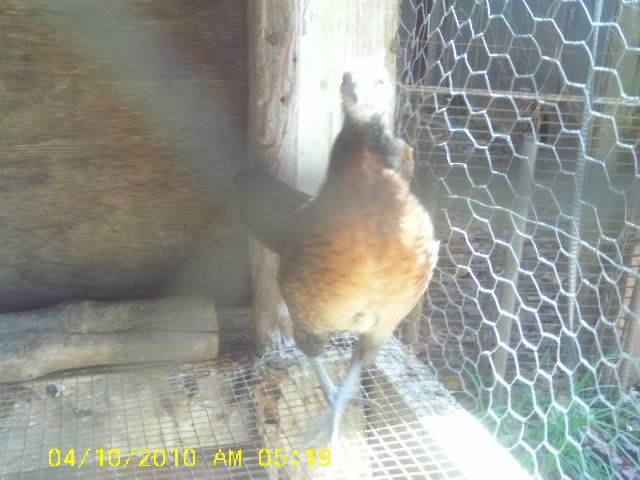 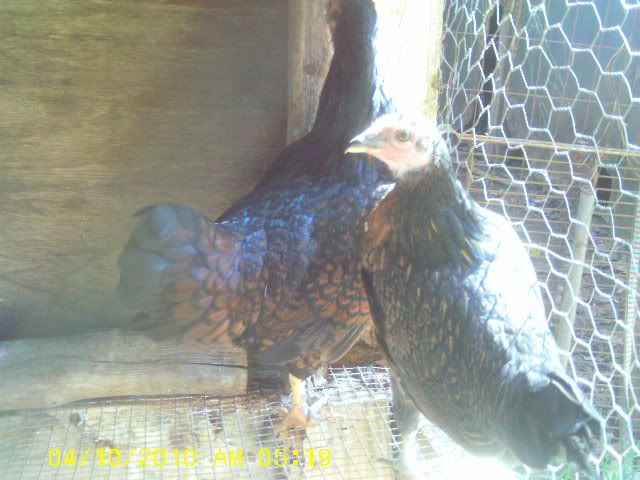 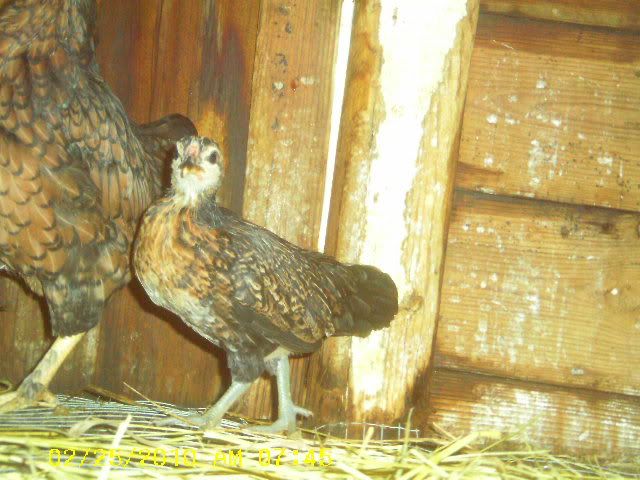 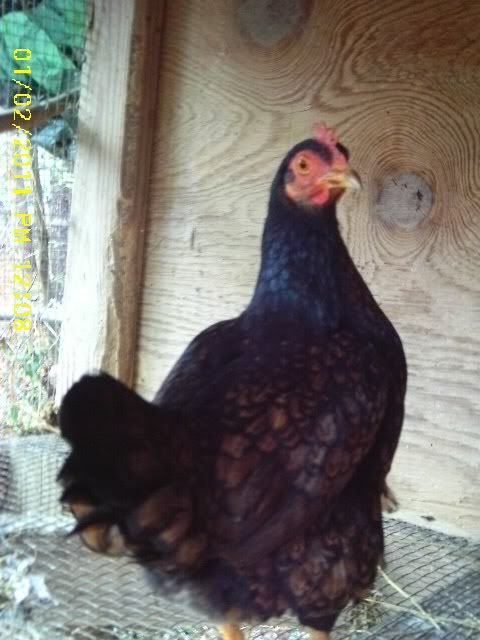 The baby I don't have a name for she has a rose comb like her daddy I thought Rosie would be a good name what do any of you think is this a good name for her?

why can't I post pictures I could be for

It's hard to answer. Perhaps he does not like certain shoes or pants you wear? I personally have not seen that but others on this forum have reported roosters attacking certain footwear or attacking them when they wear certain colors, like red.

here are the pictures

A
My rooster keeps attacking me
4 5 6

Could cbd stop roosters from crowing?

A
My chicken is biting me!