I am so impatient.

At least one internal pip at day 20 (which told me off for checking XD) Occasional wiggling or my eyes playing tricks on me. It's so hard to tell.

Sooo ready for some pips.

So we've got 1 hatched out no issue and another 3 pips.

Another, I've had to provide some assistance. It pipped yesterday and was leaking albumen, so made sure it could breathe... When the other one hatched this morning, it got excited and started trying to zip, but wasn't getting anywhere, so I pulled it for an assist. Poor lil thing was feet over head with the wing tucked under. Maybe deformed? One shoulder seems quite bulbous. :/

There was a bit if bleeding at the navel, which I've applied bentonite clay and stopped. Baby is feeling sticky, but not going to bathe them until I'm sure that navel has had time to seal up. Poor thing. Worried about that lumpy shoulder. Hopefully it'll be okay. It's back in the incubator, while the other chick has been moved to the brooder and us almost fluffed up.

I'm so confused. First chick from my green egger rooster hatched and it looks to be a single copy of dominant white??. 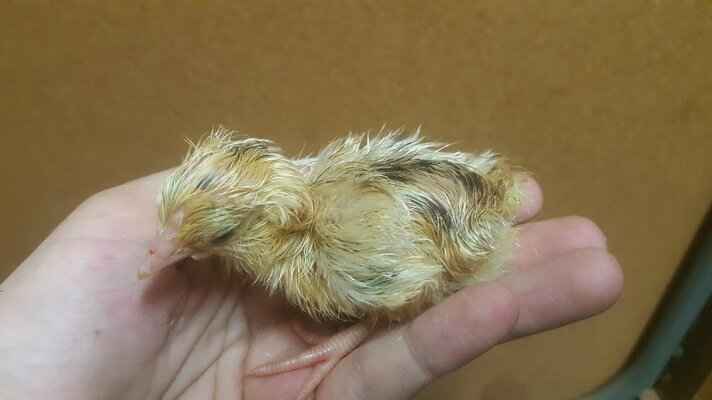 Mum is a blue OE and this is dad 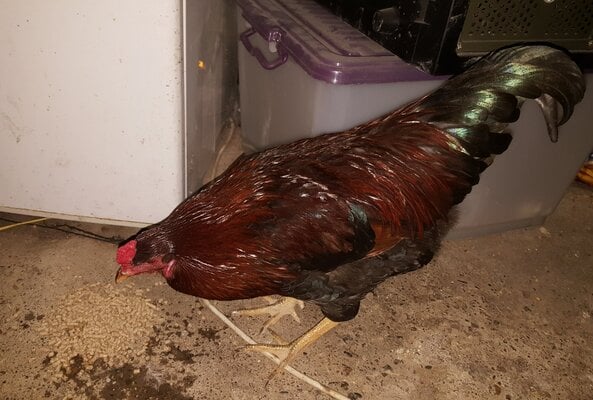 Interesting... I'm going to have to google the white genes but your chicks the same colour as my mystery orpington

I made an oopsie and this is actually mum. But my brain still hurts trying to work out how lol. 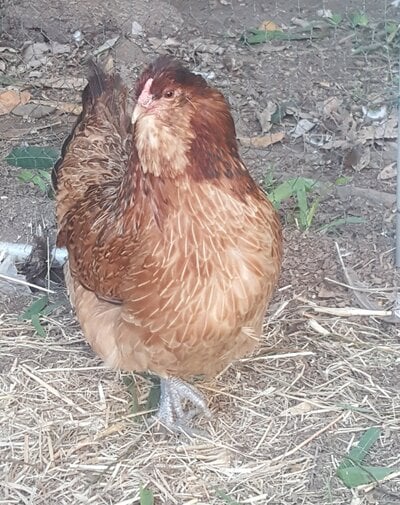 The hatch is done!

Had a lot of losses though - 5 that never internally pipped. They were on the outer sides of the incubator and all had odd shapes/sizes, so not sure what happened there.

Our first pip was malposition and sticky, had to intervene and it first looked to have heaps of issues, but is now perfectly happy. There was a second assist, which is also abut sticky, but also doing well.

The only chick that's struggling is a self-hatch that has a scabby navel. It had some spotting blood at hatch and is a very tired chick. Someone either pecked it or it has a minor eyelid deformity (I don't recall it opening that eye after birth at any point) it can open it and has done so on occasion today, but it pulls up at an odd angle and seems weepy - no blood etc and eye looks intact. Either way, I have not seen it eating or drinking on it's own, though I have shown it the waterer multiple times and gave it a bit if polyaid yesterday. Not sure if it will make it. Seems to have moments of clarity, but nothing like the other chicks. Navel doesn't look infected, but has that obvious scab to it.

I did give pop on a little betadine on day 1. Has more energy today, but nowhere near the level of it's hatchmates.

Anybody else done BBS chicks before? All mine have come out quite dark, black with maybe a bit of grey in their down and white or whitish-yellow bellies. The breeder has very dark blues (they called them super blues), so thinking two maybe be blues and a black, but noticed on one, it has white feather shafts on the wing tips - do darker-downed chicks ever turn out splash, or will they eventually grow out of it in subsequent molts?

7 total made it to the brooder - 4 golden campine (who are feathering in stupidly fast) and 3 Orpington.

Wolf hatch is in lockdown. One pip, wrong end

checking dates and turns out my single chick was out on day 19, new chick hatched day 19 as well with it's half sibling due tomorrow (day 21). I have been using a different larger incubator so I think I have some hot spots I need to look into.
5 more eggs due in a few days.