So I'm pretending to be working and typing away at the computer makes the powers at be think I'm actually accomplishing something. Who else is feigning productivity at work today?

To People Who are Interested in Having Fun With Us:

We are people who are grumpy, witty and on BYC as much as our employers / lives will permit us.
On any given day, some of us can be on the thread, while others of us are hacking out spreadsheets, insurance inspection reports, child puke, or spreading state-mandated forest fires, so every day here is different.

So, whatever day you can be on here, stay as long as you can, jab as many fellow-sufferers as you can, and enjoy! I know I do!


Here are the phrase definitions for basic office work (courtesy of NellaBeans, cheery soul that she is)

Thank you - I hate you
I'll get right on that - you'll have it next week
No problem - I hate you
I'll add it to the pile - you are approximately 300th in line
Revisions are no problem - your price just went up 20%
I'll call you back as soon as I have an answer - don't hold your breath
It shouldn't be too long - it'll be 3-4 hours at least
Have a nice day - die in a fire, slowly

as in many in her belfry) Horse and tack expert. Also an expert on surviving a large truck rollover with only Frankenstein-like scars to show for it. Wishing for a large piece of farmland with a lovely house in which to while away her many leisure hours.


SouthernBelle (aka Belle): the sweetest, most gentle nicest person on here. She remembers stuff about people and asks them about things six years later. Just had her 4th chick (I mean child) in December 2010. Her DH is a talented engineer but has yet to gain coping ability with household mechanisms such as dishes and cupboard doors.

Dacjohns (aka Dacs, Daccers): Is a nice enough guy, but lordy can the man talk! All day long, it's just yack yack yack. He fills up whole pages with his endlessly blathering posts. Other thread members are organizing a petition so that Nifty will re-direct all Dacs' posts to the popular "Morman Wildlife Biologist" thread...

Wegotchickens (aka Wegot, Lori): Is a drummer/drummist/percussionist in her community band. Loves her daughter very much. Is not, I repeat, NOT a hoarder - she is a "collector". Also known as Saucy Britches and everybody's bestest friend, she is curiously obsessed with the Duckle brand of chicken...


Laree (aka Larry): For photo, please scroll down to Post # 8, no not the Holstein one, scroll further!. Highly compensated (cough cough) genius with numbers, accounting, speadsheets and computer programs thereof. Loves numbers but loves her children even more. Is a shameless blogger on www.henway.com
Life mission: perfecting the stinkeye.

AKMichelle (aka Vixen, Michelle): Alaskan babe, engaged to Alaskan hunk. Has three gorgeous teen type kids. Moved into giant house with air traffic control tower and hot tub with aforementioned Alaskan hunk and has invited all of us to the wedding - suggested dress: leopard print!

Orchid (aka Orchy, Orchs, Orchidpants): Lives in godforsaken northern Minnesota and comforts herself by being outrageously tall, long-legged, attractive and athletic. Has little children, a disgustingly perfect husband (except that he likes his wife to undergo personal torture for his sake), and a very good sense of humor about HVAC repairmen. Has very big toes and is color blind [which explains some of her office outfits...]

Buff Hooligans (aka Buffs, Buffy): Is much more perfect, yet humble, than any other person on this thread. Works several different part-time jobs because no one employer wants to have her around any more than necessary.

Maple (aka Mapes, G, Gretchen): Caution: she has a bad heart and little kids, so ALWAYS be nice to her. She could explode any second. And has, on occasion. Sadly lacking the "Shift" key on her computer keyboard...

KSacres (aka Kelli): Goat lover, but currently goatless and chickenless. Is loving life as an unemployed gringa in Texas while her DH is serving our country. Has a bad eyeliner habit which she is trying to spread to the rest of us.

IBDPoo, IBPoo, IDBPoo, ibepoo... whatever: Never could figure out her name. But she's nice, has ponies, goes to school, has grown kids, and is cheerful even though she has to get up extremely early in the morning.

JBowyer01 (aka Bowwow) Works in a female parts office, bless her soul. Is nicely cynical and smart-mouthed. Has great potential on this thread.

Chicken Algebra Works for the State, she ain't sayin' which. Nickname is Algae, at least until she can pay one of us off enough to change it. Waits for the thread to start going downhill and then gives it a hard shove. Is single-handedly saving her town from underpopulation. Well, not exactly singlehandedly...

MSDebs Has vision problems (thinks hubby is still handsome even after a billion years together...) and a bad gallbladder. Is addicted to Black Copper Marans(s)ss.

llllaaaadyel (aka Elke or Elkepants) Is a private accountant, is grumpy and in need of naps on a regular basis. She fits right in here.
Last edited: Apr 6, 2011 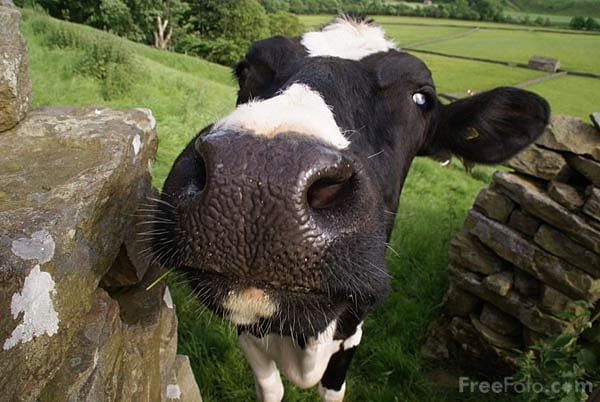 Quote:
Sparks, we'd appreciate it if you refrained from making the rest of us look bad.

This is one of my bosses:

This is how I feel, all day, everyday. Except I get 2 screens and one extra small cubie.

You can have a tab set for something "work-ish" for an easy click over when you hear the boss sneaking up on your cubie....

Two screens means they can sqeeze twice the work out of you for half the pay.