muddy75 said:
So this is the true spreadsheet master?????? Do you have a whole litter of minions entering data?????

LizzzyJo said:
1. I have many hobbies, but one of my favorites is rabbit breeding. I breed pedigreed Holland Lops for show and pets. I have lived a life filled with rabbits and litters, but I am by no means an expert. I do try to be as educated as possible, however - and I have my rabbit vet on speed dial for back-up.

Why I love it: I love that I get to help the children of my community learn to care for animals both for 4H and as pets. The children are the future of loving animal husbandry

I also LOVE having my little rabbits and watching them grow.

When: I breed doe(s) about 2-3 times a year and have 2-4 adults at any given time. My main buck, Radish, is my scrumptious little pet and I will never sell him. I do not practice intensive breeding.

They are so beautiful! It’s hard to see the bottom picture without being there and able to stick your hand in the bucket to pet the adorable bunnies!

I really like to draw. I have been drawing my whole life, but I only got serious about 5 years ago. I even took a drawing course at my college.
I recently started getting into ink drawings as well, and realized that I actually really enjoy that.
Here are a couple of my most recent drawings.

Zen Wildlife Rescuer said:
I thought this might be fun to share! My “hobby” is more like a lifestyle lol. I have been doing wildlife rescue for 8+ years here in South Africa. I love that I never know what bird or animal will end up with me to recover before being rehabilitated and sent out. I also love the amazing people who share my passion that I get to meet all over the world. Here are just a few of the many, many animals that have come through our doors:
Click to expand...

That is awesome, I’m glad your helping them! Years ago I helped someone doing this and it’s such hard and heartbreaking work at times. So rewarding though when they thrive.

Naisha said:
My hobby is playing the harp, I’ve always wanted to play the harp, I remember being 6 years old and asking my parents if I could play the harp. There weren’t teachers available where I lived, and there wasn’t too many information so I couldn’t learn back then. So I started playing when the pandemic and lockdown started, at the age of 31. I wish I had more time to practice. I encourage everyone that wants to start playing the harp or any other instrument, it’s awesome and never too late, do it!!

"A young girl sat shivering under a huge eucalyptus. Rain was thundering down, hitting her skin at alarming speed, but the girl didn't seem to notice. Wind lashed her hair, twisting it and pulling it around her face. She absentmindedly pushed it out of the way."

The biggest story that I have written is 96 pages long. I am going to self publish it on Amazon once it is completed, which is soon.
The whole reason that it started was because I went to school. I'm home schooled. I don't go to 'school' everyday.
But one day last year, I decided to. Only for a term. So off I went. I was made to write a story. That was something the whole grade was doing. So I started to write. The first thing we had to write was just a short page long story. Then we had to write a story for the rest of the term. My first draft was 6 pages long, no paragraphs. During the time I went to school I only learnt 2 things: #1. Triangles, and what makes an isosolies triangle or however you spell it. The second thing I learnt was that I didn't like the teacher 'marking' my story. She went along and scribbled whole lines out. I didn't like it. Why would she do that? It is my story. Those lines need to be there, without them it doesn't make sense. So when we had to type the stories up I just typed in the bits she had scribbled out. She never noticed, or she didn't care.
Anyway, my story is too long to write it all here, so I'll just write the prologue. It also doesn't have a name... I'll just write something as the name.


A caramel rabbit sat on top of a rock that overhung a blue and black swirling river. She sobbed. “ Margret! Margret! Margret!” Why am I sitting on a rock watching a flood? she thought bitterly, that old elder’s tale is probably fake.

Summer Fluffle’s Elders told tales of the stream’s powers during a flash flood. The rabbit hoped that if she sat here long enough calling her friend’s name, she would see what Margret was doing.

“Please Margret?” Her friend had been missing for eight months, and the rabbit was missing her terribly.

“Cleo! Cleo! Cleo!” At first the rabbit thought it was her friend calling her through the ‘magic flash flood’, but it wasn’t.

“There you are!” A voice behind her said. The voice was familiar, squeaky and a slightly snobbish.

The Cleo started to turn when she felt large, soft paws on her back. The big, fluffy paws stopped her; she couldn’t see who the paws belonged to. “Hmm, I see you’re not as strong as they all say!” The voice sounded triumphant. “Before you die, I want to you know something. Do you want to know?” The rabbit behind her paused then continued, not waiting for a response. “Did you know that you were adopted?”

“Oh yes! You’re real parents got rid of you!” The voice was jubilant. “Ha! Your real parents didn’t want you, Cleopatra. Good bye!” The mysterious rabbit pushed her into the churning water with an evil laugh.

“Helwww…” Cold, water filled her mouth and she struggled to breath. She kicked her paws desperately but her heavy, wet fur dragged her down, down to the soft sand under the water, to the bottom of the swollen river. It swirled her around and around, draging her this way and that. It pulled her up to the surface, giving her a last breath.

As she was hauled down again, she heard the voice laugh…

The cold water was chilling her bones, making her too tired to kick, or struggle.

As a comforting darkness came over her head she had one last coherent thought. Why did that rabbit call me, ‘Your Majesty?’
Click to expand...

Great so far! I am intrigued by what you wrote and that’s saying something. I am so ADHD it’s not often I am lol. Best wishes to you on writing and don’t give up. Please keep us posted.

JaeG said:
My hobby is breeding cockatiels. I hand raise most of the babies, but I try and leave a chick in each nest for the parents to raise to weaning especially if it is one I want to keep to breed from. They are adorable birds and we just love them, and it's rewarding to find them loving homes. This is my second season raising my own - before that I helped out a breeder, taking his not so beautiful babies to raise as pets.

Our kids each have their own special pet boy too, Sprout and Lemmy. Lemmy is the sweetest bird ever and is devoted to our son. Sprout thinks he is the most important bird in all the world and gets annoyed if we are giving other birds attention. He's also not afraid to march up to the cats and start chewing on their ears! He's a little brat but we absolutely adore him. 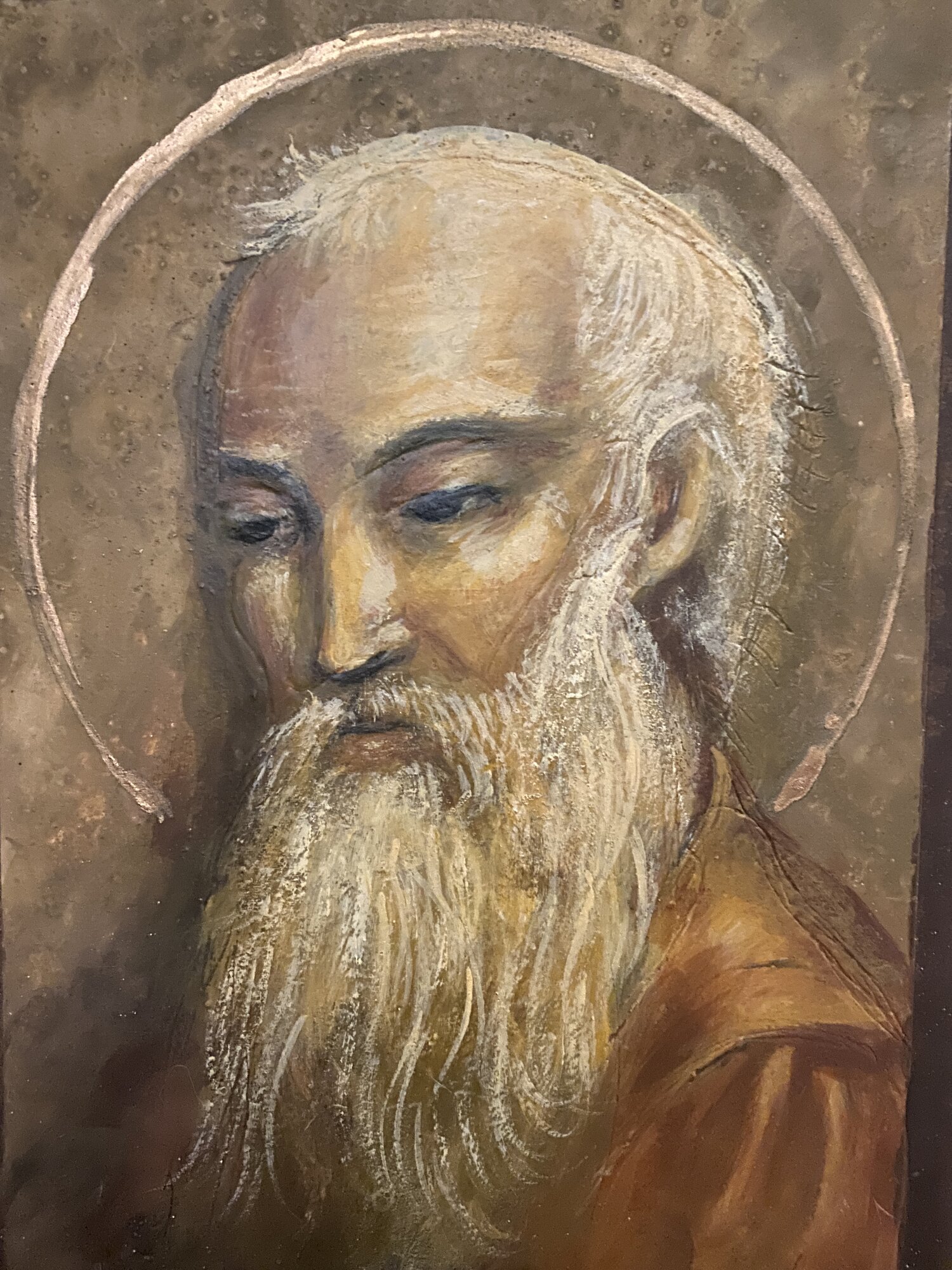 I am learning how to paint (write) icons with tempera. I love painting because it is a creative outlet and relaxing. At one time was doing digital painting professionally. I switched to this medium because I enjoy mixing the tempera paint (with my own chicken eggs)

. Also cutting the board, prepping them and painting beautiful subjects. It feeds the soul. I look forward to these quite winter months to work on them more. This is my first complete painting of St. John.

Chickeeaholic said:
View attachment 2912003 I am learning how to paint (write) icons with tempera. I love painting because it is a creative outlet and relaxing. At one time was doing digital painting professionally. I switched to this medium because I enjoy mixing the tempera paint (with my own chicken eggs)

. Also cutting the board, prepping them and painting beautiful subjects. It feeds the soul. I look forward to these quite winter months to work on them more. This is my first complete painting of St. John.
Click to expand...

Oh wow it looks awesome!! I also do digital paint professionally and I’m so used to the “delete” button and layers that I wouldn’t even know where to start on a real canvas! Tradicional art is not forgiving haha 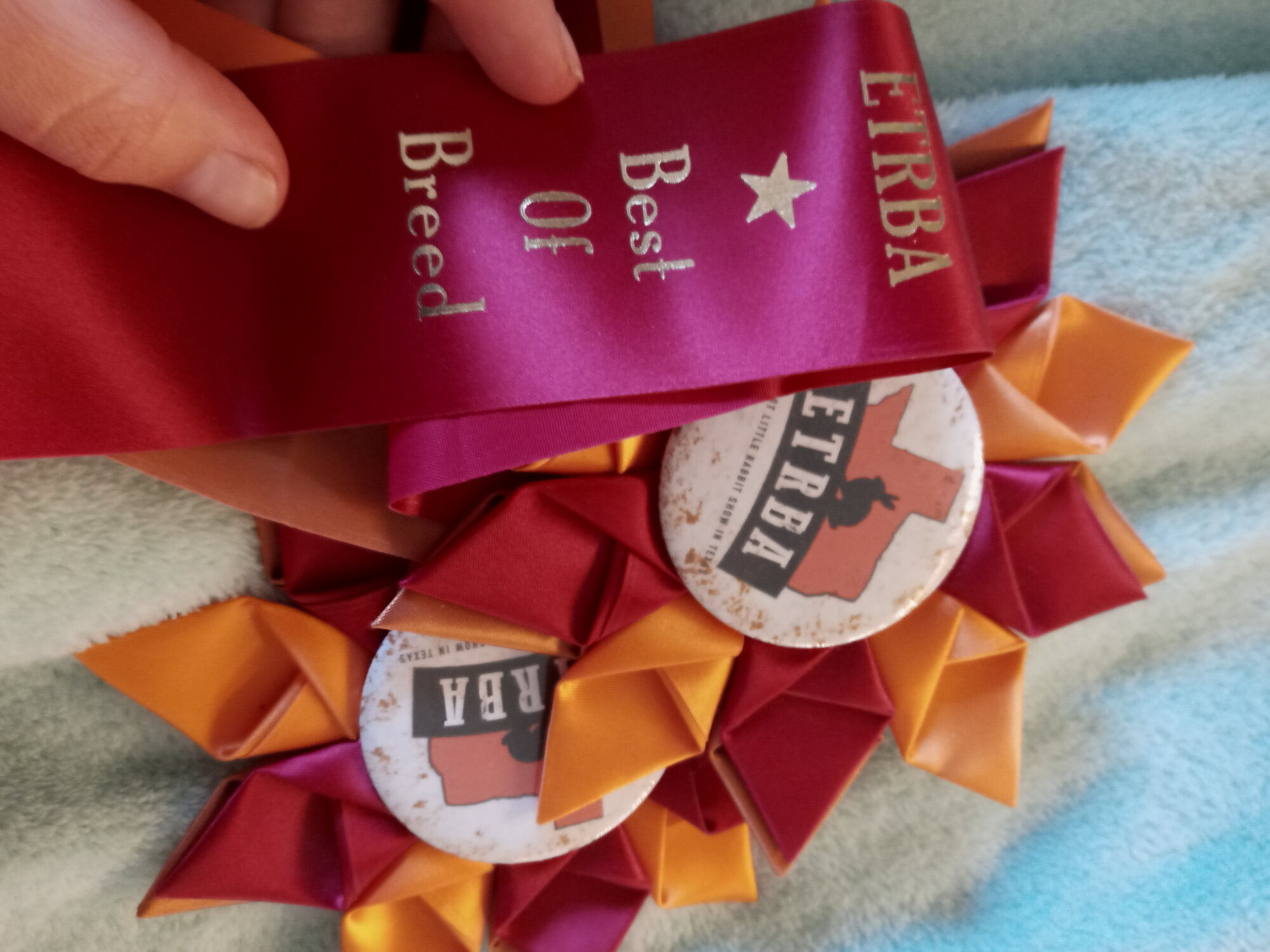 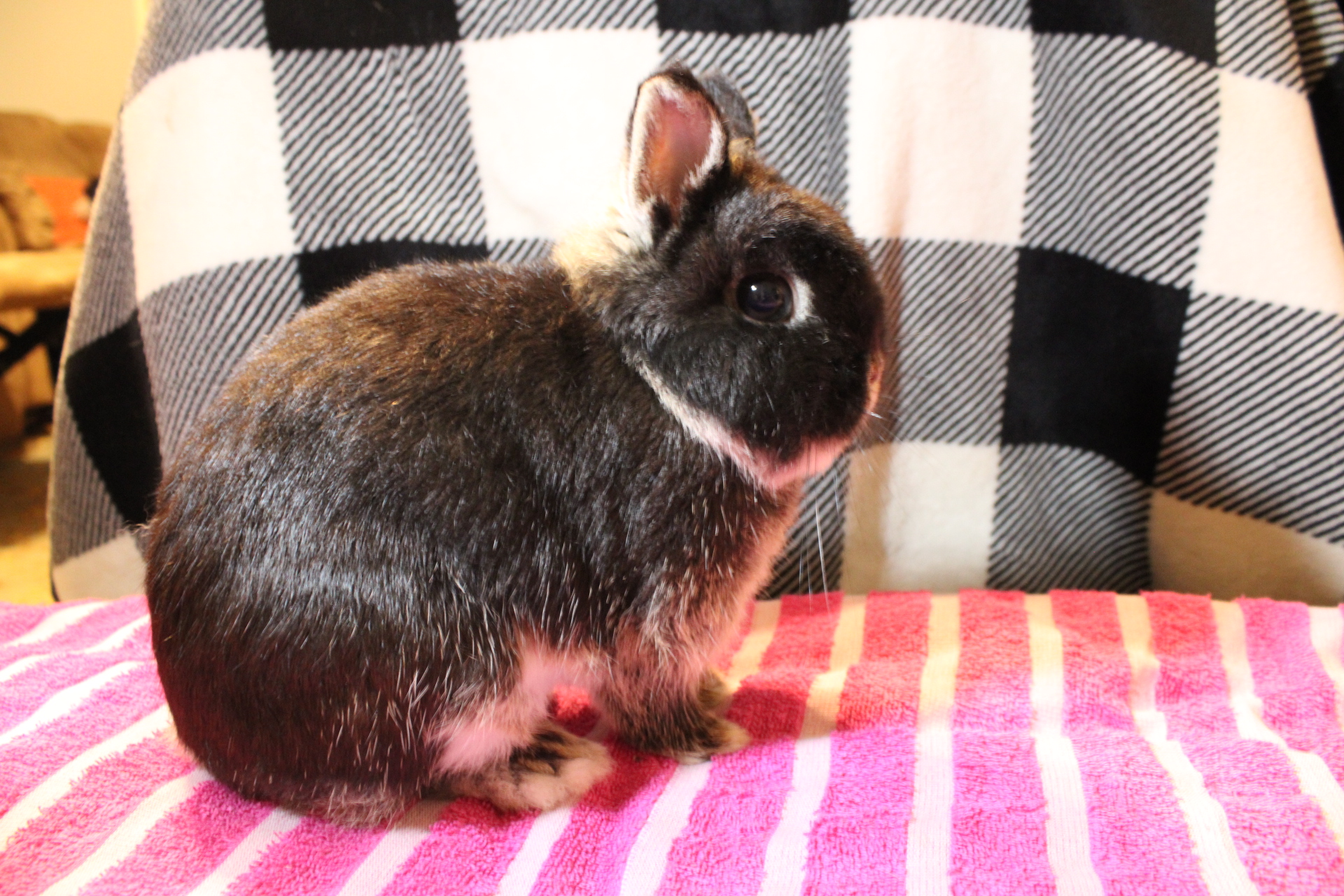 Rabbit breeding and showing!
It's been my favorite hobby for over 6 years. I raise four different breeds, my favorite is the Netherlands Dwarf, an extremely sweet and easy to handle breed.
I have put lots of time and money into this hobby, I probably put more in than I get out, but it's so worth it. These rabbits are such a joy, I love each and every one of them.