I thought that there must be many of us who have old dogs and might like a little support from a thread dedicated to our old friends and our attempts to help them age gracefully. It can be a lot of work to care for an old dog and watching them age can be difficult too.

Hopefully this thread can provide a place to show off the good old dogs and share experiences, resources and knowledge.

Here is my girl: Echo, 15 year old german shepherd /lab mix and my best pal! She gets around pretty well, though her back legs are getting weak. I basically carry her up the stairs at night but she comes down on her own. She is mostly deaf (I'm so glad I trained her for hand signals way back when). Sometimes she gets confused and disoriented and just needs comforting.

Last night she kept me up until 2 am, she had to go outside twice. Just like having a puppy...

Echo among her bluebells This picture was taken a year ago

I will attempt to update this thread with the new things Echo and I learn as we navigate the world of extreme canine geriatrics. Hopefully others will do the same and we can learn many things to our dogs, and our own benefit. Let's meet some old dogs!
Last edited: Jun 2, 2011

I shall joined because manily my GS is getting old and i'll post pictures of him later (hehehe...time for revenes for him useing my room as his peson bathroom)

Can I join though my old dog has passed on? He lived to be 19 years and 4 months old

19! Wow. What kind of dog was he? Was he oriented and getting around on his own until the end? Having Echo around for another 4 years would be a dream come true. She is currently still asleep (she regularly sleeps in until 11) and we had no accidents last night!

When I built my house, I designed my sunroom with my dogs in mind. It will have vinyl floors so when they get old, they will have a large safe and comfortable indoor place to live where no one will get upset with them for losing bladder control. They aren't old yet (10 and 7 year old long coated chihuahuas and a 6 year old put bull), but I know they will be some day and I intend to be ready.

That's awesome, what a great way to think ahead by designing the sunroom around your dog's eventual needs. I came upon this book "Good Old Dog" written by a the faculty at Tufts veterinary school. I am going to pick up a copy. When I think back now about getting Echo, I realize I had absolutely no foresight whatsoever about her old age. I was just graduated from college and not thinking on those lines at all. Now though, I am always thinking about how it will be for the next dog(s). I will definitely be getting a smaller dog(s) so that I can safely carry them if necessary.

For us incontinence has not been much of an issue, I used a homeopathic formulated to help increase muscle tone and it really helped. We also feed canned pumpkin and yoghurt which helps too. She mostly just alerts me that "it's an emergency" and there is little time. Usually we make it. She is such a good dog and she tries so hard. If we leave her indoors for more than 4 hours I lay down a puppy pad and occasionally she uses it. She knows what it is for and always goes to it even though she wasn't paper trained or anything like that.

My 15 YO girl just sleeps all day, when she goes out she BARKS like mad - the tranquilizers at night keep her old bones from hurting and keep her from waking up crying......
I will need support very soon.................major support
To all of us with senior dogs, they are GREAT and we are so lucky they found us

Quote:
He was a Deker Rat Terrier -- 26 pounds at his prime.

I got him the summer I was 9 and I finally had to put him to sleep when I was 28 years old. He finally had a stroke and while he was still eating and drinking his mobility had become so hard for him and he walked in circles. I really miss him a lot. He was the first dog I trained all by myself and one of my major inspirations. He was a BAD, Naughty dog when he was a puppy and into about his 4th year. My Mom really about hated him until he finally started settling down and acting like a decent animal when he was around five. Even though I obedience trained him, I had no idea how to deal with behavior issues, and I didn't have much leadership skill at the time either..that came later.

He was diagnosed with Degenerative Spine when he was 17 but he kept his mobility right until he had the stroke. He had a hard time standing stationary for more than 10 seconds or he'd collapse in the rear, but he was in NO pain at all and so he'd either continually walk or lay down. He started loosing his sight about that same time but never went totally blind. When he turned 18 he started becoming incontinent so I had to make him a mostly outside dog. We built him a really nice gazeebo type shelter complete with a huge round dog bed hammok and in the top of the roof was a heat lamp that he cherished. That dog always was one for hot weather!! He'd come inside for short periods during the day and actually preferred to be outside where he didn't have accidents all over the house. He loved that heat lamp more than me

Here are some pics of my Buddy:

Here he is at almost 18 years, looks pretty darn good eh? this also shows him in process of his hind legs collapsing when he was standing to eat. He eventually would just lay down. 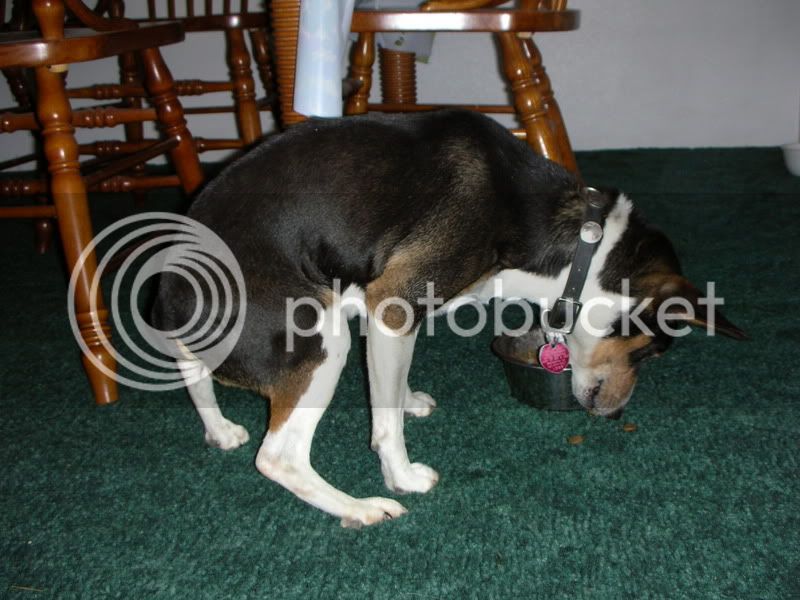 Here he is about the same time frame: 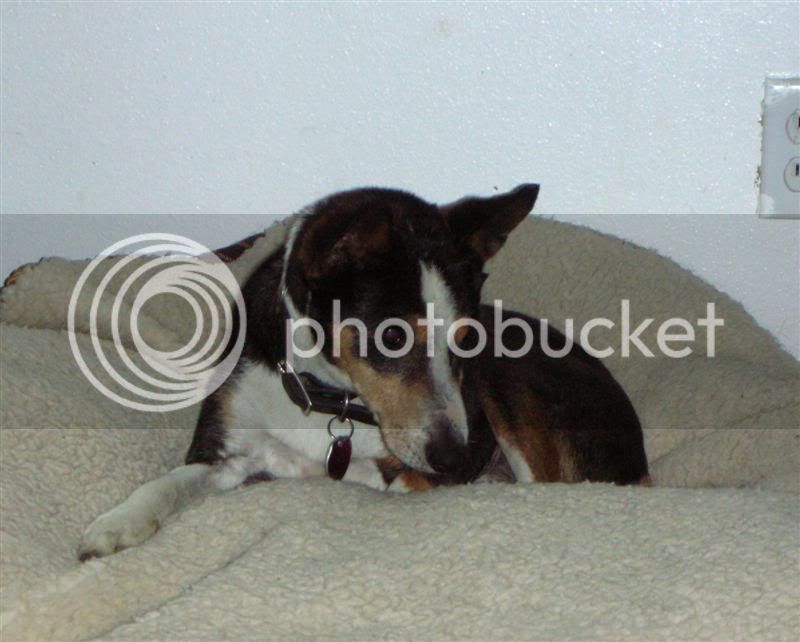 Here's one of the last good pics I have of him. I love it. 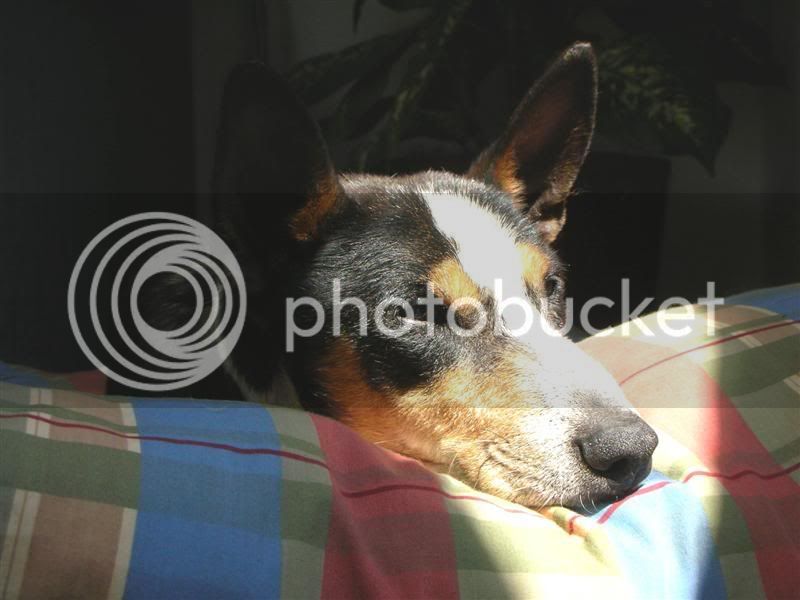 My old man dog Murry. Ausi/Border collie. Hes about 17, deaf, and cateracts. He's starting to get weak in the back end. It wont be much longer before he has to take his last car ride. Aw, my old geezer is about 13 and a half now. Shepherd mix. I got him from the shelter at 10 weeks old. 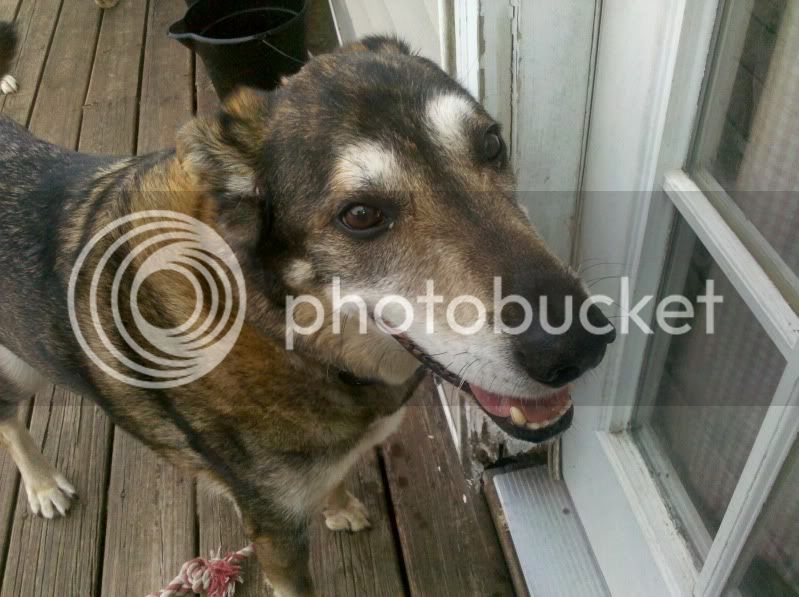 He is covered in tumors....Large ones, all over his body. He has one on a back leg that is bigger than a softball. But he is still very happy. He has some accidents and is hard of hearing....you can hear his heart murmur from a few feet away if its quiet (vet said its a strange whistling murmur). He is still happy as can be though. 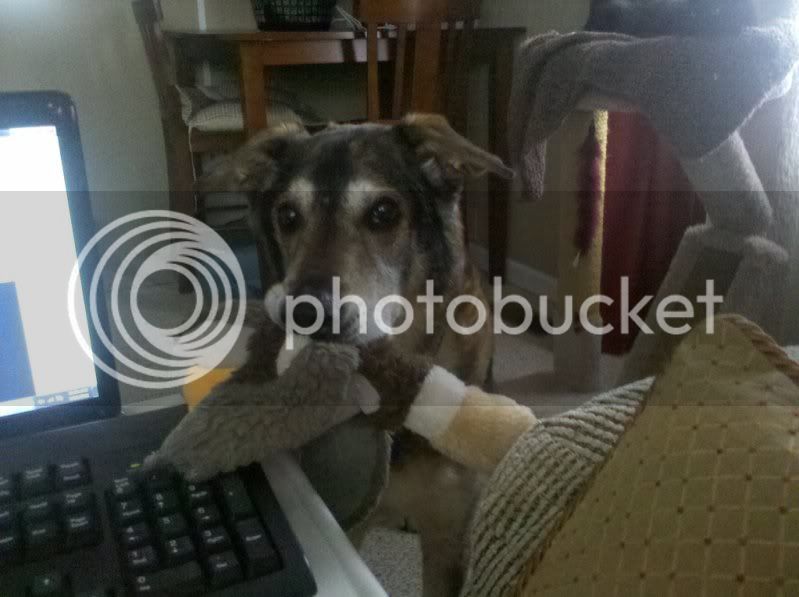 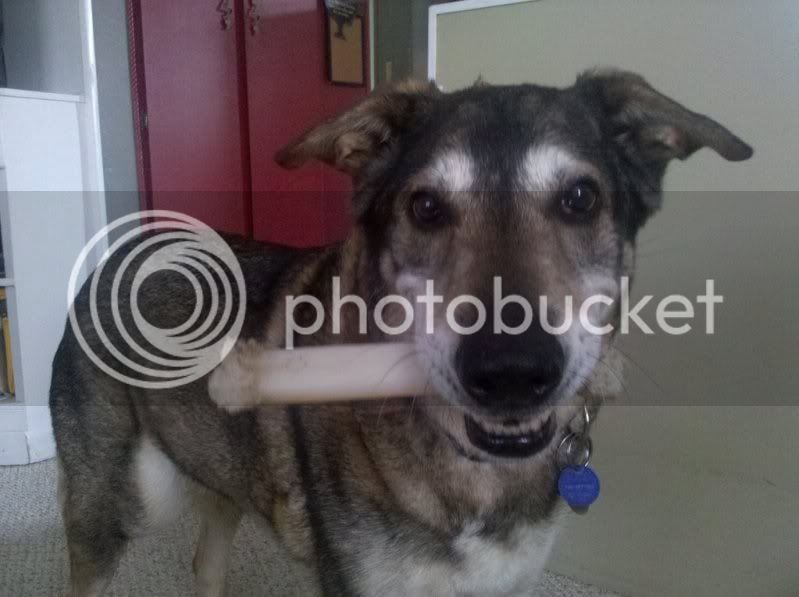 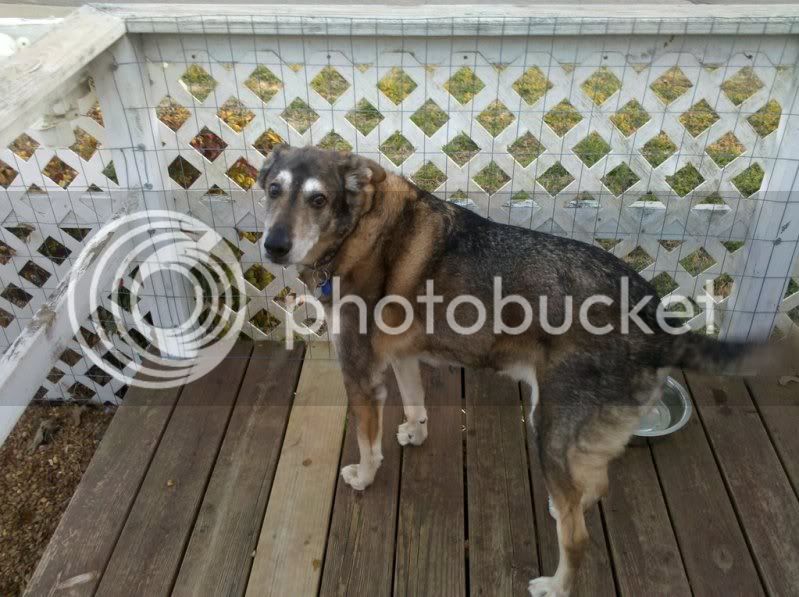 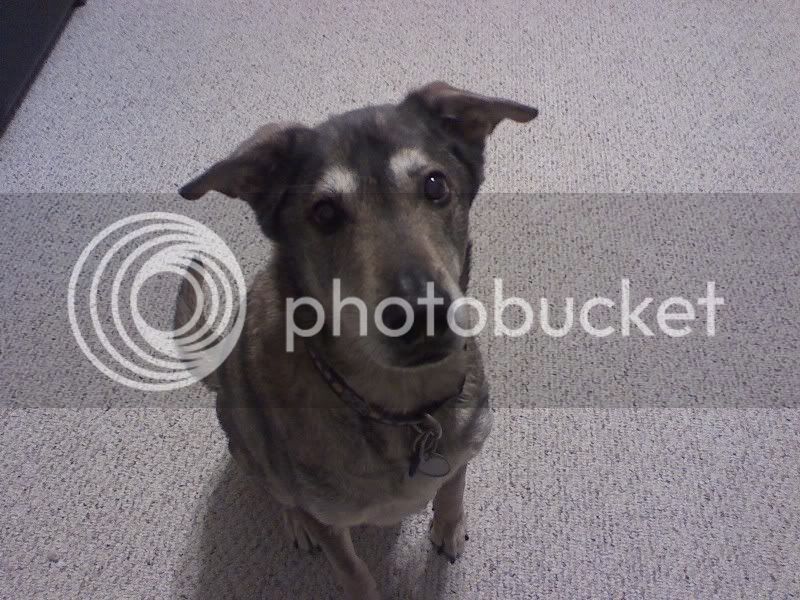 Here he was back in his youth. Probably a year or two old. 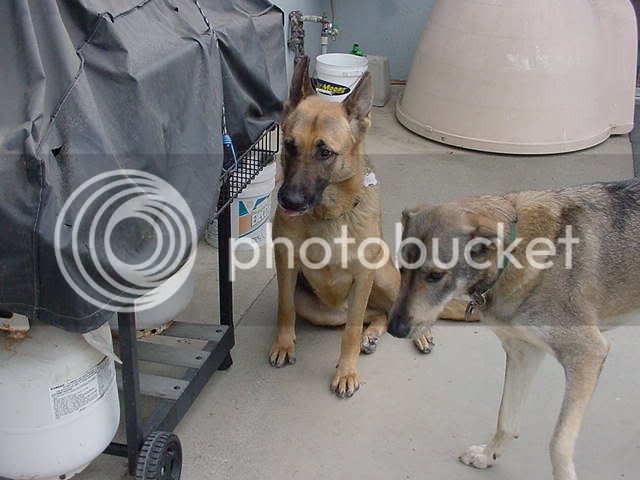 In Memory of Sidney-Spread the Word
2 3 4