So... does anyone have any pics of peach peachicks? Preferably very young ones, but honestly any age would do. Even better if they are in comparison to purple and/or cameo chicks (or pied purple/cameo chicks!).

My purple pen is finally laying this year, and my other pen, where my male is split cameo, is still throwing cameo ladies (against my will >:| I did not sign up for this, he was not supposed to be split anything), but he's got a couple of purple girls as well, and there have been some questionably Different chicks the past 2 years. I realized I've never seen Peach chicks, even in photos, so I figured I would ask!

Did you look in @new 2 pfowl chick chart?

@KsKingBee that is a thing I did not know existing until this moment, where might I find this mythical beast it sounds useful

Kedreeva said:
@KsKingBee that is a thing I did not know existing until this moment, where might I find this mythical beast it sounds useful

Kathy has it listed in her tag line, I keep losing it.

that's an amazing project, but I don't think I saw any that answered my question unfortunately

Kedreeva said:
that's an amazing project, but I don't think I saw any that answered my question unfortunately
Click to expand...

Sorry, I thought sure that she had listed some of @AugeredIn Peach chicks in there. Phil raised a bunch of them last year. I am hoping for some from my Pied split to Peach over Peach Sp hens.
Sounds like you have a Purple split to Cameo cock throwing some Peach chicks? How about a pic of the chick in question

sorry, I just reread what I wrote and realized how it sounded- no, he's actually a blue (he was only supposed to be blue, no splits) but he has thrown kids that are in no way just blues, when bred to my pied blue girls. Now he has some purple girls, too, but he was doing this utter nonsense BEFORE them.

I don't have pics from this year but I dug up some from last year. Unfortunately I sold them all, instead of holding them back to see, since I hadn't planned on keeping any so hadn't planned any space... this year I made some space for growing out kids to see.

These are the only photos I have of the various kids. Bear in mind, these are from my dark pied blue over two pied blue females, at the time.
This one in particular is of interest, as initially I thought it was a silver pied (daddy looks like a dark pied blue and was supposedly out of two SP blues but)... 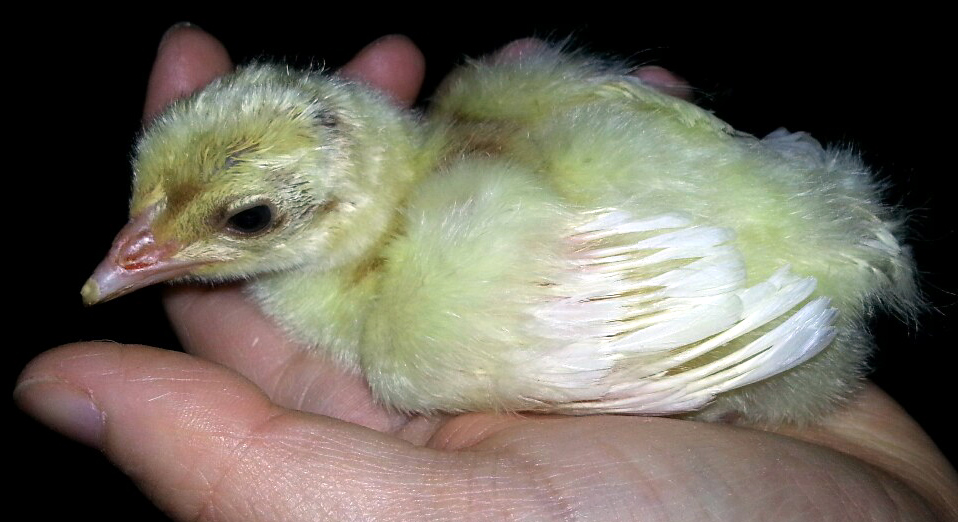 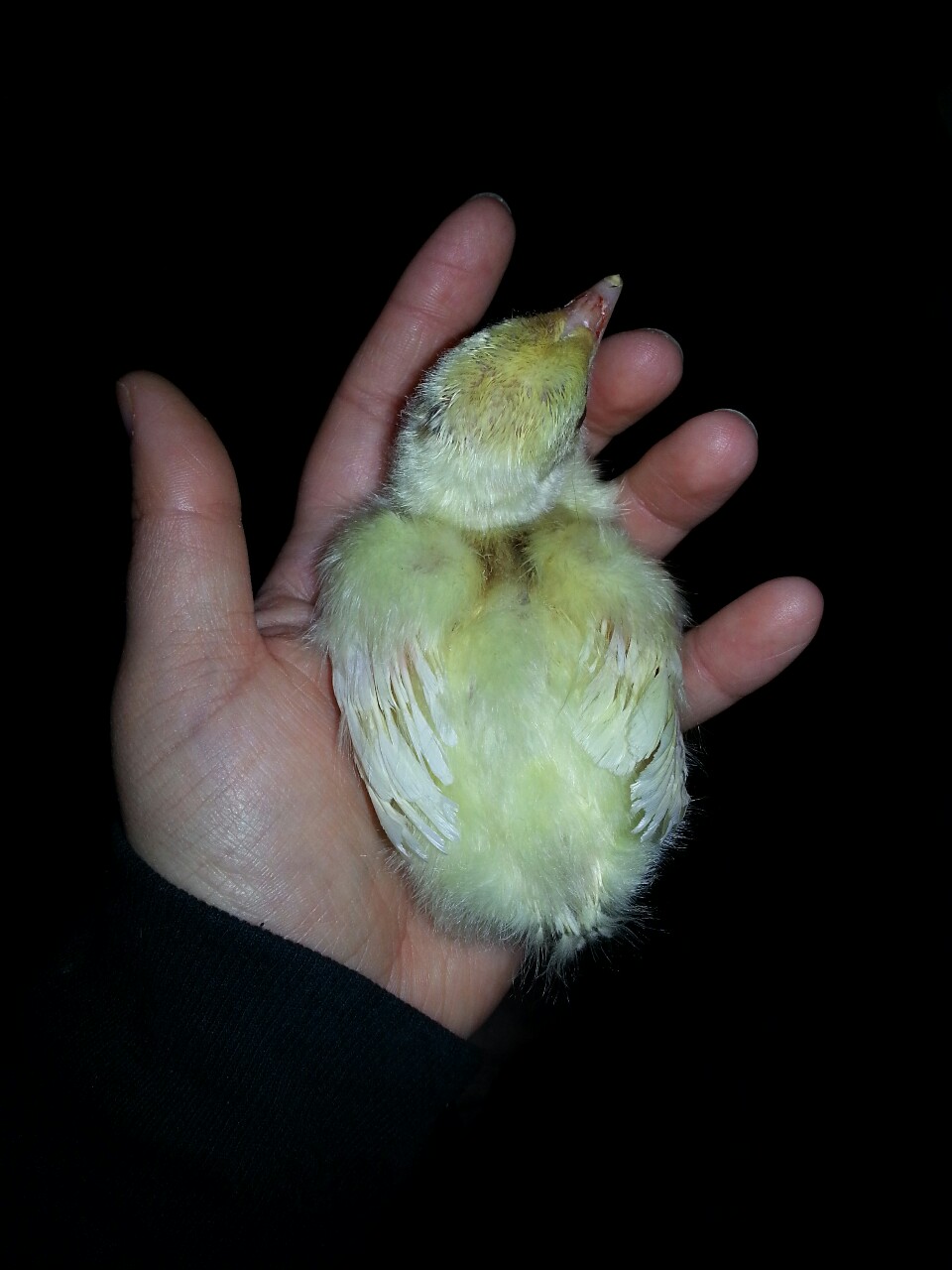 And a bit later: 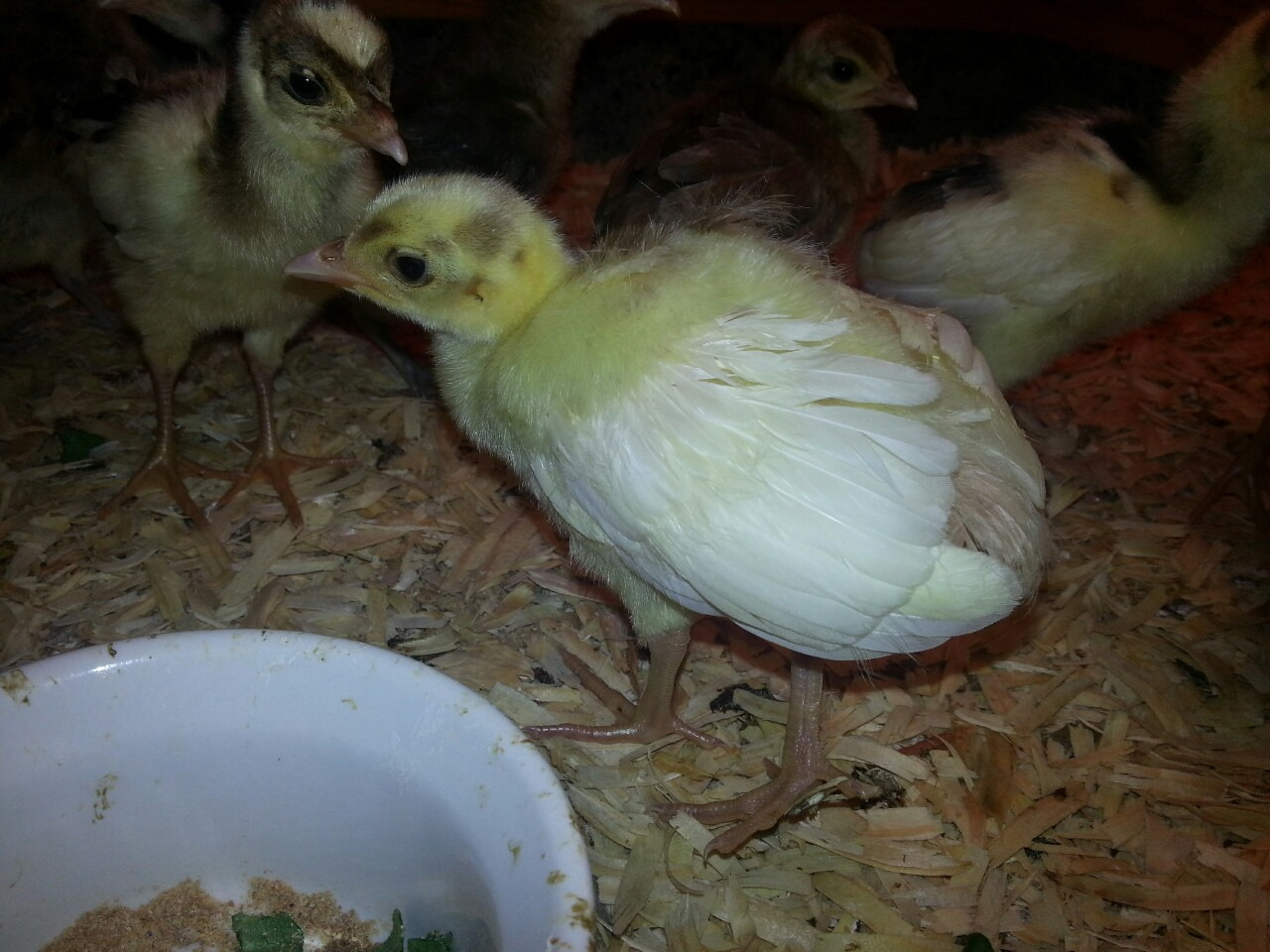 But this is how that one turned out a couple months in: 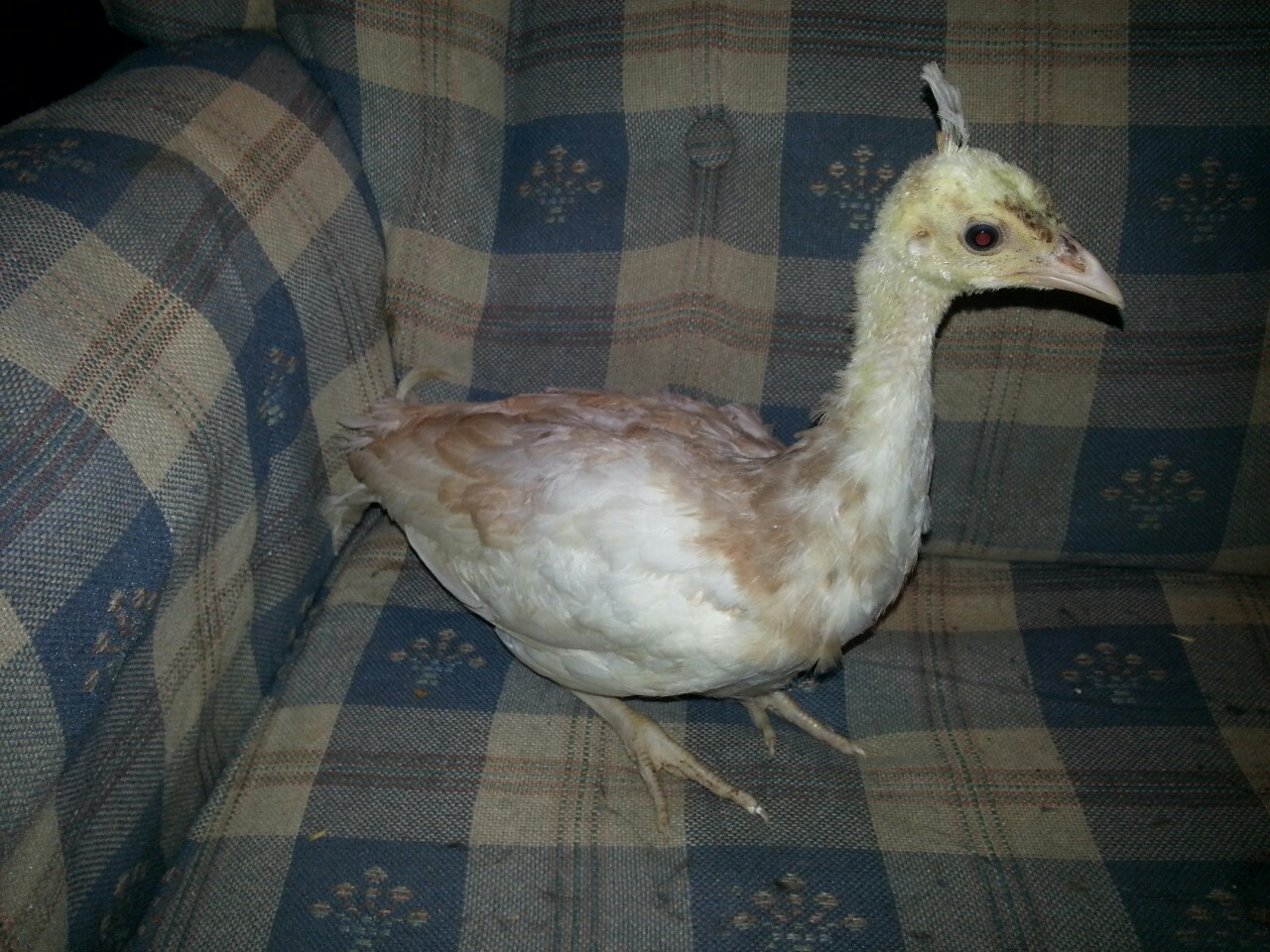 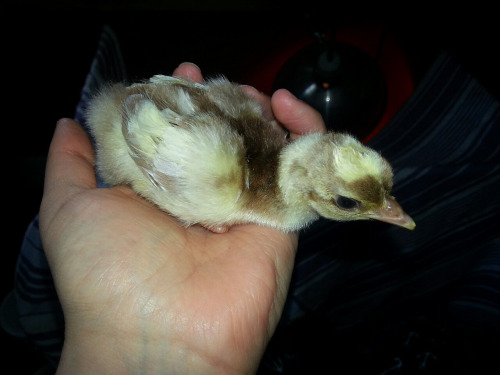 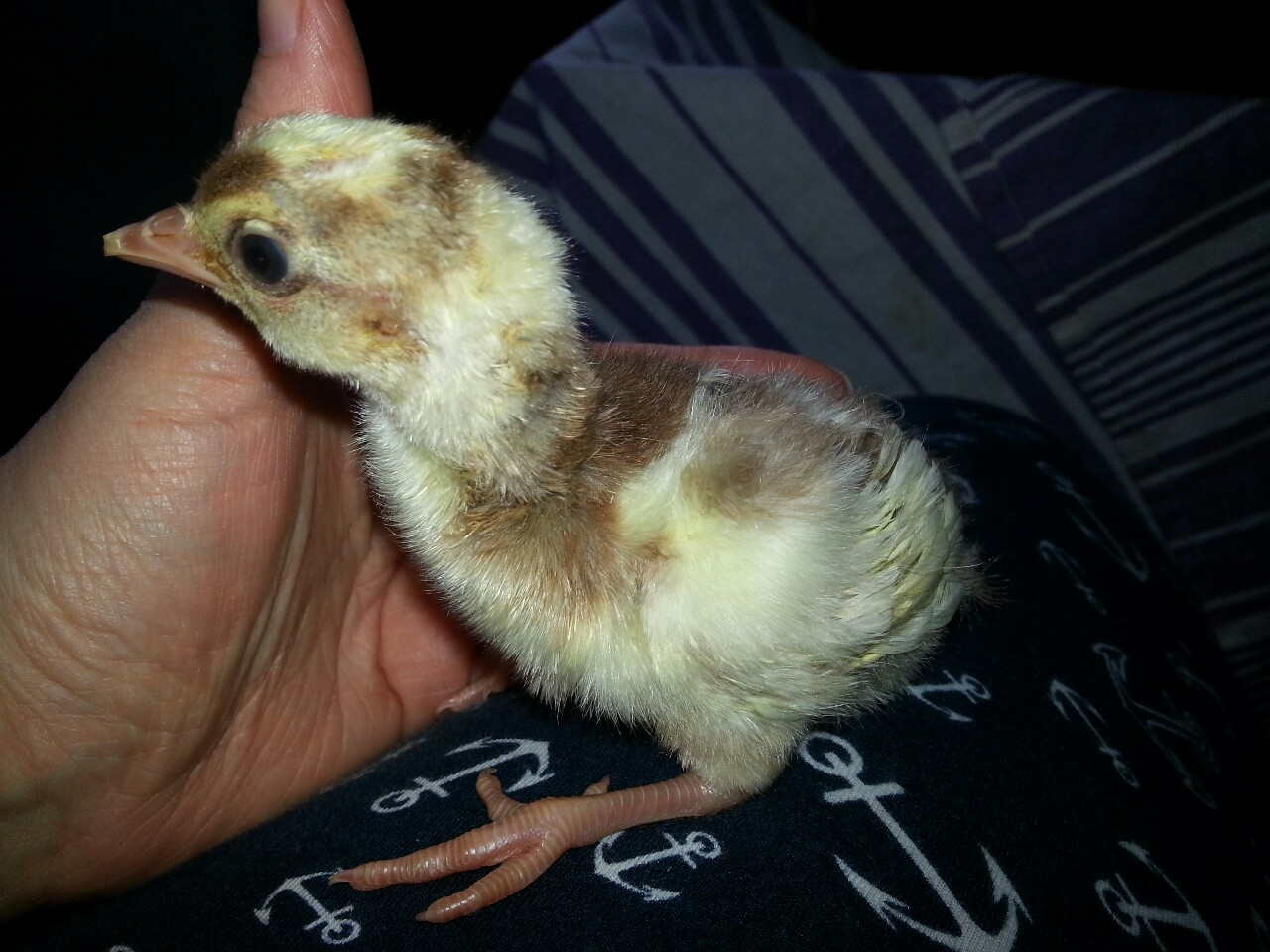 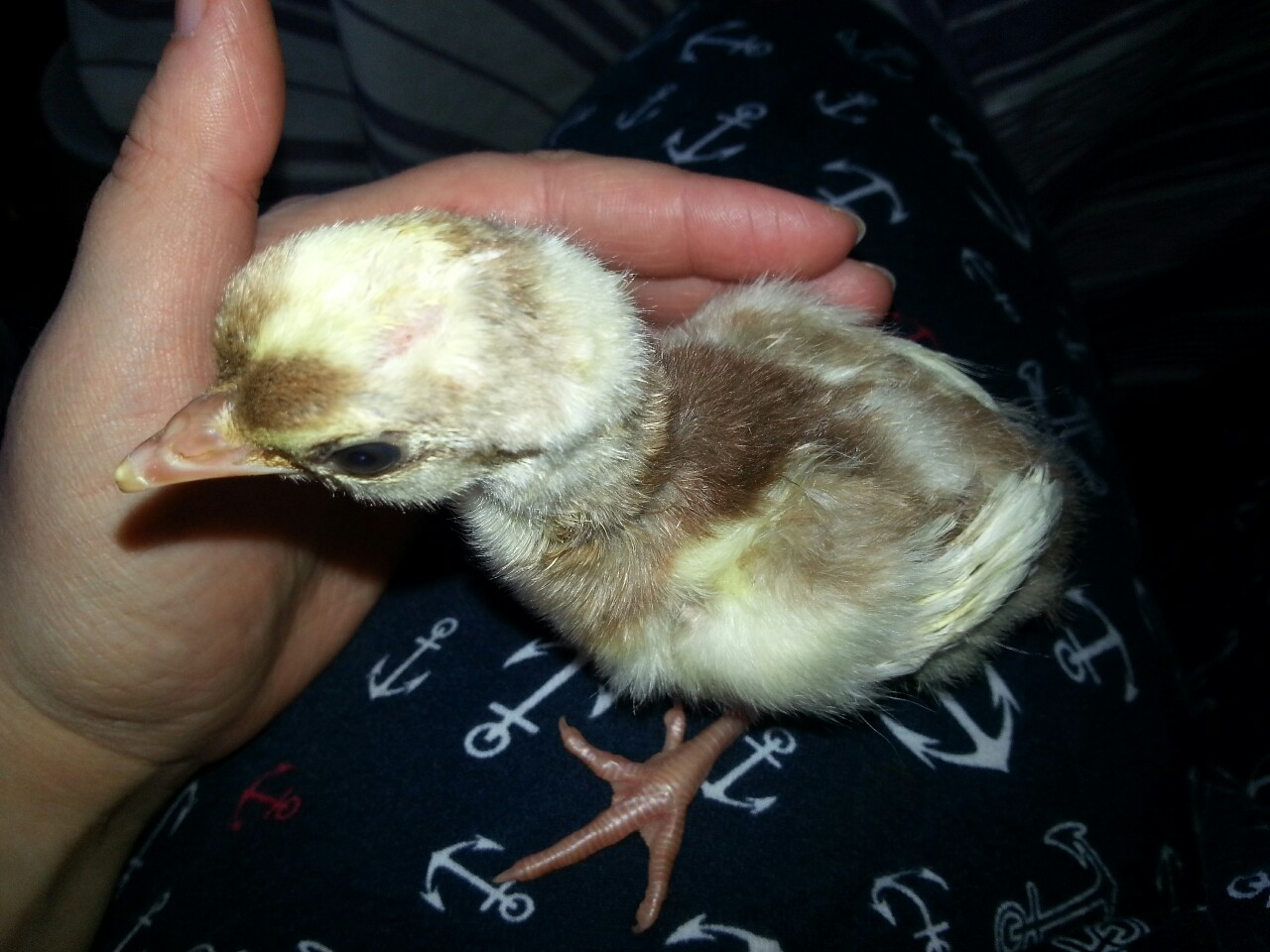 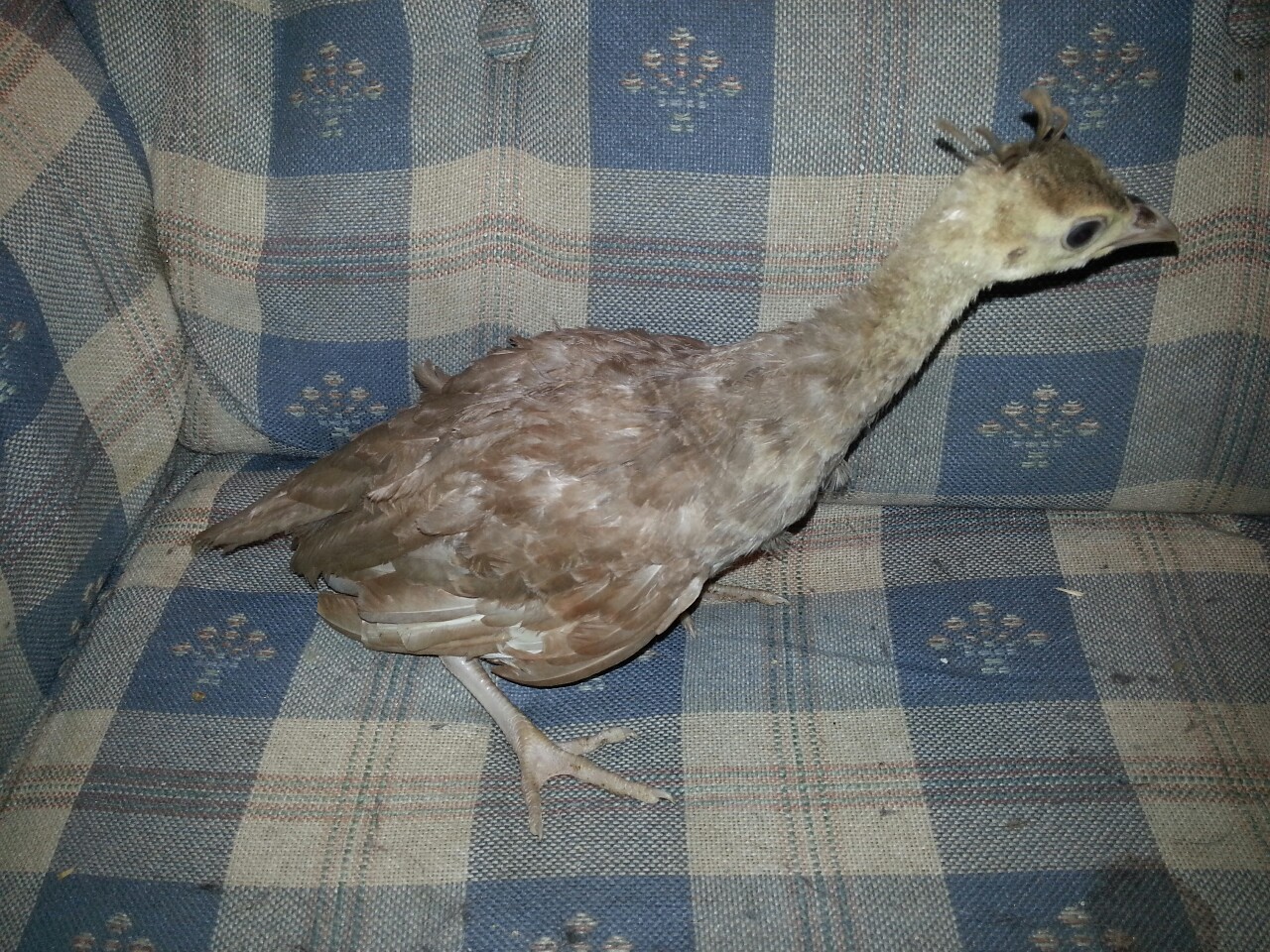 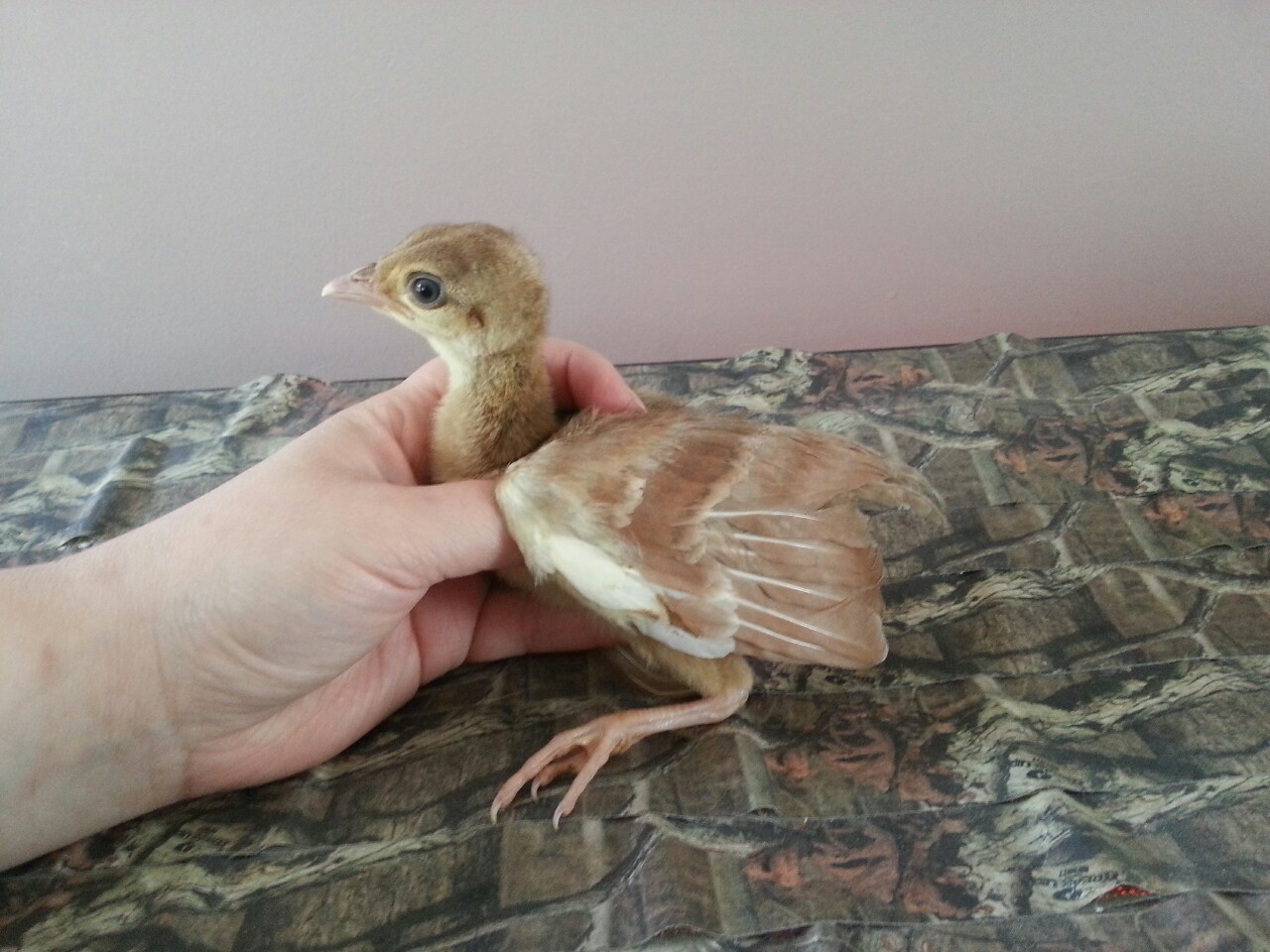 And I'm kicking myself that I didn't at least hold them all a couple months to see what they looked like grown up because there were these kids, but there were also kids that were like this: 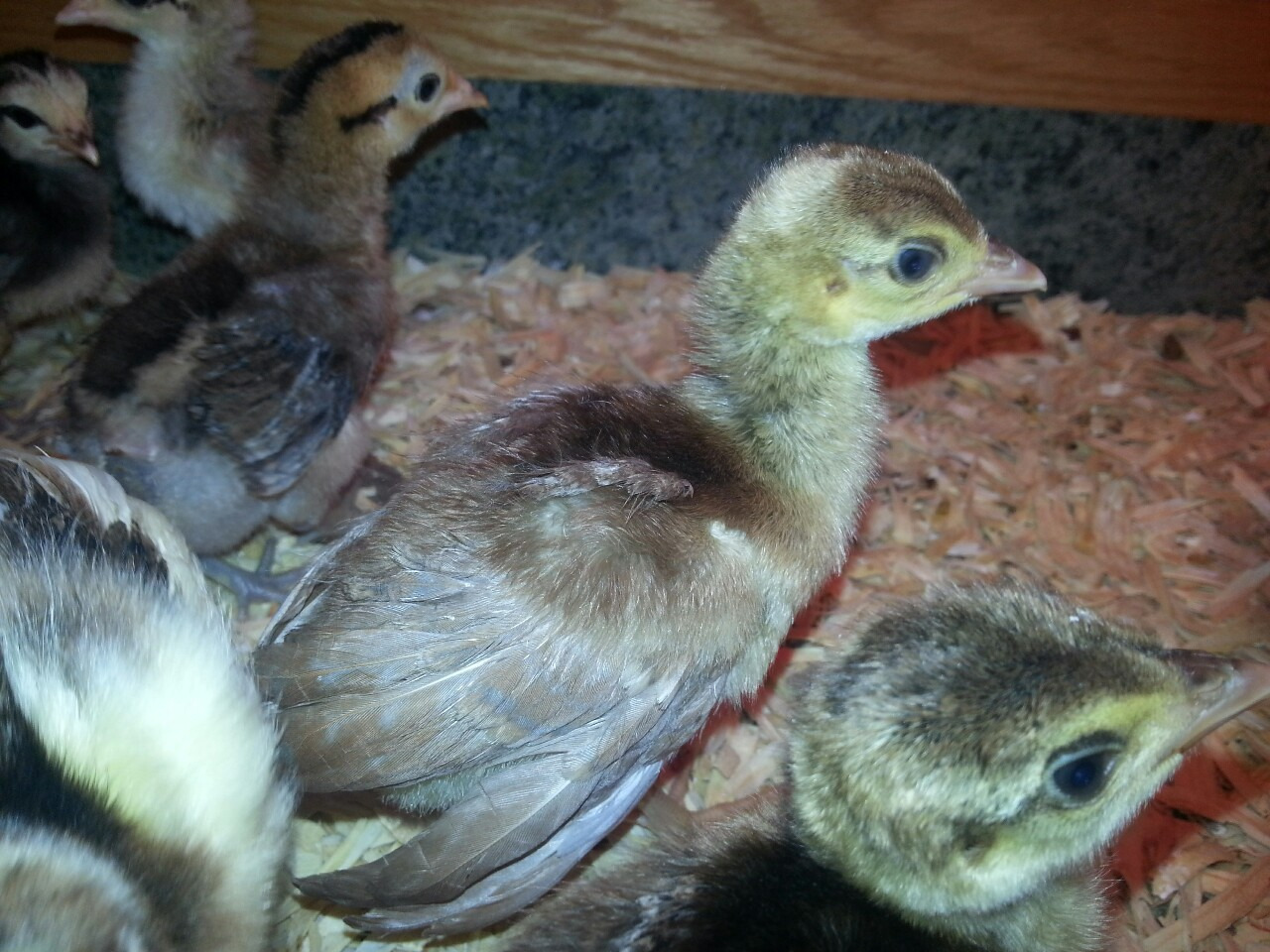 That last one was just a little lighter than the others, and the striping on the feathers was silver instead of black, and I think there's one like that in the chicks from this year again, but they are currently not at my house so I won't be able to get pics until tomorrow.

This pen is not even supposed to throw me anything but dark pied and pied blues.

Edit: There might be some photos of AugeredIn's peach kids but nothing that I saw was actually labeled in a way I could tell.
Last edited: Jun 12, 2017

I will tell @AugeredIn that you have some unusual chicks and see if I can get him over here.

...and now that you've discovered the Peachick Chart (http://peafowlimagedatabase.weebly.com/peachick-images.html), would you like to contribute any images???

Your peababies would fit in well there even if you're not sure exactly what they are!

You can feel free to nab and use any photos I ever post for that chart, it's a wonderful idea