Hi everyone, been away for a bit, hope everybody is doing well.

I know it is only a temporary solution until I deal totally to the coop.
Thought I was dealing with a behavourial problem, with Tilly a number of times a day pecking Lulu.
Did the whole, put Lulu in top of coop, Tilly down the bottom to sleep. In case it was a dominance thing.
Then I thought what if Tilly is just picking off lice - not this time.
I would even poke her when I caught seeing her do this, and give her time out in the coop.

Then about a month ago noticed Tilly had a really red bottom - hard to see when there is lots of feathers.
Was middle of winter at this point so will see how to deal to the symptom.
First I changed the straw everywhere, added in DE combined with sulphur.
For a bit I was daily dribbling and dabbing a bit of Sesame Oil at base of tail and bottom feathers, finishing off with DE and sulphur puffed on. This seemed to calm the redness down.
Another thing I noticed, and on reflection realised that it had been for quite a while, that Tilly's eyes were always pinpricked size.
Since doing what I have been doing her pupils are always larger, and she has stopped pecking Lulu.

I had looked up about red bottoms, and some of the different causes.
Like I said just dealing with the symptoms at the moment, regardless of the cause.
Other day I bought some Vaseline to put on Tilly's legs. Yes this is suggested for leg mite, but I thought what the hell. Also gets her used to been handled in a different way.

If you are dealing with mites I would treat ASAP. I use a head lamp so I have my hands free and check the birds after they go to roost. Some mites only come out at night and feed on the birds. I use permethrin. It works. I use a gallon sprayer with a wand to get the hard to reach areas and spray my coops thoroughly, walls, floor, ceiling, on and under the roosts, inside and outside of the nest boxes, every crack and crevice. Repeated treatment weekly is necessary because the dust and spray does not kill the mite and pest eggs. There is no egg withdrawal period. Initially I sprayed my birds but now I give them a dusting and put the dust in their nest boxes and have been spraying the coops initially weekly then after around a month I spray every couple of weeks. No more pests. I have tried a lot of different things. If you have a TSC they carry the permethrin powder, the premixed spray bottles and the concentrate. Good luck... 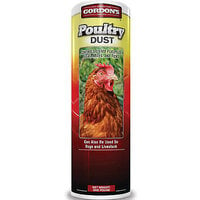 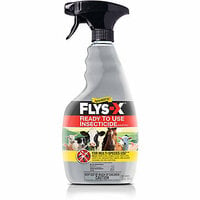 A
Mites and Broody Hen