Hi, my neighbor was moving and couldn't take the duck with them. So I took her in to give a home. But when I go in the in the stall she gives me a Quack or if I talk to her also. Does she look like a pure bred Muscovy or Mix? She is really a beautiful girl I just felt bad because if I didn't take her they was going to leave her behind and I couldn't do that. I have seen in the Past at my neighbor's place she had babies with her but unfortunately her mate was killed. Yes I have other ducks in a outdoor pen didn't know if she had any sickness I am quarantining her but just put her in a pen so she can hear and see my other flock and I can't figure out a name that suits her any suggestions? Let me know. Thank you 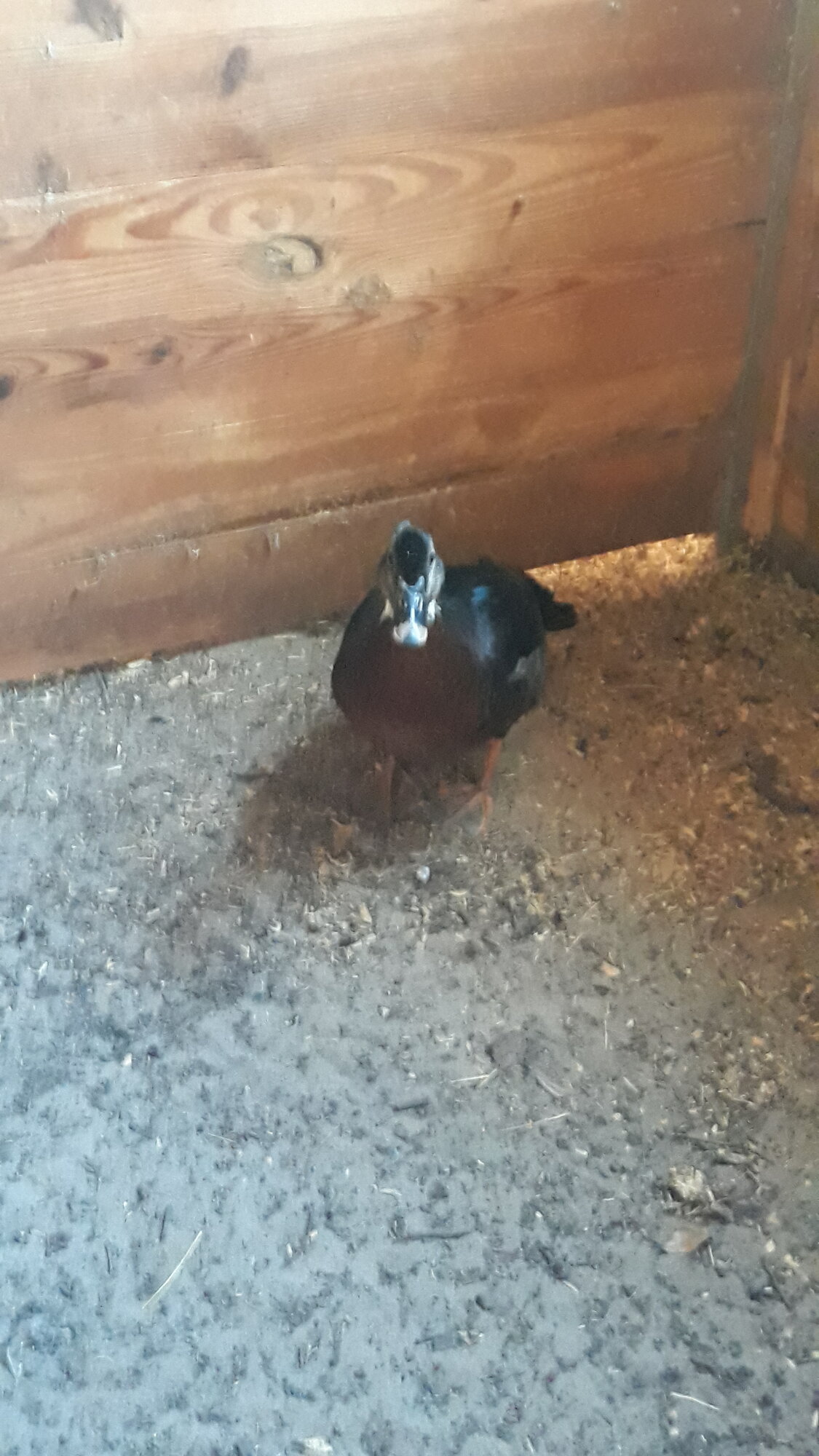 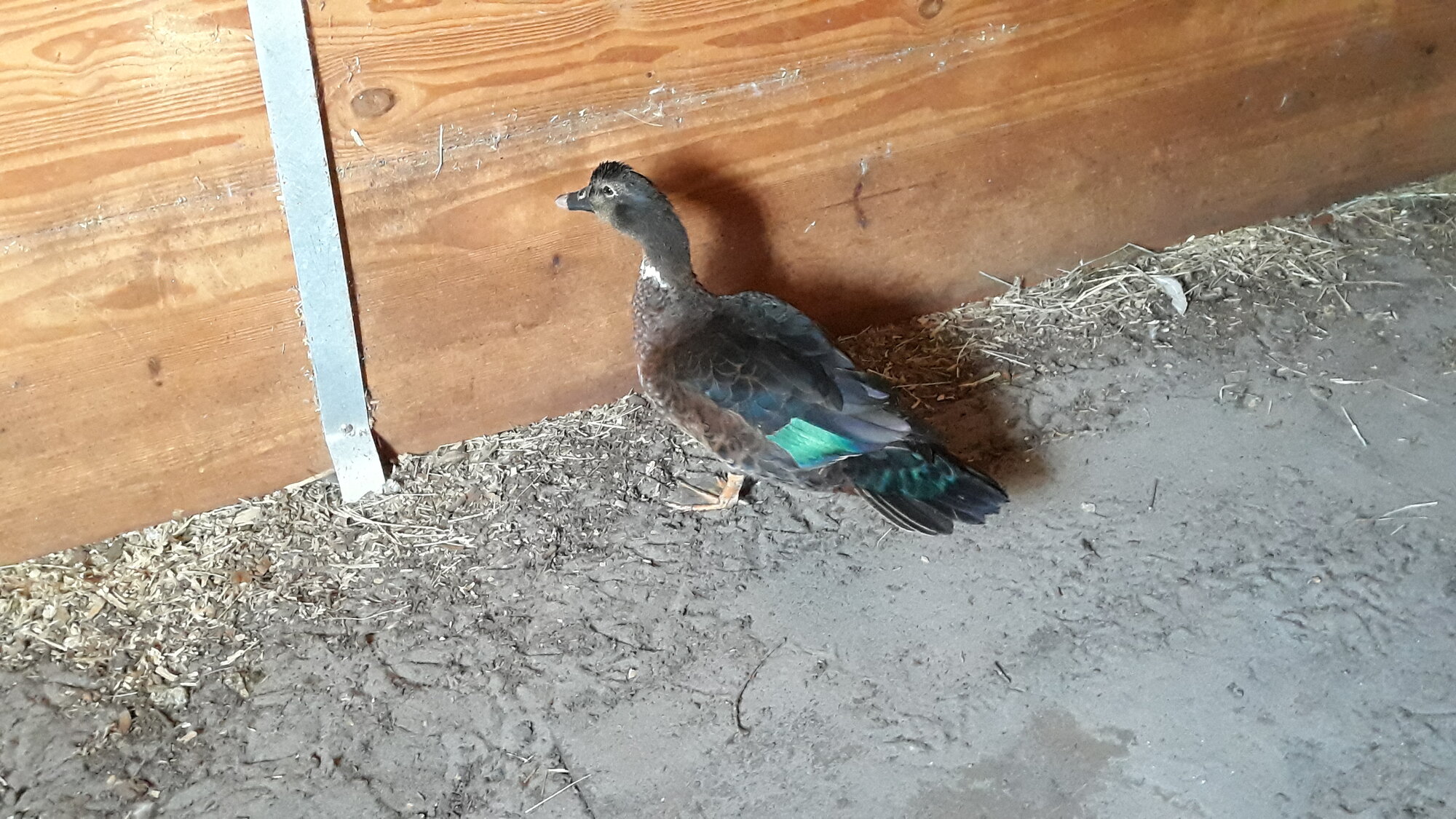 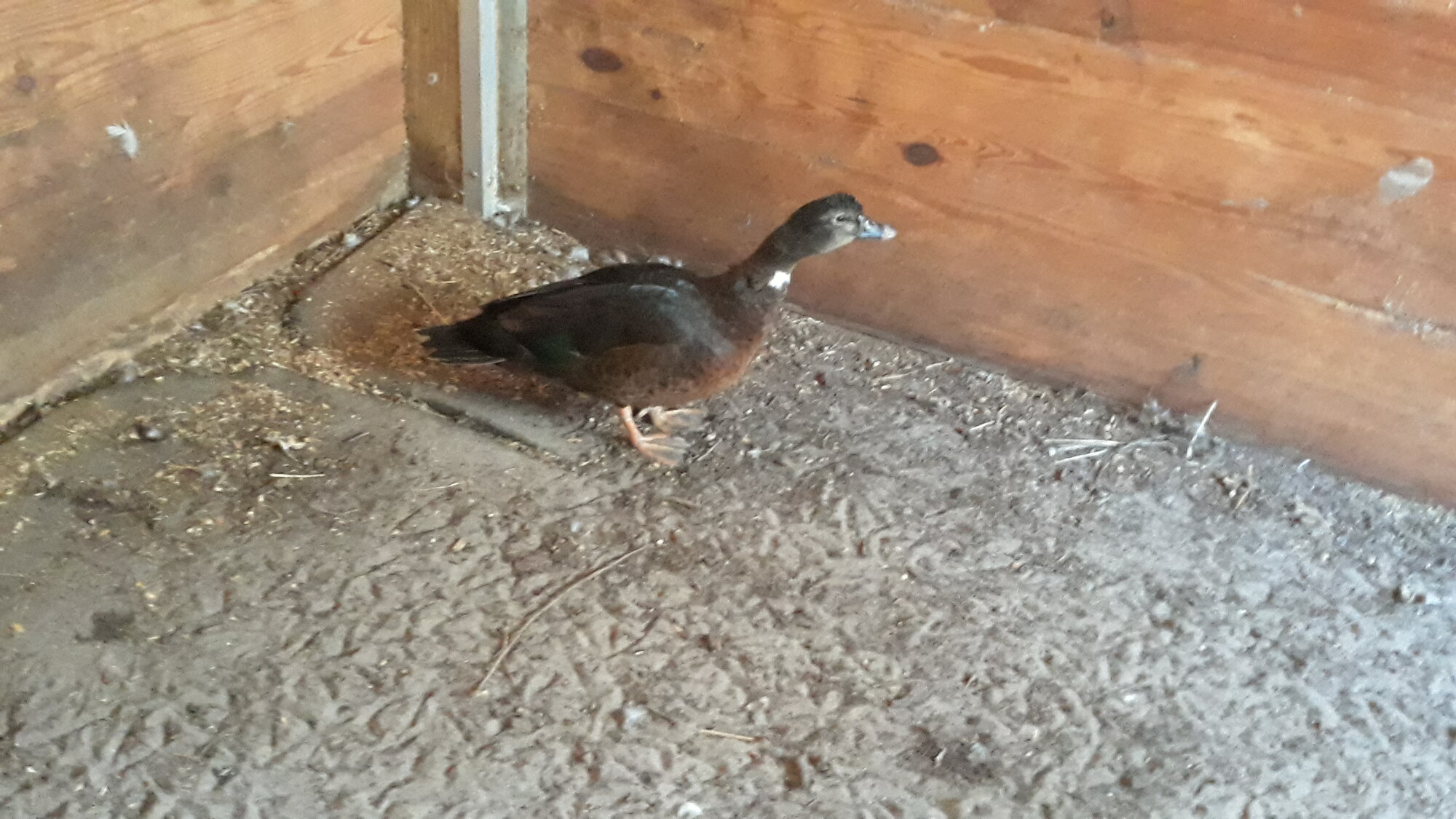 That looks like a Muscovy cross. I have no clue what she would be mixed with but you are right she is absolutely gorgeous. I too recently got some muscovy ducks and I named two of them after where they were first domesticated ( I named them Aztec, Inca and the male Rasputin.) Thats how I name most of my ducks. I look at where they were bred and/or domesticated. Whats her personality like? Is she shy? Talkative? Is she energetic or laid back?
D

@FathertoFeathers maybe she is Muscovy x Rouen or Muscovy x Mallard and her personality is kinda of shy and talkative. Also some what both energetic and laid-back

She's a gorgeous girl. I think a mix too. She looks healthy also. Bless you for taking her in.
Hope is a good name.

She looks like a muscovy, I'm not sure if she's a mix I'm not an expert. I have one that looks almost like her with green feathers and it's a pure muscovy. Reya or something like that would fit her or Jasmine. She's very gorgeous. You're very lucky!!!

Mine is only a duckling. She's 6 weeks and is named Nacho. 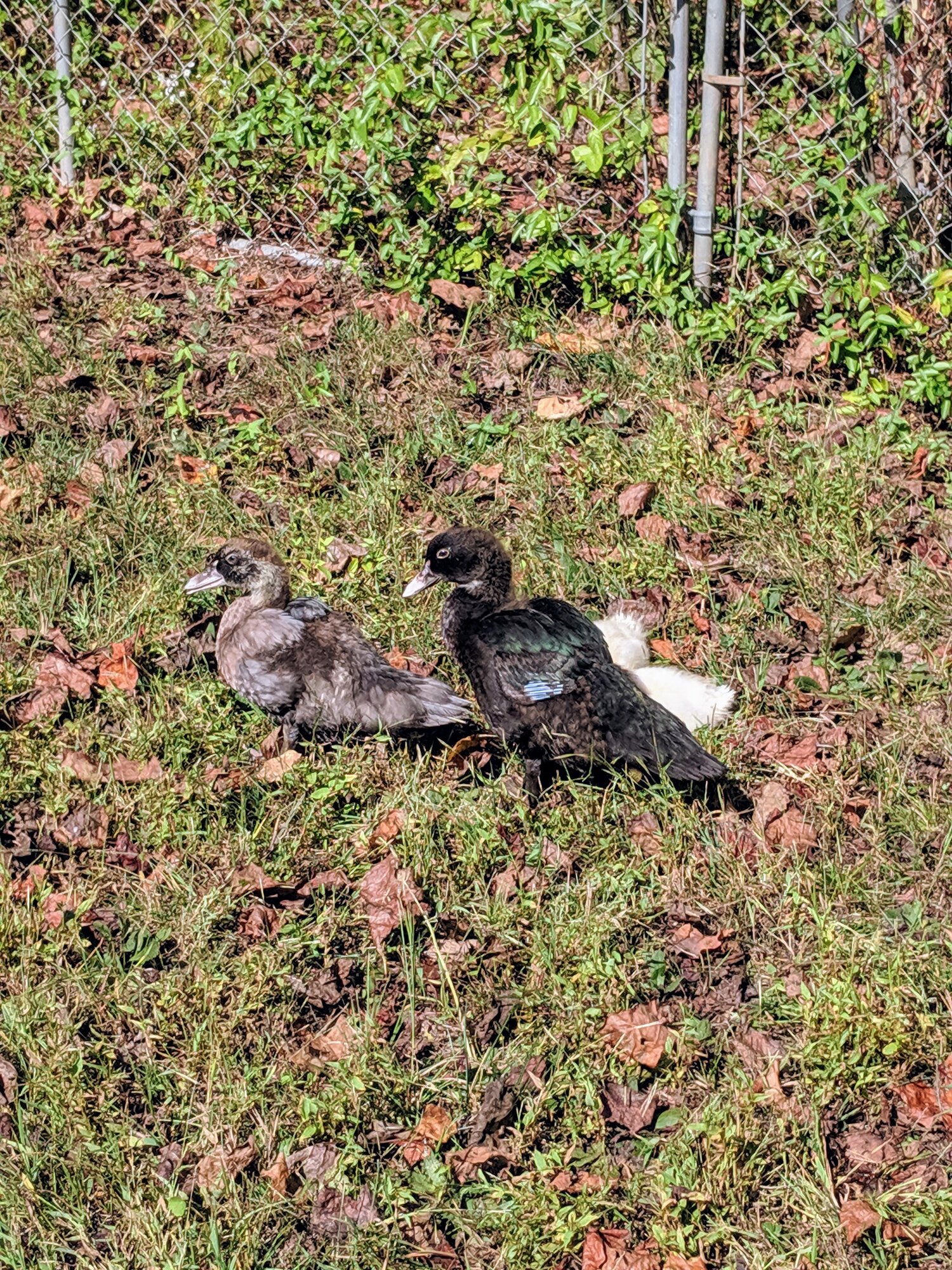 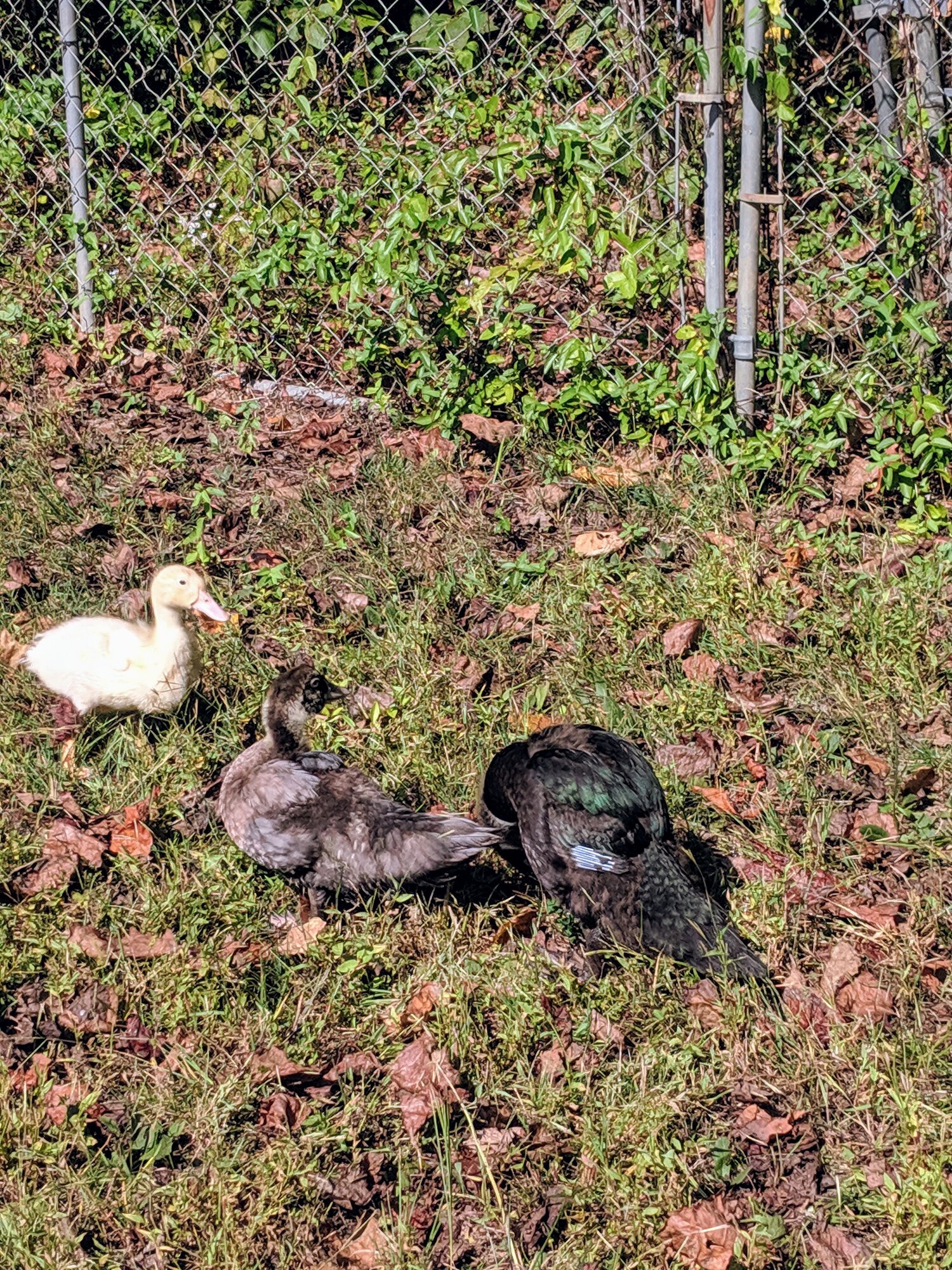 She could very well be full but I think OP said she quacks? Better go back an read again. I forget awfully easy

Miss Lydia said:
She could very well be full but I think OP said she quacks? Better go back an read again. I forget awfully easy

Yeah, I know mine is full and same colors... I'm sure hers is a mix of some sort, but it won't ever be able to have babies, correct? It would be a mile if it's been bread with any mallard based breed.

Mine make zero noise... They're my favorite because they're quiet unlike the noisey white ducks I have or the rooster... He makes me want to buy ear plugs

When to introduce young duck?

Can a duck be in the water too much?

S
Something is wrong with one of our ducks

Something is wrong with my duck. I need help
2