A combination of Gallimycin and Auromycin packs a punch. But your girl is so bad I'm not certain she won't have to have that sinus opened to remove the infection that is in place.

If you are near your Dad and can talk him in to it, have him lance the sinus open. Do not use any caine drugs, and he might have to toss a couple of stitches in it afterwards. She might bleed profusely when the infection is removed so prepare for that possibility.

Quote:Agreed on Tylan. But then again see my other post. Tylan doesn't cover everything.

Thanks for the replies so far!

I'll try the Tylan tomorrow if I can get it at the feed and seed. The replies seem to be leaning towards this as a bacteria... can swelling of this kind be seen in viruses or would this be a secondary infection thing?

Unfortunately, my dad and I don't live in the same state, which is a total bummer since he would be mighty useful. I don't think I would be capable of lancing and stitching, but I could aspirate with a needle if I needed to, but I'm guessing if it was aspirated and not flushed it would just refill.

It can be seen in viruses, but often due to a secondary bacterial infection. Mostly it's a very common bacterial respiratory issue.

On aspirating, because it's not an abcess but cause by the illness, I'm not sure it would ever really go down.

But it was a common practice to flush sinuses instead. Just not many people know how to do it, and doing so with a needle flush is just too risky without the knowledge. Flushing otherwise is also risky because of aspiration.

In my opinion the best things to do are use supportive measures (VetRx) and then treat the cause systemically.

How is your chicken doing? I have been on the net for 3 hours now looking for a picture that looks like our Ameracauna's problem and your's fit's it to a tee.

Ours , though, was walking around for a couple weeks with it's neck kind of crooked. Like it couldn't see out of the eye that now looks like your chicken's. It was walking into things too. We just figured it was blind in one eye and "special."

Then, within a couple days the eye swells up. It is so swollen you can't even see the eyeball, it looks like a white ball hanging down over it. And we went out (after dark) and heard a couple of wheezy sounds. But not a lot from her (she is not quarantined). We started an antibiotic powder in the water and hot compresses with teramyacin ion the eye.

My husband wants to try to poke it with a needle and drain it. It is SO SWOLLEN it looks like it is going to explode. Should we? How is your chicken?

Cuddlebug, crooked neck in conjunction with respiratory illness symptoms is usually associated with Pasteurella (fowl cholera) which is susceptible to Sulmet. It will cause swelling in whatever part of the face it sets in - the wattles, the eye, etc. You will NOT want to put a needle in it as it's not an abcess - it's sinus drainage. Instead, you will want to treat it with the right antibiotic to get rid of the cause and thus get rid of the swelling. If you don't see any change with the powdered antibiotic you're using, consider a switch to Sulmet and treat with that after three days of the other. Terramycin ophthalmic ointment in the eye is also a good idea in case of secondary actual eye infection.

VetRx around the sinuses also helps facilitate breathing and get air into some of those sinuses. A bird that can't breathe won't eat or drink - a bird that won't eat/drink won't live.

Vitamin A (polyvisol vitamins, non-iron fortified, walmart vitamin section - 3 drops in the beak daily) also help as that's the target vitamin for respiratory/ocular health. A chicken vitamin/mineral supplement would also help were you not treating in water, necessarily.

And any time you give antibiotics, please give PRObiotics (living bacteria supplements) daily during medication and twice daily for 2 weeks after medicating. That replaces the good bacteria necessary for good digestion, helps to prevent secondary yeast (fungal) infections from medication, etc. If you're not using a -mycin or -cycline drug (read the 'active ingredient' of the drug you're using) then you can use plain yogurt (1 teaspoon per 6 chicks, 1 tablespoon per adult bird or thereabouts). If you ARE using a mycine or cycline drug, then use either Probios dispersible powder from the feed store (1/4 teaspoon fed in a quickly eaten wet mash) or acidophilis capsules or tablets (contents of one per 6 chicks or one adult bird) in either just enough water to make a paste, sprinkled on an egg yolk (boiled), or mixed into yet again another very tiny amount of quickly eaten damp mash.

This is a chicken from my old flock. 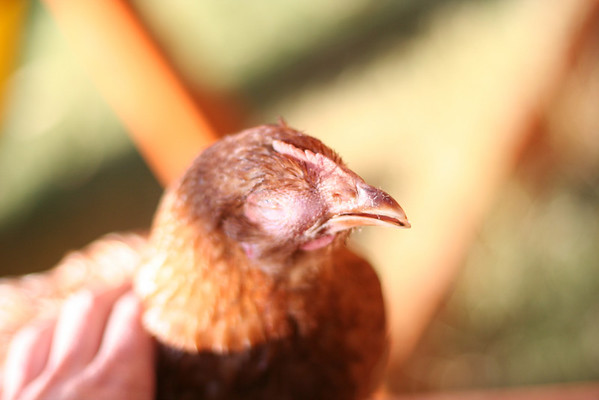 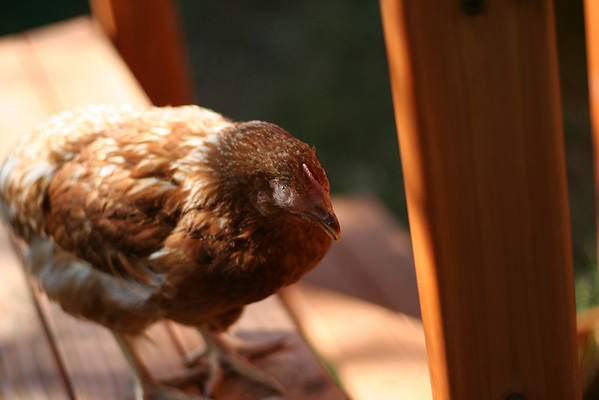 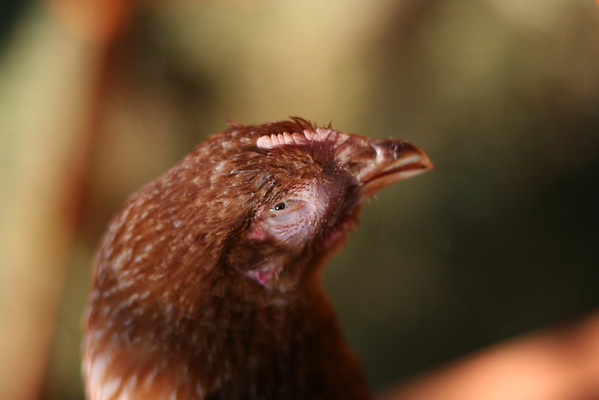 Necropsy showed Coryza, and there wasn't really a strong smell or anything. Just a lot of mucus and the swollen eye near the end.

The PhD at the local Ag college told me to use Sulmet on the rest of my sick birds, and it worked well. (I had tried Tylan before knowing what the illness was, and the birds would get better but then get sick again as soon as I stopped, or eventually some would just stop getting better and die despite the Tylan I was injecting.) I ended up giving them to someone else who wanted a closed flock because even after they get well they will be carriers for life, and I wanted to be able to hatch and share chickens without worrying about giving this disease to someone else.
Last edited: Jul 26, 2009

And yes - Sulmet is the one to use for Coryza. it does really well, so hopefully you'll have success with it. OF course use probiotics with it since sulmet's an antibiotic. And yeah - it's not susceptible to Tylan unfortunately.

I'm about to make a list of all the diseases, their symptoms in a row/coloumn check-off format and then a list of what antibiotics are best for them, what antibiotics are ok, and which don't work. It's so hard to sort them all out since half of them sound the same (cholera coryza), most of them have double names, and some have same first names but different last names!

I'm sorry you had to lose her though.

*Home of the Shoveler*

Just some info. I found this site while surfing the net. It has some very good info, and a way to mark off on the different symptoms that anyone might have involving poultry diseases. Kind of narrows things down.

I have an update for those of you following this drama. They CRD that the chickens most likely have is (knock on wood) nearly gone. There is minimal sneezing and coughing. However, poor Two Face's swelling has gotten about twice the size as it was the last time I posted, which was when I thought it was about to burst. 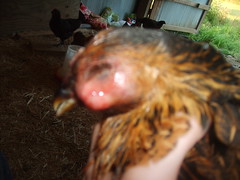 Talked to my dad about it over the phone. It's not hot and the fluid is mostly clear. I say mostly because some of it leaks and dries on her face and then it's a yellowish color. Fluid from her nose is clear. I'm filling the eye cavity with neomycin although there isn't really an eye infection.

Dad says, 'generally, sticking a needle in swelling isn't harmful, and if it's filled with pus she will thank you.'

So tonight, if it hasn't shrunk down, we'll be attempting to drain it.

She's eating and drinking, although the swelling is so bad her upper and lower beaks don't come together the way they should... her upper is pushed over a bit. This causes her to eat cautiously... it probably hurts to move her mouth.

Otherwise, she seems fine. Runs around, sits in the sun (which I think is fantastic for the goo... it's another sunny day today!) eats grass.