results of my first hatch.....

I set 42 eggs in the bator on September 18th and put 3 under a broody hen. (24 RIR and 20 Cochin) I candled on the 27th and removed 9 clear or blood ring eggs which brought the total down to 36. I then took the 3 from my broody and added them to the bator. I went into lock down on the 6th of October and much to my surprise they started hatching on the 7th. So now it is the 10th and I still have 8 cochins in the bator no pips in 24 hours so I am kind thinking I may have lost the last 8.

Anyway of the hatch I have Cochins 5 or 6 and 7 RIR chicks along with a bunch of odd chicks. (I bought what was supposed to be RIRs and I believe the seller mixed them with her Black Australorps) I end up with 24 babies I just wish all my cochins had hatched out. The humidity was 60-70% but some of the chicks ended up shrink-wrapped in the shell the last 8 cochins may be as well I crack a shell tomorrow to find out for sure. Attached are my pics. 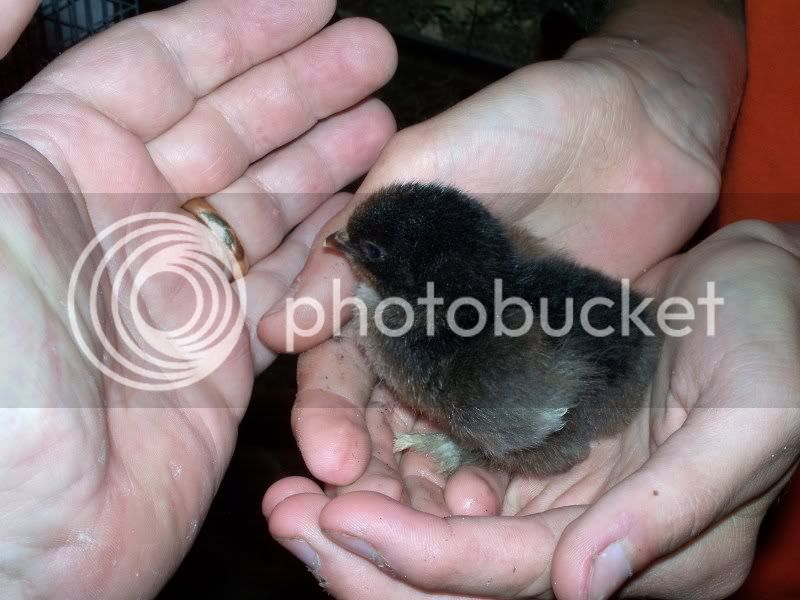 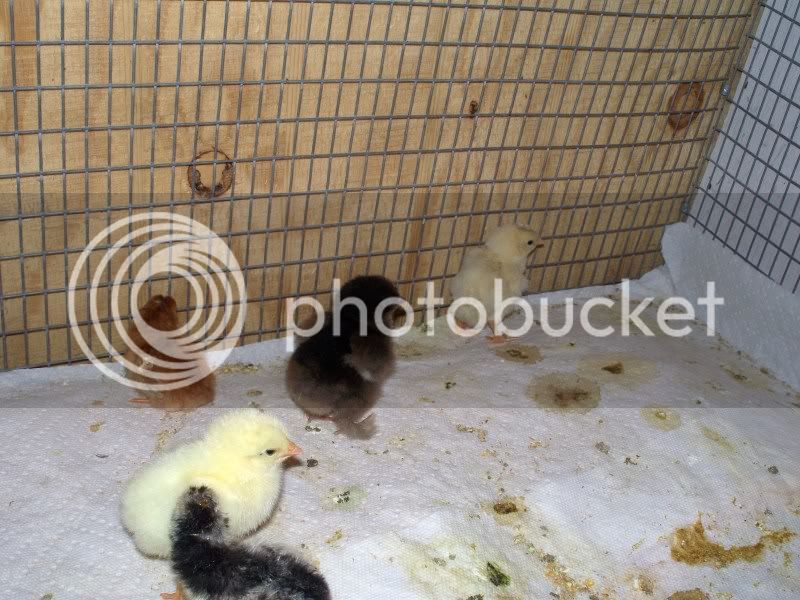 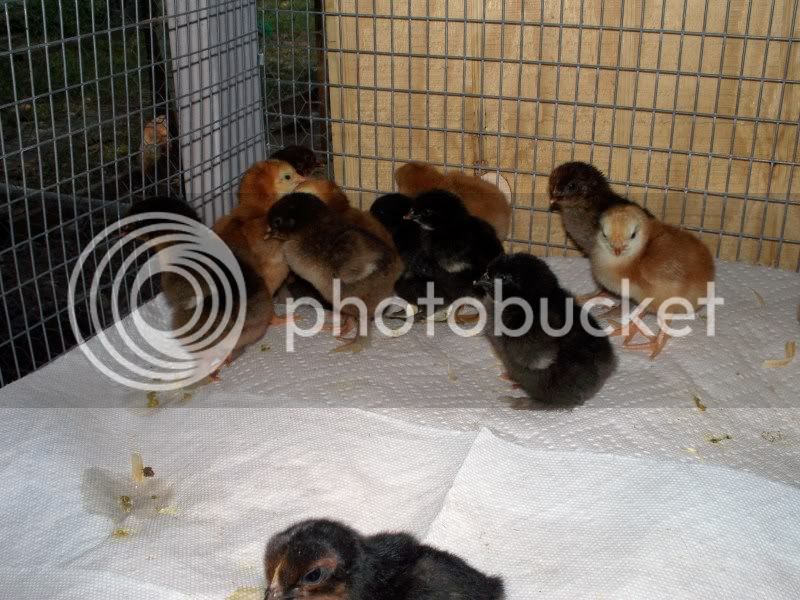 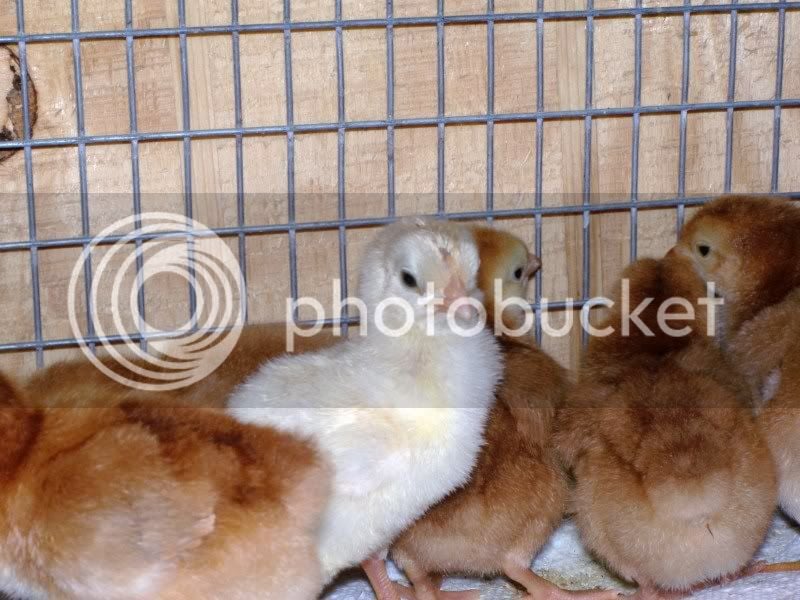 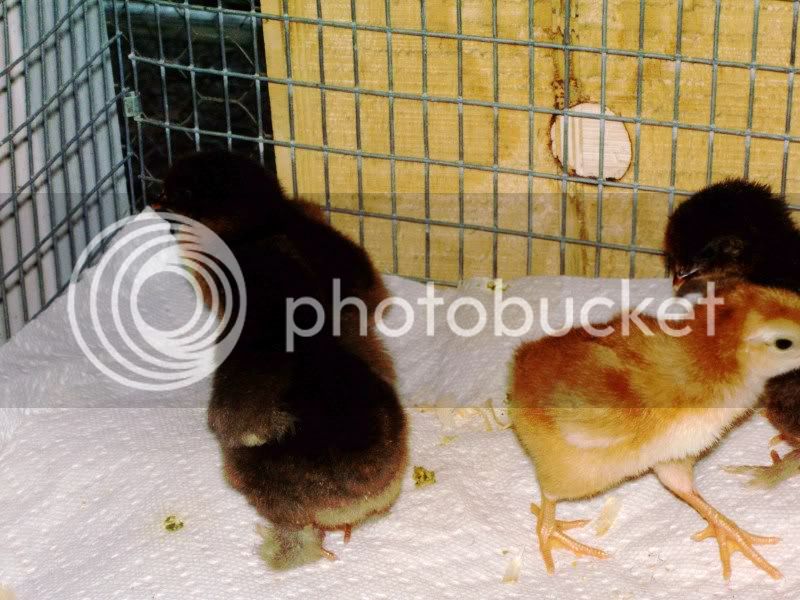 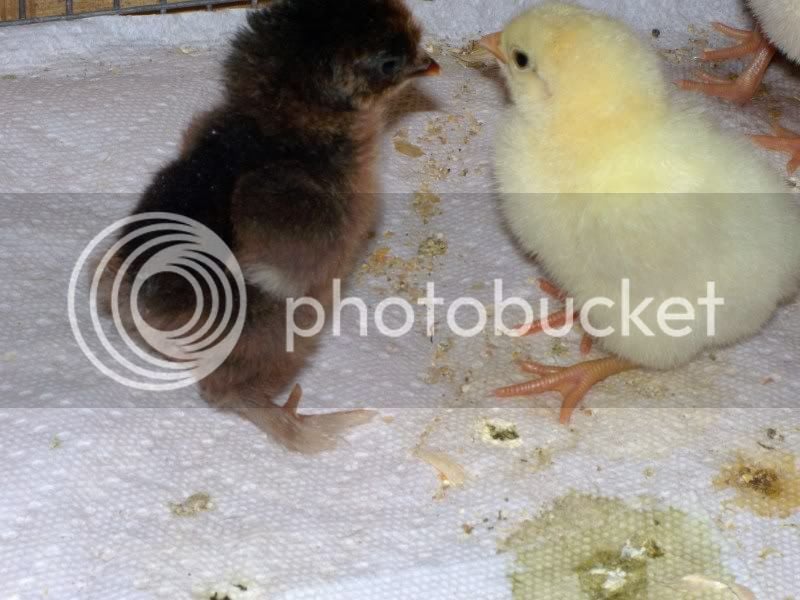 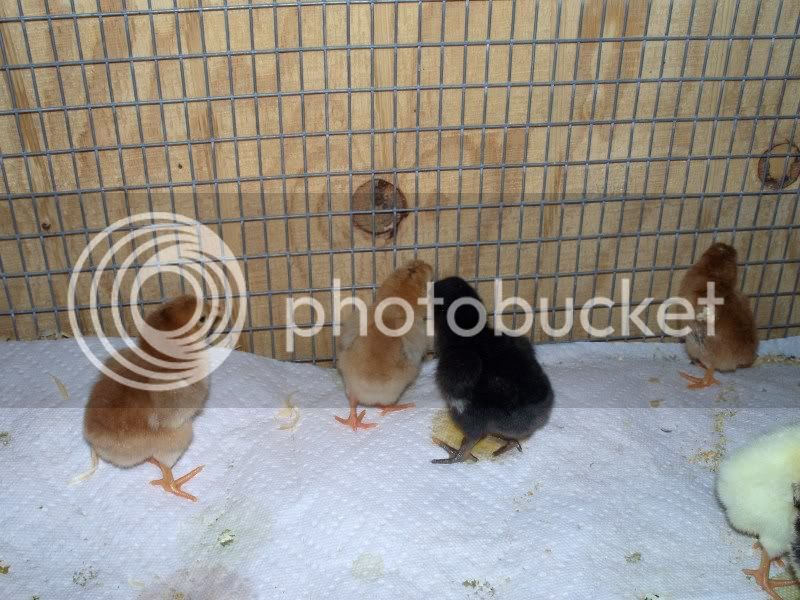 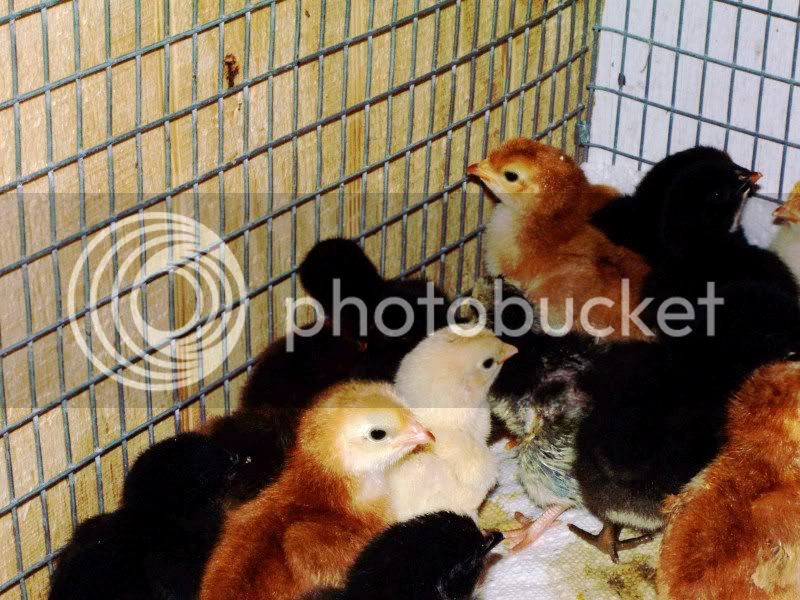 I have noticed that these chicks that I hatched seem to be doing better than the day old chicks I had shipped from the hatchery. I guess the shipping stress was more of an issue then I thought it would be.

Australorps have white and yellow fuzzy bellies... not sure what the black and brown ones are.

they are cute though. brown ones and the black ones have feathered feet... hmmmmm ???? let me ask my one friend he might know what they are... and when i hear from him ill get back to ya

I know the feathered feet ones are Partridge and Silverlaced Cochins. Your Australorps look just like my black babies thanks for the pic. Any Idea what the White ones are?????
Last edited: Oct 10, 2010

yeah i was gonna say they look like cochins. Cochins are pretty darn cute heehheheee. I dont have any but plan on getting some in the near future.
Not sure about the white ones??? Ill have my friend Donnie look at your pics.

Those look like nice chicks , as far as the white ones , rir do carry a gene that cause a splash effect butit does not breed true !ut with that said a lot of people don't know the difference between a red star , red sex link or cinnamon queen , they see a red bird and assume its a rir ,cinnamon queens specifically are sex links to where the roos hatch out white , and then you have the rhode island whites as well , but just guessing and not knowing where or who eggs come from I would say its a cinnamon queen or red star rir mix but that is just a guess and assumption

They are so darn cute! Little fuzzy butts all over the place!

I have several coming my way to hatch out within a few weeks time. I will have some Welsummers, Blue and Splash Marans..possibly some black in there, and, some Amauracanas'.
You have me excited to see my little ones come along.

C
Question to those who sell hatching eggs