Scamper just doesn't have that old 'pep' in his step

Scamper (pictured), a black non-bearded Silkie Rooster, just turned 5 years old last month. Since the day he hatched (literally) he's been hyperactive. No matter how much attention we've given to calm him down, he will usually go nuts if you try to get in his coop or pick him up. The last several days, though, we've noticed he just doesn't have that old 'pep' in his step.

We started noticing it when his crow seemed pitiful a couple of days ago. It's not that strong, loud crow he normally has. He hasn't been moving around a lot and stays inside up near the egg box. I've noticed a couple of times he put a wing down to steady himself. He's eating and drinking. I'm not sure how much yet. His waddle color seems to be ok, but his feathers seem untended and gray compared to 'normal'.

It's almost 90 degrees here in North Carolina today, but the other two hens in his coop seem to be acting normally. One of the hens is his "aunt" and a year older than him. The other is a girl that's not more than two. She is currently setting eggs. They are eggs we got from another roo because Scamper's hens haven't seemed to lay too many fertilized eggs the past couple of years. I don't think that's particularly relevant to his current condition, but part of the overall story.

He doesn't seem to be laboring to breathe, although all of them have done a bit of open-beak breathing in this heat. I don't want to immediately turn to antibiotics, but I know I need to do something quickly. I just changed his water to a mixture of ACV with some Molasses since that shouldn't hurt and might help if it's a digestive issue.

What is your suggested remedy? Any experts out there? 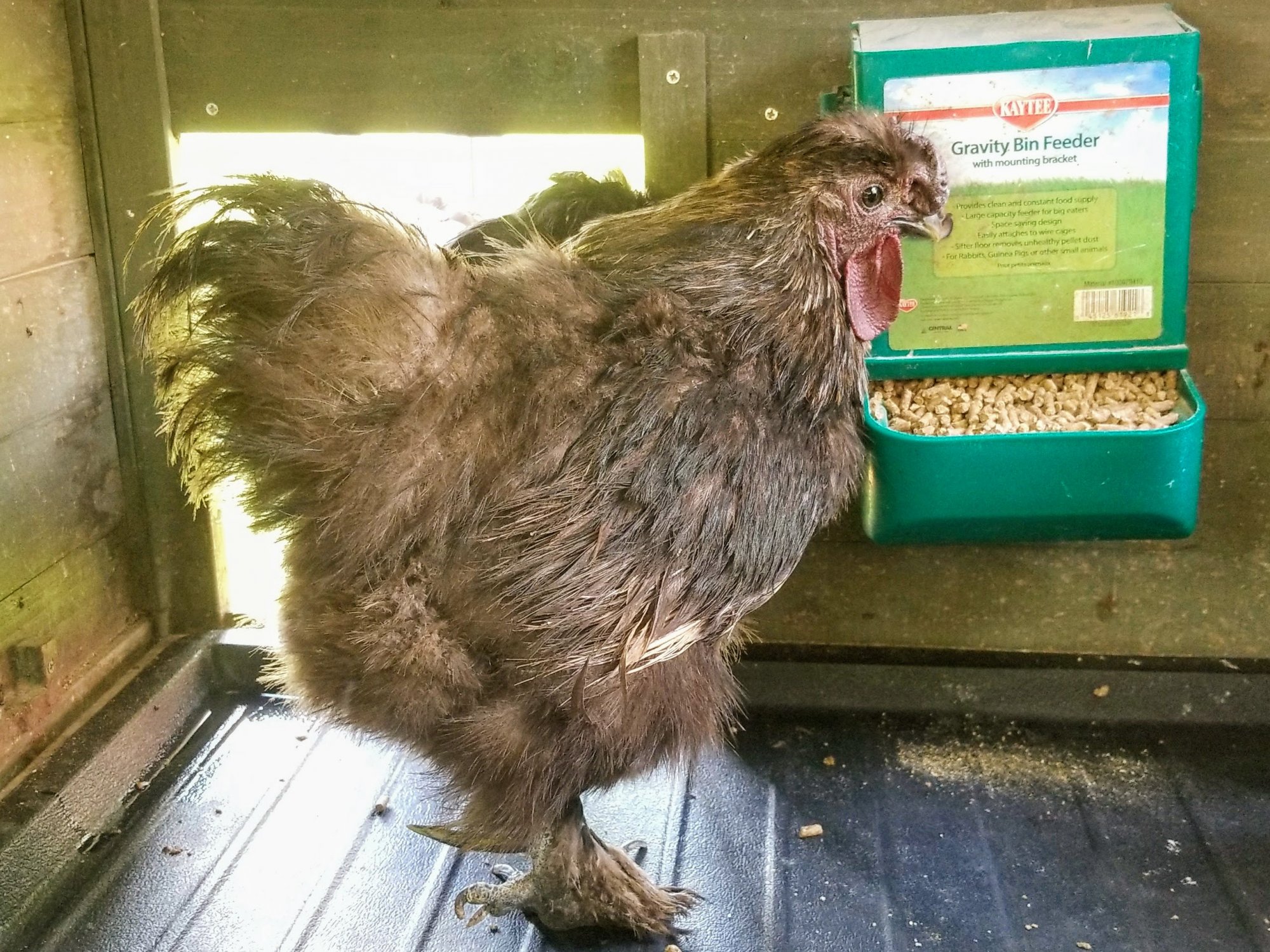 Keep a close eye on him. Any drainage from his nasals (do you see him shake his head occasionally or gulp like he is drinking or sneezing). Sometimes labored breathing looks like he is just hot until it starts really restricting so watch your other hens as well and compare.

I can hear my rooster breathing
2

Would pox affect a rooster's crow?