Should I be worried about raccoons?

thepick4uchicks said:
OMG! What part of the world do you live in? What time of the year? Was it spring time when they are having pups?
Click to expand...

Foxes will take a chicken or duck at any time of day, at any time of the year, in my area, near Saint Louis, Missouri. I often see them cruising by the pens, looking for an opportunity.

Do squirrels ever hurt chickens or steal eggs? I've wondered because there are a lot of squirrels around. My girls are always chasing them up trees, it looks funny. Nobody ever says anything about squirrels. I used to have a lot of crows and the girls were so scared of them, mostly because they would swoop real low to scare the girls away from their treats then quick return to steal it. I had to sit close while they ate their treats. But they never hurt the girls, just chased them away. I read them that they generally don't kill chickens like Hawks but will eat one that's already dead

ConnieA said:
Foxes will take a chicken or duck at any time of day, at any time of the year, in my area, near Saint Louis, Missouri. I often see them cruising by the pens, looking for an opportunity.
Click to expand...

Wow! That is brave for foxes. They are not that brave or plentiful where I live. We have way too many coyotes. We do have fox but they are so skinny and poor looking when they are seen. Few and far between. Coons and coyotes are our main furry predators and hawks are our main fowl predators.

I live in the suburbs -- nice middle income area. I am literally 1/4 mile from the mall, major shopping districts and the hospital -- just to give you an idea. Never thought I had anything other than squirrels, birds and a "few raccoons" --

Since having cameras up, and being vigilant since I have chickens, I've learnt that we have coyotes (huge eastern coyotes), fox, skunks, weasels, opossums, red-tailed hawks, eagles, owls, rat snakes, a feral dog pack that wanders, and raccoons that are huge in large numbers -- they ALL WANT TO EAT MY FLUFFY BUTTS.

I know you already saw proof of raccoons -- but I also would encourage you to put aside any thought that other predators aren't a worry because you are in an urban/suburban setting. I was shocked at how much was going on that I had no idea of just because I didn't "see them."

Just saw this bugger lurking last night. It was just probing. Did not get through the apron into the run. First time we have seen raccoons in years. Knew they were around, just have the cameras in the right place.

jreardon1918 said:
Just saw this bugger lurking last night. It was just probing. Did not get through the apron into the run. First time we have seen raccoons in years. Knew they were around, just have the cameras in the right place.

Looks like a big boat daddy. Winters coming. Bringing out the big guns. The peregrine falcons at my house had the hunting party out early this morning too. Much earlier than usual waiting on my neighbors birds who free range to come out I am guessing. Mine don’t FR gladly. They were taking note of them though. All huddling together in one spot of the run clumped together looking up and watching me searching for what was making all the shrieking noises and calls not too far enough for their comfort or mine above our pecan trees over head. If it was legal shooting them I would have easily taken them out. They have become pests. I love them for all their natural glory but they have eliminated lots of our local ducks and geese that usually stay around this part of the area in our creeks close by. We live close to the Tombigbee River and the ducks and geese have no escape from a family of six falcons around here that hunt day and night.
B

cmom said:
If you are curious to see what roams your property, put up a game camera. I have several and have hundreds of pictures from them. especially coyote. I have electric wires around my coops and pens, concrete under the gates and good heavy duty netting covering all of the pens. Owls hunt at night and I have lost some birds to owls in addition to fox, coyote, possum, hawks, and bobcat. I haven't had any losses in quite awhile. Eventually your birds will be discovered. It's just a matter of time. It may not be this year or next, but eventually. These predators know the electric wires are there. Good luck and have fun...
View attachment 2333037 View attachment 2333040 View attachment 2333043

Cmom I need recommendations for a game cam. Could you help with that?

I have several identical to this camera. They are made under different names. They all take good daytime pictures but not all cameras take good nighttime pictures.
https://www.amazon.com/s?k=game+trail+camera&page=2&crid=RL8HJGL1SX29&qid=1600783911&sprefix=game+trail+camera,aps,778&ref=sr_pg_1
Here are two pictures taken with two different cameras from the same spot. The top picture was taken with a camera identical to this one. 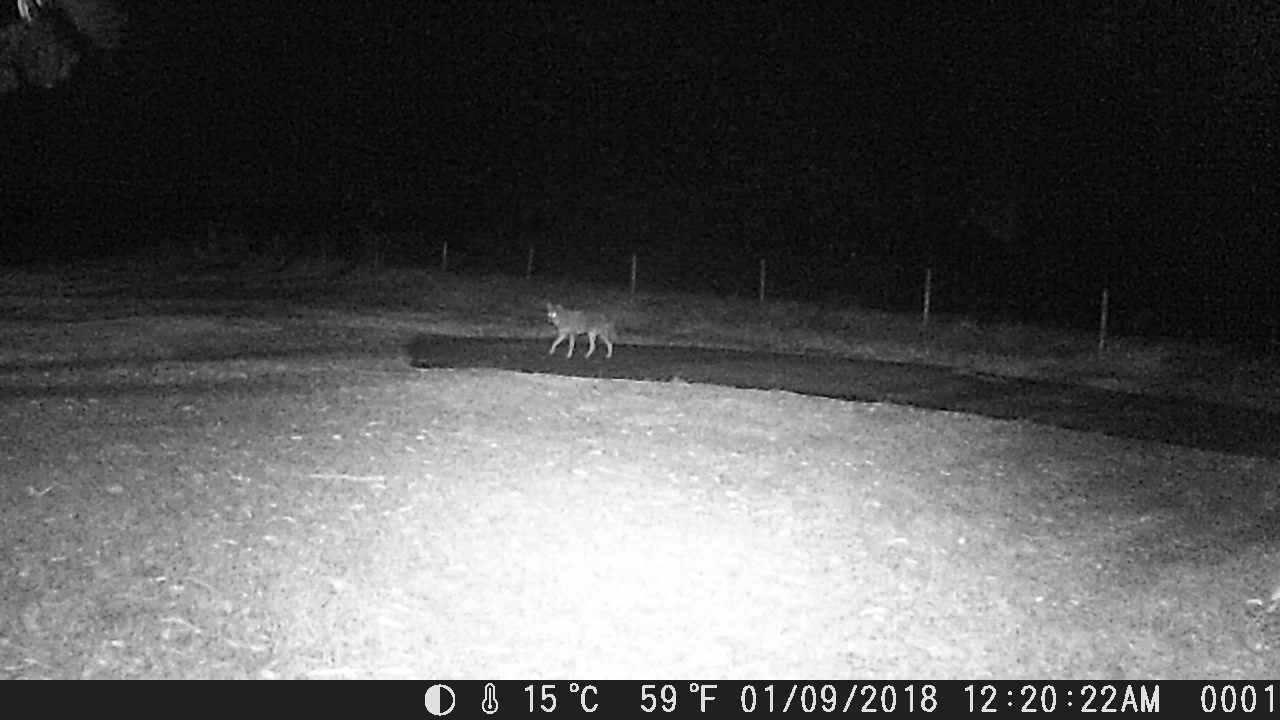 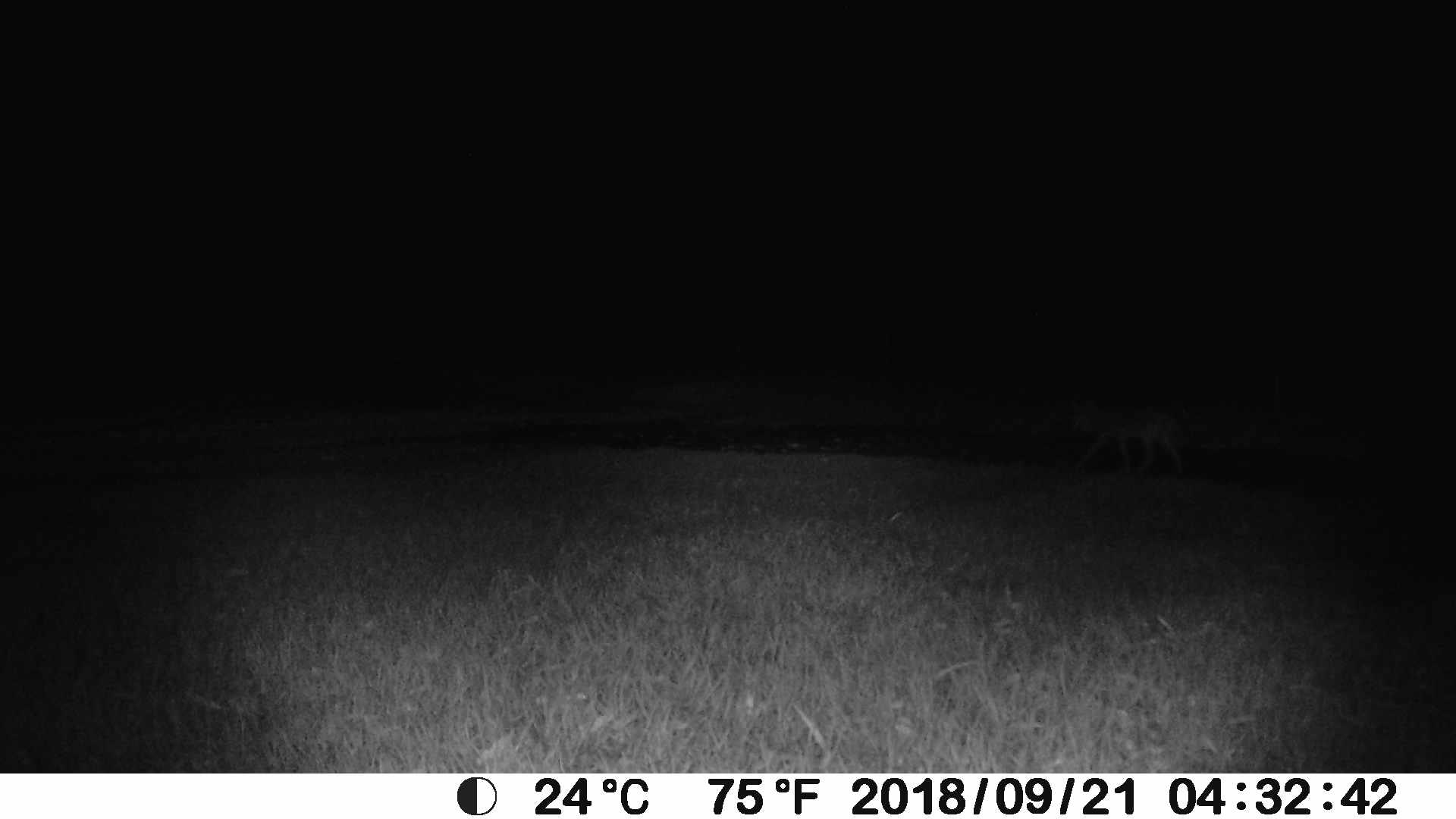 Coons and possums love to kill and eat chickens and a good sized coon will kill more than it can eat or carry away. No chicken wire, use welded wire or hardware cloth. Use a hot wire too.
You must log in or register to reply here.
Share:
Reddit Pinterest Tumblr WhatsApp Email Link