Also, unrelated, why did nobody warn me just how adorable it is when silkies get their little puffball tails and shake them? Joni has definitely learned if she jumps in my lap and does that she's guaranteed a treat

I know, right?? Everything they do is just floofy adorableness!! I love watching them run hehe, they waddle and wiggle

If you have questions about the project, feel free to ask?

LynnaePB said:
Awww what a bunch of cuties (and great pictures of them too)!!!

Hmm as far as some basic color genetics I guess explaining would depend on what you'd like to know? Are you interested in what colors can go with what without messing up the standard colors too much?

I'll take a shot at trying to explain a bit. I breed paints so that information should be pretty accurate but the other colors I have less personal experience with and may have some information a bit off so take it with a grain of salt.

Buff and partridge often have somewhat similar genetics with buff having some modifying factors (I don't know everything involved but I know buffs have the addition of the columbian gene that pushes the dark feathers to the tail and wings mostly). Buff should be paired with buff and partridge to partridge but in a pinch pairing a buff with a partridge won't mess the color genetics up as badly as some other color pairings. Buffs can also be wheaten based rather than partridge based and many buff breeding programs have both in their breeding pens with each base having its strengths and weaknesses (partridge based tend to have darker skin but also tend to have smut which is the darker feathers in the wings and tail, wheaten tend to have lighter skin).

Grey is basically the silver version of partridge with some minor pattern differences. Greys should be bred with other greys. If you breed them to partridge the genetics will be similar and you can get both more greys and partridge depending on the paring but the partridge is likely to introduce the patterning that greys aren't supposed to have (penciling). It may also introduce autosomal red which is something you want to avoid in greys if breeding to standard. I use the term silver partridge sometimes but only grey is a recognized color in silkies and a genetically silver partridge bird would likely be called grey (despite having the patterning that greys aren't supposed to have).

Self blue (genetically these are created with the lavender gene) is one of the least common standard colors and can be tough to find. I've also heard it is a harder color to breed with lower survival of chicks. I'm not sure exactly why, perhaps it has something to do with a lack of genetic diversity or something to do with the lavender gene itself (I'm sure a self blue breeder would be able to answer more accurately). It is a recessive color as well so two self blues should produce only more self blues. Blacks can be bred to self blues which makes a black split to lavender (they look black but carry lavender) that can be bred back to self blue or another black split to create a percentage of self blues. Two black splits bred together should produce about 25% self blue chicks, 50% splits like them, and 25% black that are just black without carrying the lavender gene. When a black split to lavender is bred to a self blue you should get 50% self blue and 50% black split to lavender. Other colors really aren't so good to breed to self blue if you are breeding towards the standard as things like partridge or buff will introduce some cream color and blues or splash can make telling the true self blue/lavender offspring apart from the light blue offspring very difficult. Black is a good neutral base that shouldn't introduce unwanted genes and I assume it may be bred in to help with genetic diversity and improving type.

You may get some better answers from someone else but since you already know about blue, black, and splash I think that about covers the currently recognized colors. I hope it was somewhat helpful and not too confusing!

Thank you so much, very helpful!!

MysteryChicken said:
If you have questions about the project, feel free to ask?
Click to expand...

How long have you been working to get this far? Are you working towards breed standards or just size mainly?

MysteryChicken said:
The goal is a 3ft silkie.
Click to expand...

kurby22 said:
How long have you been working to get this far? Are you working towards breed standards or just size mainly? 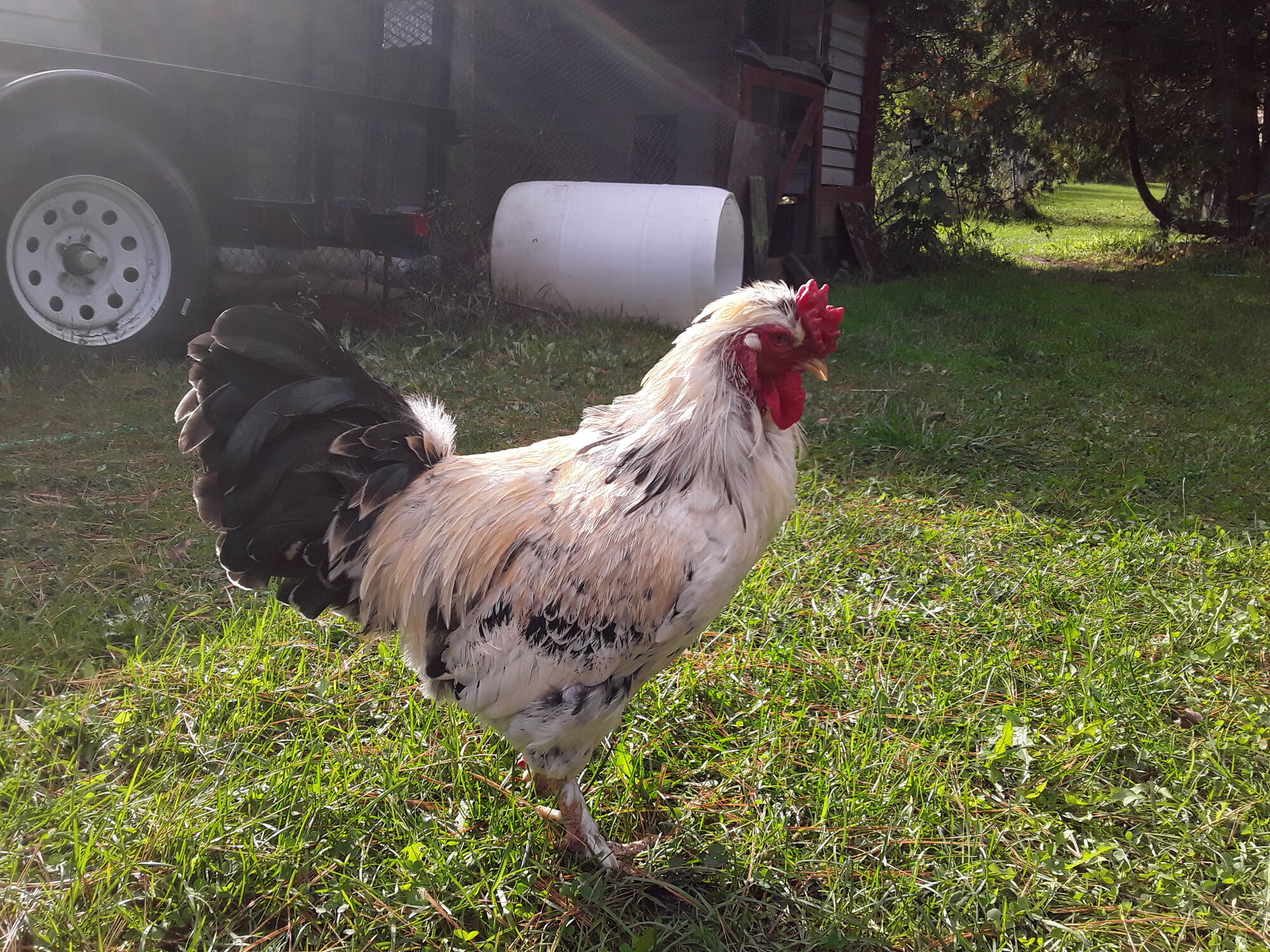