So went out a couple nights ago to put my ducks up for the night and they were super agitated by something.
I got to their pen and found the issue

a snapping turtle had buried itself in the mud a few feet from their pen.

it had settled in there. There’s a ton of frogs and worms there
My future son in law came down and we got it out and into a Walmart bin. Put some water and food for it In there. And he was going to relocate it. We covered it, went inside for a minute. Came back maybe 15 minutes later and it was gone. Cover of the bin on the ground. Bin still upright, no sign of the turtle. Scoured the yard and found nothing. No tracks in the mud around the bin, no tracks in the mud around the pond, walked around the yard and found nothing.

So with all that, what can I do to try to catch this turtle.

my ducks never leave their pen so I’m actually not worried about them, but I have 5 dogs that I don’t want to get bit by this turtle

Random note it’s a mom and we found one of its babies in the pond. We named the mom Brittany 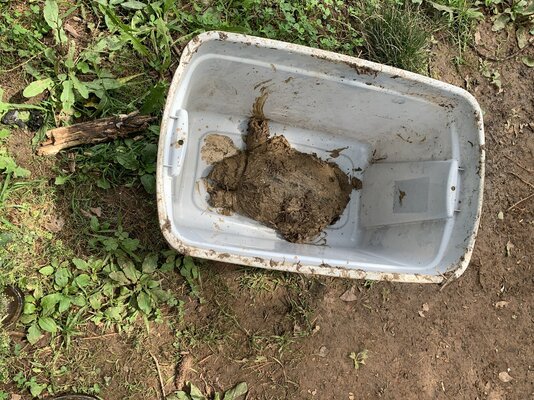 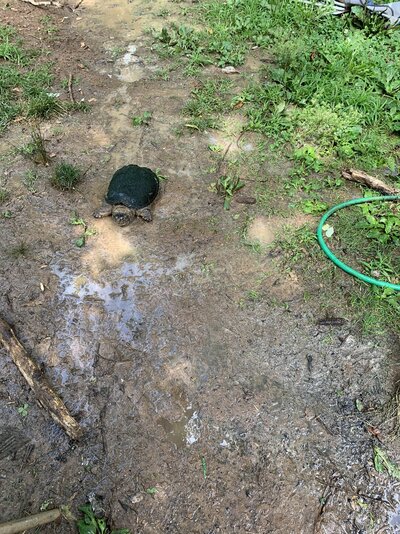 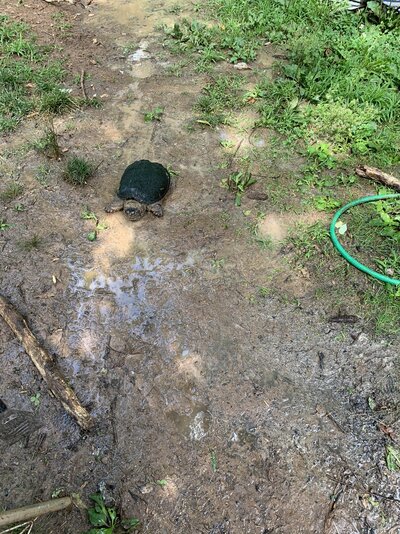 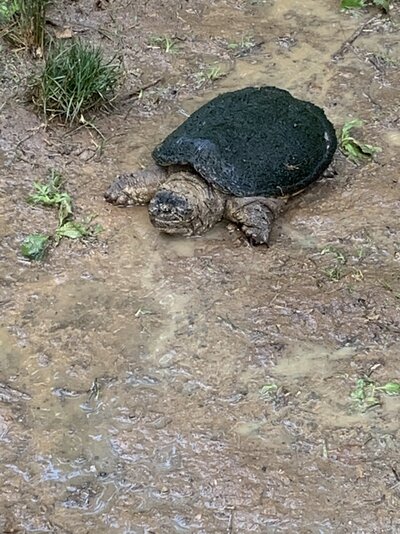 These turtles pay havoc on ducks of any breed . They eat the ducklings whole and the adults are grabbed by the feet and pulled to the bottom to dine on later .

They have to come up for air and usually like to bask in the sun. Get a .22 rifle with a scope and blast that sucker. Might try seining the pond, if you can find someone willing to take the end out into the pond with snapping turtles.

Not sure if it’s a predator