So, something is trying to get my chicks, and I'm not sure what to do

We have a TSC coop. For now, we are using it as a transition coop. So I put the chicks outside during the day usually, but last night I decided to try them overnight. This morning I went out to check on them... 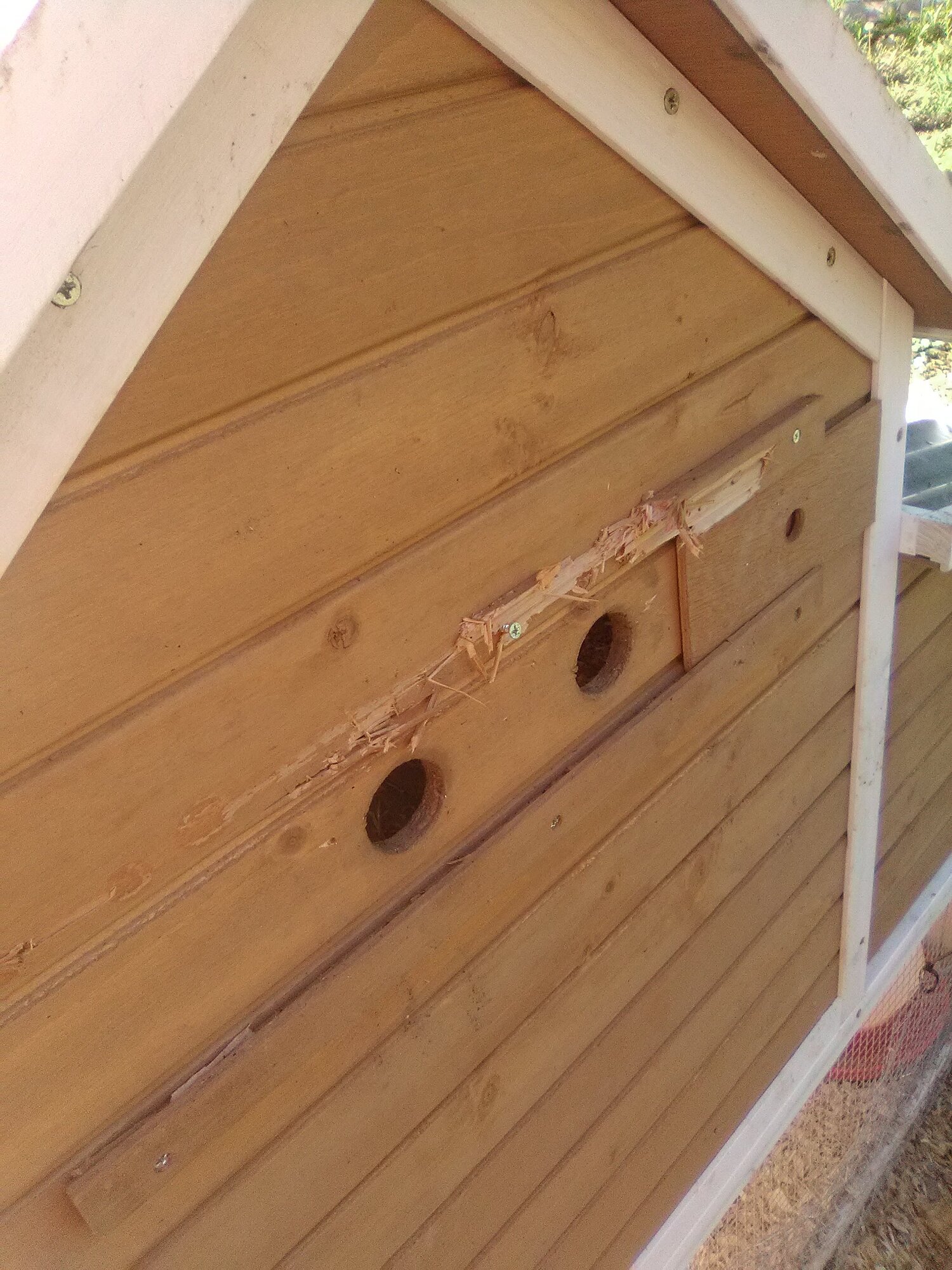 That was not like that at all. This is still a brand new coop.
Idk if you can see it in the pics, but there are footprints everywhere 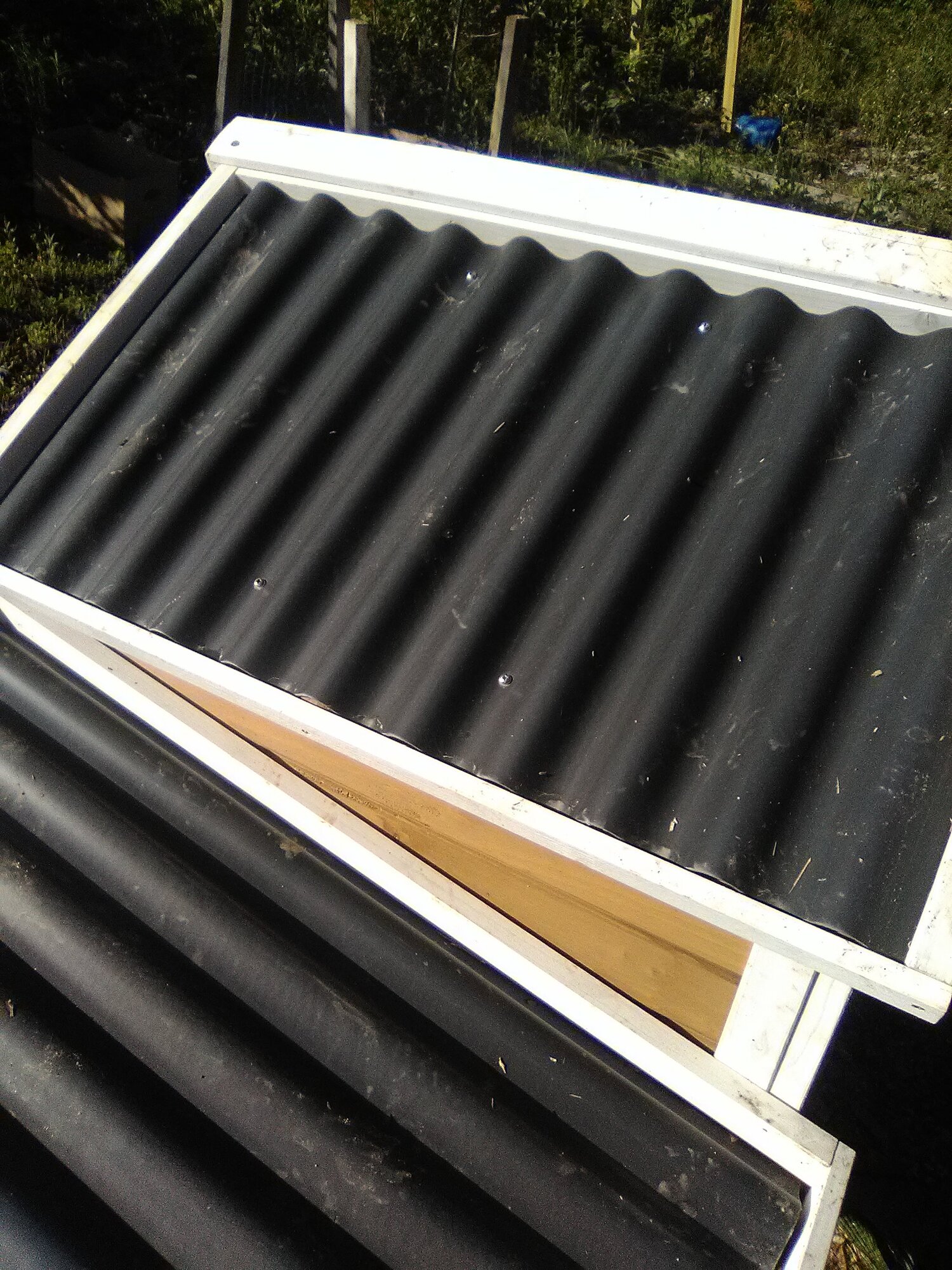 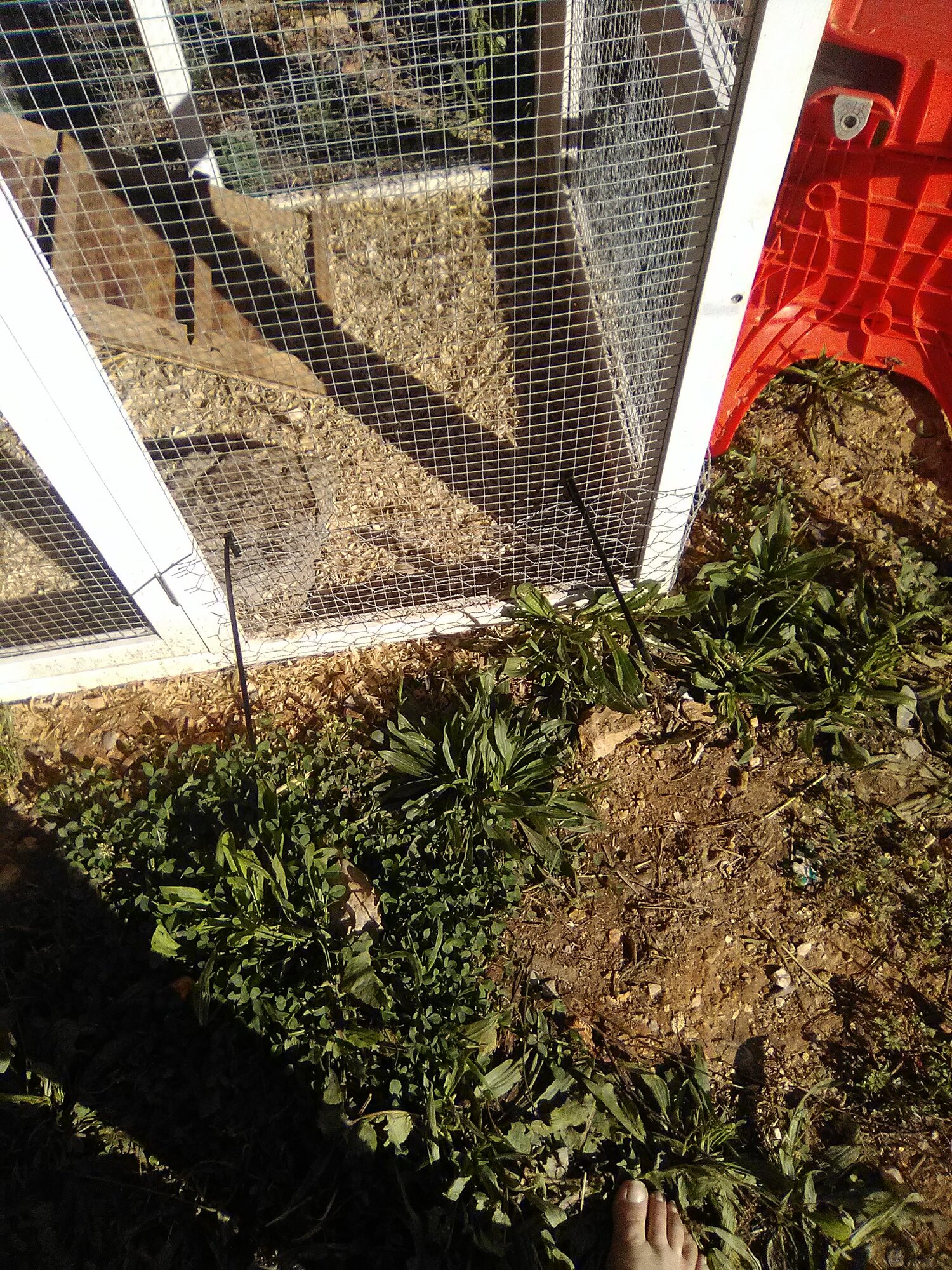 The only places it's not wrapped is at the doors so I can get in and out of it. But at the one door, it almost got the quarter inch wire pried out at the bottom.

I know it's either a coon or an opossum, because the opossum has been unsuccessfully trying to get in the main coop for 2 years. I can bring the chicks in at night still, but can't do it forever....

Set up a game camera. If you don't already have one you can find them easily and (pretty) cheap.

Put up a motion light. Usually animals will run when it turns on

Ruby Rogue said:
Set up a game camera. If you don't already have one you can find them easily and (pretty) cheap.
Click to expand...

Yeah, we were just talking about that. My husband says it's coon tracks on top of the coop. But he found a hole dug out under the big coop, and found some cream/orange fur, so I wonder if there's a fox too.

I'm going to bring the chicks in at night until we can get a trap or something.

Grading essays - be back soon!

This may or may not be helpful, but our local raccoons broke the 2x2 boards on one of our chicken tractors! The boards!!! They also pried a nailed in board on the bottom of a coop off. They are strong and persistent.

My best advice is to create a welded wire pen around the house; dug into the ground and over the top. Chicken wire is child's play to a hungry raccoon.

They're smart and they just don't give up! Arrrggghh!

With the prints on the top, of the metal I’m guessing a raccoon. Possums can climb too but I think with the damage it’s more likely a raccoon.

Those def look like raccoon prints. Grr! They are the worst! I'm surprised they didn't get in because they are so dextrous, strong, and petsistent. I have moved to a dog kennel (with an actual roof) covered with hardware cloth. I'm adding electric fencing soon. I STRONGLY suggest you use hog rings to attach the hardware cloth to the run or "sew" it with heavy gauge wire. Zip ties won't stop them.

The raccoons know they're there. They will likely be back. Good luck! IMO, raccoons are the worst chicken predators!

That's raccoon foot prints on top of the coop. Is the buried fence going straight down into the ground? The buried fence should extend out horizontally away from the safe fenced in area like the bottom of the letter L. Extend it out 18 inches or more and bury that horizontal portion. Predators will get as close as they can to their prey then dig under the obstacle between them so you want them to be standing over buried wire fence so they can't dig down through it. They will not back up and try to dig from further back because this is against the natural instinct.

Mark3031 said:
Put up a motion light. Usually animals will run when it turns on
Click to expand...

This is not always true. I tried motion lights and the predators got used to them and it didn't seem to bother them that the lights came on. Good luck and have fun...

P
Raccoon trying to get in

M
Help! Silkie chickens one dead and one badly injured !!