Struggling with my current duck hatch

Hey everyone popping back in because my current duck hatch isn’t going the way I thought it would. I hatch call ducks frequently and am experienced on assisting. I decided I’d try my hand with some indian runner duck eggs. Out of six eggs, all six started developing with no quitters along the way. I noticed that three of the eggs were on track like usual and the other three had smaller air cells. They have all been incubated in my nurture right 360 with a humidity of 50-55. They have always been in the auto turner. On day 23 I checked everyone and I noticed some eggs were beginning to shadow and rocking back and forth. I thought this was early but sometimes my call ducks start drawing down about a day or 2 before internal pip.
Those three with the small air cells looked different. One of the air cells had shadowing but it just didn’t look normal. This to me in the past has been a big indication that the baby is malpositioned. I decided I’d keep checking back looking for that “bruise” on the shell to figure out where the baby is. I waited and sure enough there went the first one with a bruise over the small end. This one was very easy to locate the bill, as I could feel it tapping away exactly where the bruise was. I gave it a safety hole yesterday around 3pm. I checked the babies again this morning and sure enough a tiny bruise on the second egg and a yellowish discoloration with a bruise on the other. I promptly went ahead and gave them safety holes over the bruises after locating the bills. I have never had this many malpositions in one hatch, especially with the auto tuner. I am also confused as to why they are not hatching on day 28.

3 malpositioned in the small end

3 internally pipped in the air cell.

Looks like I’m on full assist mode for those littles. I was hoping that these guys would do everything on their own!

Hopefully they’ll be ok. They are just peeping away at me! 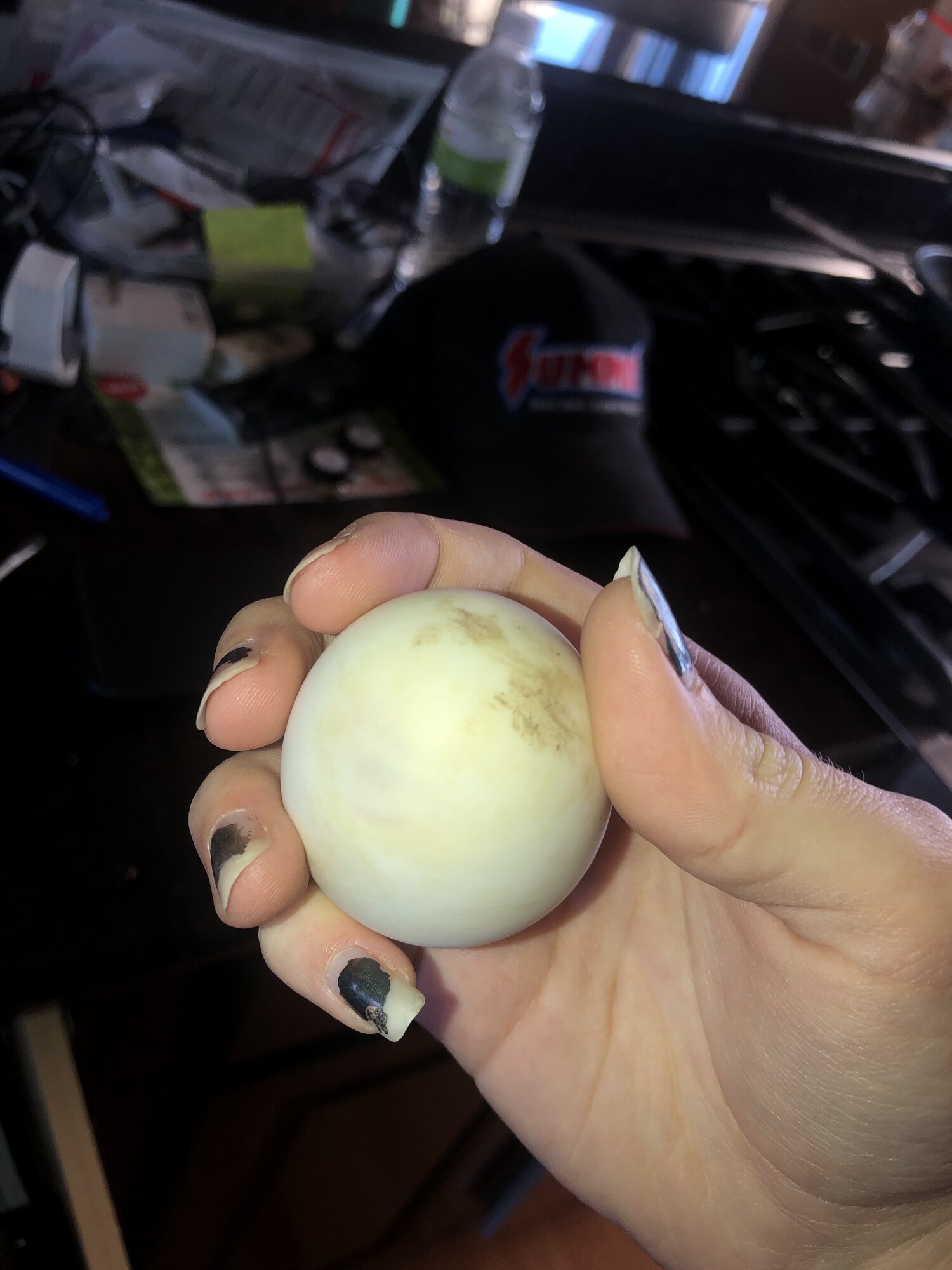 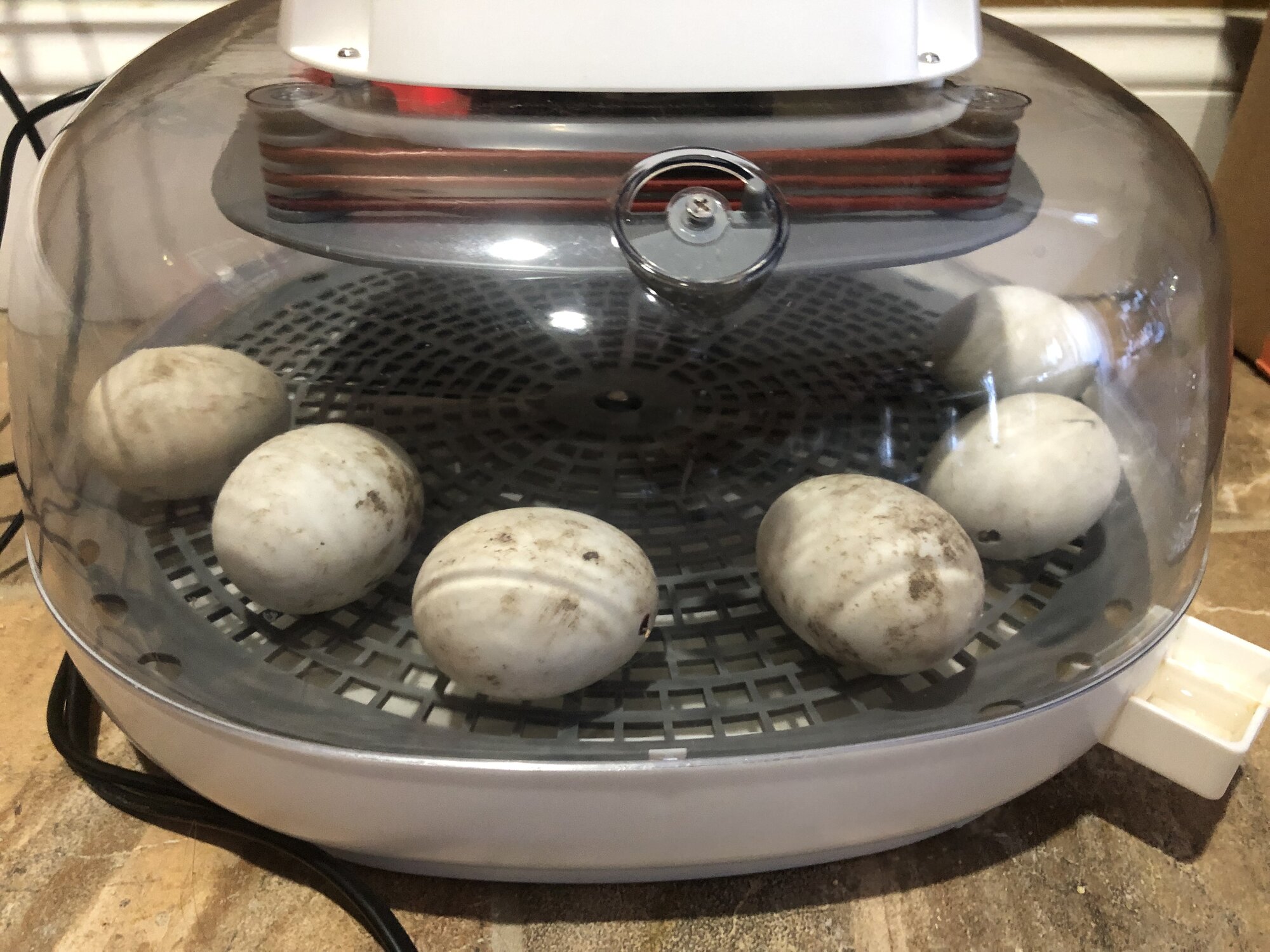 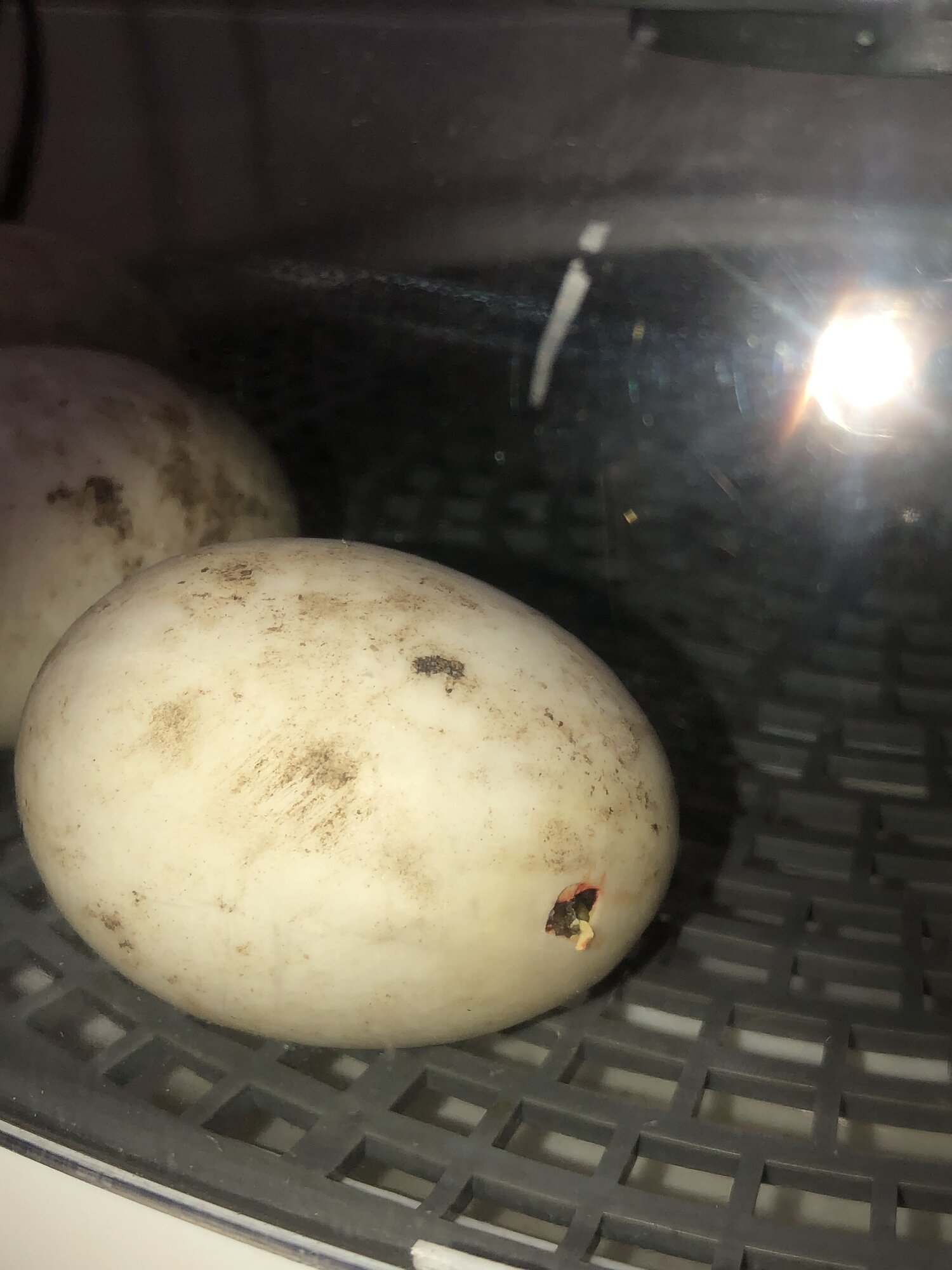 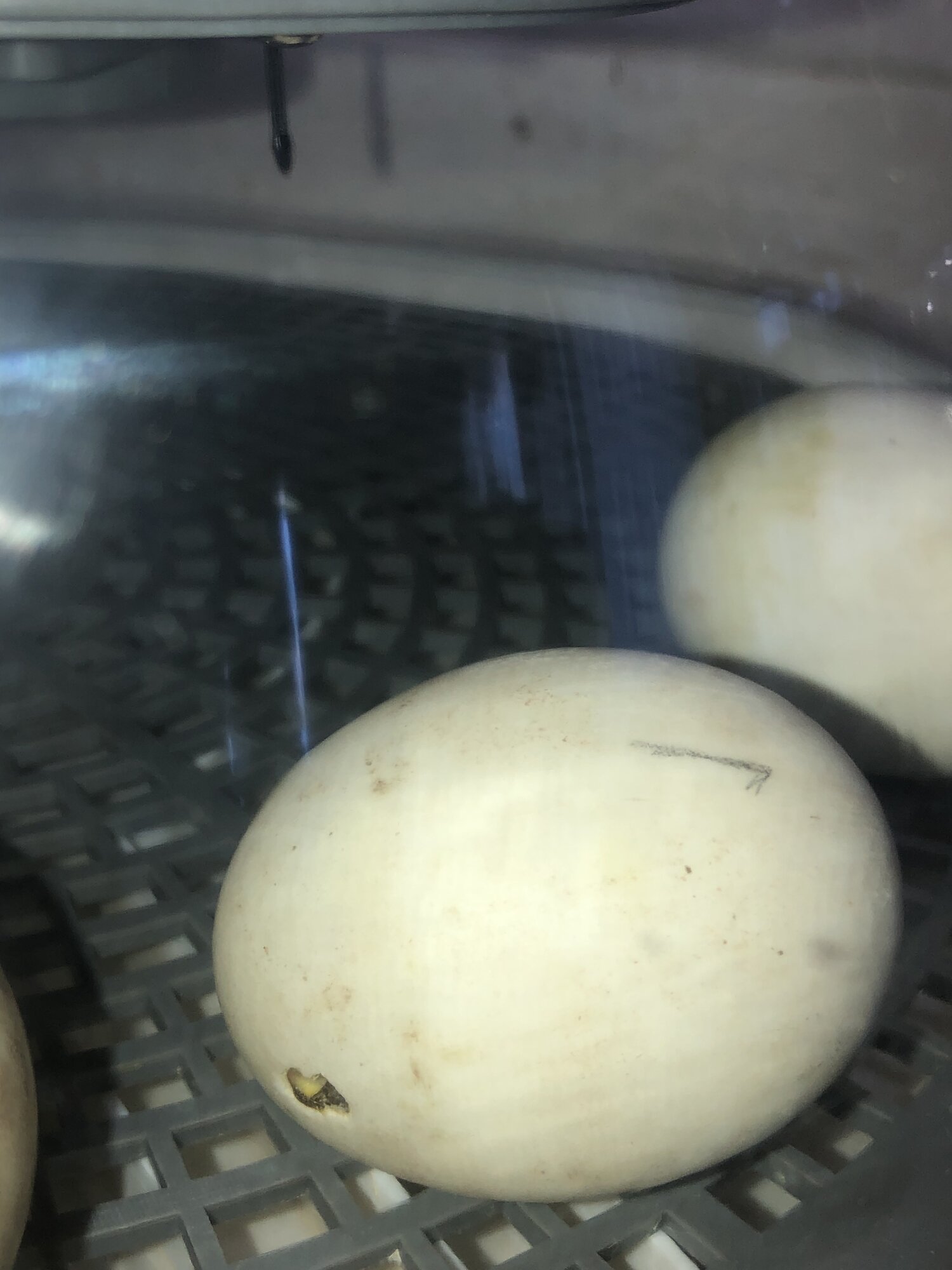 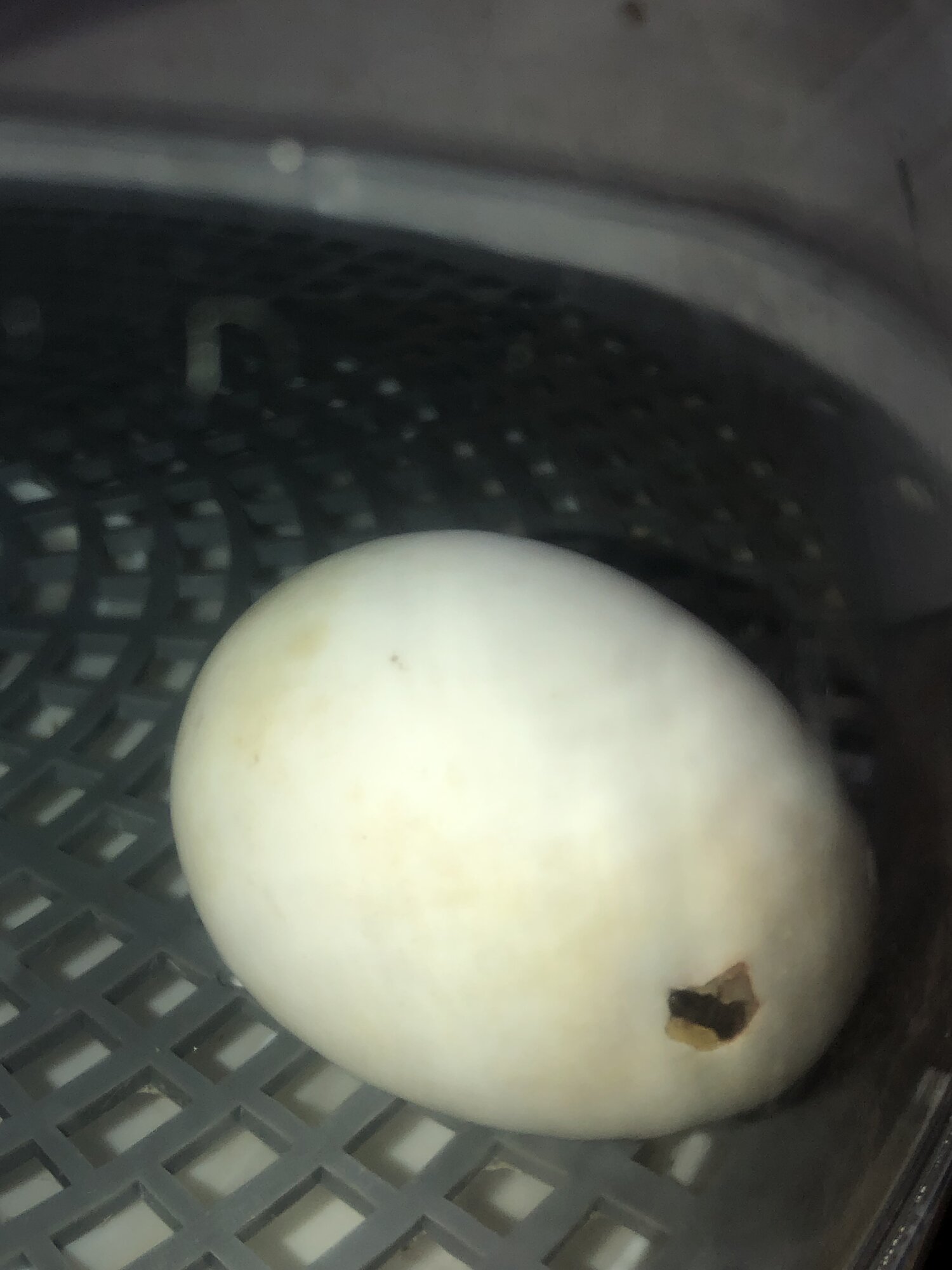 Lost one of the backwards babies. (The second to bruise the shell). Not sure why, I just gave it it’s safety hole this morning.

Here’s the first backwards baby doing well! Hope all 5 left will make it.

Hoping for the best!

We need some expert Hatcher’s here for some answers hopefully.
@WVduckchick
@HollowOfWisps
@shawluvsbirds
Sorry about the 2 little ones. Hope the others hatch without problems!

igorsMistress said:
Hoping for the best!

Thank you, me too!

Miss Lydia said:
We need some expert Hatcher’s here for some answers hopefully.
@WVduckchick
@HollowOfWisps
@shawluvsbirds
Sorry about the 2 little ones. Hope the others hatch without problems!
Click to expand...

Thank you so much for tagging everyone! I hope so too! Sorry I just realized my wording was not the best in the above post. I edited it now. Thankfully I only lost one baby. It was the second one to bruise the shell.


The other 5, including the two backwards babies are still doing well. 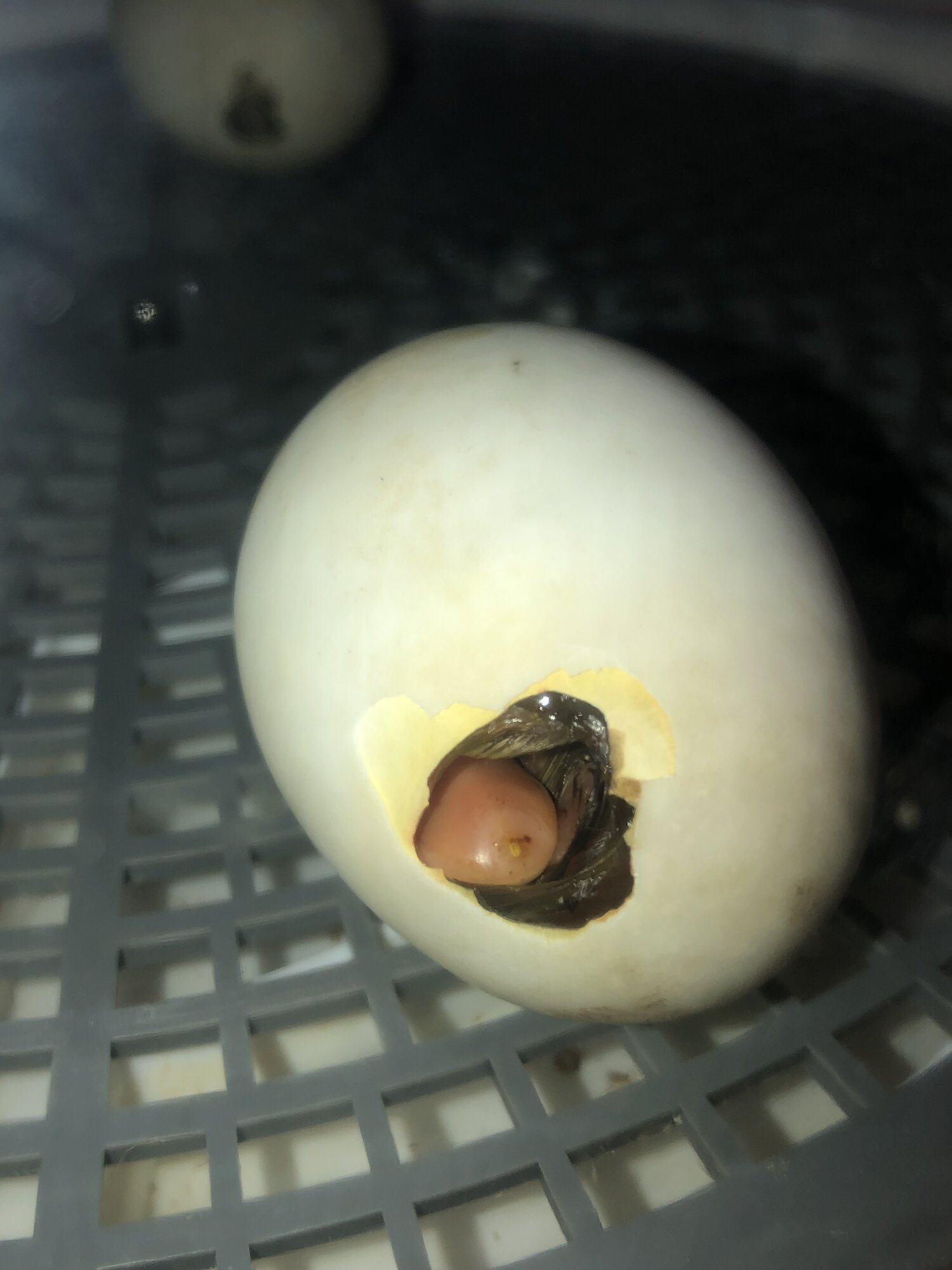 You can do it baby!

So exciting look forward to seeing them.