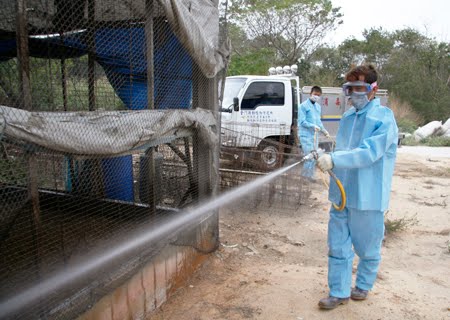 The China Post news staff--Taiwan has reported its first H5N2 bird flu case this year after test results confirmed that chickens at a poultry farm in Changhua County were infected with the virus.

Despite the infection, the farm has not logged unusual death rates, contrary to rumors that a large number of its chickens have died, the Bureau of Animal and Plant Health Inspection and Quarantine (BAPHIQ) said.

But the farm has already been put under quarantine, and banned from transporting its chickens outside. Its eggs, however, are still allowed to be sent to the market after pasteurization, the bureau said.

VND Quarintine lifted in SO CAL!