The first bunch has moved out.

The first bunch of chicks I bought have been enjoying the fresh air.

They did very well their first night.
I think they are loving all the extra space.

Still trying to figure out who is a boy and who is a girl. 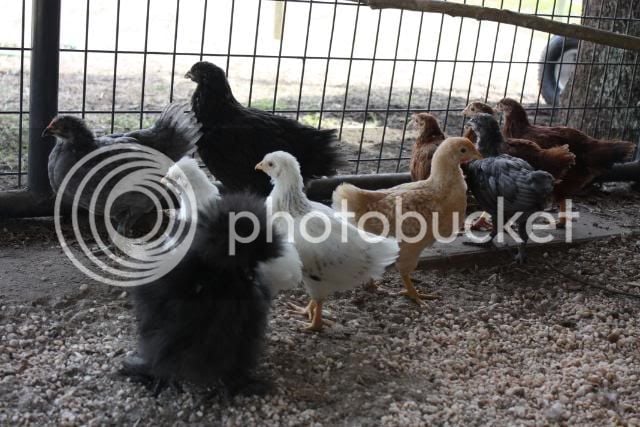 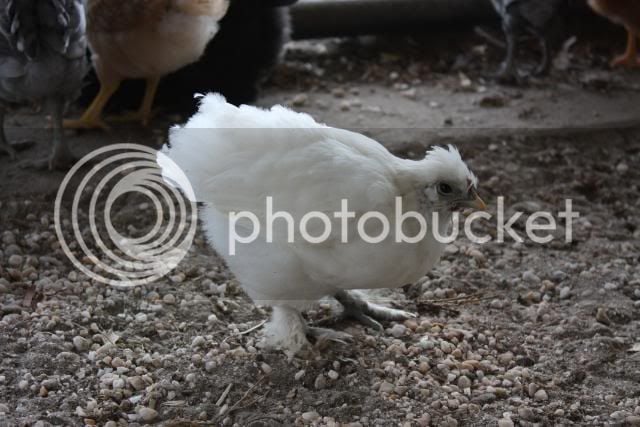 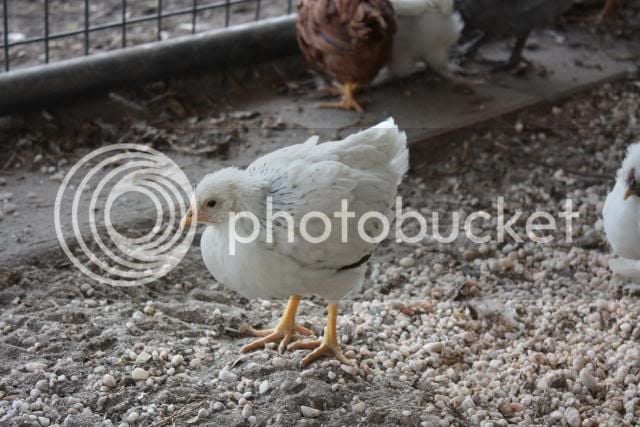 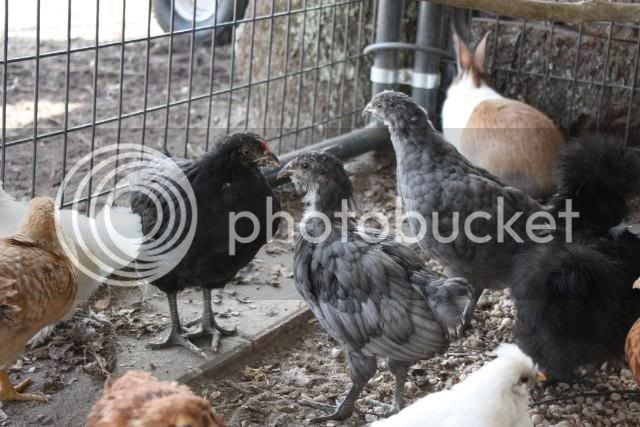 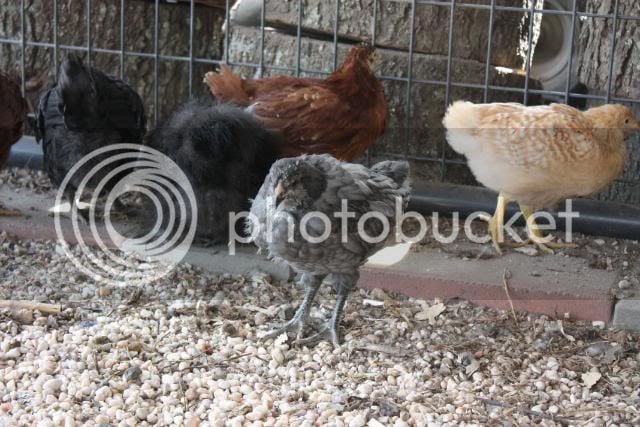 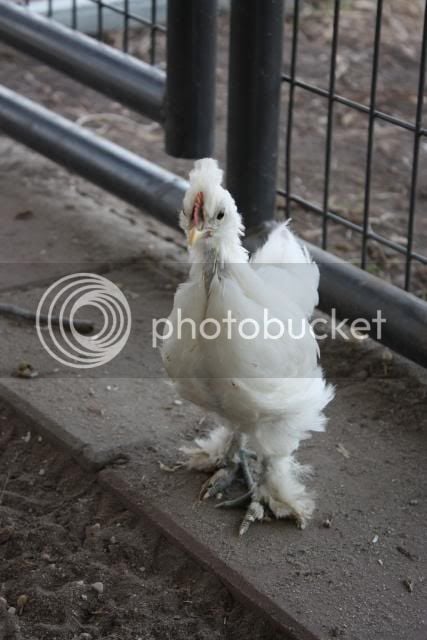 I joined the two indoor cages so the last group have more space too.

Wow so cute! You have a great camera, mind if I ask what kind it is? I plan on getting lots of pics of the new batch coming in in late April. I noticed that you have a bunny in the pen. Do bunnies and chickens cohabitate well? I never tried, but thought of doing the bunny thing....

The last one (white silky) is a roo. Is it just the picture or does he have bad toes? Shouldn't he have a blue peacomb? The rabbit is definitely a rabbit

Looking at your pics again and I'm worried. I ordered the black silkies, and I see yours and think they are so cute that I want to squeeze them... hard! Yikes, could they possibly even BE any CUTER!!!

I forget what the white silkie is mixed with, but nobody in the group is pure but the black silkie and the RIR. So I hope that clears up any confusion.

Both of the white silkies in there have different combs.

Never had rabbits and chickens together before. But from reading on here and thinking what the old settlements were like I think it will be just fine. The chickens and rabbits are not sleeping together as they each have their own quarters I lock them into at night. Also when the rabbits are out they are not alone with the chickens.

The Camera is a Canon Rebel. Been wanting a rebel for a while and I was able to get one finally! Best Buy had a deal nobody could beat.

Hooray! So glad to hear it is a canon rebel because that is what I have... Hopefully my pictures will look as good as yours!

Oh I wish it was nice here I have 4 Marans that are between 12 and 17 weeks that need out of our attached garage. The rooster is driving me insane. It crows every 2 mins or so. Its madding but he's beautiful so I try to ignore

My judgement is that they are all beautiful and the last two are roos.

I think the last silkie is too.

But the 2nd to last I really don't know. "Beautiful", my daughter named it, has a comb the same size as my RIR pullets.
It is also not as big as the other 2 EE that I think are Roos. I really , REALLY want it to be a hen.

A
Moving chicks to the coop in cold weather?
2