This is The Tale of the Formidable Jenny Lou

Jenny Lou, AKA: Dragon Lady, has the most interesting story of all the birds I have. Jenny Lou is from an old Hmong family bloodline. She hatched as an absolutely perfect, jet black chick, black skin from head to toe and all. I swear she came out of the egg fighting with the other chicks. Sparring too rough with her hatchmates, dangling off of the roosters wattles while thrashing with all of her might, attacking my boots every time I walked into the pen…she was so big and so mean I was SURE she was a rooster! That is totally uncharacteristic of Hmongs, who are typically very calm birds, so this behavior was very perplexing. I thought I was going to have to euthanize her at one point! I am SO glad I didn’t!!! More on that later…

I thought maybe she would settle down after she started laying…nope. Still mean as a snake. Then she went broody, and I thought maybe *THAT* would shift her hormones enough to calm her wrath…I mean, my thought was that she’d at least make a super protective Mom. Well…she killed two of her first batch of eight chicks before I could intervene.

I gave the remaining chicks to another broody hen, who accepted them happily. After that incident, I decided I needed to put Jenny Lou down.

But everything changed when, in an odd twist of fate, Jenny Lou was attacked by a neighbor’s dogs. She didn’t get seriously hurt, just some bruises, some missing feathers, a tiny puncture on her back and a scratched cornea…along with an abundance of dog drool. She spent several days in a crate to rest, then I put her back with the flock. Since that day she has been a different bird. She was quiet, shy and sort of kept to herself for several months despite being in otherwise good health.

Then she went broody again…this time I decided (for obvious reasons) NOT to let her hatch out eggs. Several weeks passed, and there was another hen raising chicks in the same coop where Jenny was sitting in a nest box. Over two weeks, I noticed Jenny Lou slowly taking more and more interest in the other hen’s chicks…like the sweet, motherly kind of interest! Softly clicking to them, gazing at them with soft, motherly eyes. Then one night I found several chicks underneath her, then several more, then she moved to the nest box with the other hen.

One night as I was getting ready to lock up the coops for the night, I heard a big commotion and screaming coming from the direction of the chicken run in front of the house. I grabbed a head lamp and ran out only half-dressed to see all of the birds from that coop out in the run looking terrified. As soon as I realized I couldn’t find Jenny Lou, I heard a murderous scream come from inside the coop. I shone my head lamp in there, and there she was, puffed up as big as a basketball and very, very angry. She had something cornered at the back of the coop, screaming in its face. I climbed in and shone my headlamp over the top of her to see what she had, to find a pair a big, yellow eyes staring back at me. It was one of the Great Horned Owls that hangs out in the Mesquite grove on the southern border of my property. I figured it must have gotten in through a hole in the bird netting. It had itself flattened out and puffed up against the back of the coop, looking bewildered and terrified, with a number of his own feathers scattered around him. As soon as he made a move to escape, Jenny Lou pounced on him again. I wasn’t about to stick my hands in there half naked without heavy leather gloves so I opened the gate (to let out the owl) and tried to find something to put between Jenny and the owl. The owl managed to break free and fly out by himself.

I immediately checked Jenny Lou all over for wounds, and aside from some feathers missing, some minor scratches here and there and a few superficial punctures on her legs/shanks (probably from talons) she was okay. I tended her wounds, gave her a big, long hug, told her what a good, brave girl she was and put her back in the coop along with all of the others. She is now co-mothering 17 chicks with the other hen and has turned out to be the best Momma hen I have, and the dominant bird in that pen. NOTHING touches those babies on her watch. Not even the dominant roo will cross her. If you look closely, you can see little feet under her in the first picture. 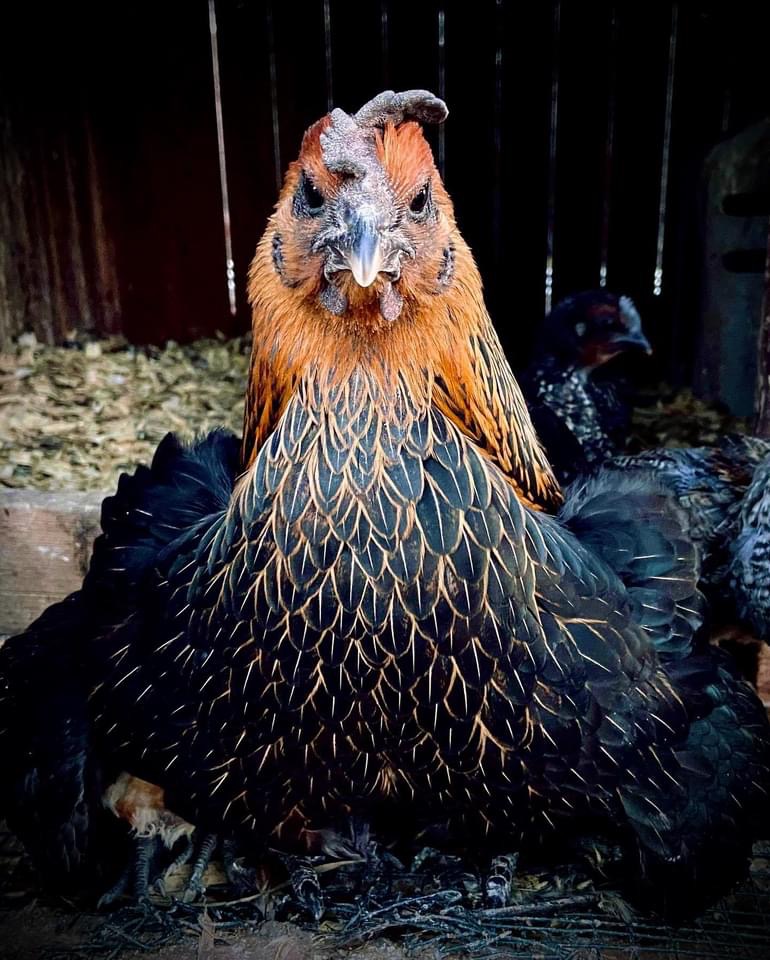 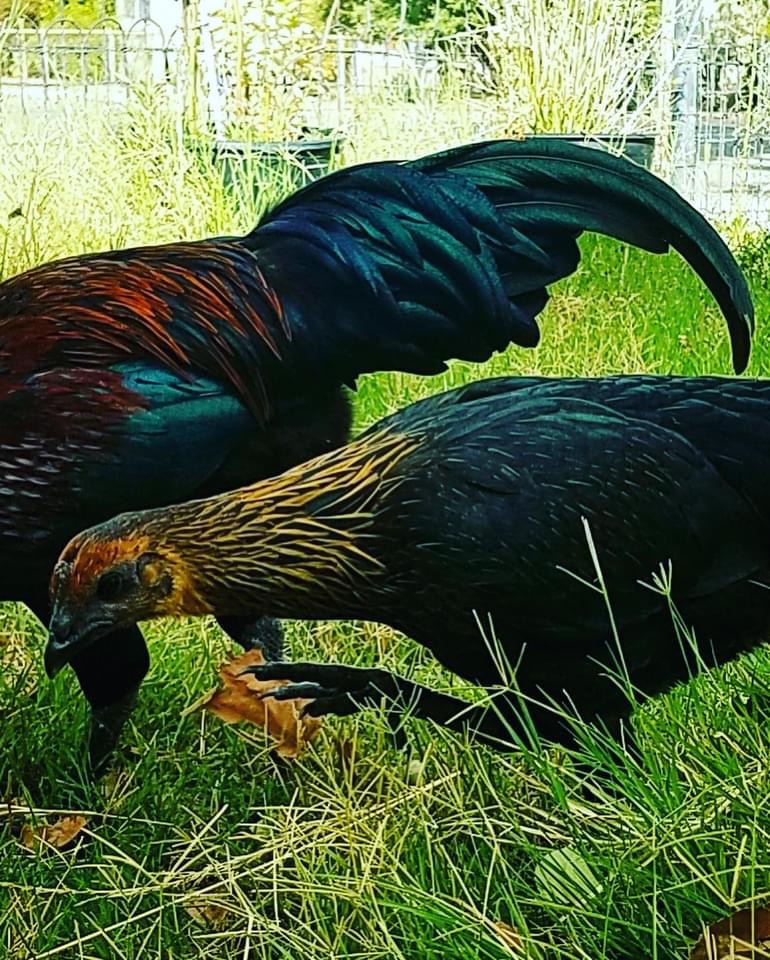 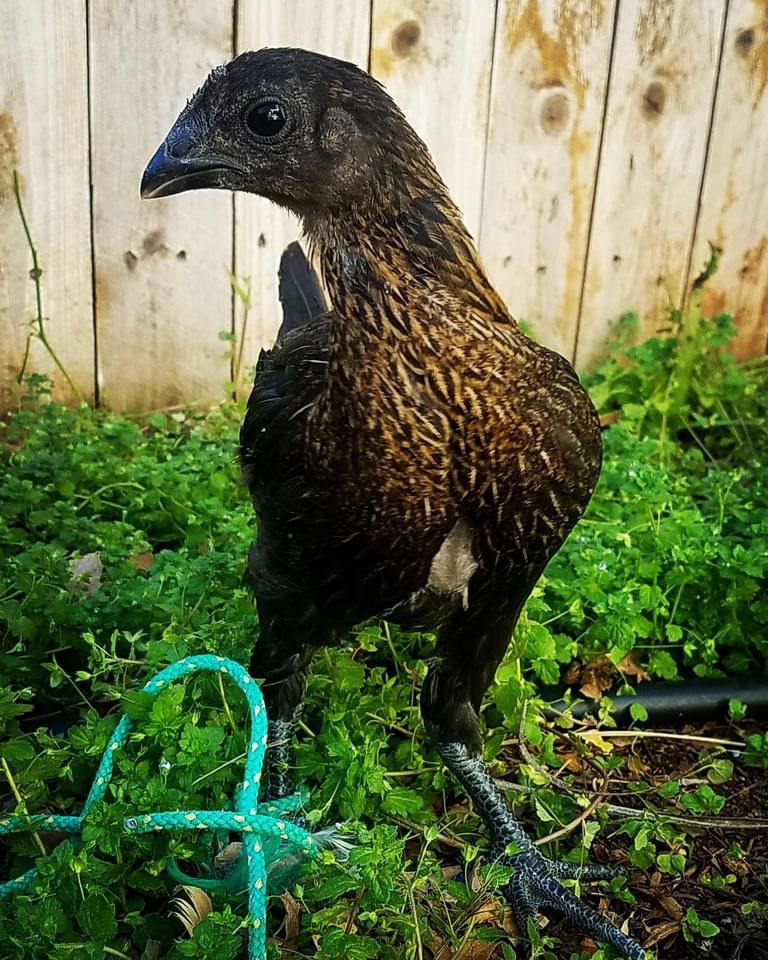 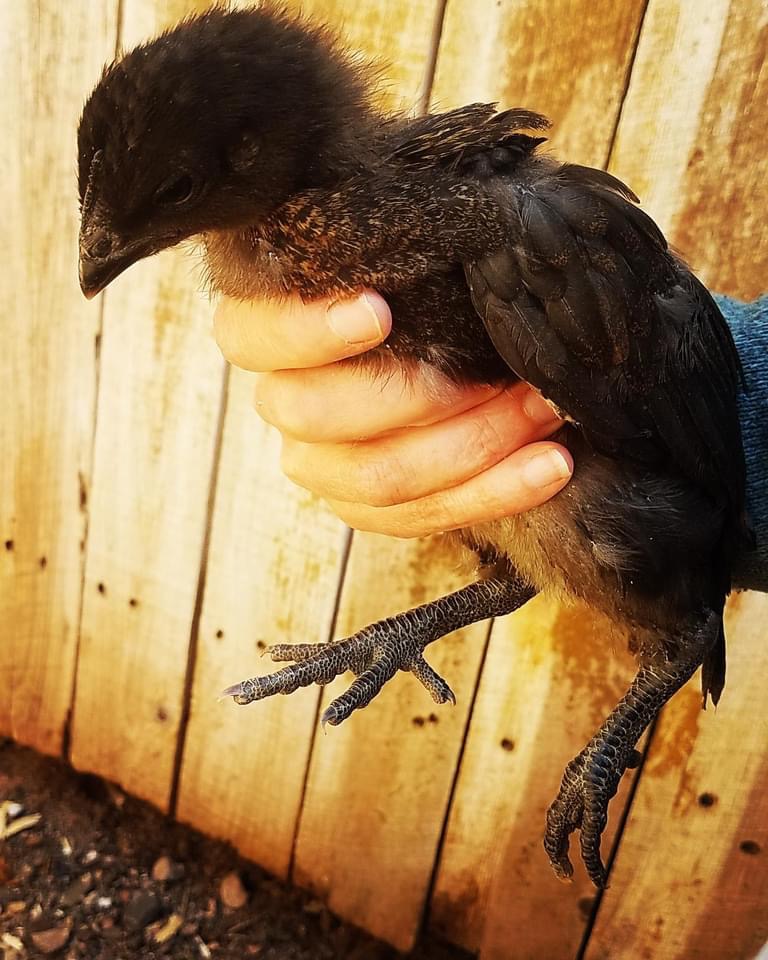 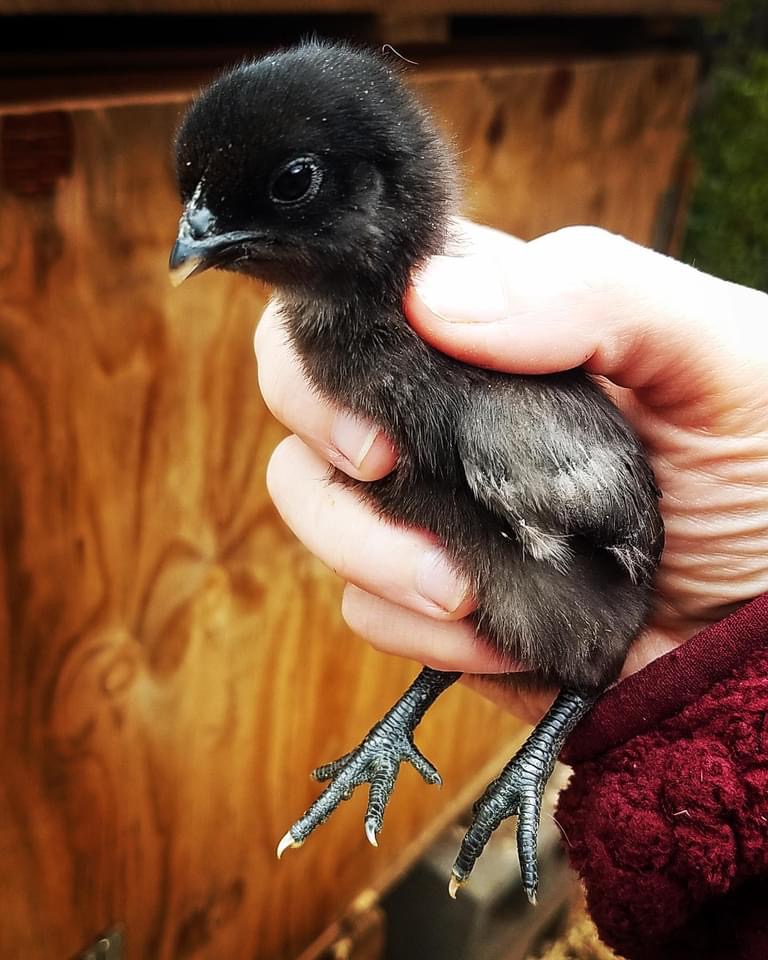 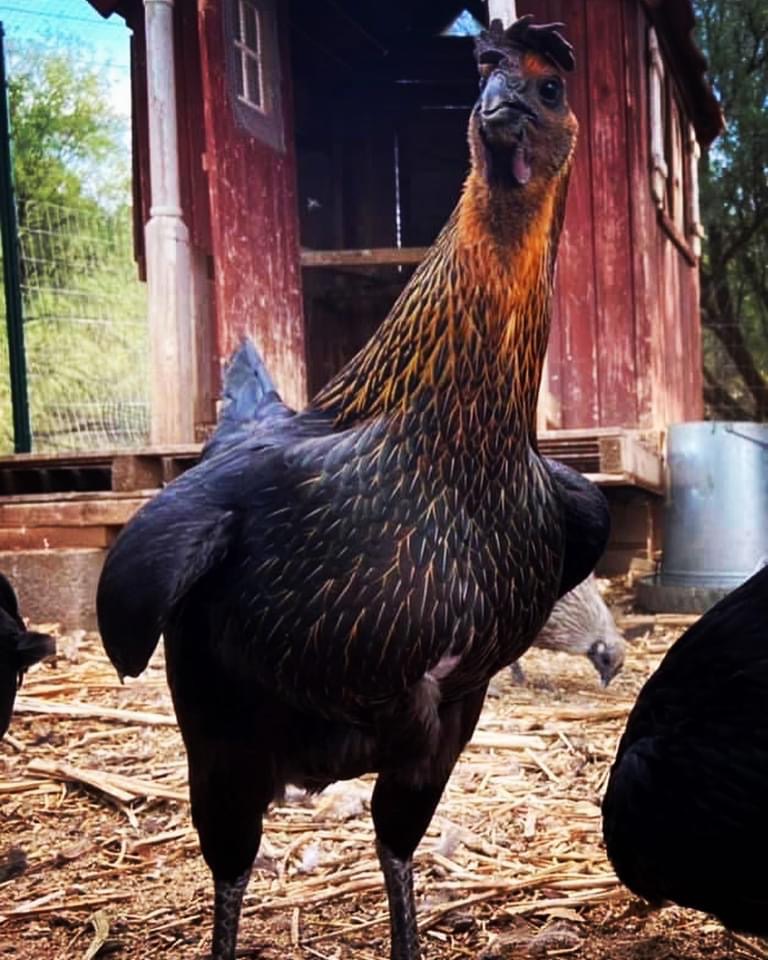 I had to search out Hmong chickens, since its first I hear of such. I am familiar with Ayam Cemanis.
Where did you get this chicken from???
BTW,,,,,, BEAUTIFUL STORY

What a wonderful story -- transformation, redemption -- who could ask for more? And, Jenny Lou is one beautiful girl! Long live the queen!

cavemanrich said:
I had to search out Hmong chickens, since its first I hear of such. I am familiar with Ayam Cemanis.
Where did you get this chicken from???
BTW,,,,,, BEAUTIFUL STORY

I had a trio of them shipped to me from a Hmong family in North Carolina, and now I have a whole flock of them! They are hands down my favorite breed, and severely underrated and little known.