I'm thinking of purchasing this for my chicks? Any feedback or other ideas? Do you love this product and why? Thank for your help

Can you post a picture of the feeder or a link so we can see it?

It's a treadle feeder, I don't use them sorry. I use a 5 gallon no waste feeder.

KikisGirls said:
Can you post a picture of the feeder or a link so we can see it?
Click to expand...

Im sorry, meant to add. It's called a Grandpa Feeder? I believe. I'll add a pic 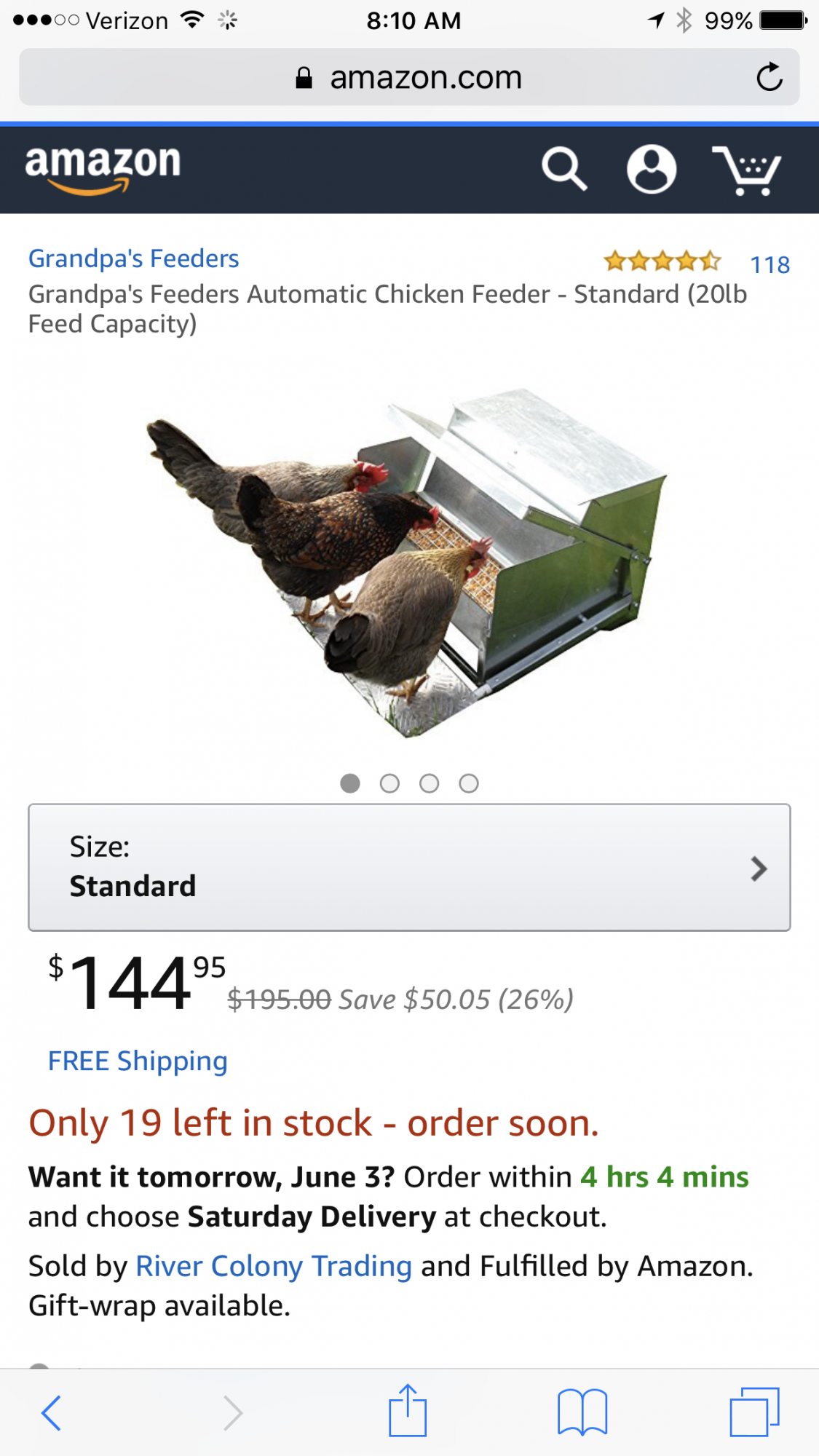 I have the large one and the small one. I put the large one in the coop last year but it enticed mice in so they are outside. Both leak sometimes and I have to scoop out wet feed. I just got the smaller one and after taking off top to put feed in, it wouldn't go back on (front screw would not go they hole) Finally got it on by putting front side on first..now it's stuck and won't come off). Now last night when I turned on porch light at 4 am, something was eating out of it. I heard lid slam and it ran off tripping auto light on a sensor on the coop. I suspect possum. Let's see...$350 for two feeders that are not waterproof as they claim, predators eat out of, lid that won't come off and 5 chickens max can eat out of at a time. Oh yeah, and the company won't respond.

The chickens didn't figure it out for days and once they did when the littles and bigs ate together once the bigs stepped off chow time was also abruptly over for the littles. It was a piece of crap and I gave it away.

I have the large size Grandpa's Feeder in the run and I love it! Expensive, but in my opinion, it's been worth the investment. It holds a lot of feed and has come in handy when I've left my flock for up to 5 days while on vacation.

My hens figured it out really fast (maybe 3 days) and I did use the training bolts it comes with. I have a standard (not covered) metal bin feeder inside the coop and they prefer to eat out of the grandpa feeder. Other huge benefit is no feed scratched out onto the floor. I'm considering buying the smaller size one to put in the coop and removing the bin feeder which they can scratch the feed out of.

My coop and run are like a fortress so I haven't had an issue with mice/rats but even if one got in the run, I can't see how they could get to the feed unless a chicken stepped on the treadle and the mouse/rat jumped in. The top is secured so rodents couldn't get in that way.

For me, it was the right way to go and worth the extra cost.

Suggestions for very long (but stable) feeder for fermented feed.
2